Agent3554 said:
If you plan to make Dragons mountable, I'd suggest adding that feature to adult Dragons, which will give players a motivation to take care of them, like how Pokemon does

Try implementing the Pokemon system with this method, like making Biome Dragons obtainable at any point (so people wouldn't compare the dragons by appearance because of damage), both have same damage, but have unique attack types, and their damage are upgradable by token dropped by vanilla bosses, which their damage will be based on progression-tier (Forest Dragon with Moonlord-tier damage for example)

The reason why I suggest this is because I don't want to switch to different dragons every time I progress in the game, like I don't want to abandon Forest Dragon just because other dragons are stronger, if so, I'd like to maintain the appearance of the dragon, but make it useful for longer run at the same time

Dragons having their own different amounts of damage defeats the purpose of keeping them in your journey, and dancing along with them, basically just using them as a disposable damage dealer, and ditch them whenever you don't find the dragon useful, also making them easily forgettable with another better mounts and weapons from another mod

Similar to Pokemon, you can progress through the game with just Magikarp, because of it's leveling system, which helps you fight stronger enemies equally without having to ditch to another stronger pokemon

As for making a dragon mountable, add a saddle item the sold by town NPCs (Dryad or Merchant), equip it in dragon with its own UI, or simply use it as an accessory to make an adult dragon available for mounting
Click to expand...

We will consider the feasibility of becoming a mount or pet.
As for the weapons in other mods that make dragons easily replaced, this is not a problem we can control. After all, the process of many mods has been extended a lot, and the weapons will naturally be much stronger in the end.

Satisfied to try your mod! ——
While I've had problem getting the Traces of the Blue Bee......It seems that I won't catch it by fishing at all! How do you gain them? Or did I misunderstand that?

M.Q.M said:
Satisfied to try your mod! ——
While I've had problem getting the Traces of the Blue Bee......It seems that I won't catch it by fishing at all! How do you gain them? Or did I misunderstand that?
Click to expand...

im a little confused when i play it the merchant sells the control wand. But how do i get a dragon to even control???

MintyFurball said:
im a little confused when i play it the merchant sells the control wand. But how do i get a dragon to even control???
Click to expand...

First equip the dragon you want to use (placed in the accessory), then use the Dragon Controlling Wand

Left button: Make the dragon take the initiative to attack
Right click: Let the dragon use the sentry ability

Maplecat said:
First equip the dragon you want to use (placed in the accessory), then use the Dragon Controlling Wand

Left button: Make the dragon take the initiative to attack
Right click: Let the dragon use the sentry ability
Click to expand...

MintyFurball said:
how do i get a dragon to equip?????
Click to expand...

You can buy it from a merchant.

I'll definitely keep an eye on this one to see how it progresses.

You know, considering the amount of mods that add some kind of thrower class, it might not be a bad idea to add a rod that does throwing damage.
Last edited: Nov 7, 2021

Oooooh. These guys are adorable! It's an interesting concept too! Who doesn't love dragons? And even better they're all unique looking! Will also keep an eye on this. 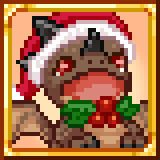 does anyone know how to get the lost dragon ball?
C

umm how do you get the dragon kings scales?

Merchant has them for a gold each. You can get scales from beating the lost dragon ball boss

This mod is a true Certified Hood Classic.
Will definetly continue to use this in the future.
R

This mod seems pretty neat already even though I've haven't been playing with it for that long, however I have thought up of a solution to the problem someone had before. It is simply a sort of experience system where over time via combat, the dragon will gain more and more damage. Perhaps other stats too. I am not sure if it should be damage based or hit based though. As in, the dragon needs to deal X damage or Y hits to level up, this would scale based on their damage and be lower for (as in less EXP needed) earlier dragons until a certain cap (maybe like 50dmg for example), and the EXP needed wouldn't increase but the dragon would only get like one or two more damage per level.
Last edited: Mar 3, 2022
You must log in or register to reply here.
Share:
Facebook Twitter Reddit Pinterest Tumblr WhatsApp Email Share Link
Top Bottom