First, we would like to thank each of you for your patience and support while we worked to get our brand new website and Official Forums off to a fantastic start. We really hope that each of these will enhance your Terraria experience!

That said, we certainly know that everyone has been anxiously awaiting any word – or even a whisper - around the goodies that await everyone in the upcoming Terraria 1.3 update. Well, Terrarians, you shall wait no more, as we are ready to reveal another round of 1.3 information!

This time, we wanted to share some changes that will help make Terraria feel more "alive" along with a few random tidbits that we think you will enjoy. We are still going to hold off on sharing the coolest stuff – we may share some of this in the coming weeks, but we also want to stay true to our philosophy of letting our players discover things on their own.


As a special TCF launch weekend event, we will be sharing additional spoilers throughout this weekend - based on how many people sign up on TCF (plus more if we are feeling generous). So sign up, get involved, tell a friend!​
Be sure to watch this thread (and other locations on TCF) carefully during the launch weekend - and to jump right in and get involved on TCF! You never know when a spoiler might appear... 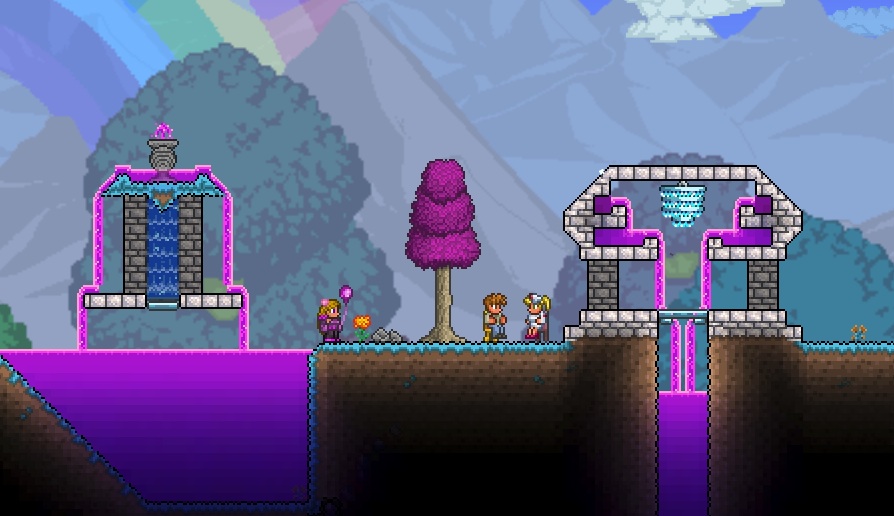 Terraria NPCs have always been helpful – and witty – but limited in what they could do. 1.3 brings a number of NPC animation changes that are intended to help bring them to life and make them feel more like an interactive part of your world. While we were at it, we decided to go ahead and give our crew of NPCs a visual "makeover".

Oh, and we’ve also improved their AI – for example, you won’t have to deal with the Merchant standing in front of your chests/piggy banks anymore (seriously, what was he doing there anyway)? 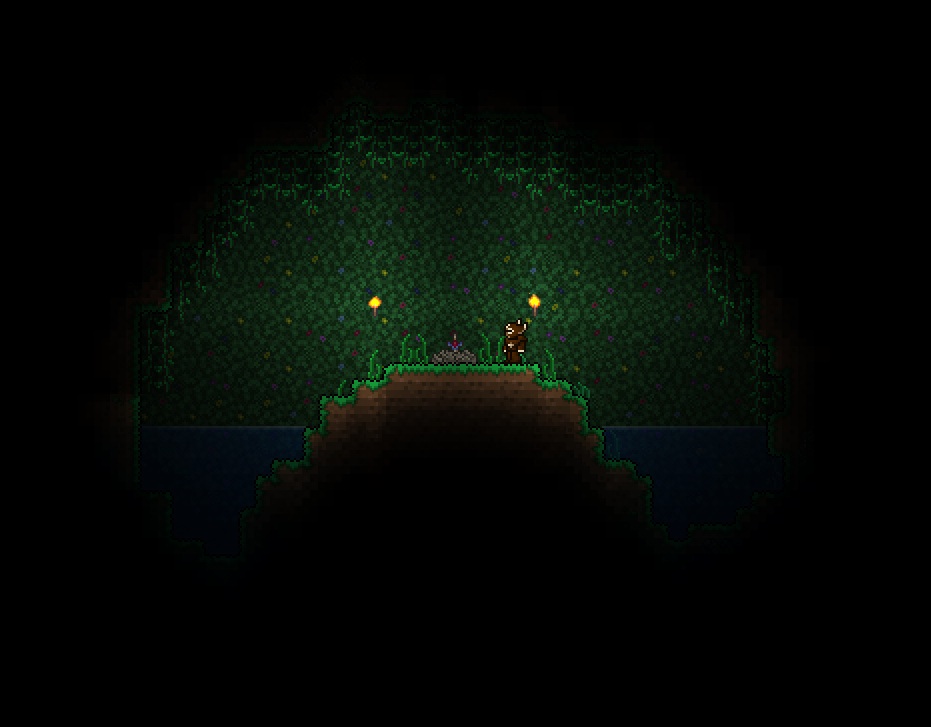 Terraria 1.3 will introduce some subtle – yet exciting – changes at the Worldgen level. First and foremost, starting areas will be cleaned up and smarter. In addition, a handful of Mini-Biomes have been added for intrepid explorers to discover.

Terrarians have always been a little “stretchy” in the torso – and quite visibly so when running! Lazure is taken care of that by putting that spring in their step. The end result is that your character will look much more natural as he/she runs around in their world!

Re-Logic Team News​
Interestingly, the rumors of Redigit’s fully moving on may have been a bit premature. He is back in the lab, cooking up something devilish to torment even the most hardy of Terrarians!

Finally, we would like to announce that Loki is now a part of the Re-Logic team. He will be handling the role of Community Manager across all of our games - Terraria and beyond. Please join us in welcoming him to the team!

We would also like to take this opportunity to pass along a quick note from 505 Games:
“We were delighted to bring the MASSIVE 1.2 PC update to console audiences earlier this year, as a free content update for PS3, PS VITA and Xbox 360, and in doing so opening up a whole new world of possibilities to Terrarians,” said Richard Gittins, Senior Brand Manager at 505 Games. “The passion expressed by Terraria’s community fuels our ambitions to do justice to the original PC content and continues to drive forward development on next generation console platforms also, with our PS4 and Xbox One releases getting closer every day!”
That’s it for now. We can't wait to hear your reaction and wanton speculation based on this latest round of 1.3 information. Stay tuned to Terraria.org and the Terraria Community Forum for future spoilers, news items, and community features in the weeks ahead!

Staff member
Re-Logic
Administrator
The Crimson is getting a bit of attention in this update.

When smart cursor is enabled stairs will place automatically. 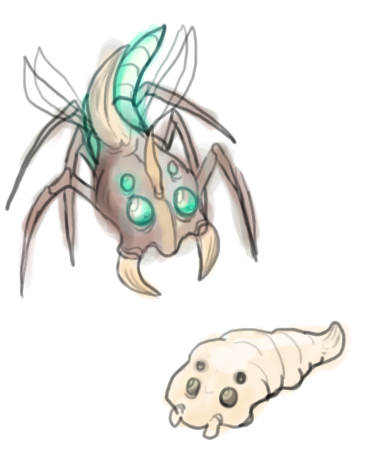 Concept sketch by Crowno. You will see these guys in one of the new events...

Something Yorai has been working on...I will let you speculate.


One of the three new mounts!

Lazure gave some older NPCs a bit of a facelift.

The hype is real!

Had the opportunity to have a big discussion with my Twitch Chat live to talk about spoilers within this thread, Crowno and Cenx joined us in chat!

Awww yeaaaa, keep it up team! Let's see people say they're aren't at least a little bit hyped now!
B

Finally! i was waiting for NPC updates!

Can't wait to see what the minibiomes will be like.Hoping they will be something new and amazing!

Can't wait! Finally a fix for the NPCs standing in front of the chests! I'm looking at you, Dolbere.
Also, could you give a few examples of these new mini biomes you speak of?

This looks pretty exciting! I wonder if these mini-biomes include some dungeon-like areas that contain loot at the end of them...

the enchanted sword on the stone....soo awesome

OH MY GOSH, SO EXCITED!
Now when the heck is the update going to be released?! *bounces in chair*

So excited for 1.3, also what is cenx wearing in the first image? Looks similar to cobalt armor.

This spoiler finally made me hyped for 1.3

This is the best thing ever.