Beating Terraria with a flare gun

This is now finished, the moon lord has died.

I decided to make a thread with the progress of this challenge run. I've been, leisurely, beating Terraria using a flare gun, usually killing 1 or 2 bosses a stream and streaming twice a week. At the time of making this, I'm about to kill the last mechanical boss, Skeletron Prime. I'll reply to the thread with updates as I progress.
The character is in Journey mode for the sole purpose of pausing time for the mechanical bosses, because otherwise the game would not be possible to complete. The only other Journey mode power I've used is increasing the difficulty.
The world is set to master mode most of the time, and bosses were fought at these difficulties:
Master- Brain of Cthulhu, King Slime, Skeletron, enraged Queen Bee, Skeletron Prime
Expert- Eye of Cthulhu, the Twins, the Destroyer, Plantera, Golem, Vortex/Stardust/Solar/Nebula pillars
Normal- Wall of Flesh, Lunatic Cultist, Moon Lord
Did not fight- Duke Fishron, Empress of Light (although I have killed her with a flare gun before), Old One's Army, Pumpkin/Frost moon, Queen Slime

Cool, now do it again... with a copper shortsword

At least you can kill wyverns easily

you have such good patience, 9 hour long fight. i also love how chill the reaction was

Both occasions took a very long time. . .
Click to expand...

" when master mode is just too easy"

Both occasions took a very long time. . .
Click to expand...

Same person also did the moon lord on master with a wooden bow. No idea who would do something like that, though.

SorbetCafe said:
Same person also did the moon lord on master with a wooden bow. No idea who would do something like that, though.
Click to expand...

willcocobo said:
you as that and yet you are doing it with a flare gun lol
Click to expand...

what signature i can see anything


And boy, this fight sucks. Took about 9 hours on normal mode, not counting the failed attempts, with them it was like 15. This is the only fight I didn't stream or make into a video. Definitely the worst boss so far (probably overall), phantasm dragons are a nightmare when you can't kill them

On the bright side, just the four space burritos and moon guy left

The space breadsticks are pretty much dead, decided to kill the enemies indirectly with lava instead of with the flare gun since this part of the game is not very fun. I do still have to deal 20,000 damage to them with a flare gun but that's just sitting where enemies can't spawn and shooting for a few hours, hard part (the shields) is done. 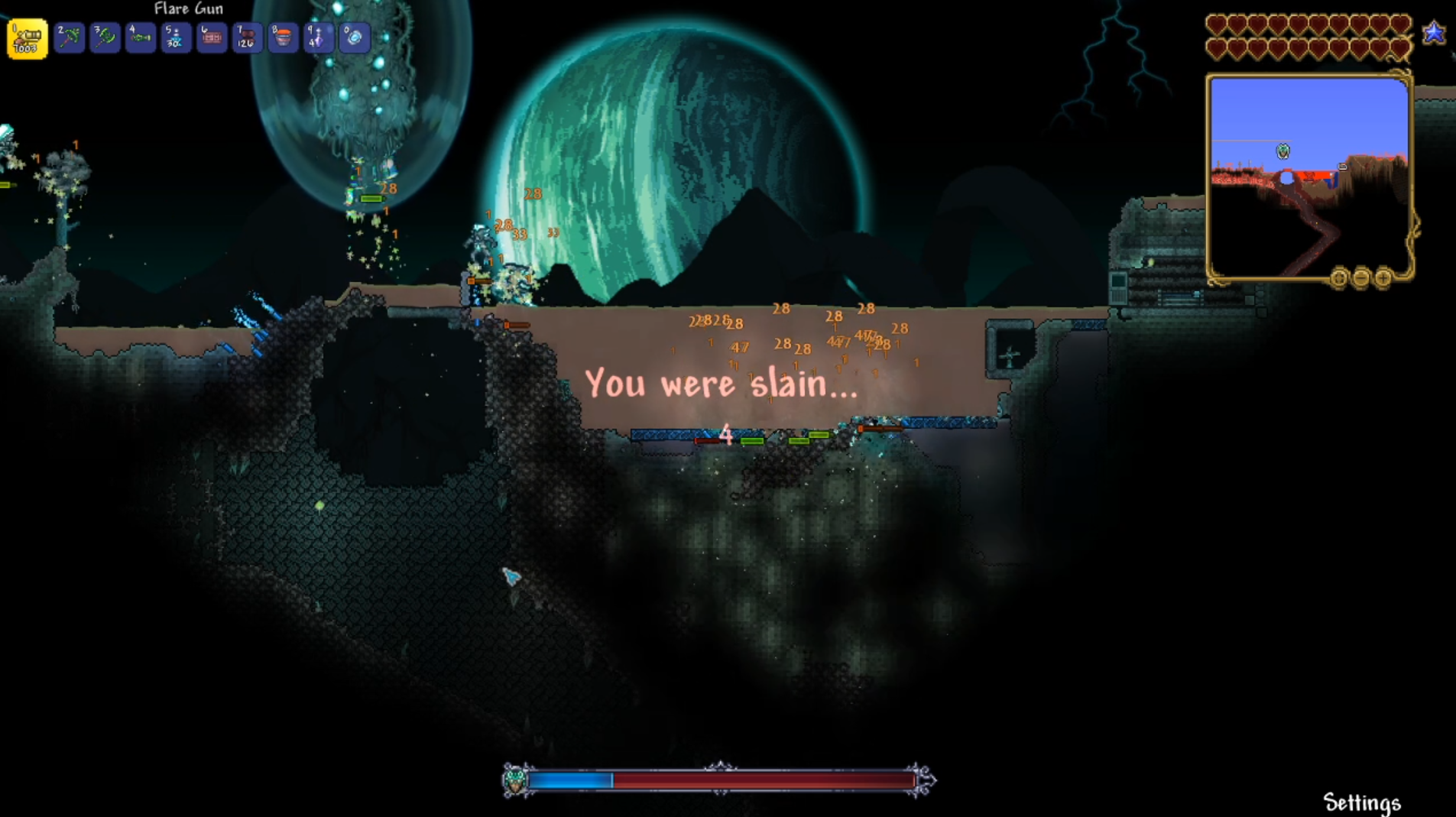 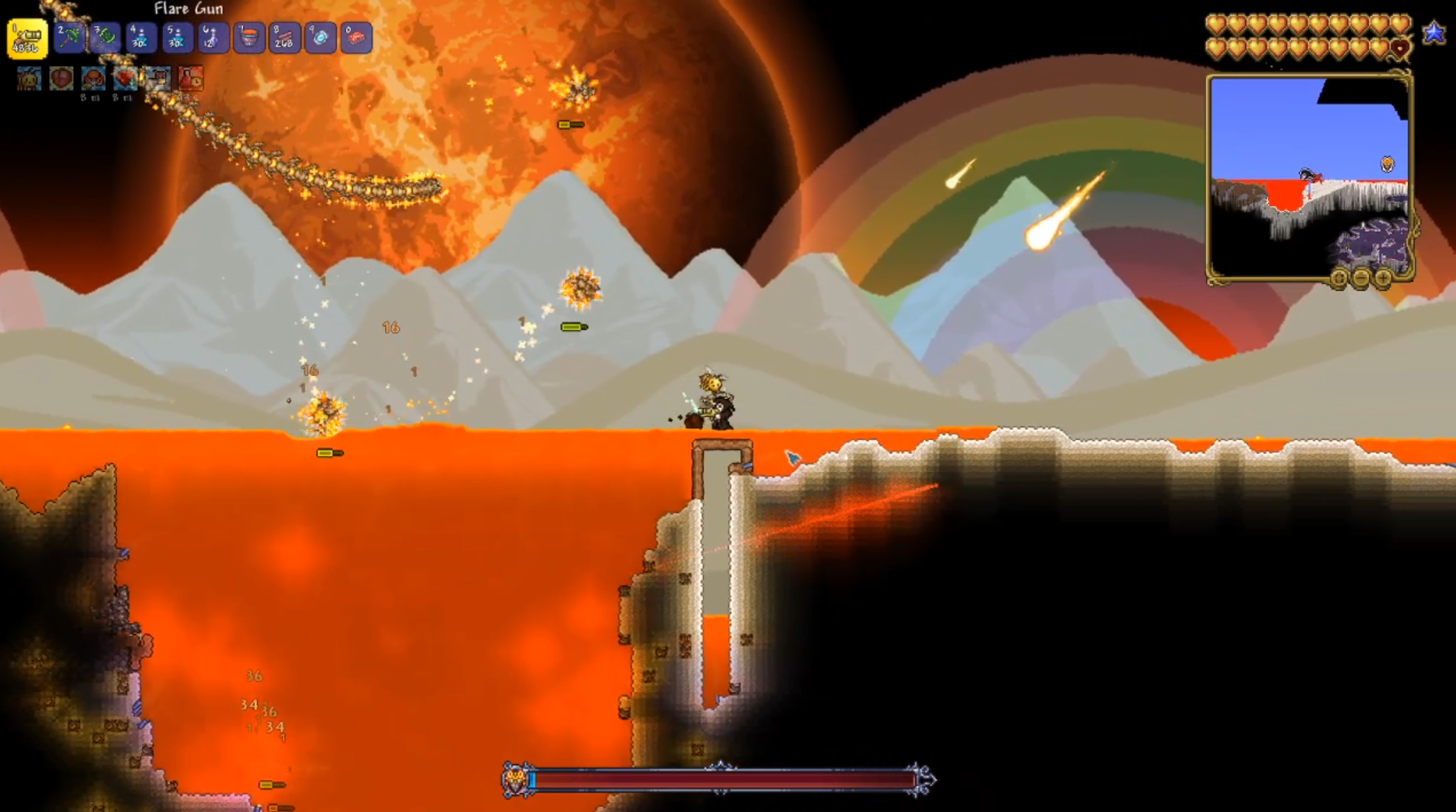 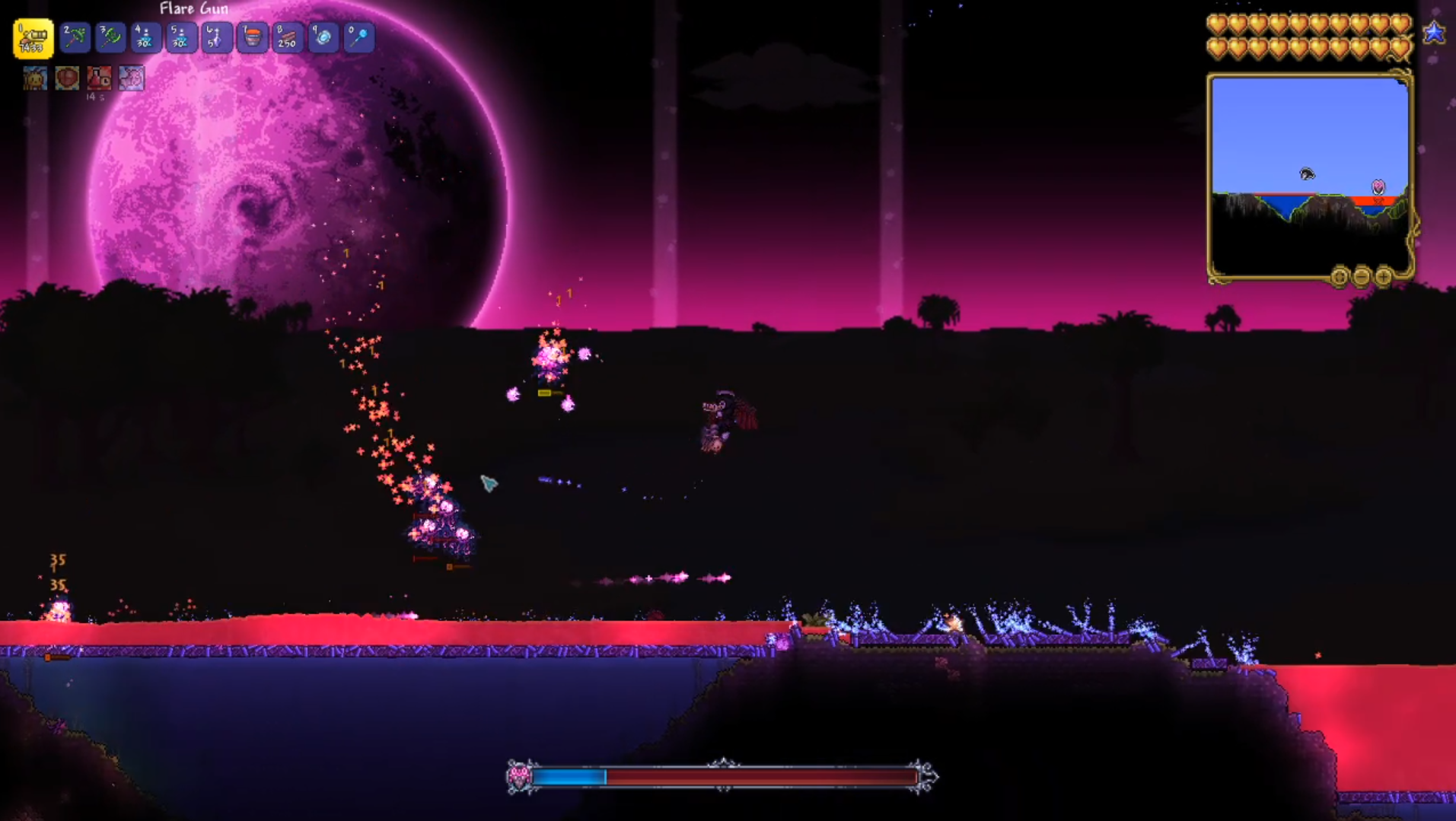 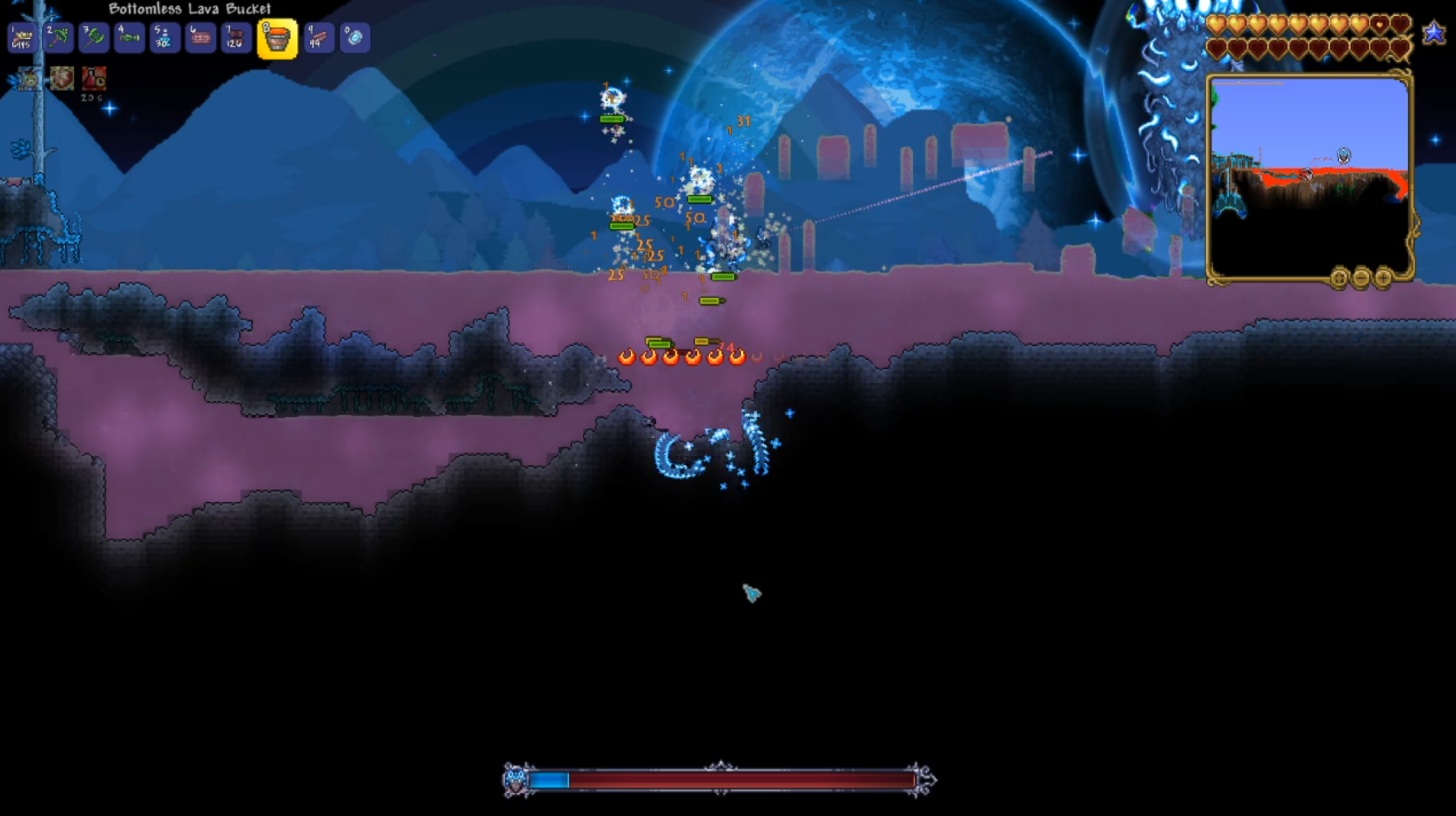 I spent a few minutes finding a method that should stop the moon lord from healing, so hopefully that's consistent enough to pull off for the whole fight. Can't use the nurse, she's too expensive, and can't use the starboard since that requires killing him first. So, teleporters are the next best thing.

do the teleports prevent him from healing?

willcocobo said:
do the teleports prevent him from healing?
Click to expand...

Not exactly. His healing is tied to the moon bite debuff, which he inflicts with his tongue. You either need to tank/cure the debuff with the nurse (was possible in 1.3 when she was cheap, but paying ~20 gold now makes that a bad idea) or not get hit by the tongue in the first place. When I did it with a wooden bow on master, I used the celestial starboard, which is able to outspeed the tongue. The tongue doesn't teleport with the moon lord, so by teleporting back and forth I should be able to dodge it. It moves at like 83-84 mph if I recall correctly
You must log in or register to reply here.
Share:
Facebook Twitter Reddit Pinterest Tumblr WhatsApp Email Link
Top Bottom