Notice: We need spriters! Message me if you're interested.

​
This mod aims to completely redo the world of Terraria and everything in it. In essence, it changes the entire world to fit one vanilla biome--in this case the Jungle--and then works on recreating the other biomes themed after the main biome. So, say, in the case of the Dungeon, it's the Mayan Temple, or instead of the Sky, it's the Canopy.

Compatibility​
Now, I do realize that, as a mod, this will practically destroy compatibility with most other mods. This is both due to the whole world being removed, and for custom spawning being used instead of vanilla spawns. I will try my best to add the following:
All recipes, items and projectiles that can be found in the world should still work fine. Message me if you have any further questions with compatibility.

Developers & Thanks​
Developers:
Spriters:
Programmers:
Tracks:
The Flooded Rainforest: https://soundcloud.com/miguel-guevara-895087321%2Fdrowning-forest
More tracks will be added in the future!
Thanks to:
My sister for a couple sprites.
tModLoader & devs because we couldn't do this without it, and from which I stole this beautiful separator.
MrMarcinQ for some sprites.
Trivaxy for some code and one sprite.
gratgaisdead for a boss fixup.


Discord​
Questions on this thread or here: Discord - A New Way to Chat with Friends & Communities
Spoilers are also shared early on here.


This mod will be released once Prehardmode is complete or nearly complete. This will allow the team to get feedback before the full Hardmode update.

Content​
Note that this will be added to very slowly, I'd rather keep bigger secrets hidden.
NOTE: Healer class has been named druid class, please note that it could be changed to some other name.

Uploaded to the mod browser as a mini-mod, Rain Effect! 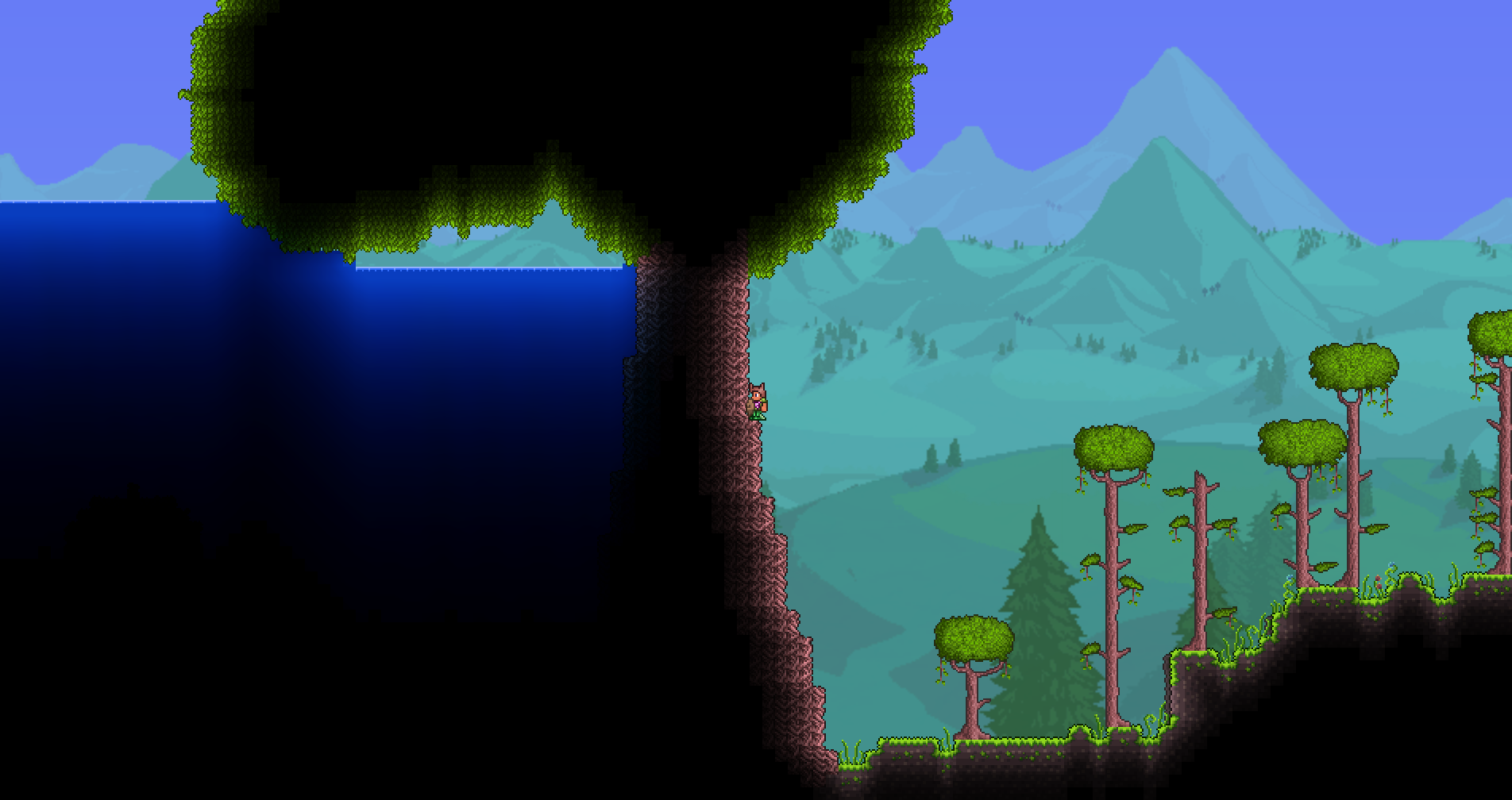 Ocean counterpart, this is one of the trees that spawns there. You may also see one new shield on the character. 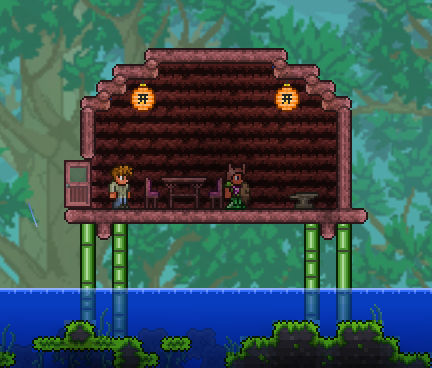 Looks pretty insane to play through and code. Good luck!

This looks sick! Really excited to see what you'll do with this.

You should make a Discord! This mod looks insane!

pfft nah remaking the entire world is easy, right? Thanks.

Graydee said:
This looks sick! Really excited to see what you'll do with this.
Click to expand...

Super excited with the ideas we currently have. Thanks again.

TheGeckoGamer said:
You should make a Discord! This mod looks insane!
Click to expand...

Done, and agreed. What other mod replaces the entire world?

New track for the Flooded Rainforest, composed by my brother:
https://soundcloud.com/miguel-guevara-895087321/drowning-forest

Also added this to the thread, if need be.

Little spoiler to go along with that song:

This seems incredibly cool! Absolute best of luck in the creation of this mod. Hope it goes well!

So far progress has been made. Earlygame now has one more ore, and that ore has a unique concept with it. World Gen has been improved significantly (among other things, there's water). Will update thread shortly.

Welcome @Koopahunter197 to the team as a spriter!

Ohey Gabe, i support this. can i help you in some way (being a spriter)

PM me a sprite, the best possible, on here or on Discord.

Alright, welcome @Ca595 and @TheGeckoGamer to the team as spriters!

Progress has slowed a small amount, but there's now loot in the Flooded Rainforest, pots in the world, and a second ore.

cool, more than that thanks for letting me on the team!

This mod looks like it can be really amazing. Looking forward to it!

Added underground water pools, added a bunch of tools to the now three prehardmode ores, and added some more chest loot. Also made it so you can't spawn in lava (that was a fun test). Also added traps to the underground.

More Major Announcement
This mod will have a healer-style class. I've already asked DivermanSam (from Thorium), so don't you say it's stealing If ya'll didn't notice, in that raining effects spoiler, there's the first healer item. More will be shown later.

Welcome SnakeBlock back onto the team!

Progress has slown, but the floating island alts are in but unfinished, I've started the Bramble (now renamed the Barren), and finally added that gold ore alt, which also has a really weird name.

Since I feel like I should spoil rather often, here's the massive Beehives in the world: 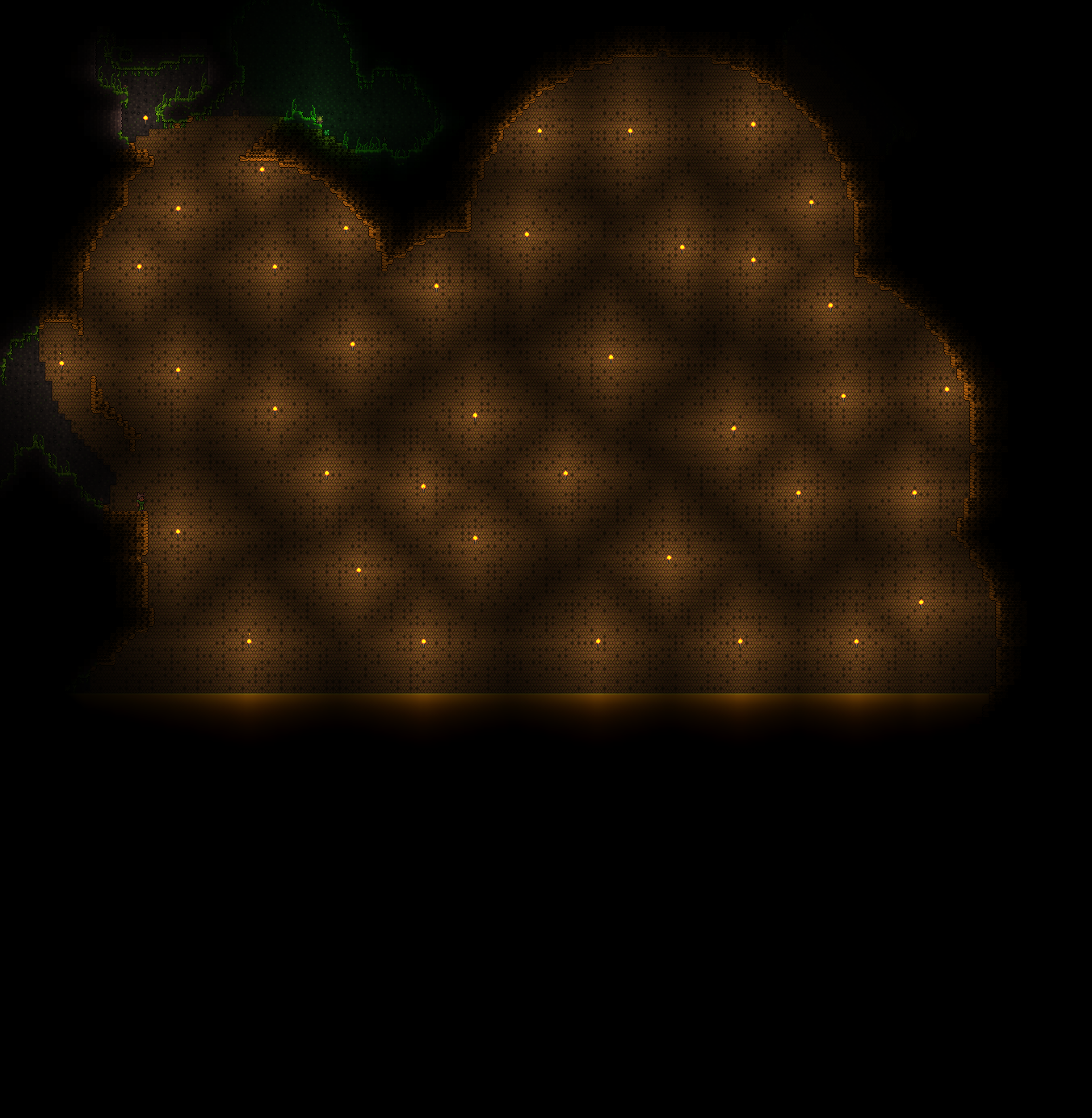 Player is on the left for reference.

Interesting idea. Wondering if you've got other similar ideas in the works.

I do not, actually; while it would be cool to have multiple of these, it would also mean I have to redo the world multiple times, and all that entails.

Also having way too much fun with making all caves massive, lol. 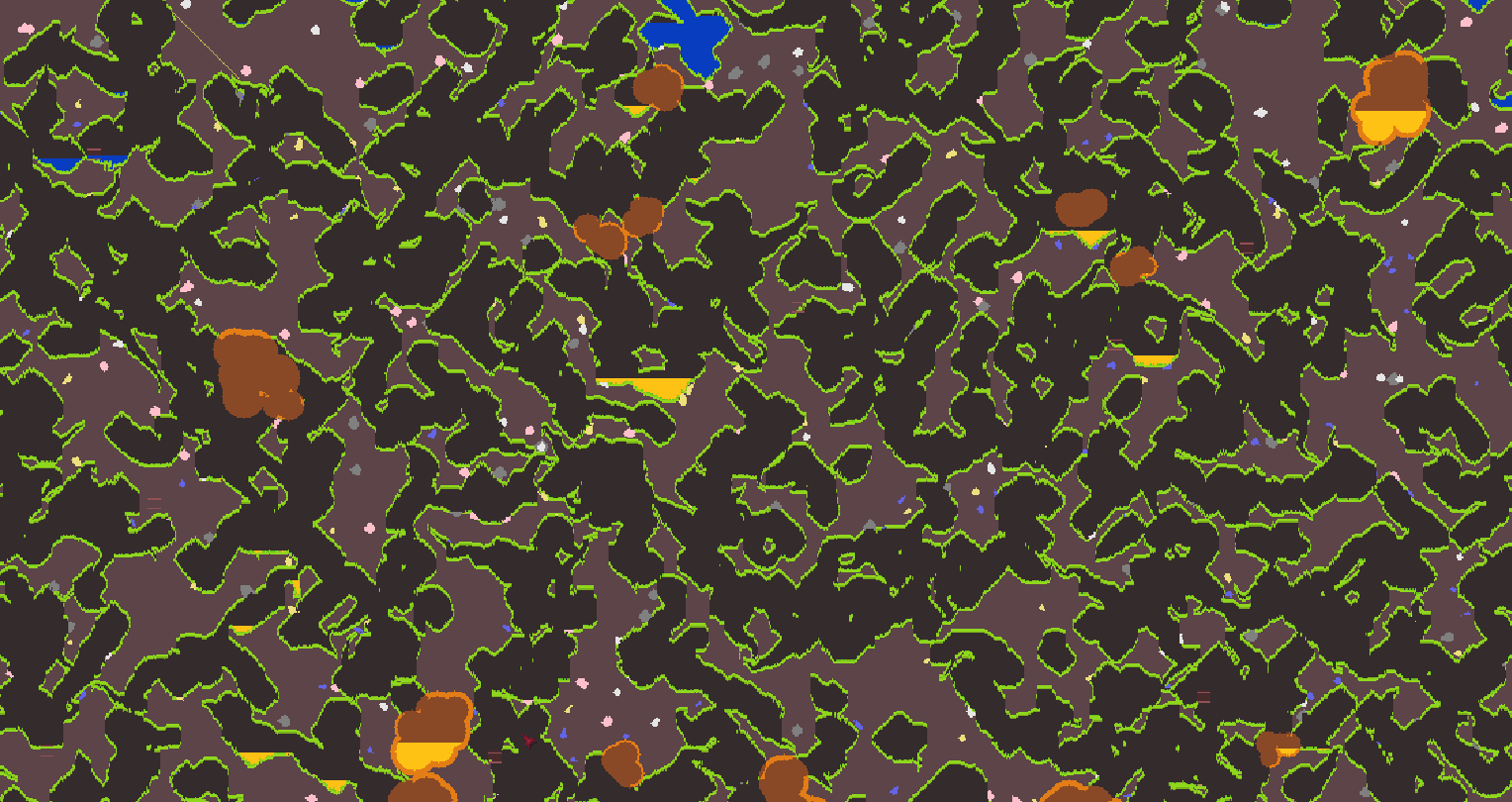 Have fun trying to see what those ores are. 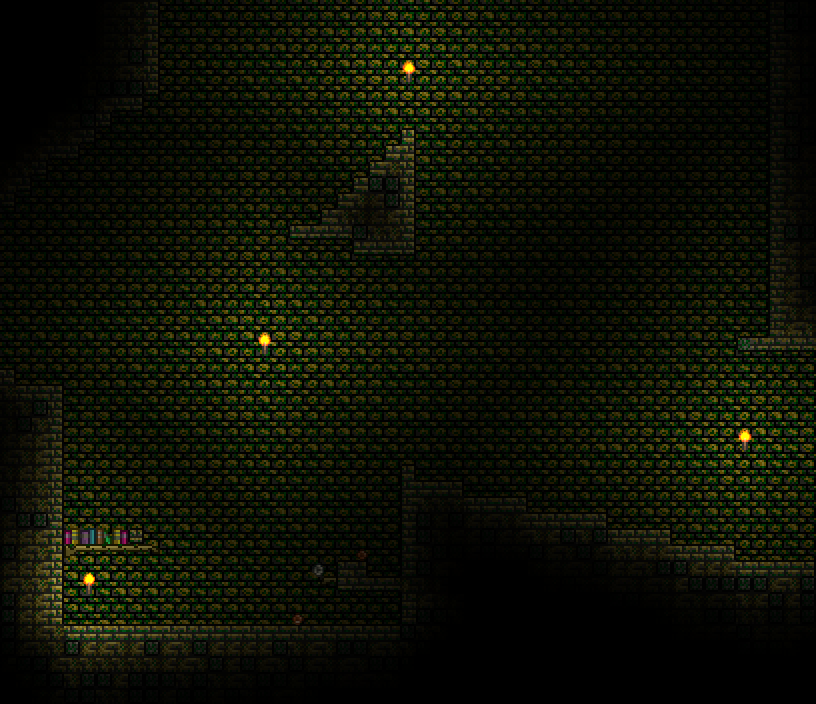 The Mayan Temple is going good, unfinished inside of the Temple. Torches placed by me, rest naturally made. Stay tuned for more Mayan Temple stuffs later

Added more tools to the four ores, added a pretty fun accessory (hint: bubbles), improved cave gen some more, fixed some bugs and played this mod myself for an excessive amount of time.

Another spoiler, this time an accessory.
(again, if someone could tell me how to attach gifs directly it'd be nice)
It's honestly pretty fun to use. Called the Magic Bubble, it is the Cloud in a Bottle alt, at least for right now.

Did major work on the Mayan Temple, it's far closer to complete now. The Flooded Rainforest is now practically complete, minor polishes here and there is about all I need to add. Beehives are also complete, excluding items which I'm counting as a seperate percentage. Added a couple things to ores, not as much, added the first full armor set (it's not what you think), fiddled with the Barren's generation, fixed up underground houses, added more progression, worked on the first boss, and added a way to drown outside of water.