dvl013112 said:
Hello the list is not checking eater of worlds I spawned it in with item and by breaking the bulbs anyone know why
Click to expand...

It's probably a mod you have enabled, either bugging out, or adding additional encounters to each boss. For example, I've heard that some mods make you fight the normal boss and then a smarter version to finally beat the mod.
X

dvl013112 said:
Hello the list is not checking eater of worlds I spawned it in with item and by breaking the bulbs anyone know why
Click to expand...

Would it be possible to have a menu option to specifically disable the Frost Legion?

Because the event is impossible to complete outside of the holidays, the "what to do next" indicator gets stuck on it.

Small gripe, I know, but it bugs the completionist in me.

MaxAstro said:
Would it be possible to have a menu option to specifically disable the Frost Legion?

Because the event is impossible to complete outside of the holidays, the "what to do next" indicator gets stuck on it.

Small gripe, I know, but it bugs the completionist in me.
Click to expand...

As it stands right now, you can Alt+Left-Click the entry on the Table of contents to hide it.
And iirc, pagination should reflect that as well.

Having the mod enabled makes me unable to respawn.
Z

I have disabled mode, beacause of boss didn't spawn. I used boss summon and heard sound boss. And that's all

Basically what the guy said above me, It was working all day and all of a sudden I couldn't summon any bosses. I went though every mod that i had installed and tried each individually. Eventually i got to boss check list and this was the one giving me problems.

Since the last update Flying dutchman spawn during the pirate invasion froze my game. Not the whole game though. The game keeps running, pirates keep attacking, my minions keep damaging the pirates, but I can't move my player character. I cannot open inventory or menu. Strangely enough, I can disable buffs by right-click, or open "level+" mod level-up screen. But it only works with UI elements and I cannot interact with the world. I also stop receiving damage (even though my minions are still killing pirates). This is true for all characters that log in to the pirate fight. It all goes well until flying dutchman spawns.

Update 2: Using cheatsheet spawned a flying dutchman mob outside the pirate invasion. While it was alive experience previously mentioned symptoms. Fortunately, if you have cheat sheet menu already open (you cannot open it with keybinds during the fight), you can still use NPC butchering tool and kill it, which immediately unfroze everything.

Update3: I thought it would important to mention that before the update I played with "Stars above" mod with multiple quality of life mods and pirate invasion worked fine. Now I'm playing calamity+fargo souls (with stars above disabled), so might not be update at fault, but those two mod combinations work badly with a boss checklist ( I will mention that this combination worked fine with checklist during 1.3.5 terraria). This seems like too much effort to check, so I'll leave it at that.
Last edited: Jun 26, 2022

Yep also had similiar problems yesterday, today the mod had an update and now every boss Spawns twice lmao.

When the boss spawns and then im kill him, there is no message in the chat that he is dead and he is also not listed as dead in the journal... bruh

boss checklist for 1.4 stable seems to have a bug
-respawn countdown stops at 1 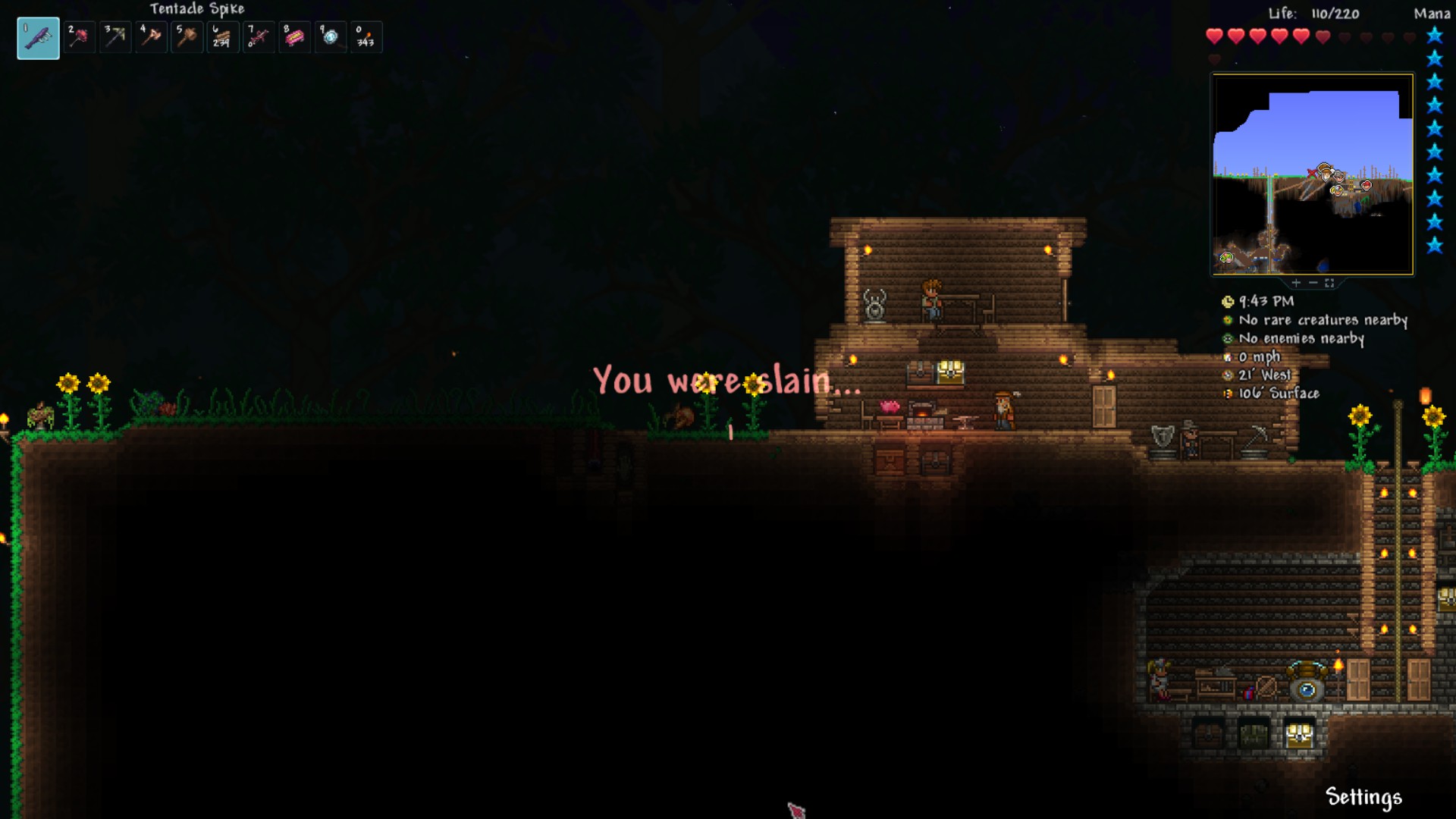 -your hp "recovers" but you're still dead

Huh that’s really odd, I don’t have this happening to me.

Just a heads up, not sure where to report this but there's a glitch atm with the latest version on 1.4 where when the king slime event happens, the king slime himself just keeps spawning after being killed. Happened on a multiplayer world in expert mode, not sure if that effects it. Removing the mod stopped the event from continuing.

tModLoader
BossChecklist updated to 1.3.5, should fix the multiplayer boss issues. Please restart steam while tModLoader is closed to trigger a workshop update.

Boss checklist has a conflict with Calamity mod. Somehow it breaks respawn timer (check this screenshot) and prohibit player spawning when Calamity and Boss Checklist both enabled.

Have a weird glitch that happens when a mini boss spawns. The game will play as normal but as soon as a mini boss spawns (this has happened with hardmode giant clam and flying duchman) the player freezes, whether its mid air or on the ground i stop. I cant click anything or pause the game, all my summons disappear and i stop taking damage. However the strange part is everything else continues. The clock moves on, enemies still move and attack me but cant hurt me. I have other mods installed but re enabled them one by one and this only happened when i turned on boss checklist. I also got it to repeat every time with the flying duchman so its not a once off thing. The mod also doesnt ask for an update on tmodloader so whatever version is on there right now is what i have. Let me know if theres anything else you need to help fix this.
N

kinda big issue, i cant scroll down in the boss checklist, which makes it so i cant see what the next stuff is, and what to do, like if i want to skip some bosses cus they're annoying to spawn or to find, i cant see what the next boss is if i have to scroll. Even if i have cleared all bosses you can see without scrolling, it doesnt let me scroll further anyways. If there's anything i can do about it pls tell me

I think related to Xo6a's issue, I noticed that Boss Checklist's countdown sound effect has either changed, or is bugged, since some time ago, though I can't pinpoint the exact version. The countdown sound effect now starts on 4, beeping 3 times before playing the Magic Mirror sound effect at 1. If Calamity affects the spawn timer at all, I wouldn't be surprised if this was related.
Edit: Oh after actually having a chance to look into the github, I suppose this timer sound effect change is intended.
Last edited: Jul 16, 2022
You must log in or register to reply here.
Share:
Facebook Twitter Reddit Pinterest Tumblr WhatsApp Email Share Link
Top Bottom