Dumbest reason you have been kicked/banned from a server for

Got banned from the terraria discord at least a year and a bit ago for asking for an apology when I got dragged into some drama by someone for no reason, who straight up insulted me and made many assumptions. I literally put a sorry would be nice but ok, then got banned for instigating/prolonging an argument. Still banned for that btw.

I remember years ago I used to play on Minecraft classic servers (RIP) and my brother once went on one and griefed and got banned, and of course my IP was the same so when I went back on they banned me and didn't believe I was his brother. Other than that I haven't really been banned from any other servers, well expect one other Minecraft one where I mined a 2 block high gap to enter someone's house as their door was locked

I was banned from a Terraria PvP once for having vanity that resembled Jotaro Kujo once...

Was it even intentional that the vanity looked that way?

Yes it kinda was although I was trying some things out if they looked decent, so I can be partially blamed for that too.

Wait what's wrong with that?

I don't mind anime, but the anime fans on the other hand.....

Also back on topic: On a few minecraft servers I have been called a hacker when I killed someone, but they were just bad at the game.
Last edited: Jun 15, 2019

I have been banned from servers and forums for offering advice to admins and moderators, Note: I have years of experience as a mod and admin of various forums and servers, and am usually up front about this detail when I introduce myself. I guess they didn't want to be upstaged?

It’s explained in my information tab, but I once got banned from this Minecraft PvP server called Mineage. I was accused of hacking, which I didn’t. It took me months to appeal, and in the end, I had to say that I did indeed hack, which, once again, I didn’t.
That server had a

ty community anyway. I shouldn’t be surprised. My innocent mind didn’t know at the moment (I was 12).

I was once banned from a discord server with a completely nonsense reason.

There was a very known troll in the server and tricked the one who banned me into getting mod. Unfortunately enough, that admin was more gullible than Knuckles and the troll threatened them with completely dumb things, but of course, the admin believed and then modded them.

Not much later, ALL CHANNELS except General were deleted. Soon after, an other admin banned the troll. I was just about to say who it was, but then the admin who modded the troll banned me (later turned out it was because of fear of losing their admin rights. Also, side note, myself was an admin in that server, so they weren't allowed to do so actually.). Bad for them, the owner got online and demoted that very admin and restored the server.

It wouldn't be too bad of a thing if that admin who modded the troll wouldn't be a former very good friend of mine. Former, because they blamed it on me, I got them demoted and what not and because I had enough of them at that point already, I just blocked them.

TTSp00k the Invincible said:
While I doubt this actually counts, I used to be a part of this minecraft server called minechest.
It was really great, but it had a few quirks...
1.It was kind-of laggy.
2.Its hack detector was broken.
I CAN NOT tell you how many times I was kicked-off and accused of speed hacks EVEN THOUGH I was using a BOAT TO CROSS A

Yeah, I got banned for one day on some server that let's you buy a fly command. I flew over the pvp arena a few times to get to the mine, and the admin said not to, even though it's kinda promoting you to do it. I said to him that I can fly where I'm allowed to, and I got banned.

I was kicked from a Blockheads server for being AFK. This is my reaction: 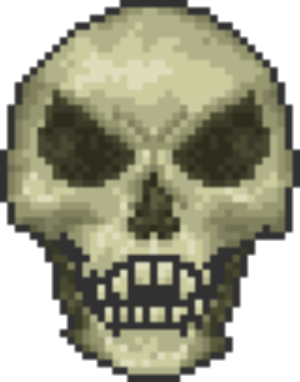 Kicked from a roleplay server because I didn't like Undertale nor Deltarune. The server was pretty toxic so I didn't care tbh.

One time, I got banned from a discord server for stating that I was a furry. In the

posting channel. Where they had no idea if I was being genuinely honest or not.

They also stated that no one would be punished for their beliefs.

Orifan1 said:
One time, I got banned from a discord server for stating that I was a furry. In the

posting channel. Where they had no idea if I was being genuinely honest or not.

They also stated that no one would be punished for their beliefs.
Click to expand...

i think they though you were making fun of furries or something, wit hthe fact you put it in

blazeykat said:
i think they though you were making fun of furries or something, wit hthe fact you put it in

Couldn’t have been. I have the ban reason to prove it (they ban through a bot)
The ban reason? “Furry”

Orifan1 said:
Couldn’t have been. I have the ban reason to prove it (they ban through a bot)
The ban reason? “Furry”
Click to expand...

I used to go to MxRP, formerly called MSPaRP. You see, around the time the site converted over to MxRP, I used to be a frequent around quite a few places. Undertaie, MultifandomRoadtrip, so on and so forth. Once those places died down, I went into a period of not only late-stage puberty, but also trying to find a new place to roleplay in that'd at least be accepting of multifandom. (Funny thing though, I'm actually considered "The legend of Multifandom Chats" over there. Whodathought?)

Time passed, nothing of remark happened... but then one day, while I was out looking for any 'ol multifandom chat to get my RP thing on, I found one set in a fancy manor. It wasn't remarkable in a lot of ways, but there was one thing that did a number on my self-esteem.

Yeah. Whoever was running the place aparrently got a whole bunch of supposed horror stories about me, and just decided that rather than try to talk to me about it and see if I'd be a good fit there, they'd just straight up blacklist me because a good-sized chunk of MxRP started to adopt the cancel culture policy: "One strike, you're permanently

ed over for the rest of your entire life, hope you like having a huge bounty over your head". It horribly shocked me back then, but nowadays, I see it as one big disappointing and spineless move.

It is true that I was kind of an jerk (or just plain oblivious) back when NewPaRP was at it's infancy, but I'm fairly certain I've mellowed and matured since then.
You must log in or register to reply here.
Share:
Facebook Twitter Reddit Pinterest Tumblr WhatsApp Email Link
Top Bottom