Basically i try to load terraria or tmod loader and they wont load. Any other steam game will. So i went to properties and clicked validate game files on terraria and it said "1 file failed to validate. File will be reacquired"
I did the validation again and it says the same thing.

In Steam, right-click on Terraria, then select Manage > Browse local files.
Start TerrariaServer and follow the instructions if any. It might output some errors. Please post those here.

so i started it, what next

Were you able to start TerrariaServer without any issues (and follow the instructions until it starts hosting a world)?
There weren't any errors?

it didnt give instructions

Try restarting your computer, then try that again. If it won't even output errors or give instructions, then something is seriously wrong.

Please get back to me when you have done that.

ok so i restarted my computer and it still doesnt do anything.

It's very hard to troubleshoot when you don't have anything to go on. The most common issues for Terraria are either faulty/misconfigured graphics drivers, or issues with .NET and/or XNA. Sometimes .NET issues can only be reliably fixed by reinstalling Windows. I hope we don't have to go there.

You could try updating/reinstalling your graphics drivers next. Sometimes weird things happens when they aren't ok. For performance reasons they aren't as fault tolerant as other drivers. If you are using a laptop, some higher end laptops have a dedicated GPU as well as a GPU for low power usage. Terraria used to have trouble with that before 1.4. Don't know how it is now. You should switch to the more powerful one before starting Terraria and not use automatic switching.

I wouldn't mind knowing a bit more about your computer, Windows version, CPU, amount of RAM.

Does other games work ok?

my other games work.
the one im having problems on is the computer in the living room
windows 10
i dont know where to check my cpu, but i know my gpu is from asus
the amount of ram is 12

There are various ways to get that information (it's Windows). One way is to right-click on the computer icon on the desktop (if there is one) and select properties. Other ways is to look in Settings for System (or you could try searching for that).

Are you sure about having 12 GB of RAM? That suggests to me it might have been upgraded at some point. If whoever did that is still around, you may want to ask that person to help you. It's easier to troubleshoot computer issues hands-on, rather than over the web.

Does other family members use that computer? Are you all using the same account, or are each using their own account?

Have you been able to run Terraria on that computer before, or is this the first time?
Last edited: Jan 20, 2021

the problem is probably from the upgraded ram

RAM issues may cause very weird problems. It's strange though that your other games worked.

When changing the hardware it's recommended to enable more checks for errors. The BIOS which handle the startup should have an option for enabling more thorough checks of the RAM (you can disable that later when you are certain everything is ok). Getting into the BIOS settings may not be that easy though. Most computers only show that screen (right when you start the computer) very briefly. You need to press a key on the keyboard when you start. Nowdays it's mostly the DEL key, but it varies depending who made the computer.

Make sure there are no dust in the socket(s) for the RAM modules. It's important that they are as clean as possible. Then try to reseat the module(s). Hopefully it will work. 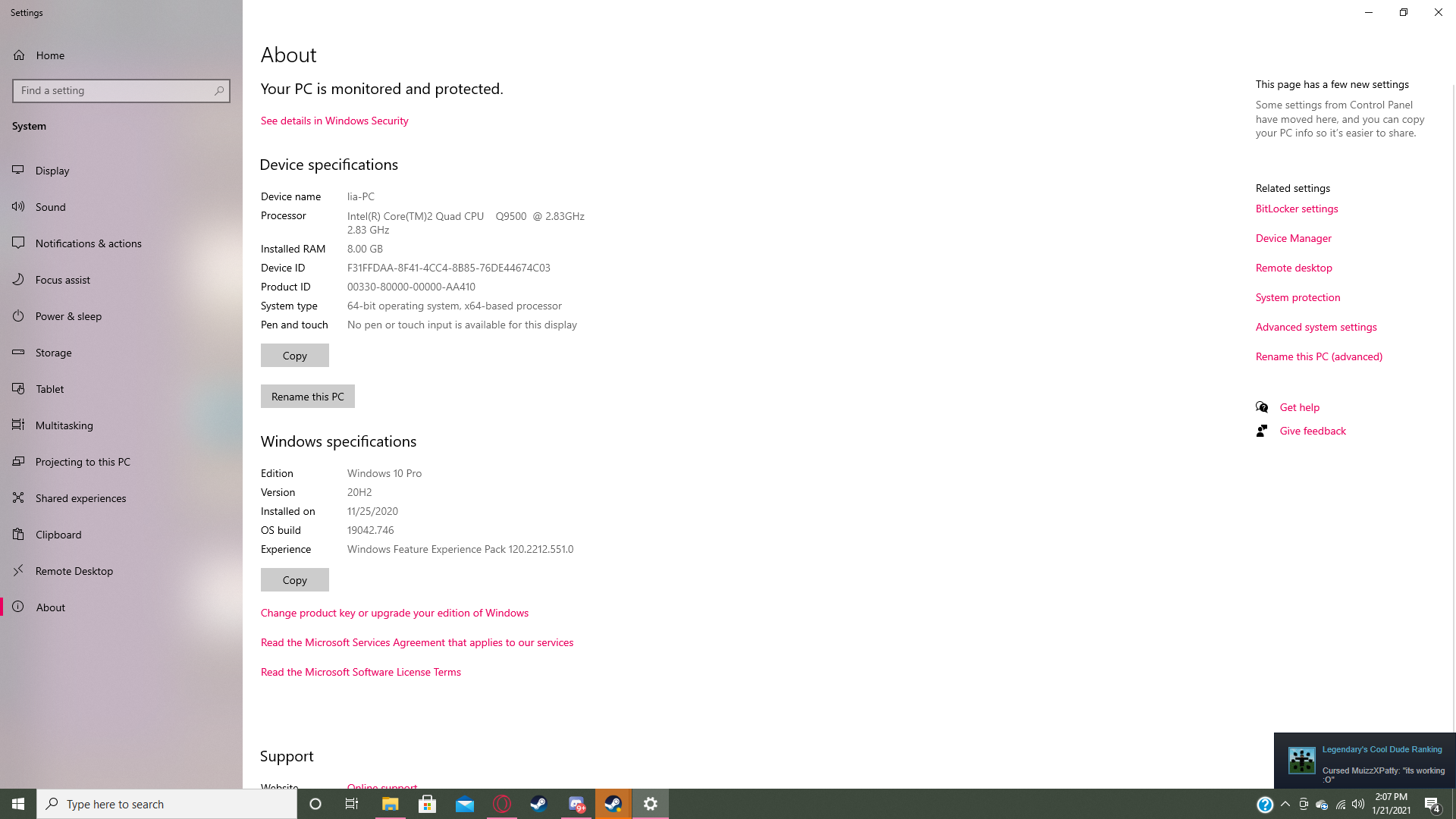 That looks ok. That CPU should work fine with Terraria and also some more demanding games (though Terraria is surprisingly demanding). You have 8 GB RAM now, that should also be ok. I guess it didn't work out with your old RAM?

Have you tried starting Terraria and/or TerrariaServer? Does nothing happen still?

I assume other family members use that pc as well. Do you use the same account, or does each have their own login?

Have you been able to run Terraria on that computer before?

we have out seperate logins
and no, cause the first game i tried on here was tmod

Ok, I think maybe the issue is that the permissions for your login are too restrictive. The first time you run Terraria from Steam some preparations are done. It checks that you have .NET and XNA installed (if not it will install it). With Windows 10 you already have .NET but it's possible that it couldn't install XNA.

In the folder where TerrariaServer is, there's another file named "xnafx40_redist.msi". This is the installer for XNA. Please try to run it. It may ask for permission that only the person that have the main login can give.

It's possible you may have to login into the main account while doing this.