Guidepocalypse: Alpha 2.0
"It's a good day to Guide!" - Guide Commander Omar Anoke
Presented to you by: Sin Costan
​
You may be wondering many things after reading the title, but please look through it further with this nice introduction (that's absolutely terribly written...)!


Before the coming of the adventurers, many of the NPCs lived very happy lives in their respective villages. One such village consisted of Guides. Once the adventurers started inhabiting the universe, it was an honor for the NPCs to have one of them occupying their world and give the adventurers service. However, one day, evil struck the Guides, as someone has mischievously made the Guide Voodoo Doll, making adventurers capable of hurting the Guides. And then Terraria version 1.2 came and it made it normal to kill off Guides! Their god became angry and thus came the NPC rebellion, the Guidepocalypse!
Ok... now that that's over with let's just get on with some of the stuff, like content I guess? (Note: All content is meant to look really crappy and or use Vanilla textures)

Nurse: On hit, causes spirit heal to all players/friendly NPCs in vicinity.

Nurse Bullet: Can be used on any gun, heals players/friendly NPCs directly when passing by, causes Spirit Heal on hit.

Nursenade: Drops multiple hearts after explosion.
Now that we are past the content, let's go over some of the mechanics within this mod!

Summonmaster Set:
Effect - Improved summoner abilites, allow minions to vampire health
Ability - A large increase in minion slots, improve minion abilities by 100%
Aura - Gives summoner buff to surrounding players
Probably the most important part of this mod, as you cannot get Guidium (an ore) without it. It causes Guidefection, which causes NPCs to lose health over time. When something dies under Guidefection, you get an amount of Guidium from (HP/10) +/- 3. Dust of Guide is basically like Vile Powder, so you fling some dust and it infects NPCs (including bosses) and changes specific tiles (hardmode ore). You get your first stack of Dust of Guide from killing the Wall of Flesh.
A multiform weapon, it goes both melee and ranged!

Default Keybinding is "Q", but you can change the keybinding for changing forms in the Mod Options.
This mod works with multiplayer! Some of the mechanics may not work with multiplayer however, but most of it works in multiplayer. This is in heavy alpha so any help (for example recipes, concepts, etc.) is appreciated and will make it head towards release! If you have any ideas, please, do comment on this thread!

Input:
- I really need input so I can properly balance things
- Will take suggestions! If you include a sprite, I will most likely create it (or die trying to)!

A Special Thanks to...
- Hideo Kojima

Do you guys like banners? Because I do! If you like the idea/think it's funny/support this please put this code in your signature!


The newer versions will be available on this thread as an attachment!

I have reserved this spot!

Well then. Didn't expect this to become a thing. Glad it has though. Shooting and exploding NPCs sounds like my fantasy!

So, we are weaponizing NPCs now?
Sounds cool.

azumarill64 said:
So, we are weaponizing NPCs now?
Sounds cool.
Click to expand...

Sin Costan said:
- @Everybody - Because why not.
Click to expand...

Ok, now I have a VIDEO PREVIEW in the OP thread! Spoil yourself at your own risk

. Also a little update, I've finally made it so it doesn't crash in Multiplayer (after soaking in my own blood and tears), so expect a better version of Alpha 1.0 -> Alpha 1.1!

Also, I've tested all the wierd Multiplayer gimmicks and they are working. Thank you @TheGamingBoffin for helping me test these things! (Also his maze thing is amazing)

Sin Costan said:
Ok, now I have a VIDEO PREVIEW in the OP thread! Spoil yourself at your own risk

. Also a little update, I've finally made it so it doesn't crash in Multiplayer (after soaking in my own blood and tears), so expect a better version of Alpha 1.0 -> Alpha 1.1!

Also, I've tested all the wierd Multiplayer gimmicks and they are working. Thank you @TheGamingBoffin for helping me test these things! (Also his maze thing is amazing)
Click to expand... 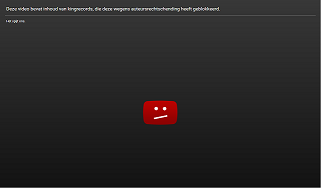 Rip, it has been blocked by "kingrecords".

Rip, it has been blocked by "kingrecords".
Click to expand...

Ehh, it seems that I'm the only one able to see it, new preview without music will be posted (though it will be boring as all hell...).

EDIT: It is now the Guidepocalypse Content Preview! The Boring Edition.
Last edited: May 13, 2015

Ok, the video finally has music (the original one with the music), thank you Dailymotion! The songs are from Senki Zesshou Symphogear (music made by Elements Garden and voice actor Aoi Yuki), enjoy!

This seems completely random and insane.

That's my middle name, full support. this looks fun to play I'll have to try it out sometime.

Hello, I'm back with news! I have recently added a new version of Guidepocalypse! This now works for online play, so get your gear and get ready to Guide!


Added:
- Dryad: Makes non-boss npcs not move, link players to npcs with vines, vampire 10 health from all npcs, fires a non damaging spore that pierces enemies and has the effect.
Changed:
- Nothing at the moment...

First off, sorry for not posting anything new recently... anyways, off to the Guide news!

You were probably wondering where the pocalypse part of "Guidepocalypse" is, as there is only items. But by next update, Guidepocalypse Alpha 2.0 "It's a good day to Guide!", there will be an NPC invasion with you guessed it... Town NPC related enemies! From Arms Dealer Bot to Nurse Bot, from Big Guide to Guidey, from simple content to NPCs, brings you... Guidevasion! So remember, put on your Starship Troopers theme (or "It's a good to die") and get ready to face off the Guide horde in your world!

For those to whom it may concern...

Guidepocalypse Alpha 2.0 - "It's a Good Day to Guide!" is now out! Experience the first coming of Guidepocalypse with... Guidevasion! Also, here's a little song because why not...

Sin Costan said:
For those to whom it may concern...

Guidepocalypse Alpha 2.0 - "It's a Good Day to Guide!" is now out! Experience the first coming of Guidepocalypse with... Guidevasion! Also, here's a little song because why not...

Awesome, I'm using this mod in my solo playthrough.

So from the people who have tried the invasion, how is it? Fun, awful, absolutely hilarious?

I really like this mod. It's hilarious and ridiculous at the same time, and it makes sense, given the dark secrets of the guide. Also, it reminds me of "Legend of Maxx" webcomic.

The only thing I would complain about is that guidium is easily exploitable with statues. But the rest is really well-balanced anyway.

P.S: I tried the invasion-thingy today. It is quite challenging indeed; the nurses are annoying, which means that they fit perfectly their niche as enemy healers.