For my chosen custom vanity set i have chosen to base it off my favourite weapon, the meowmere. I called this design the 'meowmour' set. Get it cause meow and armour. Anyways, the head of my vanity set it the meowmour helmet. the sprite is sum-what similar to the projectile shot out of the meowmere. nothing special just a cat head. For the torso we have the meowmour breastplate. it contains a glowing red gem in the centre and rainbow coloured shoulder pads on either side with some steel gauntlets to match. finally we have the meowmour leggings. these leggings have a thin strip of rainbow along the bottom supported by a thing line of steel just above. As for wearing the full set, the wearer gets an increase in speed, a slight mana boost and increased defence. the wearer will also have a rainbow follow behind them as they run like the projectile which comes out of the meowmere. i think that is everything. thanks for reading. stay safe! 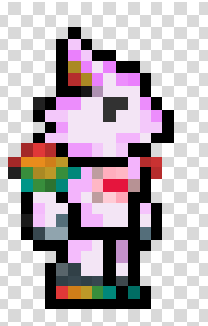 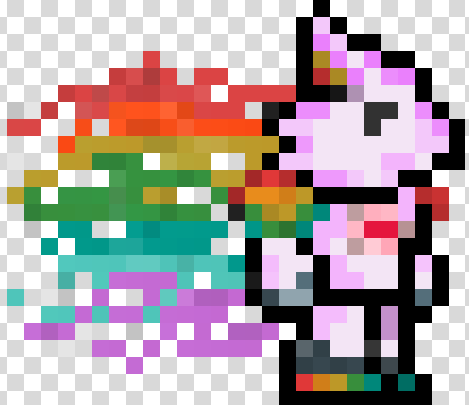 This is my Void Crystal set that I have Created.

This is burden. If you put this in the game, please keep the blade on the back. This is for a video game I am making. The parts of the set are:

Eternal Flame (Helmet) Des- The burning flame is cold.....
Ripped cloak and the blade (Body) Des- The cloak somehow fits....
dusty boots (bottom) des- the boots remind you of something....

If you use any sword with this on, the sword on the back will disappear. Any projectile shooting sword will shoot a giant blade that looks like the one on their back. If you use the breaker blade while wearing this, the blade will do 2x the damage. The set can only be acquired when you beat all 3 mechanical bosses at the same time, but there is still a 5% chance of getting it. I hope this gets put in! 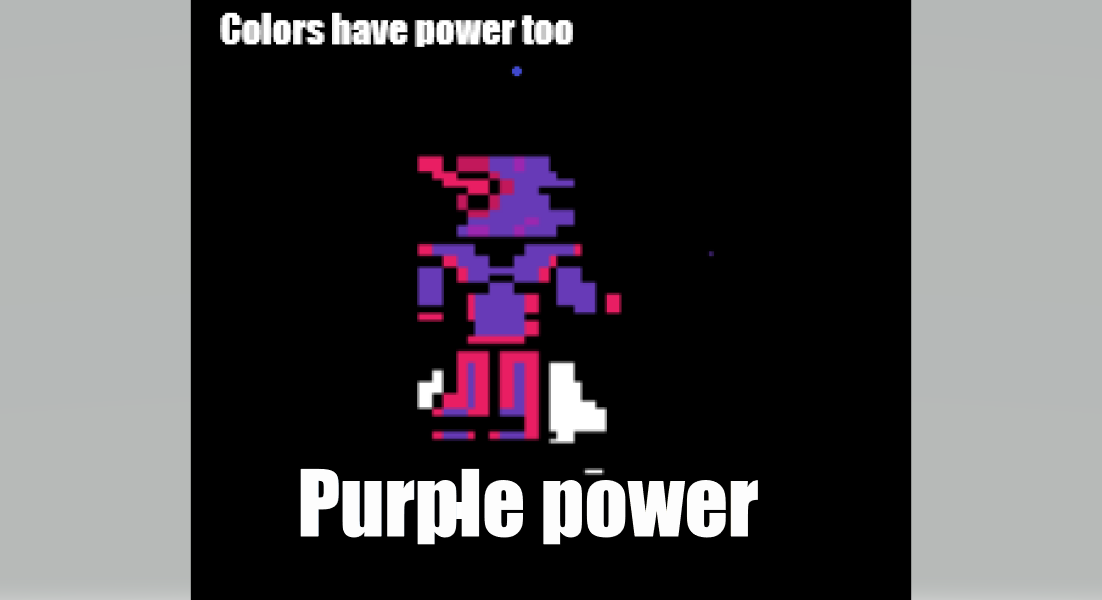 this would be a head vanity. I call it the pompous perfection

Ok so my idea is a Pineapple Suit called...….wait for it......PINEAPPLE POP.... because when you go from standing still, to walking your characters head and feet and arms pops out of the pineapple, (I'm not sure if that's possible to create in game but it would be awesome!!!!!) Thanks for Considering my entire 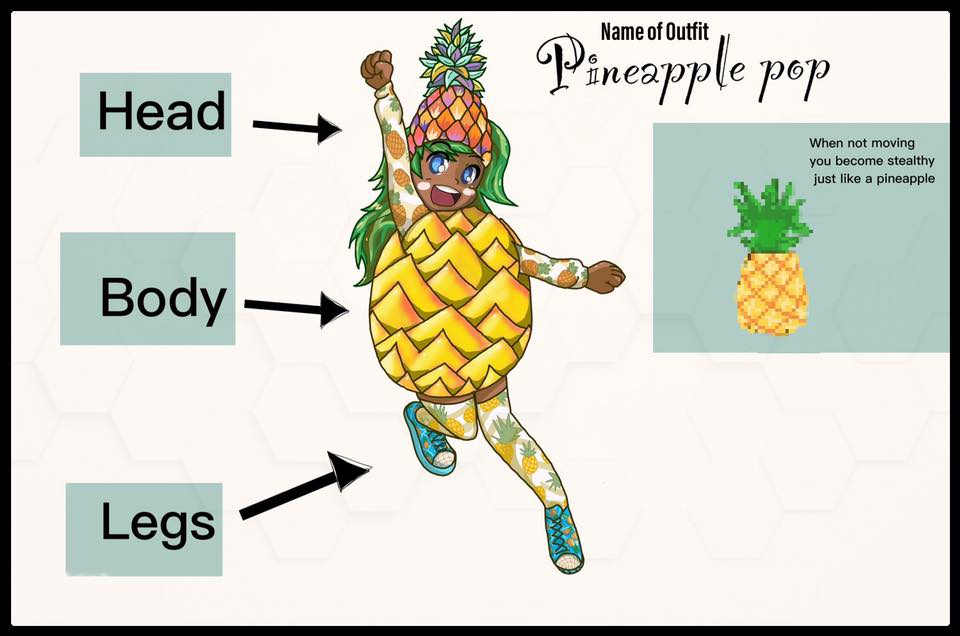 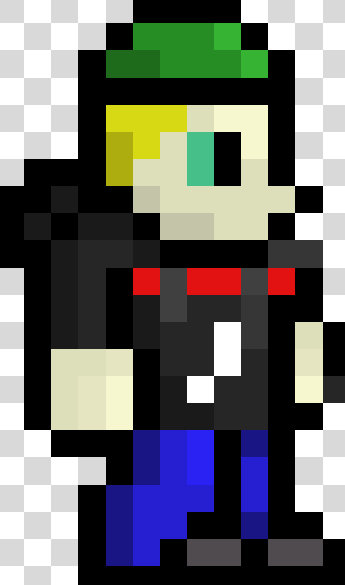 I know it looks like the basic character but there are no beanie or hoddie options as of now and I think it would be cool to have them.
T


The concept is a set of futuristic heavy body armor possibly used for military related challenges.
(The name just sounds cool!)
The pixelation does not have to be exactly the same (it can be modified of course (I just want the concept intact)).
And finally, I apologize for the lack of quality, and I hope you guys find what your looking for! 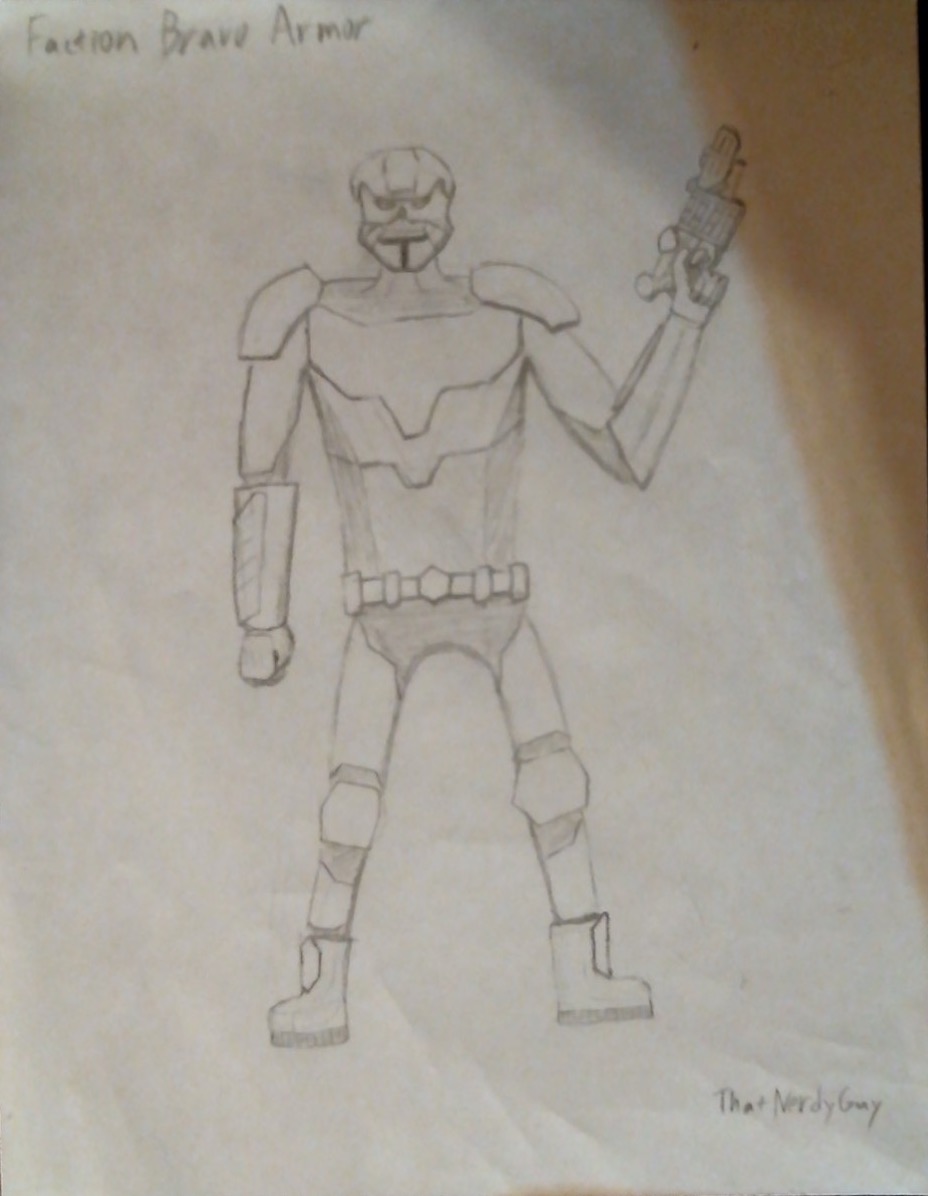 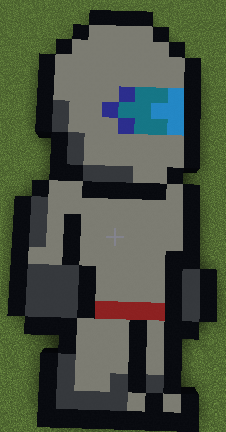 I tried to make the model, which I tried to design a suit for dangerous subsistence. The Sprite is the same on both sides. Some pixels are flawed due to improvisation, but I think the model is interpretable.

This is my contribution, now making a house in the icy lands seems cozy c:

This hat would be obtained at a 1/300 chance from underworld enemies after defeating Plantera. It would flow lava as you walked and would also puff smoke from the top, If you get hurt, the lava flow would increase, this would not give any kinds of buffs. (Although, if you wish, you COULD give it a buff, but that's up to you ) Just for pure vanity purposes. This hat is called the BYT Hat, BYT standing for "Blow Your Top", a sharp poke at what the hat is. The lava also flows into a bowl attached onto the hat, to avoid spills

It's tool tip would be (and this is my opinion, you may change it if you wish) "Made by flames, for you to have a blast! Don't put it near cats."

I hope this makes it in!

This is a hazmat suite and all green on it glows.

I was thinking that it could be obtained by defeating Toxic Sludge. 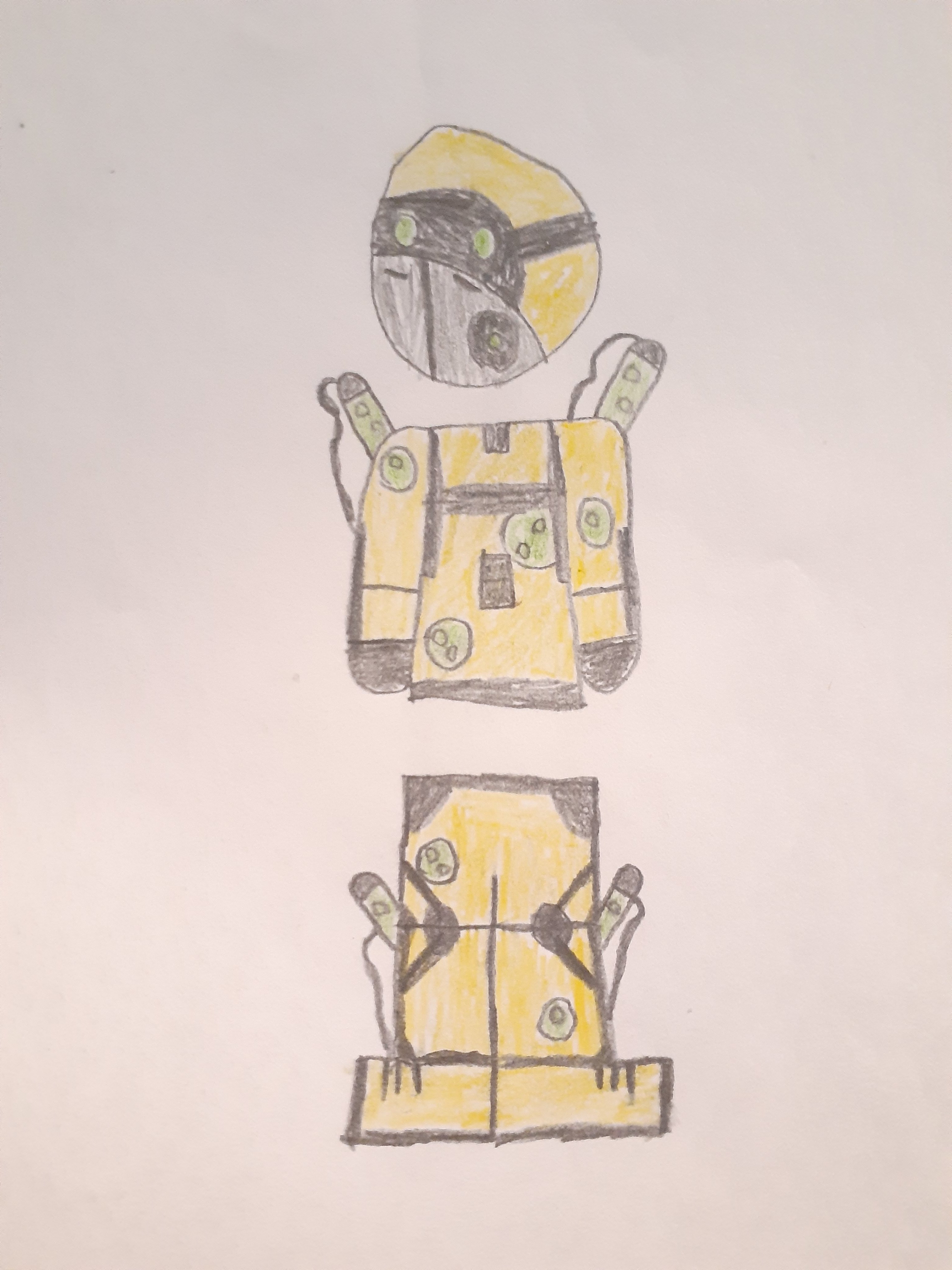 This is a simple Prisoner set I made after watching a Jason Statham movie. The head consists of just the graying beard. The torso is the orange jumpsuit. The legs are the orange pants with the gray shoes and the weight/shackles dragging behind him.

All of this was fully made by me and is my own work.

This is the "Specter Samurai Set", (SSS). 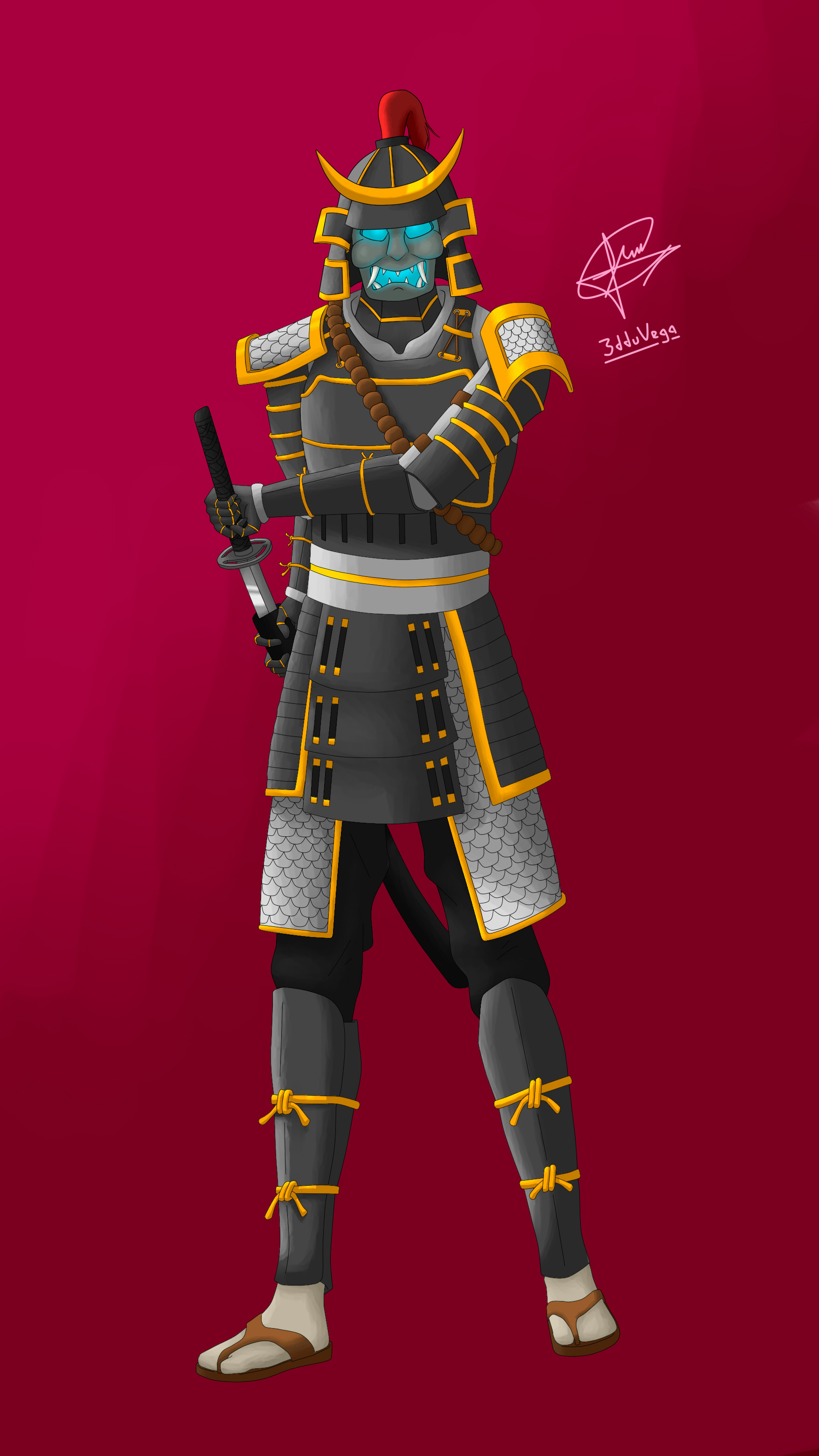 Obviously, the katana is not included in the set, in fact, it's actualy in game. It's just representation
This is how will look the design in the game. 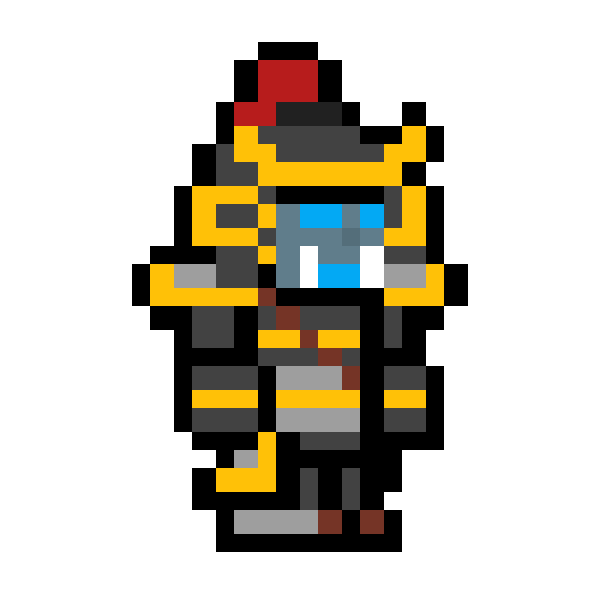 I would like that the eyes and mouth glow in the dark. And the "hair" on the top of the helmet can move when you move.
I hope you like it!

PD: I recommend to match this set with Betsy's wings
I

This is my terrible design for a new vanity set, but i thought id give it a go.

I call it, the Sun Titan.
(Where it says, "These blue things can glow in the dark", I meant yellow.

I really want this in the game I hope this gets chosen! Also I'm really grateful for the chance for players to add to the game it's so cool! 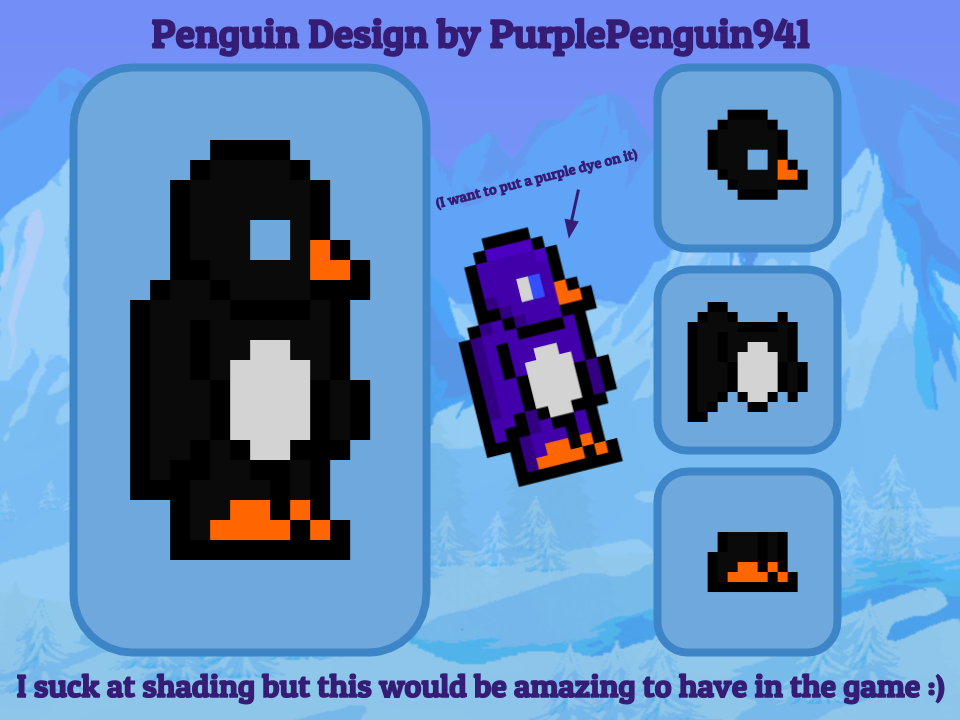 It is basically just a penguin suit that would cover the player with the arms as penguin flippers and the eyes of the player are visible. The hair would be covered. I think the idea is nice and if anyone sees this and can make a better design i hope you post it because I really want a penguin outfit.

I Call this, the sun titan.

Replied this twice because im not sure if the first one went through, as i dont see it.

This is Dans. Dans Mask/Jacket/Pants. Do not spell is with an apostrophe like "Dan's" because it is spelled "Dans".
I know this could be considered an overt reference to undertale, but I think it should count as being more covert. 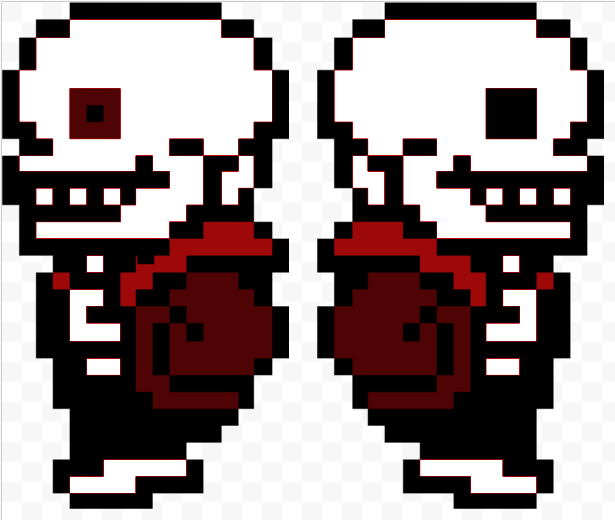 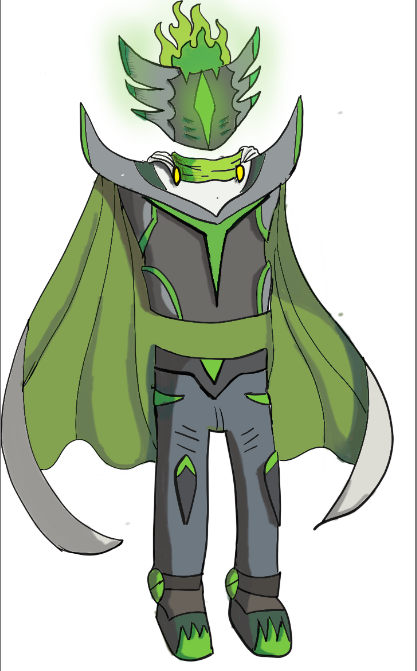 This is the Lazarus set, I posted it a few days ago in PDF form(stupid of me) so no one could see it. Hope y'all like it LOL