This is what I call the shadowburn set or whatever. Thats my gamertag so thats where i git the idea. This is my rought draft and my sister’s more refined drawing that she did for me.Thank you and good luck to all.
P.S. The cloak only appears if the whole set is worn.
P 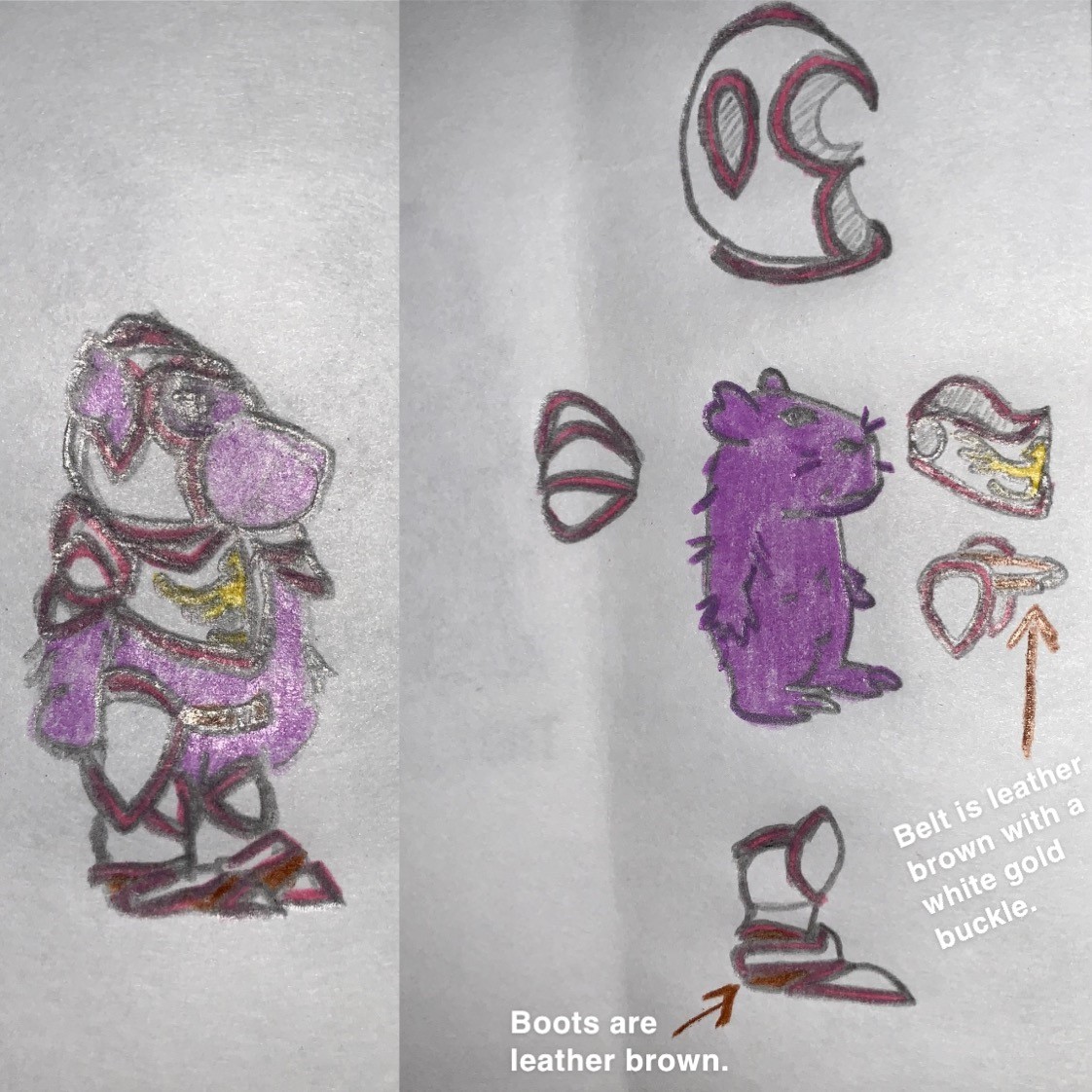 An enchanted capybara, wearing white gold armour with raspberry gold accents and a golden phoenix on its chestplate.

No one knows for certain why the capybara is so popular with both humans and seemingly every creature in the animal kingdom. This capybara is enchanted and, in fact, a shapeshifter. This is evident by its damson purple fur which periodically shimmers and vibrates to a near blur.

This enchanted capybara is a protector of the animal kingdom, and is adorned with white gold armour: the helmet has a cutout for the capybaras face and ears. It has a small neck guard and ridge. The edges of the cutouts and neck guard as well as the ridge are raspberry gold. The pauldrons have a slightly blade-like flourish across the shoulder and are edged with raspberry gold. The faulds are held up with a brown leather belt that has a white gold buckle. The boots beneath the sabatons are also brown leather.

When active, this armour set protects all friendly critters from harm or corruption.

Howdy all, this is my first post submission for a contest!
I call it the Daydreamer's Set, and it has all the distractions a daydreamer would need (including squirrels)

This is my attempt at spriting it, however I like the sketch a bit more and I'm alright with however it would be interpreted if this was chosen

Male Female
This contest was a lot of fun, and I enjoyed participating! Good luck and wishes to all participants

The last update of terraria requires something creative - something innovative. Thus, I present the "Tofu" vanity set.

The premise of this set is that it will change depending on the environment that the player is in. I chose tofu as the theme of the set because tofu is a highly adaptable, versatile ingredient.

Below are rudimentary drawings of how the vanity set would look like. 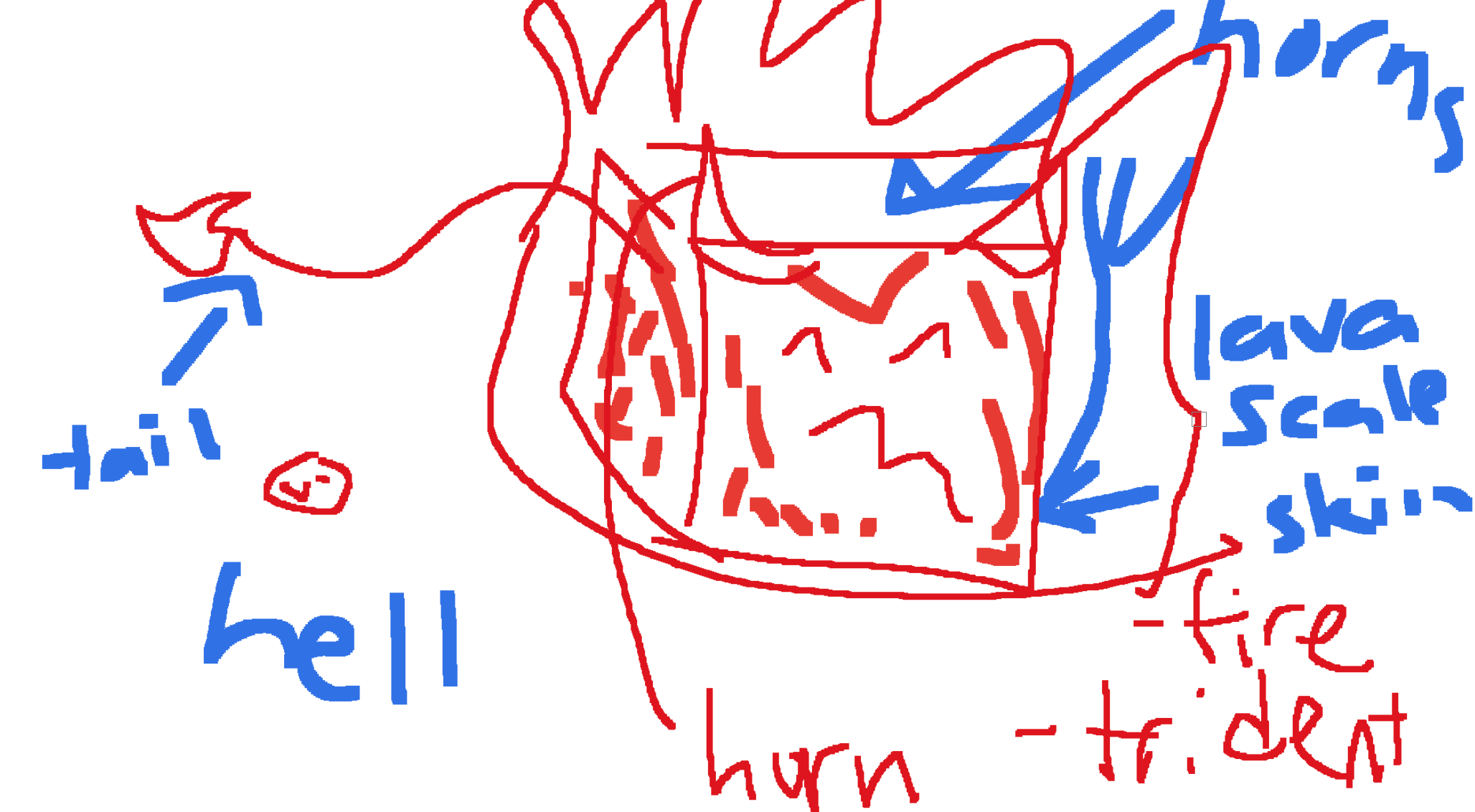 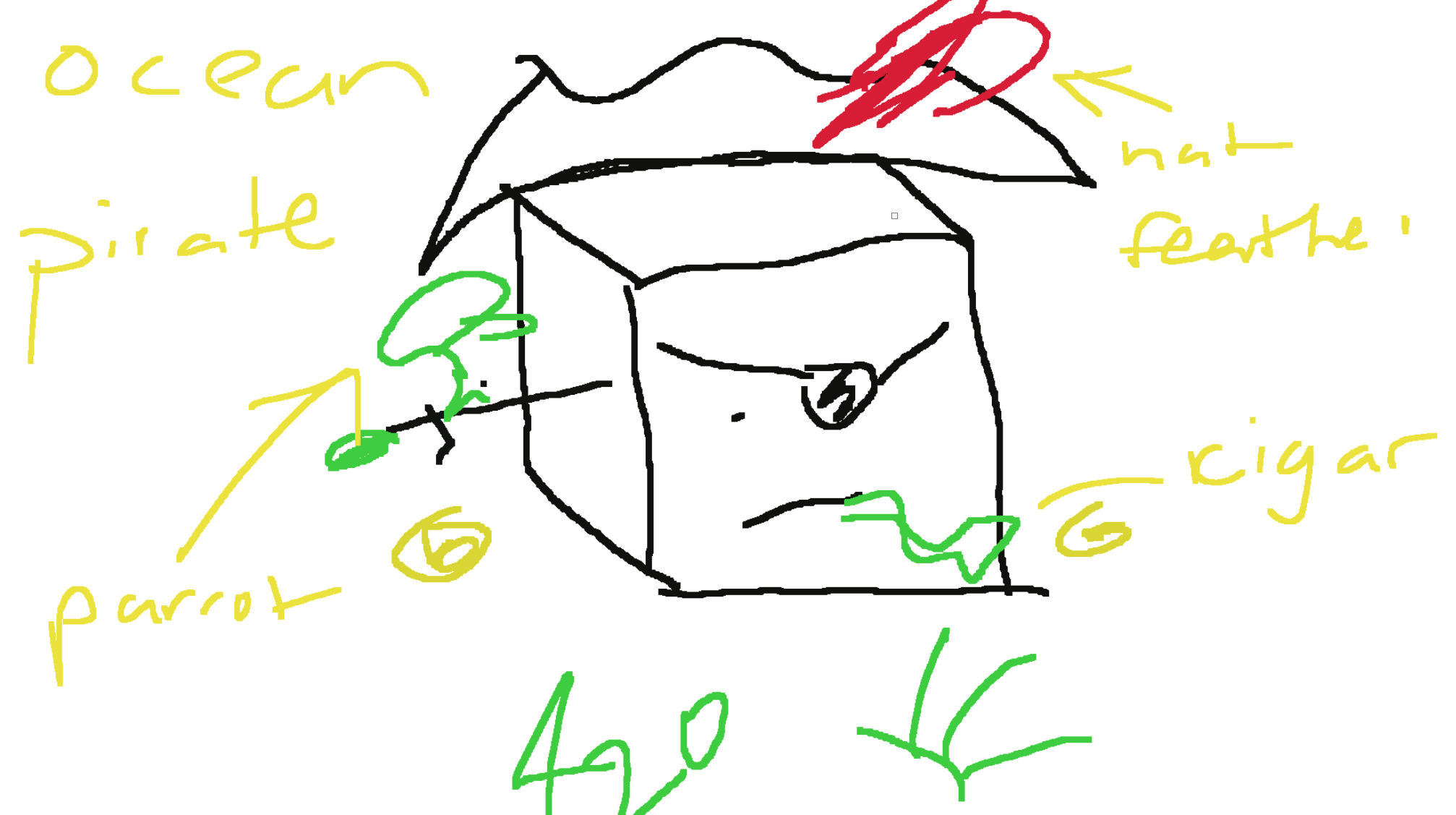 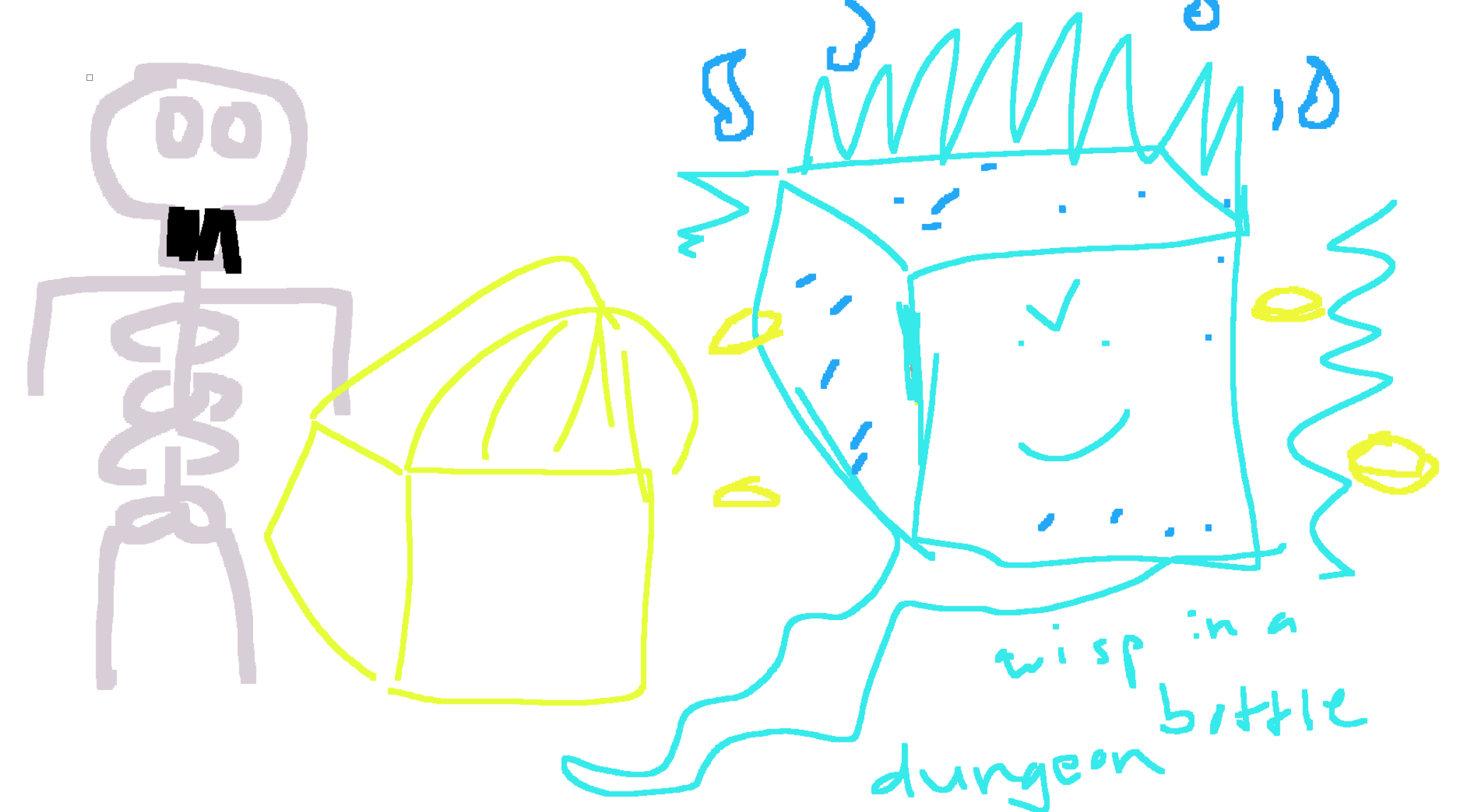 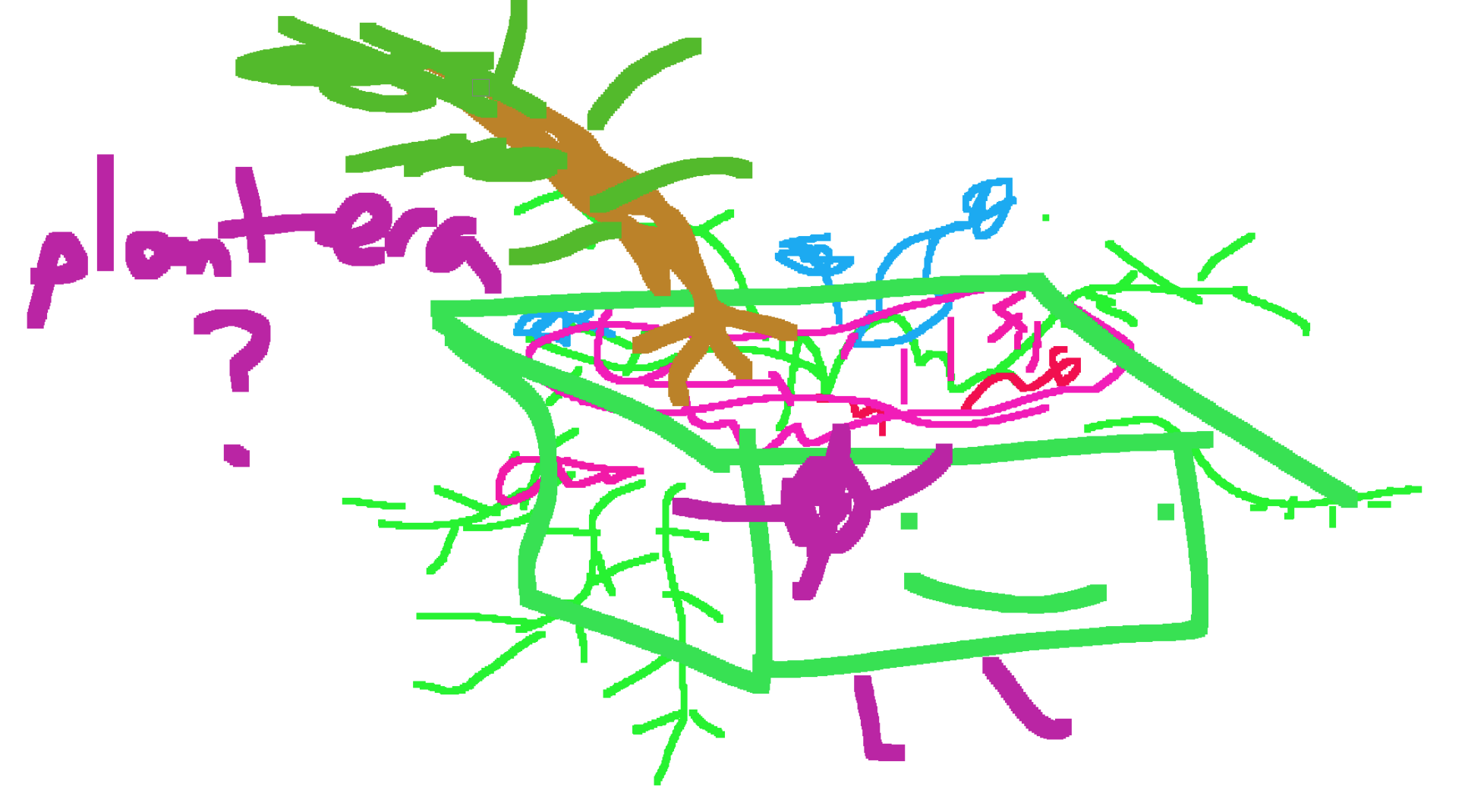 CORRUPTION/CRIMSON - In light of the coronavirus pandemic, I feel like it would be appropriate to add a 3M mask to symbolize our fight against covid19 and honor the efforts of our doctors, nurses, and other medical professionals. ​ 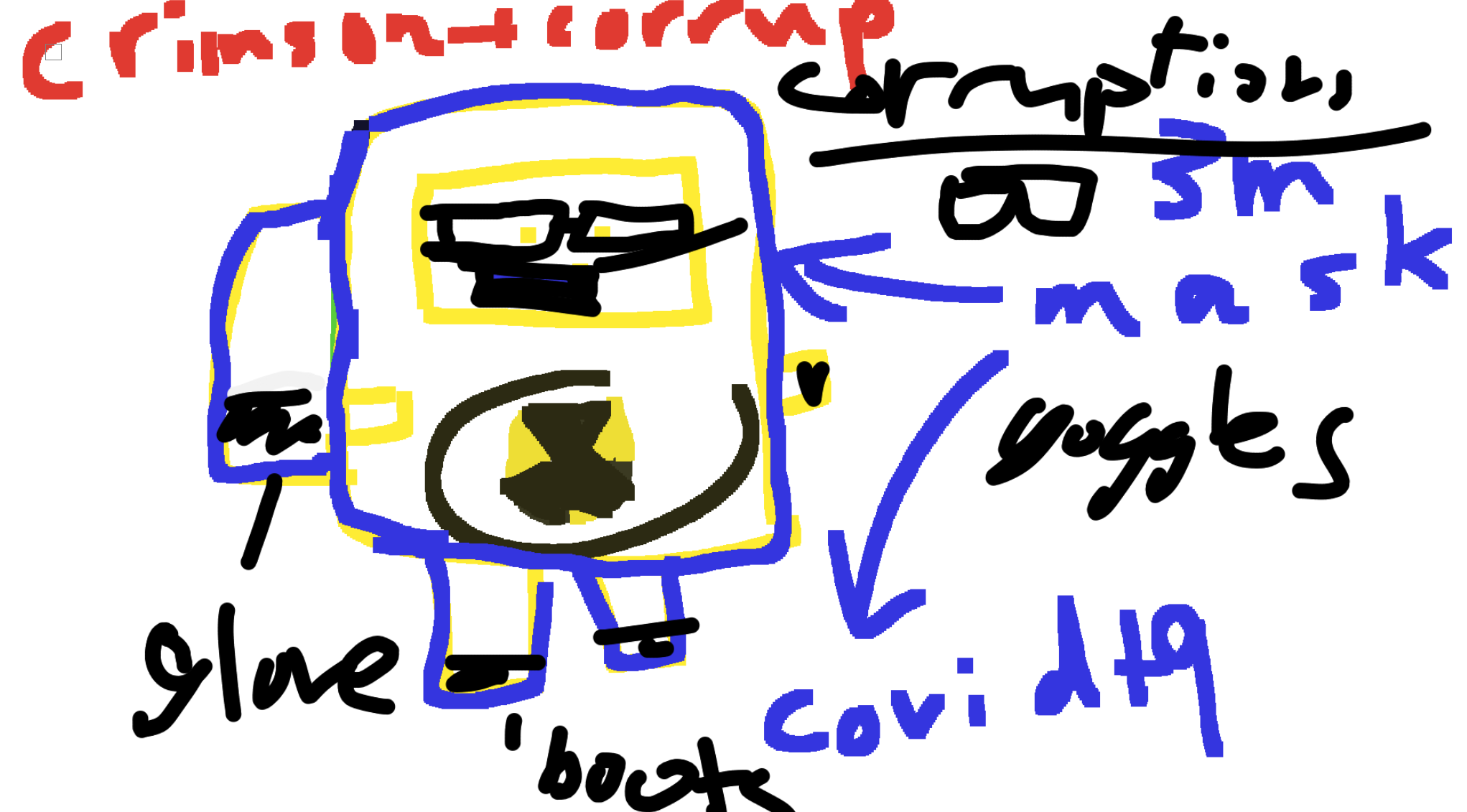 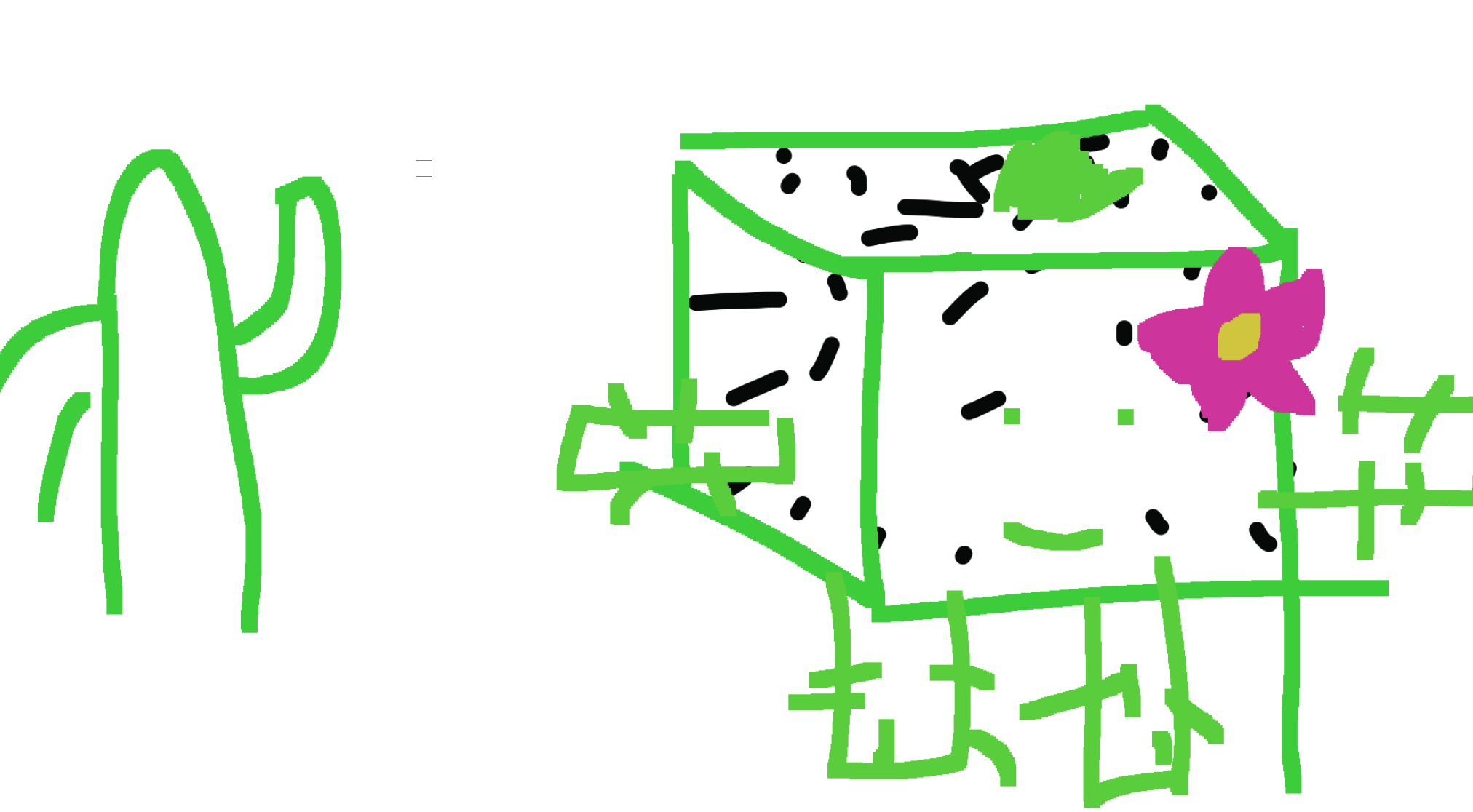 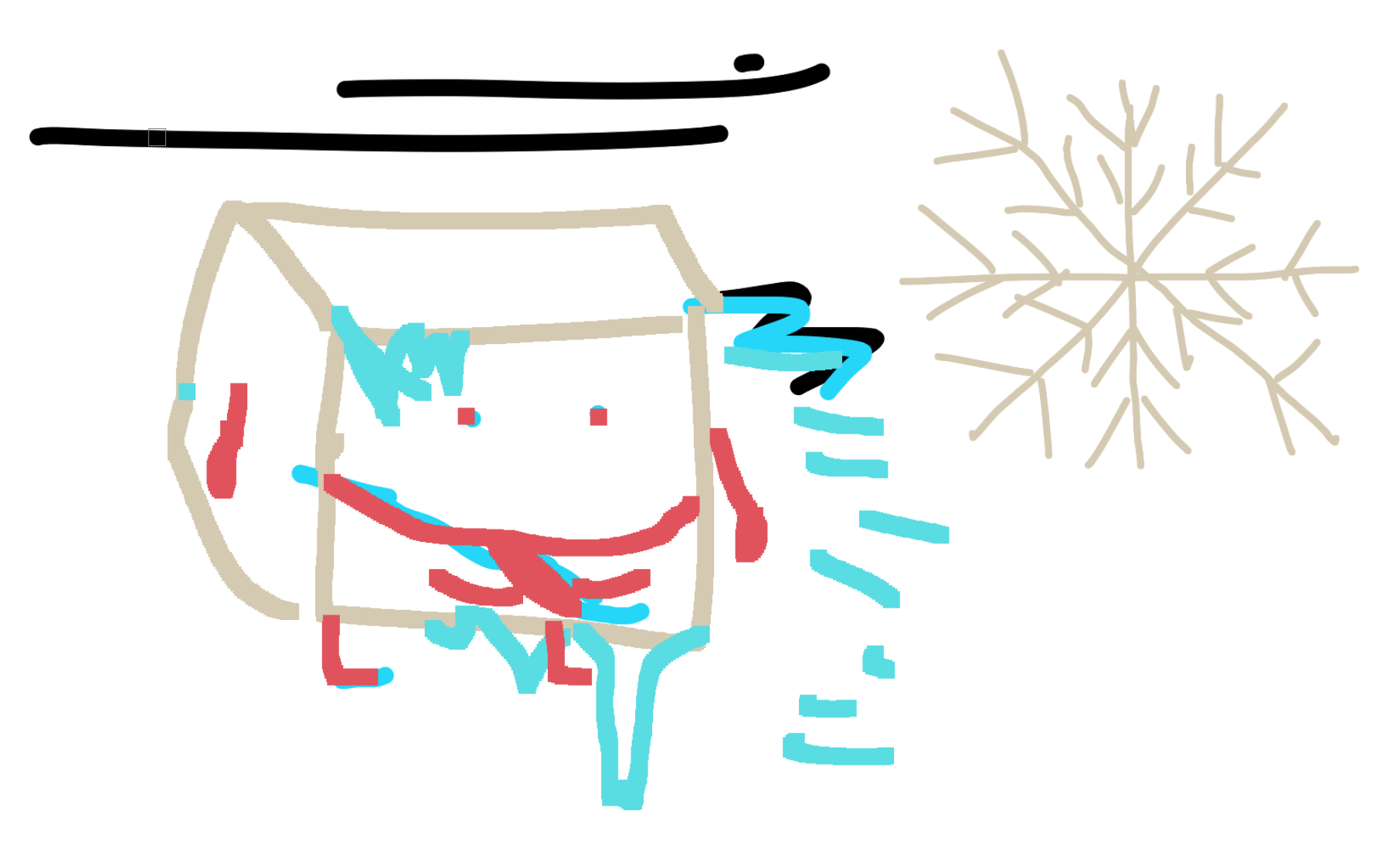 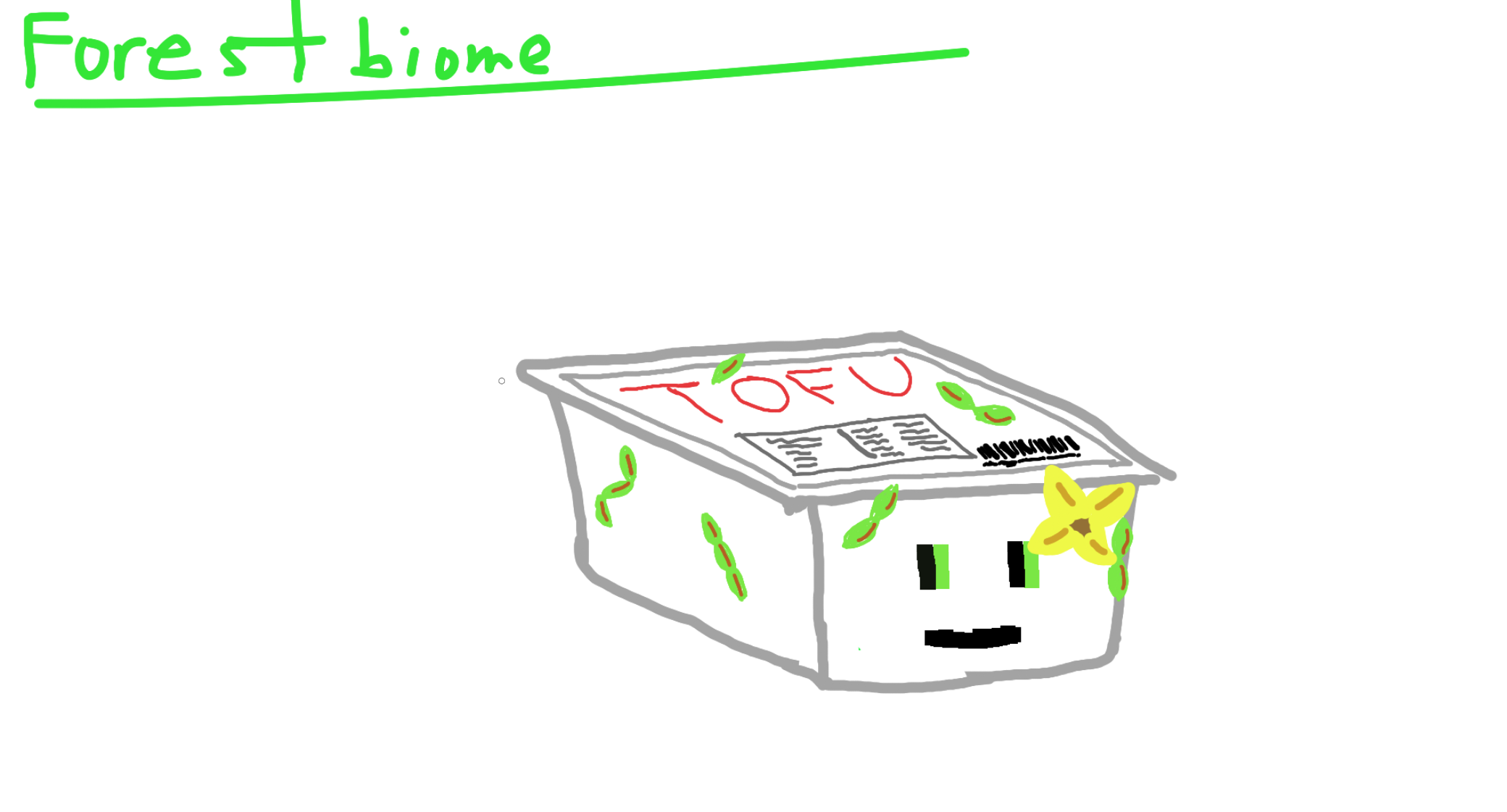 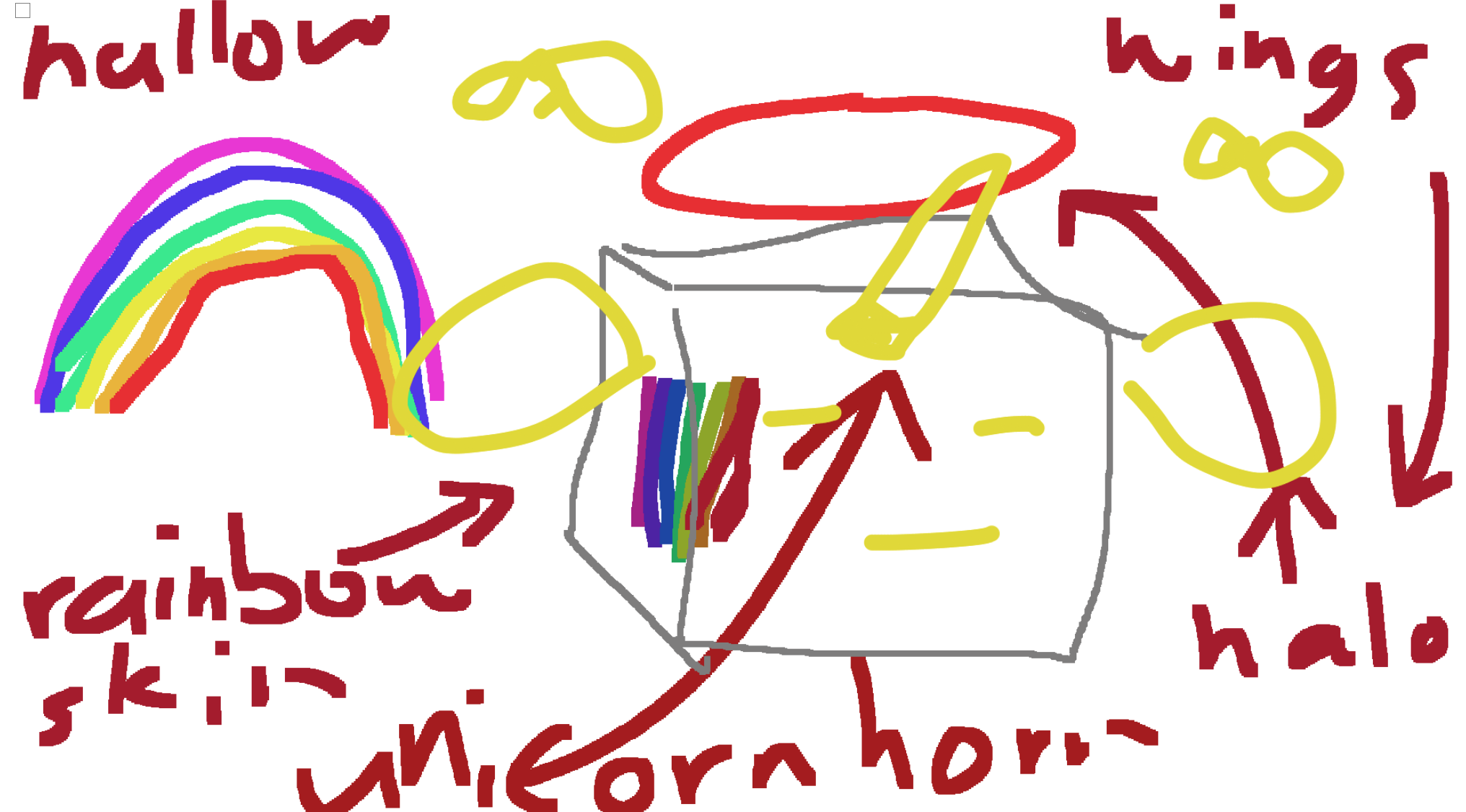 This is the Aquatic Snapper Vanity Set. The idea behind my submission is to create a more serious looking turtle-themed vanity that could either be worn by itself to look cool or blended with other vanities and armor sets well. The aesthetic is based off of a snapping turtle. 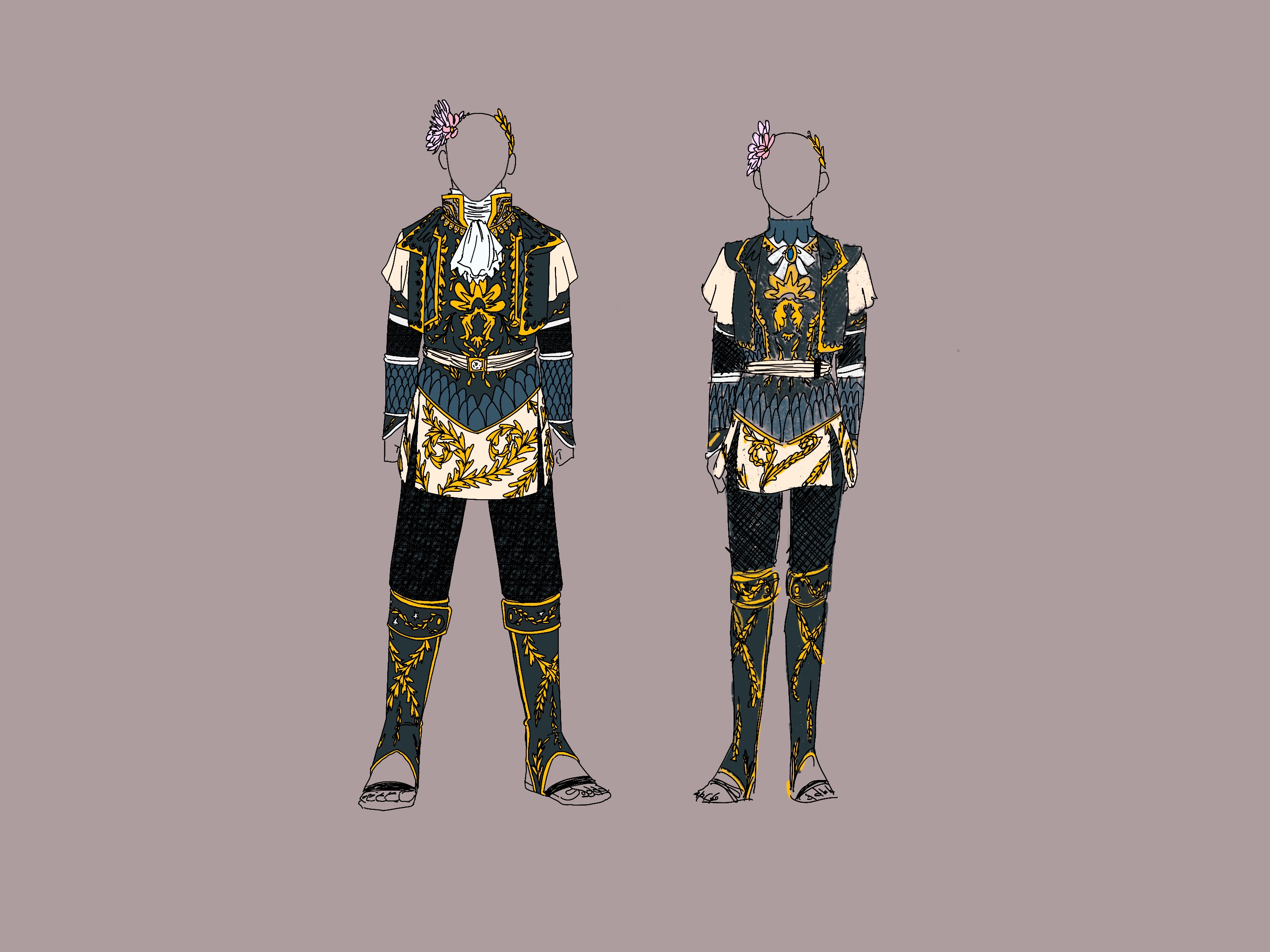 Ruler of the Journey's End
" The journey is over, but your world lives on. It calls for you. "

Ruler's Crown
Flowers: pink flower takes priority in which side faces the camera -- a faded pink water lily and pink five-petal flower attached to the righthand side of a gold wreath crown.
[ covers all accessories that would be otherwise shown on the player's head ]

Ruler's Pants
Waistcloth: Pale beige with large gold floral embroidery; four parts, one on each hip, one on the front, one on the back.
Pants: Very dark blue-green, tucked into the leg braces.
Leg Braces(?): Gold-lined fastener just below the knee with a button on the inside area, with silver stars and gold floral embroidery circling around it. All of the brace is lined with gold; also has gold floral embroidery. Slightly influenced by the uniforms of the Japanese Imperial Army during the Russo-Japanese War, but it really is slight.
Sandals: Single-strap sandals. Very slightly influenced by Roman sandals but it is, again, very slight.
​
F

This is the Cosmic Pathfinder. I would love if the there could be some glowing parts like the helmet, etc. Change it as you like. The eyes are optional. I didn't have a chance to make a female version. Thank you!

Hello, I thought it would be a neat idea to add an astronaut vanity item. The game already as a plethora of space related items, weapons, and enemies. On the downside, among all this great content, there is no space suit , so I decided to take matters into my own hands .
Enjoy! 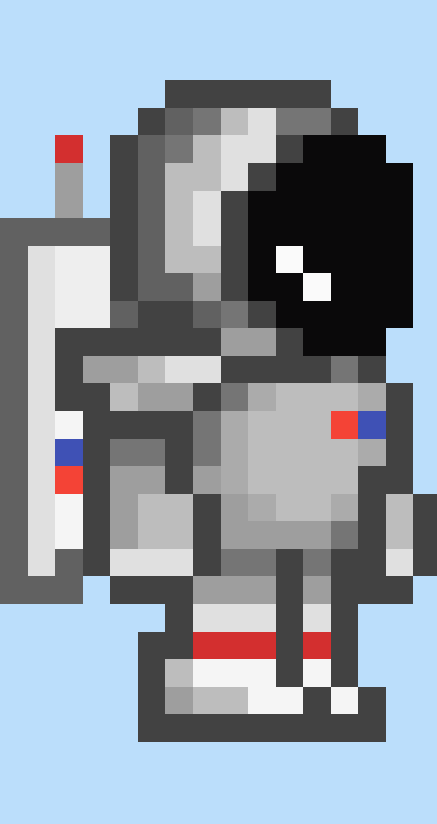 I also decided to paint a cute astronaut drifting through space

Staff member
Moderator
The Contest has officially concluded as of this time. All entries have been locked in!

Plenty of stellar entries exist to look through. Re-Logic will look through all of them and share additional news when they are ready.

Thank you to everyone who participated! Everyone may continue to discuss entries and the Contest itself here: Journey's End Vanity Contest!