Leinfors Has Art? Who knew!

Hey guys! Its 2020, and 1.4 is out! Its been a long while, I've been super busy, and art is one of the things I had to cut from my life. I love doing art, but its kinda mentally bad for me, because I get sucked into it, and its a very time consuming process for me (I'm a very slow artist). As a result, I end up forgoing other important responsibilities in my life when doing art, so its something I have to work into my schedule carefully, especially now that I work with Relogic. More than half of my drawings were done before that time, and its very difficult for me to find the time to work on art these days.

With 1.4 out, I'd like to start dedicating a bit more time to it . . . but we will see. Zoologist was a lot of fun to do, but I had more extensive plans for her, and I had to cut them short due to time constraints, so it didn't come out as elaborate as I had hoped.

Either way, I'm thinking about the future, and more artwork would be cool to do, but we will have to see!


So its been just under 8 months since I drew my "sad taco" doodle one night after Taco Bell failed me, it being the first real attempt at a drawing in about a decade. Since then, I've been on a bit of a personal renaissance and journey of artistic self discovery. I've always liked art, I've always been good at "drawing something I see", but I've never, ever been able create original designs or variations on characters before . . . I could only carbon copy.

Somehow, I finally broke through that barrier here, and now I suddenly find myself able to (painstakingly) create these fun and amusing renditions of the Terraria NPCs. Its a lot of work for me, and I get impatient with the process sometimes due to my extremely slow drawing speed, but I'm so happy to be able to do it at all, after decades of inability.

So here I am, 14 characters in out of a current goal of 30. Its taking a long time, but I intend to continue with every single one of them, and maybe include more as time passes. I've also begun to branch out into other works, with one such piece coming down the pipe shortly, though it is by intent that these will be infrequent until I finish with Terraria. With that said, thanks for the support thus far . . . you guys keeping an interest helps motivate me, and wanting to do more! I've got some short term plans on the next few NPCs I'd like to draw, so things should stay interesting well into the new year!
Current Completion! 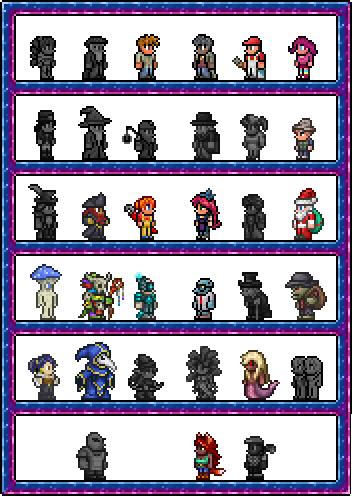 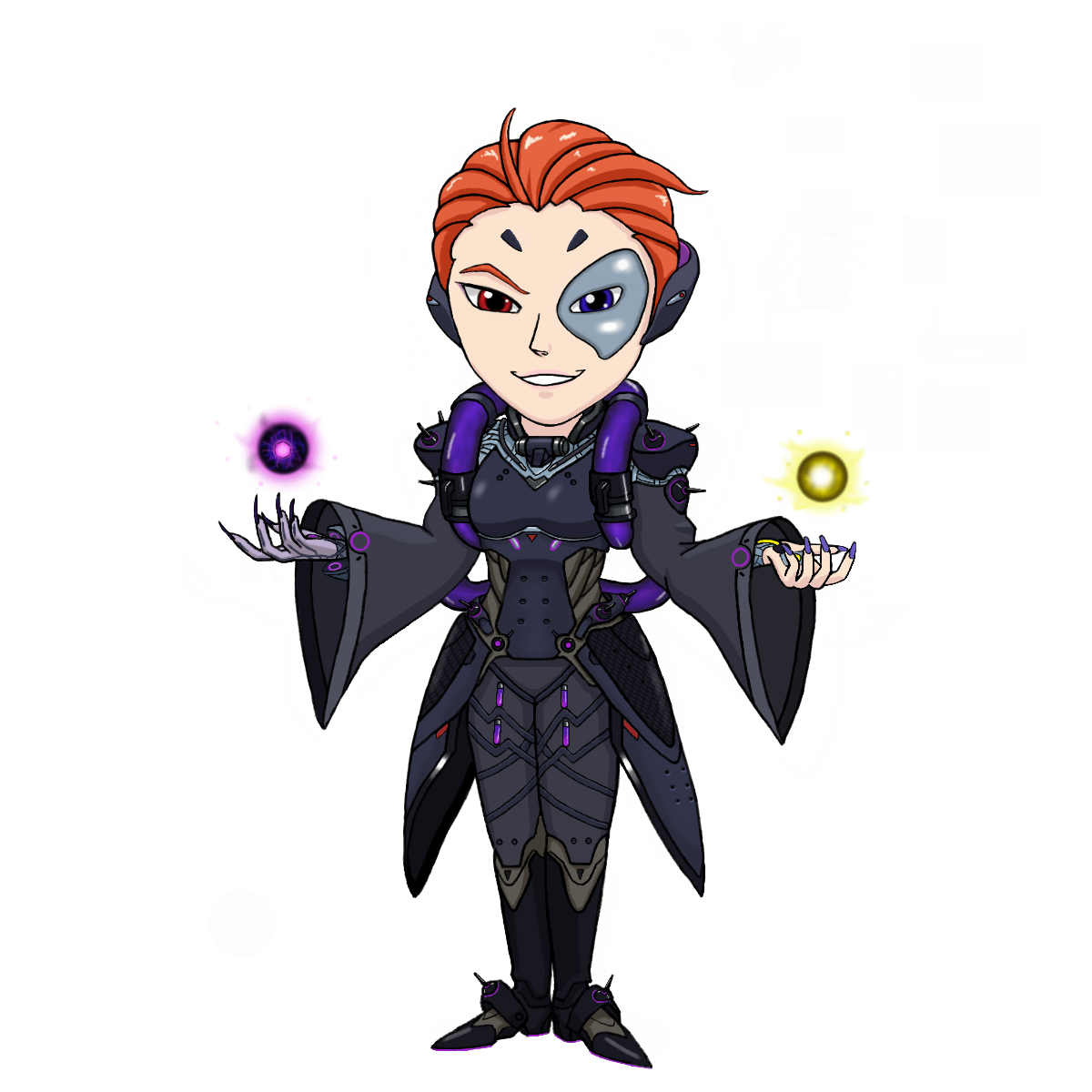 Awesome -- you finally made a thread for your art. Really liking the style, Leinfors.

The style is adorable, I also like the animations, can't wait to see more.

Staff member
Moderator
Re-Logic
I've been working hard on my next one, but I'm not sure if it will be up tonight. Its a lot more work than I expected!

These look great! And no, I definitely didn't know you had art.

T!
The Pirate Crossbower would NEVER pretend to be so nice.

T!
The Pirate Crossbower would NEVER pretend to e so nice.

I figure that would be her MO! Sweet and warm exterior, ice cold inside.

Adorable, detailed, and, of course, epic!

Although I'm not convinced of that Crossbower's kawaii-ness...

One of the best artworks I've seen in the forums

Staff member
Moderator
Re-Logic
I wouldn't say that! But its better than I expected of myself, so I'll have to compromise to that extent.

>continues furiously drawing the next one<

Staff member
Moderator
Re-Logic
Okay, so it took me way longer than expected . . . I didn't realize going in that he may be the most complex friendly NPC in the game, but I'm happy to present . . . Syncing the animations was a little difficult, and at the moment some move too fast I think (such as Salty and the bubbling). . . I may slow it down, but then the "surfer" is too slow, IMO. I'll look into it as time passes, for now, I need a break from this one!

What do you use to animate?
(ignore my avatar, I know how to animate, but I wonder what other people use except gifmaker.me)

Staff member
Moderator
Re-Logic
I just go to the gifmaker website to put it together, made the frames in GIMP.

Leinfors said:
I just go to the gifmaker website to put it together, made the frames in GIMP.
Click to expand...

Very nice!
I especially like the surfer on the Witch Doctor art. It' a nice touch