Quite a long time has passed. We decided to take a break.
I'll show you around. Let's start from the surface.

This place is where many battlefield takes place. The nurse is working inside the bunker to assist Seraphina.

A little bit far to the left there lies Truffle's home.
He's on the lookout checking for Crimson spreading. 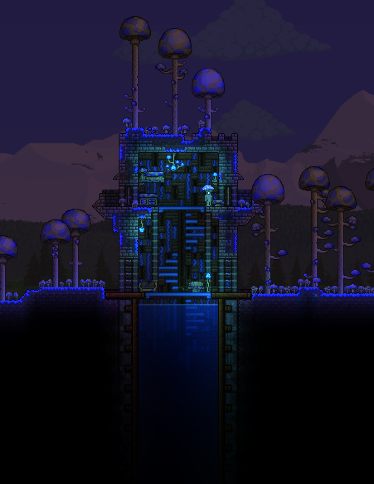 Going past the bunker to the right, on top of snow mountain lies a cabin. Nobody lives here at the moment.
but not so long ago The Santa came to visit and we held a party there. 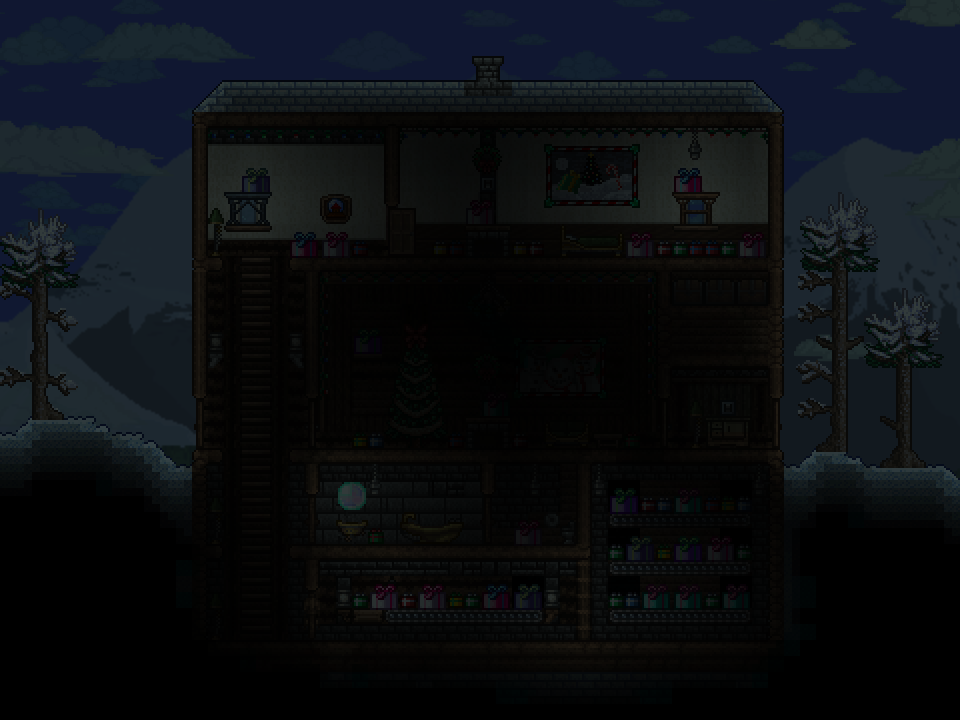 Now. Once we go through a teleporter at the bunker we will reach the underground base. It's big so I'll explain the place by place. 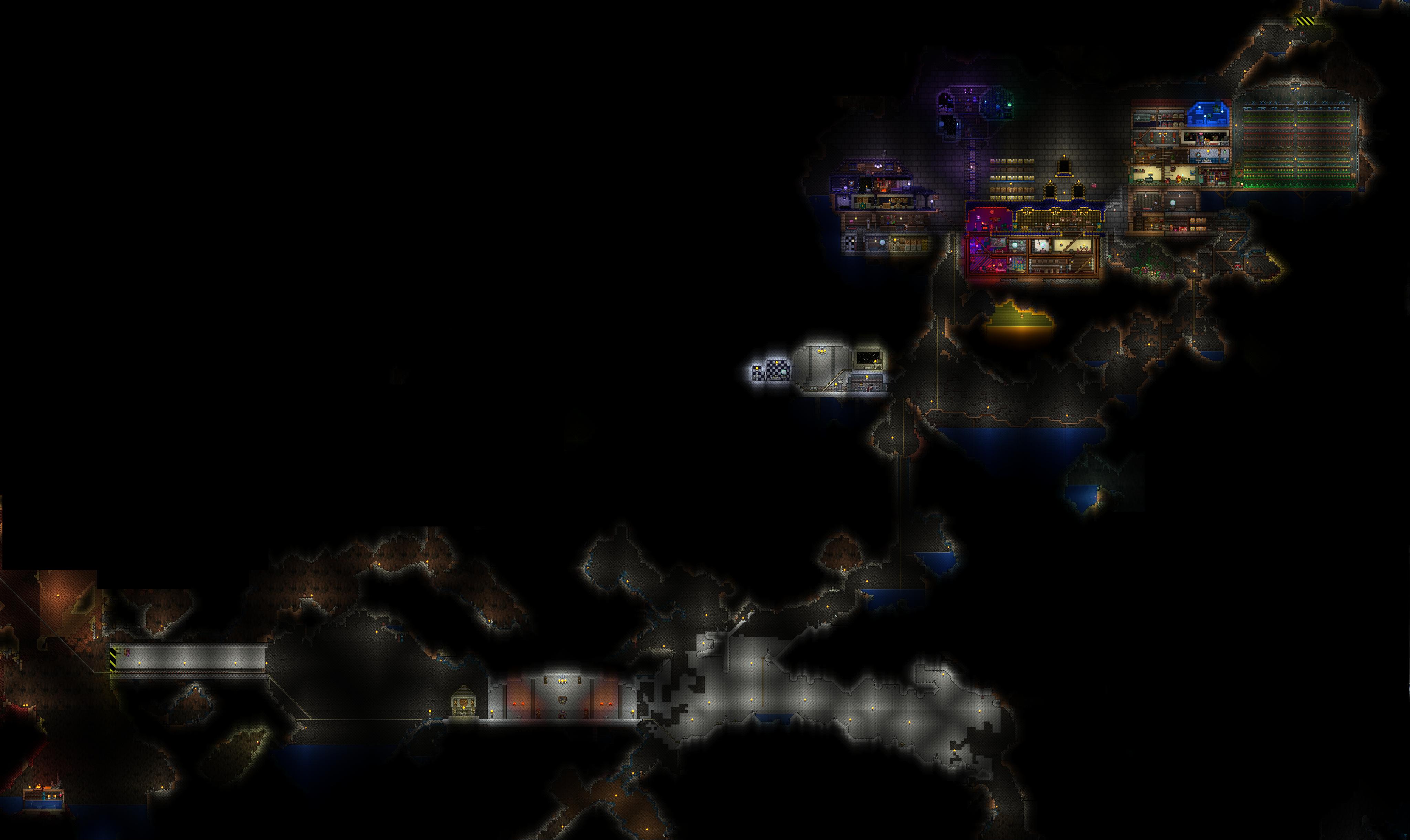 This is Seraphina and my house, although she rarely stays at home.
We have a big garden behind it. the path above lead to the exit of this underground base. 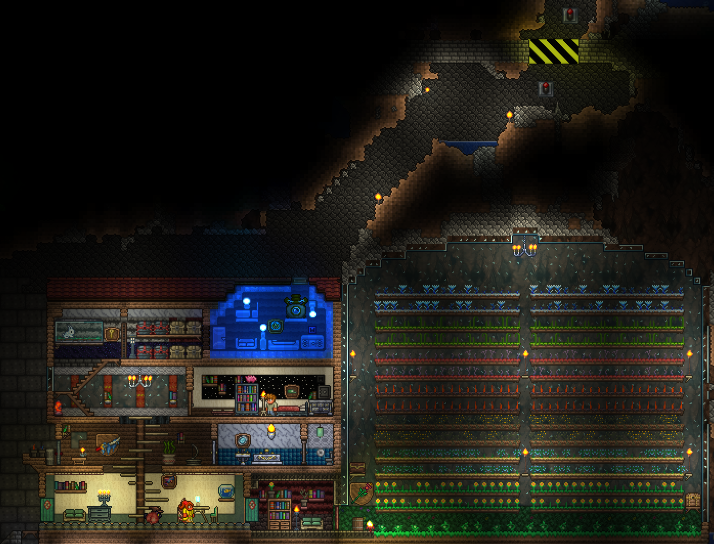 This is the teleporters gates and the wizard tower. Since there're no thieves here Seraphina uses the space for more storage. 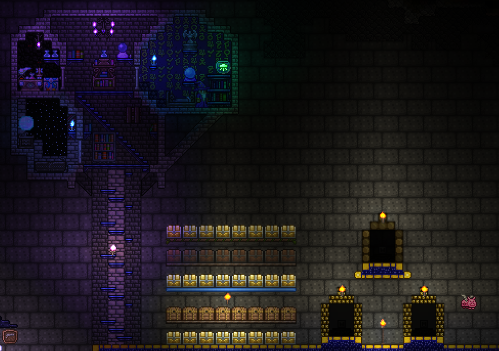 To the left, there are the Arms Dealer shop and the Merchant store. 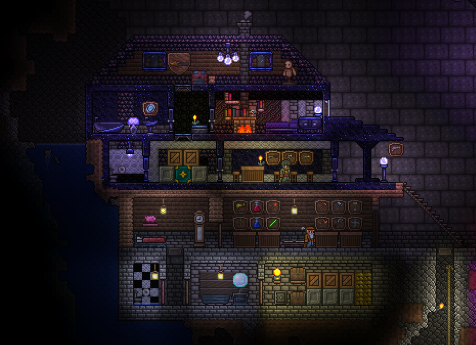 Here is the bar. Many people hang out here and sometimes held a party. 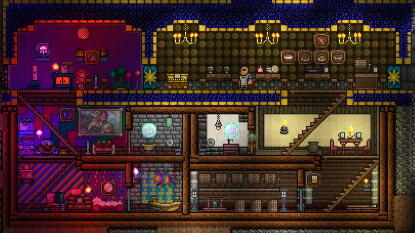 This is the demolitionist house. below is the mine, if you continue downward you will come across a big lake. 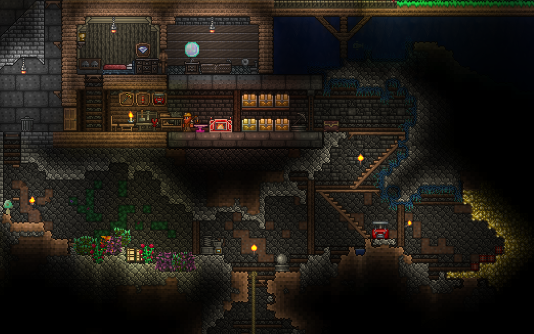 A bit past the lake is the Tax Collector's house. I wonder why his house is a bit far from the rest... 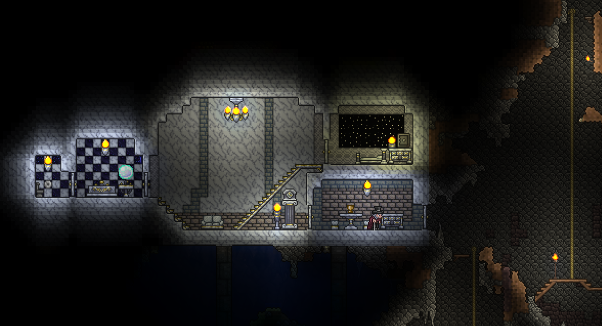 From here you can also climb up to the bar using rope. There's a honey pool cave nearby.
I advise against swimming in it because this pool is pretty deep.

Going a little further down past the marble shrine and another underground lake.
This is the railway station. It goes through Jungle, passes Jungle temple and stops at the beach.
There may be some enemies on the rail so it isn't very safe to use.

Now, we're going through one of the teleporter.
This one goes to the village in the sky island. There're home of the Angler, the Painter, The Stylist, and The Clothier.

Another teleporter leads you to the big UFO ship. The Mechanic, The Goblin, The Steampunker, and The Pirate live here. 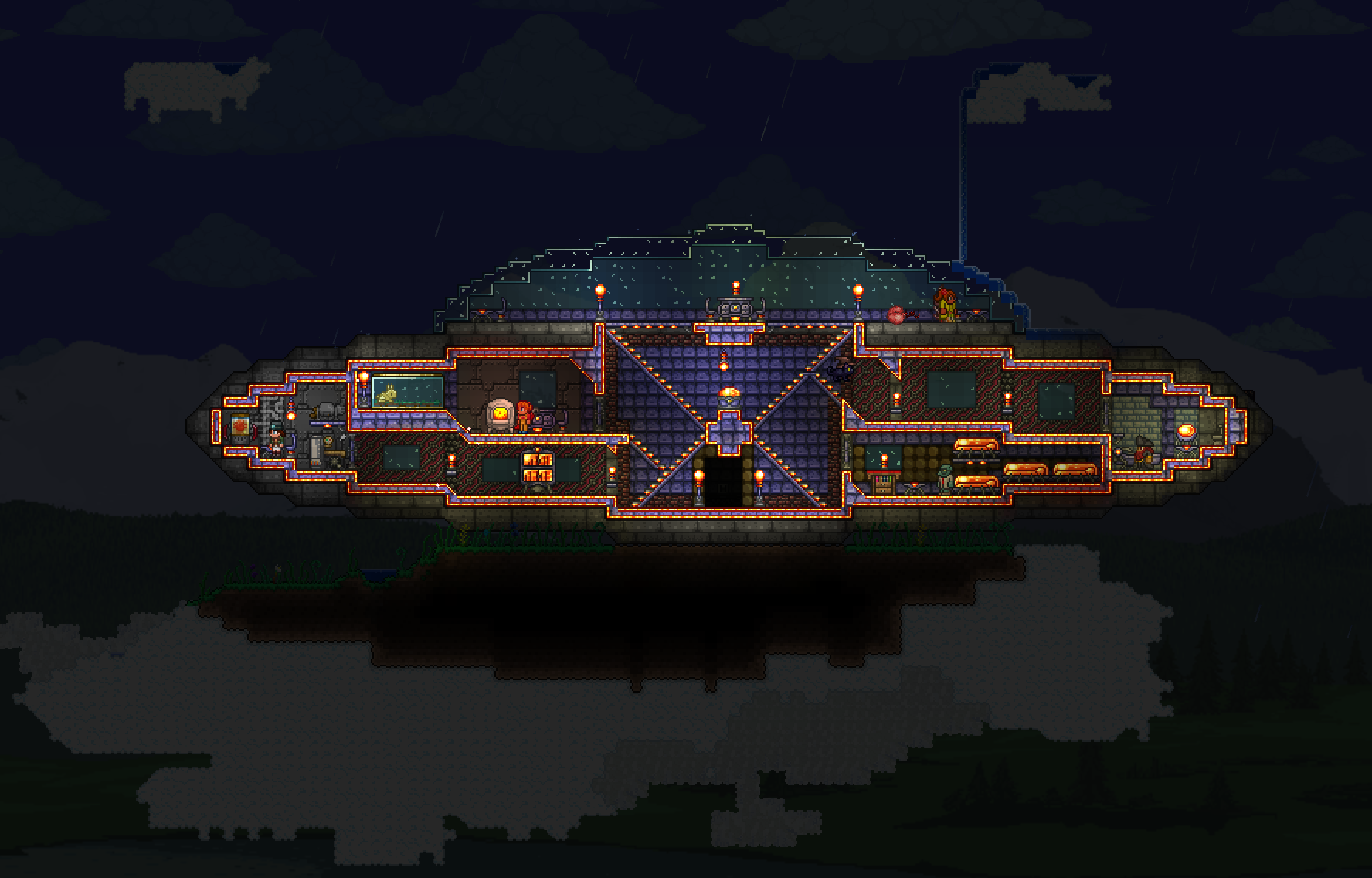 And Finally in the far Jungle. There's a cabin where the Dye Trader lives. The Dryad and the Witch Doctor lives inside the same tree.

(The teleporter goes to the entrance of the Jungle Temple)

And that's it for the tour. Seraphina is going to fight the twins tomorrow. I hope she will be alright.

This night is the day where Seraphina has a match with the Twins.

After the battle was over. The witch doctor noticed that Seraphina could need extra help in the battle. So he teaches her the arts of summoning.
And the first minions she summoned was the Twin she previously defeated. 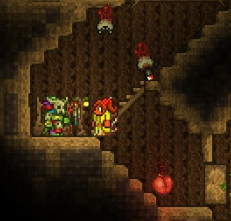 Now that she obtain a strong enough pickaxe to mine chlorophyte ores. She continues to explore deep in the jungle until her minions suddenly awoken queen bee. 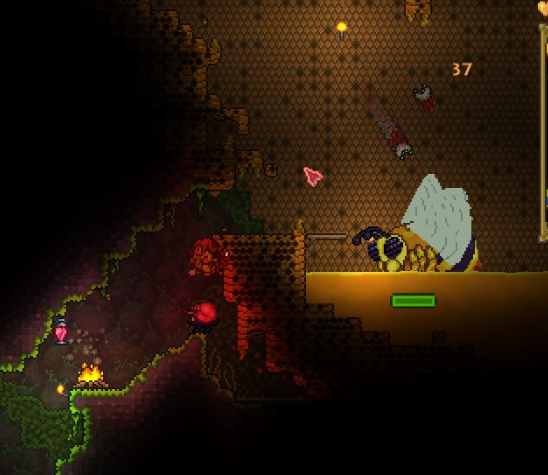 With some struggle, she emerges with the victory against the bee. 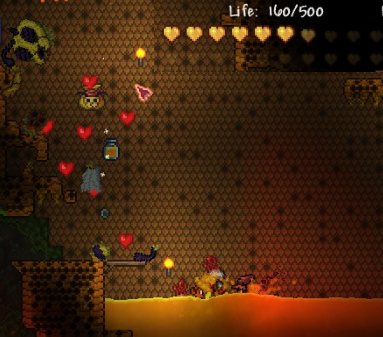 With enough chlorophyte ores, it's time to make a new and better bow.