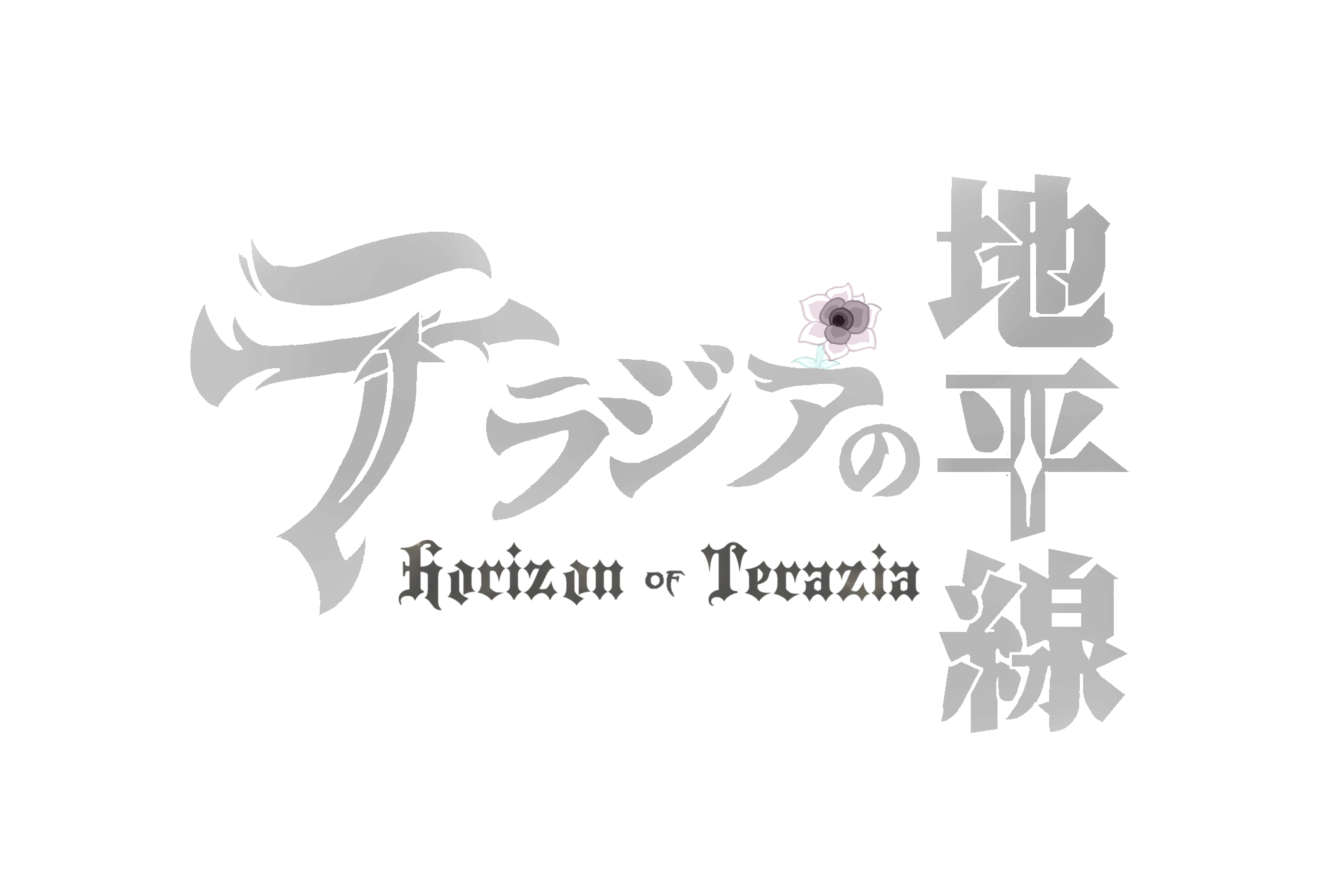 Hi Everyone,
For those who didn't read my presentation, I'm Dreken also known as Decyoshi, Akira Dorekan or Nox, 21yo. I'm a french artist aiming to become mangaka in a near future and I want to present you my biggest project I began creating 12 years ago as a multiverse at this time named The Legend of Terabithia. I'm also the creator of a friend team named The RedGeekers (You can find the Red-Fragment Blaster in Thorium mod which is a dedicated weapon to the team I commissionned in the game, an evolution of the Onyx Blaster).

My main project as the title says is Horizon of Terazia, a manga which takes place in an other world far from us where in the actual timeline a government...obviously governs the entire world using an inquisition to rule other the two continents. There's not any revolt because the martial law government (MLG no joke intended, GLM in french first thought) uses its influence as an old savior who once protected the world from a great threat invasion during a war named "War of the Wings". Legends tell some kind of angels help the new made government (322 years prior to the beginning of the story).
The great threat is a well known threat from this world (note the planet is named Térréïvillia), they are named Krasës, a sort of insectoid reptilian alien race which is also hidden with other people. Some are evil, others wants the redemption. They triggered almost every war in this world. Also there's what I can call an Alliance-Country (FR_Pays-Alliance) made out of 4 Terazia countries respectively important: Terazia East-Hawk, Terazia North-Kite, Terazia South-Falcon and Terazia West-Eagle. They are kind of a foe for the government since the influence of its is very low down here. Note the government wants the Existence to survive (not Humanity because humans are far from being the only race even if racism is present). They're saviors of the race, not of each one but the Alliance-Country wants everyone to survive and stay ok. 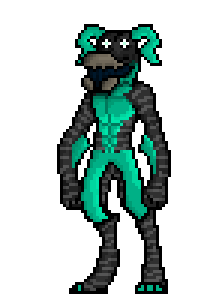 Krasës - Pixel Art Design (May Change in final render)
Before jumping into the actual story I treat in the manga let's speak about a grand known actual guild named Source Fantasya and the magical particle of my world. They are a guild like I said dedicated to the eradication of the Krasës and the protection of each kind. They got an important role during the Black Reptilians War 18 years ago. Two races named Greeshys and Korydos almost killed themselves and the guild come to save both of them. It seems this war wasn't related to Krasës. But there's one Krasës who comes a century ago: Nebula. He almost accomplish his quest but the blond girl shows up, using a well known sword of Terazia, The Striker, also known as the Aeon sword or the sword of triumph. We don't know why but that sword works pretty well to seal the Krasës since they are pretty tough to kill.

Next, I have to speak about that guy, yeah this guy is a very important person but I didn't mention it in all my paragraphs. His name is Jon Cryd Straycker (nothing to do with the Striker). 400 years prior, he saved the land from an ancient dark government and learn about the reality behind the Krasës but he disappears after that with all of his crew: The Hurricanes. He explored the sky and all its islands. He also explore underneath the continents cloud barrier (it's kind of an ocean over the real water ocean) and created the Air Army being what we call a Cyclon, a Valon and a Hunt (pirate of the air, pirate of the depths and pirate of the lands, I mean by pirate someone disliked by the government).
But the problem comes after. 100 years after this accomplishment, the Hurricanes arrived again (An average human dies around 70yo in our world, but it's more 100 / 110 for a Térréïvillia human). They are the ones, coming with some Krasës army who triggered the "War of the Wings". Nowadays, some people think JCS never did such a thing, but the majority of the people is inclined to think the opposite sadly. The truth is well hidden and nobody knows what happened prior to JCS, nothing state what happened in the past before its era. Oh yes, note that JCS became King of Horizons after all his saving, its title is very ambiguous since what he did after that.

So now let's jump into the adventure. The story debuts in X422, in last december. Alferyk shows up on his horse, ready to take the train to the annual commemoration of the angels...
So we're going to follow Alferyk Dorren, young buddy having ghost eye miasm and so rejected by others, who wants to get his sister back by traveling through the world like an ancient decried hero named Jon Cryd Strayker did in his own time. He wants to understand his disease and the reason of the government fight against Krasës, those tech advanced creatures who didn't stop racking the world all those millennials. He knows he has to tread land sky and seas to understand this world, and more likely himself. Palwyne is a good friend of him, born in a rich family who ran away and meet Alferyk. They don't know yet but I can ensure they will together change the world. They're going to recreate an ancient guild for that (and guess what ? It's Source Fantasya of course).

I know Alferyk is a big part but trust me, Palwyne is equal with him in terms of story, background and utility in the scenario. They coexist, one without another they aren't complete.

Time for some Art of the 2 main heroes and The Pavillion Team, the main team.

I hope you enjoy reading and will come with as many questions as you can. Thank You.
I let you a link down below to my deviantart and instagram where I post the most of my works:
DrekenX1 on DeviantArt
Akira Dorekan (@drekenx1) • Instagram photos and videos
R

Can you upload this on mangarock xD

Ahah maybe one day. I know I decided to upload the first chapter on mangadraft when its done to receive people opinion about it. Maybe I can do an english version as well. Can't tell when since my paging work is very bad for now (I know all artists are defeatists but whatever ^^). All I can tell is as soon as I can I think !?
You must log in or register to reply here.
Share:
Facebook Twitter Reddit Pinterest Tumblr WhatsApp Email Link
Top Bottom