I think this may be the place for me to ask this.
On the server I'm playing, I made a shelter which is locked behind a Amber Gemlock.
The Amber Gem I always carry with me. But the problem, is that the only way of keeping the entrance opened, is if I leave the Amber Gem at the Gemlock.

You can already wonder that the shelter isn't safe If I leave the gem there, not only that, but the only way of opening and closing the entrance to the shelter is by placing/removing the gem, so If someone removes the gem from It, my character will be locked inside (and I will lose the gem, of course).

I thought about making the Gem be used to enable something, like a switch, to then be able to open the entrance to the shelter. It didn't worked. Switches aren't affected by actuators.
So, now I have no ideas on how I can revamp the entrance to my shelter.

The world I made the shelter is currently on Pre Hardmode, so there aren't conditional blocks disponible.

The image shows the entrance of it.

I think such a thing could be done with teal pressure pads, dart traps, and actuators. Can you describe specifically how you would want the wiring to function?

I want the shelter only to be accessible if has the key to it. But leaving the gem on the lock during the entire time someone's there isn't a good idea, even more because... Multiplayer.

Nakano15 said:
I want the shelter only to be accessible if has the key to it. But leaving the gem on the lock during the entire time someone's there isn't a good idea, even more because... Multiplayer.
Click to expand...

Do you want any changes to those steps, or is that what makes sense to you as well? 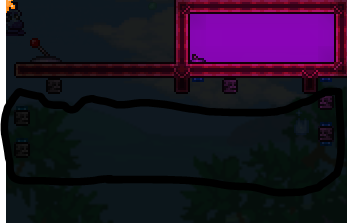 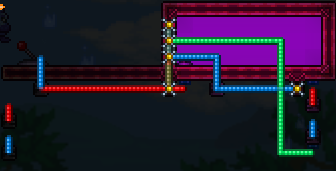 The problem with that is that It's timed. If one miss the time to enter/leave the shelter, will be stuck inside the walls. 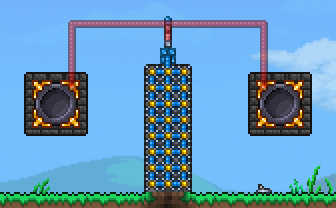 you insert the gem and take it out to toggle the door. More of a keycard approach.

The problem is that the world I'm playing on is on Pre Hardmode, so I don't have logic gates disponible yet.

By the way, I managed to make a kind of work around for the lock issue. I made so placing the gem in the slot, opens a 3 tiles tall hole under the player, which allows access to a switch. The switch opens the entrance to the shelter, and to close the access to It I just need to remove the gem from the lock.

That solves my problem, but It's quite annoying to handle.