For my birthday, I've bought an XBox controller so I'm able to play PC games without having to sit down. And I've already noticed that some games play really comfortable with it.
And as a second reason: I can also experiment with XBox Controller Support for the games I've made.

Currently already figuring things out with XNA, And decided to give Space Siblings a fleched out Controller Support for the heck of it.
Knowing the full practise also makes me more certain how long I can be busy with it. 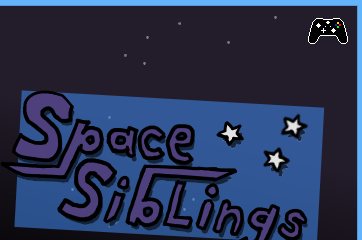 Gladly the programs so far doesn't require too much keyboard/mouse input, so the transfer can be done without soo much problems.
And once I got Space Siblings working, then maybe Hjort Helten may get one too.

And Space Siblings has been updated to v1.1.1, with the main feature been added Xbox controller support.

---v1.1.1---
- Added XBox gamepad support.
Features seperate control options for keyboard and controller, precise Analog Stick movement.
An icon to indicate the connection, UI text changes when a controller is connected, and a rumble when the ship got hit.
- Controls are now on a new section in the main menu.
- Manual hypermode is now a default setting.

This icon indicates that it found a controller, and the UI and instructions will change on that
For example, this:

For the majority, it still prefers both Keyboard and Gamepad inputs when a Gamepad is connected.

A controls menu is added so both Keyboard and Gamepad settings can be set seperately.
Gamepad controls can be set for left joystick, right joystick or D-pad. When setting a joystick, you'll use the triggers as the up-arrow.

(Text sticking out of borders...reeeee)

So far I know the support function only works for a Single XBox 360/XBox One Controller. Since the idea was to let a single player control 2 ships at a time.
It's uncertain if it'll support other controllers or multiple at a time.
I doubt I'll continue to add it everywhere from now on. As it is still an additional thing to lay support on.
But regardless, this was a fun experiment to try out. And the controller is now 1 game richer to support. 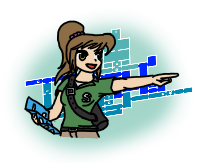 After some good month, Hjort Helten has recieved it's first update as well.

With mainly featuring a minimap! 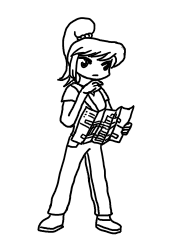 When pressing M, a metroid-inspired minimap will show up, showing which rooms you've already discovered, and which room you currently are.
As you go through rooms you havn't visited before, the map will update it the next time you're opening it up.
Some rooms had to be tweaked a little bit to make the progress of the minimap somewhat cleaner. But overall I find it a nice improvement.

- Bombs can be thrown again without having to wait untill the previous one exploded. You can also shoot an arrow at them to explode instantly!
- Maximum arrows now starts with 2, where the quiver upgrade adds a 3th one.
- Minor tweaks and bugfixes.

Controller Support and Keybindings have been attempted to do, but they've been too difficult to implement for the current engine.

Overall, there are no significiant changes to the game's visuals and balance, so the update is more suitable for those who havn't played the game yet.
Fair warning: because of the saving method used, the save can't load the changes made.
Attempting to load a previous save will most likely cause a crash, so it's required to start a new game instead.

So far this was an update to the game that I think it needs since the beta publish.
I'm not sure if I'll do another small update this year. At the moment I've also wanted to look into new things instead. Maybe more stuff to draw, or maybe a smaller project to work on. 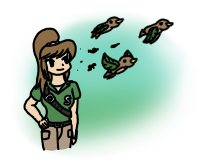 It has been a good period of rest, and after another month of work, Hjort Helten has recieved it's second update.

This one focussed mainly on improving various visual effects of the game.
As well as an improved tileset and frames per second increased from 30 to 60 FPS, which makes the game much smoother overall.

- The Birds are no longer hostile, and flies away when approached.
- Balance changes to certain tough enemies, giving them a weak point to certain weapons.
- Small graphical changes to the GUI.
- Changed some rooms layout a bit to have more space around.
Huge thanks to the TileSetter tool which makes creating and updating tilesets much easier!

No significant gameplay changes have been made, but with the smoother movement, new tilesets and new effects makes the game look more polished than before. But there's still a long way to go for a real release.
It's been quite an experimental build, with trying out full backgrounds, improving the FPS, and thoughts about controller support. There's a lot going on when trying to implement backgrounds. And controller support would probably need custom keybinding settings as well. I've decided to save these for later.

Fair warning: because of the saving method used, the save can't load the changes made.
Attempting to load a previous save will most likely cause a crash, so it's required to start a new game instead.

The next update may either be trying for controller support, or implementing backgrounds and finishing the visuals.
I'm looking forward working on those.


Also, this may probably be the last time I'll call it "Hjort Helten".
It's name's up for a change. 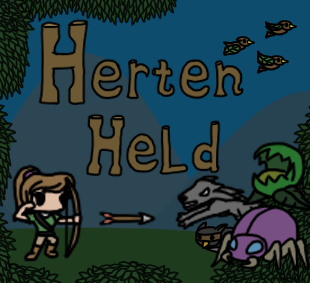 Happy 4th anniversary of development!
After a long year, Hjort Helten can finally leave it's Beta version and turn into Herten Held!

Much changes have been made since last year, for now, I'll mostly highlight the biggest ones:

- Backgrounds everywhere! along with background tiles and objects in every room.
- There are now intro and ending scenes. Including an ending timer, and various ending screens depending on your actions and time.
- Some enemies have improved their behaviour, the Final Boss has recieved some new attacks as well.
- The top area of the game is rebuild into the ruïns of a sanctuary, and it has gotten a new miniboss too.
- The overall artstyle on enemies have been redesigned so they blend better with the other backgrounds.
- The Shadow Wolf boss have become stronger, with more health, new attacks, and a second phase.
- New music added for the Sanctuary, and the boss theme is changed to an original soundtrack!
- Controller Support! Although changing the keybindings aren't possible yet, you can now try a new comfort of button settings.
- Minor changes, including improvements to items, rooms, enemies, secrets and more.
It has come such a long way, with a lot of up and downs. I was also thinking back at the time I almost discontinued the game mid-way.
I'm glad to see how things have turned out now. And I'm really glad for all the support I've been recieving along the road!

There are some ideas for future updates, but currently I rather want to take a break from the pasttime game development. Once I feel recovered, I'll likely focus on smaller projects. This game has been a huge learning journey and I'm glad that I've taken this mountain to climb. 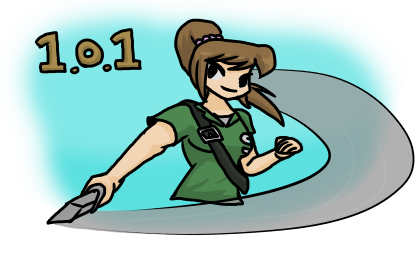 Hey everyone,
I've released a small update that does some post-release fixes on HertenHeld. And worked on some of the feedback recieved.

One of the main changes is the knife improvement:
It's range is now slightly increased, and it's hitbox now lasts the full slash frame, instead of the initial moment, this makes it much more useful to hit enemies or other objects while moving in mid-air: 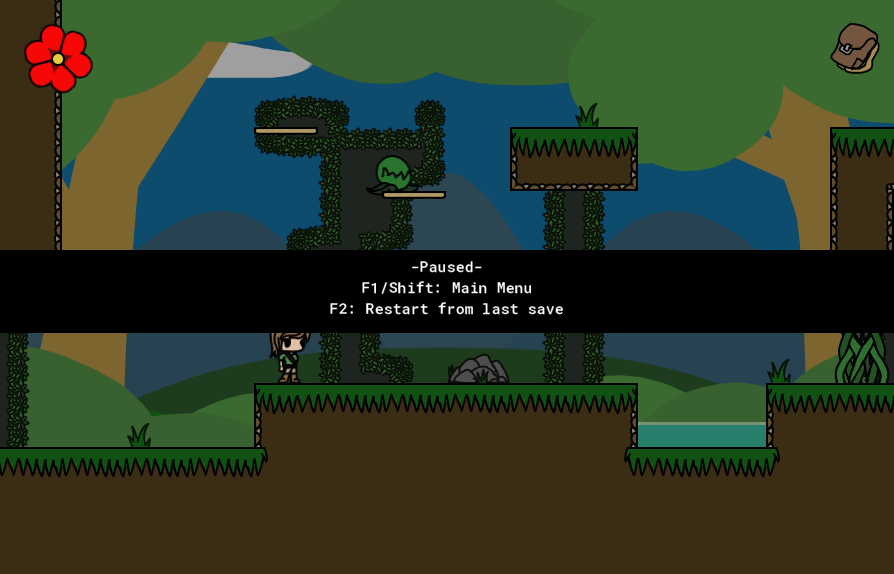 - The pauze screen now shows the game on pauze, rather than a black void.
- It's now possible to restart from your last save from the pauze screen using F2, (Currently just Keyboard only)
- The default ending screen is updated.
I've already ideas for a next update, like improving the controls and UI.
So things like assigning controls/keybindings are in mind. As well as a proper pause prompt are in mind. So the options are shared between keyboard and controller right away. (And maybe I'll look for a different way of saving, so updates can roll out a little smoother)
I'll also have thoughts of features that were cut from the release. Like stronger enemies appearing in earlier rooms as you progress, or something that gives you directions where to go in case you're stuck. To increase the difficulity and accessability, respectively.

However, I'm still recovering from the effort put in the release version.
I've wanted to do some of the necessary changes, and then take a break from gamedev for a while.