Return to Neibreth: A Sequel to a Text Adventure of mine... [Story based]

Grant looks at Walter like he's a moron, since now Winters is going to expect the unexpected, and then tries to deck Winters.

That WAS NOT an explosive rocket. It was just the type you can buy at a Walmart, and is supposed to ONLY stun.
[doublepost=1515680003,1515679616][/doublepost]“Wait, how did you know I had a wrist rocket? THAT WAS LITERALLY THE FIRST TIME I’VE USED IT SINCE ARRIVING!”
*Scans Winters whilst summoning Irate/Nate*

IHATETHISSIGNUP said:
That WAS NOT an explosive rocket. It was just the type you can buy at a Walmart, and is supposed to ONLY stun.
Click to expand...

[I mean Zell was swung into it and it’s still going fast]
“sHI-“ Ouch. That’s gotta hurt. Zell... Doesn’t really know what to do. Nearly everything he has that could do anything bad has a standard method of doing it, and he wasn’t about to just chuck anything at Winters (both because hell no it’s stuff he might not get back and because it’d be expected.
... I mean, that could work... Zell tries to hit Winters over the head with the wrong end of his chain knife. Not sharp, but...

Creeper da Snek said:
I mean Zell was swung into it and it’s still going fast
Click to expand...

Still, at worst it would feel like a punch.

(Face Hogg) "A 'true' warrior wouldn't try to fight someone who's already been injured!"

Certainly.
*Invictus struts to the mouth of the tunnel, turns around, motions Ryuga to follow, and glares at H&S*

I approach the dragon.

"Gladly!" Happy walks next to Invictus. "And this is why you never offer people your help." Scary whispers to Invictus.

"Hello. Are you one of the survivors?"

"What are the survivors?"

"Well, I'll be sure to do anything I can. I didn't catch your name."

(Something I always say is "I didn't throw it" )

"The ones looking for the crystal stars? Actually, better question. What are you doing here?"

"I'm here to find the source of an anomalous signal."

*Ryūga follows the group and puts his hand on his weapon, ready to unsheathes. He seems suspicious...*

"Hmm... you may want an ally. Would you like Purrvis here to join you on your adventures?"

I then turn to Purrvis.

"I want you to have these."

I give him my full inventory (minus the portal and potion).

"Well, it is always good to have allies. That's something I've learned during my time in the military."
*Realizes having no way back to their reality and gets sad.

Apologies for no update, i've been losing motivation passed few weeks, But rest assured i should be able to get back into things soon enough, keep in mind i won't be able to update on fridays saturdays or sundays due to work reasons.

Colonel Winters
HP: 350
ATK: 25
DEF: 0
Monster Family: Humanoid, Humanoid Slayer Runes effective!
Weakness: Fire,Ice,Poison
Resistances: Darkness,Stone,Blind,Crying,Sleep,Mushroomize,Diamondize
"The leader of the Enclave that Queen Tsarin brought to this world, He over analyzes everything and has the unique ability to foresee every standard action his enemies make based on moveset. It seems he loves building machines."
Inventory: Winters Coat: A sweet coat, No DEF but looks neat
Plasma Pistol: DMG of 45, a gun that shoots plasma
Oh Bah Gah! Yo-kai Medal: Summons the Merican Tough tribe yo-kai "Oh Bah Gah!"
Ability: Punch: Basic Attack
Ability: Radio: Calls in enclave with his radio
Passive: Dodgy: Chance to dodge most attacks
Passive: Counter heavy: Loves to counter attack.
One Time Ability: Wrath of the Enclave: Summons two vertibirds to sit in the sky and fire at the enemy every turn. 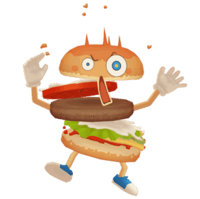 Edgesworth starts acting edgy because he cannot lay a single hit on Winters
Grant walks up and decks walter in the face, it did 36 damage...
Zell tosses his chain knife towards walter, But tossed the handle at him instead, it did 1 damage.
Walter dashes up and slashes the enemy Oh Bah Gah!, it did 81 damage! Oh Bah Gah! was defeated!
Oh Bah Gah! dropped a present!

Winters: Hmm.. Time to change plans...
Winters pulls out a radio and uses his one time ability!
Two vertibirds appear, they target Jack and fire at him, it did 140 damage!
The Vertibirds cannot be damaged, they will flee when Winters is defeated!

Aleron and Endzor have a conversation, and it seems that Endzor is ready to leave Neibreth..
Purrvis: So, is this the part where we part ways?
I see... in that case, i wish you good luck on whatever adventure you embark on my friend...
Dragon? I am Goresby Purrvis, Manipulator of Time and Ex-member of the Doom and Gloom legion, i will be more then happy to lend my blade and the skills that come with it as an ally... and Together, We can hopefully find the energy signal you search for, and stop the Legion...

Would you like to let Goresby Purrvis join your party?


The group wander into the strange passage way, They hear a growl and brace themselves, A red scaled dragon in a mining get up comes running by the group, He yells in a new york accent
Dragon: EYYY I'M FLEEING HERE!
As he pushes Happy/Scary out of the way due to them standing in it.
The group wanders forward and find a giant underground lake, But it isn't full of water... It's full of black goo...

As invictus gets closer, A skeletal arm reaches up and grabs his arm! Suddenly the black boned skeleton peaks out, And it's familiar...
Wrath leaps out from the pool and draws his spear, as he points to invictus only and does a "neck slice" motion with his free hand.

Wrath holds out his free hand and absorbs all the goo of the lake, revealing a VERY deep system of caves that the stuff was clogging up...
A red and black aura surrounds Wrath...

Man:... Король Ничего, Er... Korol Nichego.
It is the name i use now... As it's meaning could tell my entire life story faster than i could...
I guess thanks for listening to my rambles... I wish you luck on your adventure....
The man proceeds to continue his walking.
Now what?


Goreham-Hogg: *Snort* Well well, A human of all things? *Snort* You'd need to be pretty brave, Or just suicidal to be wandering around MY turf!
But i'm under strict orders you see, and You have been identified as a.... Pest...
Hogg steps closer as he starts swinging his flail in the air
Considering he is only guarding one direction, You can easily flee in the direction your back iss turned to, But the fog in this swamp is beyond thick, it might be hard to see, Take the chance? Or would you attempt to hold your ground against Hogg?

Alright, this is the last turn zeke is safe, i think it's time to let him go...