tModLoader Rise of the Colossus 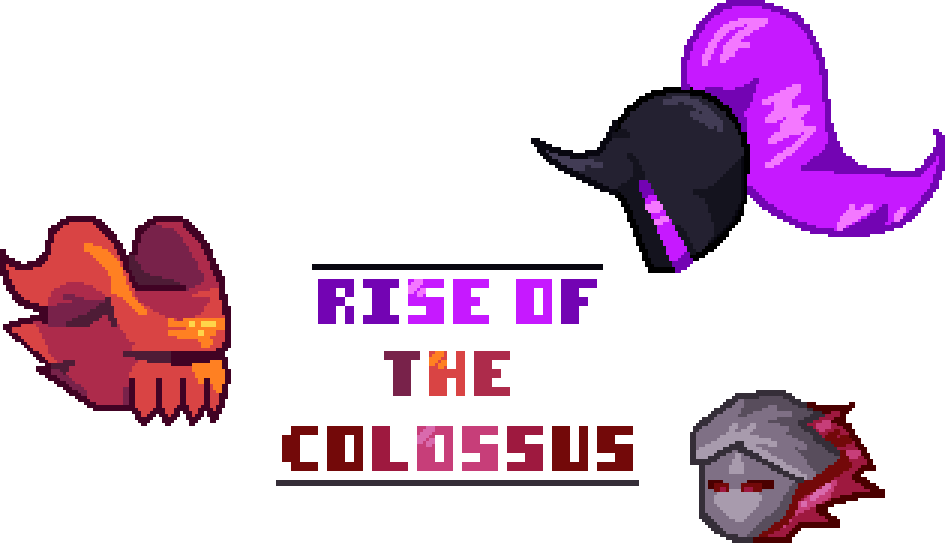 This is a thread where I will post about a mod I'm working on called Rise of the Colossus. I plan on making it a big content mod, with lore, NPCs, bosses, ores, and maybe even biomes. It will also be a sort of convenience mod, with crafting recipes for most accessories, a system to convert items, (iron to lead, demonite to crimtane), an NPC that sell common enemy drops, and one that sells ore, etc. For now the mod is in early development, and doesn't contain a huge amount of things. Also, please note that this mod does not contain much summoner stuff. it's not that I don't like summoner, (it's actually one of my favorites) It's just that Summon weapons are hard to code and I'm pretty new to modding. I might make a few summon weapons, but no armor or accessories. at least for now. If you have any weapons, armor, etc that you would like to see in the mod, feel free to make a suggestion. I'll make sure to take any ideas you have into consideration. Also, everything in this mod is subject to change. I update fairly frequently, and there is a good chance in the future I will remove some of the things that are in the mod as of now.

Version 1.6.3 (this update is a sneak peek for a much bigger soul seeker class update)

Added a few weapons for the class

Added some armor for the class

Added spears for the pre-hardmode ores

Added shortswords for the hardmode ores

Fixed bugs and balancing issues with the 1.6 update

Added the Onyx Rifle and Magnum

Plasmite armor now give increased chance to not consume ammo

Added three weapons, a crafting material, an expert accessory, a trophy, a mask, and a lore book for the Sunfire serpent.

Added an upgrade to the sniper scope crafted with Plasmite Bars.

Added an upgrade to the fire gauntlet crafted with Sunfire Bars.

Added Devilsknife, a weapon referencing Deltarune that is an upgrade to the Deathsickle.

Added two new enemies that spawn in hell (Sunfire Slimes and Sunfire Bats) after moonlord is defeated and drop Sunfire crystals. these can be smelted into bars

Removed the dev item added in 1.3 and replaced it with a dev vanity set.

Added an upgrade to the ankh shield

Added the luminite anvil, used only for 2 things (for now)

Added a new hook that drops from green slimes

Added armor and weapons to go with Plasmite ore

Added Cryophobia, an upgrade to the Blizzard staff

Added upgrades to all the emblems

Added resipes for all the emblems

Added Star Dust, a crafting material made from fallen stars

Changed the Shell Shield so that it no longer increases melee dmg, it now lets you dash similar to the Shield of Chuthulu

Added one new enemy, it is a slime made to drop the plasmite ore that were added

Removed Xenoswarm Rifle because it was buggy


9 Flamethrowers, strewn through out progression, from pre-boss to post pillers.

Gem swords, one for each gem in the game.

Gem revolvers, one for each gem in the game.

Recipes for many accessories. (without breaking progression)

An upgrade to the Candy Corn Rifle and Xenopopper. (I know this seems random, but basicly im making upgrades to many weapons and these are the only ones for now)

One NPC. He is the Fisherman, and he sells bait. He also has a "Catch of the day" feature, where once every day he can give you some randomly chosen fish. ( **WARNING** this feature is not fully fleshed out, and does not completely work. I would not use the fisherman's catch of the day feature untill it is complete. ) 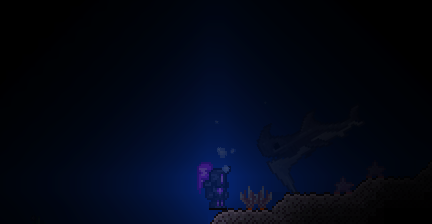 The Soul Seeker class is a new class added by the Rise of the Colossus mod. Here's how it works:

~Weapons~
There are two different types of Soul Seeker weapons: Scythes and Chain Knives. Both of these weapon types use Soul Points, which is like mana. Whenever you hold a Soul Seeker weapon, two things will happen. Firstly, a bar will appear at the top of the screen to the left of the health bar. This bar shows how many Soul Points out of 200 you currently have. The second thing that will happen is a minion will be summoned. Each weapon has a different unique minion, but all of them are ghost/spirit themed. These minions are there to protect you when you are out of Soul Points.

This is a list of all current bosses, as well as bosses that I plan to add in the future.

Dayblaze The Sunfire Serpent, a once mighty serpent, his mind was crippled by Abyssus

The Valkyrie, servant of Auryn

Kane, a warrior possessed by Abyssus

The Glacier Hydra, an ice dragon that was mutated to have multiple heads

Paste these into your signature to use the support banners
Sunfire Armor:
Code:
Onyx Armor:
Code:
I have a discord for the mod now! I post updates on the most there, so go there for that. This page is more for general info
Here's a link: Join the Rise of the Colossus Mod Discord Discord Server!
I have a youtube channel where I sometimes post videos showcasing new items or the many items and weapons in the mod
https://www.youtube.com/channel/UCMcRJN7L9ow-1-mgLyx3fZw/about
Spriting:
Me(Demigodish)

Other Credits:
Calamity mod, for inspiring me to make my own mod

You should make a Discord server, you might get TmodNews attention.
Last edited: Dec 24, 2020

Very nice! I don't really know how to word this, but the inside border of the crystals sticking out of the slime is too dark.

Thanks! I took a look at some of your stuff and it looks pretty nice too.

Is this going to be part of a new biome?

CantWontDo said:
Is this going to be part of a new biome?
Click to expand...

No, I'm not skilled enough at coding yet to make a new biome. They spawn in the underworld when you defeat Moon Lord
Last edited: Dec 24, 2020

I've finished spiriting the armor made out of Sunfire Bars!

This one is melee, but I might make different helmets that give different stats, like the hardmode ore armors. The main feature of the Armor is that the set bonus is that all your attacks inflict Sunfire Inferno, a debuff like fire.
Last edited: Dec 24, 2020

The pickaxe and Hamaxe sprite for the Sunfire stuff is finished! I should hopefully get this update out tonight or early tomorrow. Merry Christmas!

The Sunfire update is now released!

I decided to make a Sunfire themed flamethrower and summon weapon, and the mod has been updated to include them

I'm thinking that I want to make the Sunfire items obtained a little later, because as of now you get them at the same time as Moon lord's drops and the Luminite armors. So I'm going to make a boss called the Sunfire Serpent that has to be fought before you can craft Sunfire weapons and armor. Although this probably won't be out for a while as worm bosses are pretty complicated to code...

Also, I want this mod to expand on vanity, since I feel that there should be a lot more in the game. Here are a few I've been working on.

In case you don't know who some of these guys are, this is Iron Man, Master Chief, Doomslayer, and Thanos

The newest weapon, Devilsknife. It is a weapon based off a weapon of the same name from the game Deltarune, although I did change the sprite a bit. It is an upgrade of the Death Sickle and Ice Sickle. 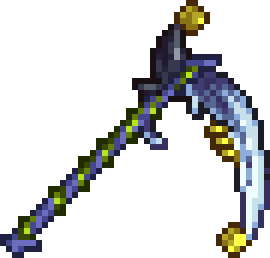 I can tell the finished release of the mod is definitely going to include lots of references.

SimpleSparks08 said:
I can tell the finished release of the mod is definitely going to include lots of references.
Click to expand...

Oh yeah. it's something that I wish terraria had more of. and if it isn't in vanilla, I might as well add it to my mod.

I have a suggestion for that boss name. How about about "Dayblaze"?

CantWontDo said:
I have a suggestion for that boss name. How about about "Dayblaze"?
Click to expand...