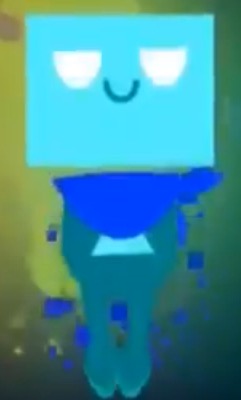 Bubby Aurora said:
I teleport onto your head

((There isn't a Trope for Pink Corruption on TV Tropes, and now I am sad.))
Click to expand...

Bubby Aurora said:
"We can waste it if we want. After all, we have infinite electricity. If you don't believe me, look for the Symbol of Electricity on the side of base."

I smile. There's a magical look in my eyes.
Click to expand...

I was very tempted to say how OP or how impossible that is... Until, I remembered...

WE ARE IN TERRARIA!!! Seriously. The place where you can get a single switch to power a silly balloon machine forever, as long it doesn't get destroyed or turn off.

Not only that, we have a minecraft portal, which can get us a switch, that when set to the "on" state, can power an entire minecraft city's light system. Seriously.

So, Murphmario shouldn't be worried about wasting electricity when the switch itself produces all the electricity they need.

Also, the only difference between the switch and the seal of infinite electricity that's not a visual appearance is a switch can be turned on and off, while the seal can't.

So it kinda makes the seal useless compared to the many switches we have in the base. Also makes the base's generator that we have useless either way.

Bubby Aurora: We have INFINITE POWER!!!

Munar: No, wait, that's illegal. *Thanos snaps it out of existence*

IDK why I made that but eh.

I bounce into Bori's arms as I turn into a shiny Eevee.

I come bursting out of my vine form, already fully transformed into a Riachu. Unlike Friend and Alias, I'm not a shiny.

I'm turning into a shiny Umbreon.
Click to expand...

Bubby Aurora said:
I walk outside, gesturing for Bori and Alias to follow.

I pick up Alias and do so. 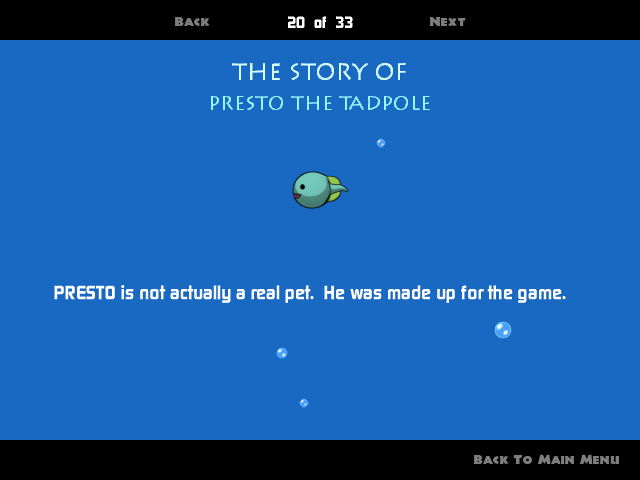 (Basically you're asking to make him with the same story but Japanese.)

Bubby Aurora said:
((Because I had a lot of ideas, and others i made on the spot. Those ones were Skylands, Coven, and Xadia, aka the three neutral kingdoms.))
Click to expand...

(Skylands is copyrighted tho.)

Defure said:
((Seriously though. Why would ANYONE keep potions in the same place as food?))
Click to expand...

(Because they usually have food and drink, and potions you drink, and someone KEEPS MAKING HUNDREDS OF THEM. Seriously, why do we have thousands of potions? IDK why the base mass produces them.)

The creature growls before something gets broadcasted to all computers, phones, laptops, everything that can receive digital files.

That's definitely encrypted text, but where to decrypt it?
Click to expand...

(Of course. You're taking it from me before, haven't you.)

UltiDaniel said:
The note seems to have a very friendly message:
View attachment 222755
Click to expand...

Murphmario said:
"Yeah. Definitly. Though, getting someone sick is an odd way to posess someone."
Click to expand...

(It's called breaking down mental barriers with headaches and other diseases.)

(Also, have this pixel drawing of dark Cthulhu) 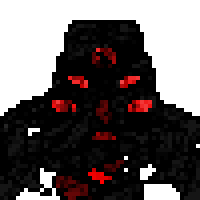 IDK why I made it but eh. Have it for whatever reason you want.

Animus Viral said:
(BEcause it's fan made m8.)
Click to expand...

((There are several fanmade things that have entries on TV Tropes. Including ones for Calamity and Thorium.))

Murphmario said:
((There are several fanmade things that have entries on TV Tropes. Including ones for Calamity and Thorium.))
Click to expand...

(How many fanmade animations are on there then?)

Animus Viral said:
(How many fanmade animations are on there then?)
Click to expand...

Lots. There's even one for Stickmen VS Terraria. Just because the work's fanmade doesn't mean it's excluded from the site.

Well, then I guess it has to do with popularity or something like that.

Murphmario said:
Lots. There's even one for Stickmen VS Terraria.
Click to expand...

Oh hey! I remember that!

That's just a cry of disappointment. I start trying to jump from the bed to shelf with wall jumping, and failing that, I sit on the floor, really wanting to touch the thunder stone.

*umbreon, times a lot* ([Alias, it's okay. You're still a baby, you don't need to evolve yet. When the time comes, we'll let you pick what you want to try to evolve into. But you'll have turned back by then, okay? Now's just not the time to force yourself to evolve.])

I pick up Alias and carry him to bed.

((That last quote references the Clock Ending of FNaF World.))
Click to expand...

(Also press F for the entire Master Storyline, or not, I don't care.)

I put a lot of stuff into that, and most of it became scrapped and unused. So F.

Bubby Aurora said:
"A whole world was consumed with pain, death, and suffering by broken shadow. The deaths you could face could give you horrible paranoias for life, you could be scarred and in fear forever because of the things it can do. It can slowly turn you inside out, and you're forced to survive and watch every second of it and then die in pain. You might be stuck watching as a hallucination grabs your chest and wrenches your vitals out. You... I don't want that to happen to you."

I begin to cry a tiny bit. You can see the tears in my eyes.
Click to expand...

(Reminds me of a quote: "I will flay the skin from your flesh and the flesh from your bones and scrape your bones dry. And still you will not have suffered enough.")

I suddenly rush onto your shoulder and tickle your cheek, now visible.
View attachment 223029
Click to expand...

AlphaEspeon said:
*The bullets bounce off* Fools! You think metal will hurt me?!

Tip: Use nonmetal weapons to do damage

*I jump up in the air and punch Administrator*
Click to expand...

AlphaEspeon said:
No, not really.

((I was messing around in RPG Maker XP, and with this custom weapon I made, I managed to do over 200000 damage for a crit))
Click to expand...

(Get RPG maker MV, it's better and easier to work with in my opinion.)

Bubby Aurora said:
"It's your choice and your choice alone. Knowing my real name can do us no harm, but I'd rather not be called by that non-digital call. It's a thing for reality and not this text world that we all see differently. One example of that is that I see the Base to be a large facility made of white materials like diorite and marble, similar to a sci-fi factory. I'm sure you picture it differently. Back to names... I'm sure the absence of harm in knowing our real names doesn't apply to a certain Animus Viral."
Click to expand...

Maybe you could recycle it somewhere else? IDK.

So, let me see what is going on right now.
1. Alpha has a dreamscape/mindscape/etc. dimension that conforms to her desires, and making impossible for anyone other than the people inside to interact with it, meaning no events there with evil organizations and no new arrivals that can't make sense due to Alpha controls all rule as seen multiple times, only the typical normal conversations and interaction between a small few characters.
2. The world is being mechanized, and almost no one (Almost I said.) is trying to stop it because 1. It's a difficult situation. 2. Some people are stuck in the Alphan dimension 3. Lack of people. 4. UltiDaniel is AFK at some points in time. 5. Even the gender potion fight is kinda halted because Sockmonkey is AFK.

Anyone have any ideas? Because I can't do anything in either world because of the Alpha has to allow it rule in the Alphan dimension, and the main world is being mechanized.
So uh...

Is this going to be stuck in this state of being stuck or... what?

You're right. We need to figure this out somehow. Maybe we should just finish up the event next time Ulti gets on.