That is where my vanilla saves are though, "D:/Terraria Saves". I mean I guess it's not that bad of a workaround though. At least I can play

I found the problem...

Why are there servers only in North America or Europe?
A 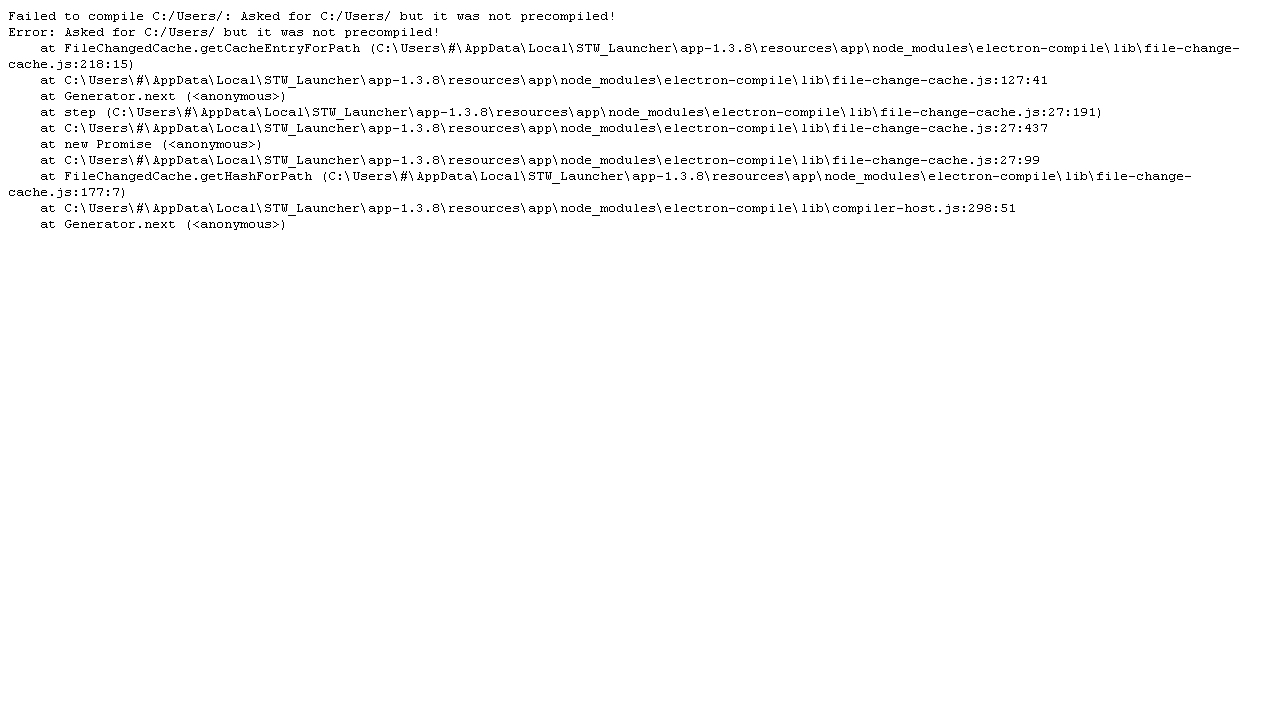 i got this after installation finished, how can i fix it?
somebody pls tell me

How can I redo a quest?? I was doing the frozen mirror quest with the Viking but made the wrong item with the ice shard and now I can't open the door cause I have the wrong item.

why should I give you the username and password from steam?

We use Steam to verify that you own a legal copy of Terraria and for your character data to be tied to that specific Steam account. This is achieved with the login checking what your SteamID64 is (a unique identifier used to identify a steam account), which is something anyone could find regardless if they know the link to view your steam account.

Do keep in mind that several members of Re-Logic have tried the mod in the past and have not had a problem with it, along with thousands of users having logged in to Steam through the launcher already, without anyone having had problems in regards to their Steam account being compromised.

Hopefully this helped you feel more safe about the Steam login step which I can reassure you is safe, as otherwise we would not be allowed to keep working on the mod.
Last edited: Mar 27, 2020
M

hi would the launcher still work if terraria is shared to me through steam family sharing? right now it says unauthorized user and i cant go past it

maximilius212 said:
hi would the launcher still work if terraria is shared to me through steam family sharing? right now it says unauthorized user and i cant go past it
Click to expand...

Sadly it will not. To play the mod you will need to own the game on the account you want to play it on, with steam family sharing turned off.

Actually, how do I just erase all my data? I want to start completely over from the start!

How to change Language

I Choose wrong language by accident

Introduction​
You may be wondering; “What is Super Terraria World?”. Super Terraria World (STW) is a standalone (ie, non-tModLoader) massively-multiplayer online role-playing overhaul mod. The primary goal being to bring a classic MMORPG experience to the masterpiece that is Terraria.

More Information​
A Link Between Worlds:
Super Terraria World encompasses a physical area far beyond the current limitations of Terraria world sizes through a new feature that connects multiple world files together. By walking to the edge of a map, jumping on a boat, or entering a doorway, you can be moved smoothly from one world to another. As STW grows, you will eventually be able to head in one direction, and through world transitions, come full circle, ending right where you started!


More on Super Terraria World:
STW brings you a different take on the Terraria you know and love. The most prominent change is that the majority of the world is static, meaning players will not be able to build or destroy tiles in most locations. There are of course some exceptions, as certain quests will ask you to place objects in specified areas, or clear out collapsed pathways, for example. However, we do not wish to to hinder anybody’s creativity and are aware the importance of building in Terraria. Eventually you will be given special plots; small, private worlds where you will be able to build, host friends and generally hang out!


STW maps are designed for exploration. Even though you will not be able to dig, there will still be expansive dungeons and areas to explore. We wish to reward exploration. To that end, we are currently developing a reward system for chests. To add even more depth to exploration, we have designed a feature which allows you to enter background rooms. Ever wondered what was inside a beautiful background-only build? Well now you can find out! Simply by pressing up (or in some cases, such as elevators, pressing down), you will be moved to a new area.


In addition to our changes to exploration, we have also altered how lighting works. Your characters will now emit a dim, passive source of light. This is to help exploration of unlit areas. If the passive light is not enough, you will still be able to use light sources, such as torches. However, torches will eventually burn out and vanish. Alternately, there will be some areas which will negate your passive light, forcing you to use a torch, or navigate the area blind.


A Glimpse into the Regions of STW:
Take a sneak peek into some of the released regions within Super Terraria World! Keep in mind that some areas may be kept secret for the time being, and there are many other areas still in development. Player Skills:
Characters will be able to gain experience in a variety of different skills, both combat and non-combat.

Currently there are three combat skills in STW; melee, ranged, and magic. Each combat skill can be leveled up by gaining experience through killing creatures. Damaging an enemy with a melee weapon will grant you melee experience (awarded upon its defeat), and so forth. Increasing your combat skill levels will allow you to equip stronger armor and do more damage with weapons of that type.


The non combat skills include:

Happy New Year to you all! We hope all of you were able to enjoy the holidays and are
ready for another amazing year of STW!

We'll kick of 2020 with a major sprite rework! This update sees nearly 190 sprites
getting some fresh new pixels! Some of the most notable ones include pistols, staves,
and wands - we hope you really enjoy the fresh look!

In addition to the updated sprites, we've also gone ahead and major some updates
to networking logic to help improve rubberbanding with NPCs - we've still got some
work to do with them before they are buttery smooth, but we hope you'll be able to
notice an improvement.

Lastly, we of course have some bug fixes! Make sure to check out the list below to see
exactly which ones we've squashed. Also, keep up the good work on reporting bugs to us
so that we can continue to polish STW!


Once again, a big thank you and shout out to @Chi Ken for the huge amount of sprite work that went into this release!

Disclaimer & Agreements
​
Back to Top

Download​
By downloading this mod you agree to the Disclaimer and Agreements above.

FAQs​
Back to Top

A Very Special Thanks To:
The official Terraria Forum Community
The Terraria Subreddit Community

You know what would be really good/cool? a Bard class! Bards are such a cool class idea that i only saw thorium using, which is really sad! and since this is going for a MMO direction, a Bard class would fit Perfectly!

Lesser Star said:
You know what would be really good/cool? a Bard class! Bards are such a cool class idea that i only saw thorium using, which is really sad! and since this is going for a MMO direction, a Bard class would fit Perfectly!
Click to expand...

Maybe, in the future, this mod could become compatible with other mods. That would be super cool.
T

LilLauraZ said:
How can I redo a quest?? I was doing the frozen mirror quest with the Viking but made the wrong item with the ice shard and now I can't open the door cause I have the wrong item.
Click to expand...

I have the same problem i'm stuck in the room with the merchant trapped in the ice.
If you want to reset the character go to the hero menu into extras.
Me personaly I'll just quit the game, too lazy to reset

TDABonkers said:
I have the same problem i'm stuck in the room with the merchant trapped in the ice.
If you want to reset the character go to the hero menu into extras.
Me personaly I'll just quit the game, too lazy to reset
Click to expand...

You dont have to reset your character at all, you can break a block of ice on the left hand side of the room by swinging your sword at it, allowing you a passage to and from the room. I can provide further support on our Discord server with a screenshot if you are still confused, you can find a link to join it in the original post or use the one at the bottom of my signature.
Last edited: Apr 17, 2020

Hey, i think i glitched. I installed the game and did part of the tutorial, then i was walking around and somehow got on to a really big fully flat pat thing that led to a place with a few npcs and a big cloth that said thank you, then i stepped on a boat to the far right(i think) of the area that led to a dock with a sign that said i think "welcome to sivinia" then a bunch of stuff. I don't know what to do now, so help would be apreciated. Thank you!