quixoticstargazer said:
Oh my issues aren't related to this, I'm sure. Mods like Spirit and others have grown. I was able to handle it all in the past, but it's too much to handle now.

I'll be sure to check TerraGuardians stuff out shortly after I get finished with re-picking these other mods.
Click to expand...

Looks like those mods got new stuff while you were away, heh.

Mattattack93 said:
Can anyone help me I'm new and i have no idea where to post this but anyways I play on switch and just recently defeated golem and was prepping for Duke fishron I built a house and set my spawn point but I must have set my house right on the spot where the game crashes about mid way through ocean biome it happened to me twice before and I hadn't been back since but nothing I do works it just auto crashes right when it gets done loading my world. This cannot be the end or is it?
Click to expand...

Hello, you have actually posted on the wrong place, since this is my mod topic.

Anyways, that issue seems really worrying, though. You need to post about that on this place: Console Bug Reports
That forum you'll get the support you need for your issue, just calm down, and create a topic telling what happened to your game.
While your issue isn't fixed, I recommend you to make an alternative world, and play on It, while a fix isn't on the horizon.

I hope your issue get fixed :3

Do you think you can increase how long they can be away from the player?I feel like it's way too short they die more from monsters because of it

I can. Actually, I should have changed that long ago, but is not the only thing needing changes in the mod.
L

how do i revive downed guardians?

Get really close to them, pass the mouse over the fallen companion, and hold the left mouse button.
L

for some reason it dosnt work for me idk know why im standing right on them
Last edited: May 25, 2021

Generally, a "Revive" text appears on the mouse when the mouse is in the right position.
If the manual reviving isn't working, just have the companions near another companion that is not knocked out, and they will revive them.

Does blue hate me?I can't talk to her

Nope. Did you changed the zoom on your game/interface?

Nakano15 said:
Nope. Did you changed the zoom on your game/interface?
Click to expand...

I tried but nothing.There are times where it fixes itself but idk how

I remembered some things about reviving:

some times when revive buds they didn't gain health(thanx for making regeneration rod,it helps).They health raise from 0 to 1 and immediately reset back to 0.Had to use that rod to wake them.That issue some times disappear by itself when comes new day (4.30 ingame time)

LightningGear said:
I tried but nothing.There are times where it fixes itself but idk how
Click to expand...

That was actually an issue result of the code place change. I didn't changed how the mouse click is checked and ended up using a variable that at the moment the script ran, would never be active.

Backrevol said:
I remembered some things about reviving:

some times when revive buds they didn't gain health(thanx for making regeneration rod,it helps).They health raise from 0 to 1 and immediately reset back to 0.Had to use that rod to wake them.That issue some times disappear by itself when comes new day (4.30 ingame time)
Click to expand...

Yeah, the change I did on the last update was supposed to fix part of those issues, but actually broke revive from player.

But fear not! Why?! Because the update is here!

Increased the range at which companions will move away from your position in combat.
-> It went from 368 pixels to 500.
Alexander will no longer try sleuthing himself.
Fixed an weird issue where companions couldn't go sleep.
Also fixed an issue where companions were unable to use bed correctly, depending on the direction the bed is facing.
Companions should now better know that they are at home.
Getting knocked out while having the "Heavy Injury" debuff will now instantly send one to knocked out cold state, or die instantly, depending on mod options.
Companions can now say things when they are revived.
-> The things they say differs depending on wether they got help to be revived or not.
The dash cooldown of companions will be resetted when It stops.
Fixed bug where you couldn't revive companions.
Changed some conditionals to see if fixes an issue where you can't interact with some companions, if they just executed some action.
"Injury" debuff now reduces the maximum health gained upon entering downed state to 25%, instead of 50%.
Also, as you can read, this update is a bit nefarious. Try not to get Ko'd thrice in a row during your gameplay, okay?
Beside if you enabled the option of not getting your characters killed when health is depleted when Ko'd, you'll still be fine.
L

Heh, have fun.
Beside I still need to work on making them more... Interesting.
For that, I'll need to finish the dialogue system easing.

I was intending to hold on this update for longer, but there's a specific bug fix It brings, that will make your game more playable with multiple companions.

Idle action while companions looks at the background now last longer.
It's no longer necessary to have a companion selected on the Guardian Selection Interface, to be able to use the Close button.
Fixed the mod not recognizing the last frames from Bree's animations.
Fixed a drawing issue related to companions that should be drawn behind npcs.
-> That will reduce severelly fps drop in your world, caused large number of npcs on your screen.
Companions will no longer be drawn when they shouldn't, like when far away from screen.
Added a chair sitting frame for Domino.
-> His feet will no longer pass through the floor when sitting on a chair.
The mod will now show the correct damage value for weapons equipped on companions.
Neutral damage now exists for TerraGuardians.
This line here is the reason:
"Fixed a drawing issue related to companions that should be drawn behind npcs."
I did a mistake on an update that I launched some time ago, where I didn't added a flag to check if the npc that is being drawn is actually the first, so every npc that is visible on your screen, were redrawing companions living in your town. That was also troublesome, since the mod wasn't checking either if they were on screen in many cases, so regardless of where the companion is in the world, the mod was trying to draw It.

This update will not only fix that issue, but make the game a lot more playable. Having multiple npcs around will no longer cause your game to lag like hell.

Something I noticed is in mods such as calamity in the abyss they aren't effected by the acid water which I thought was weird but then again you probably didn't do anything for that.It would make it more interesting if they did.Maybe also increase the ai to make it so they tried to doge hazard it's painful to watch them go in the lava

Nothing happens when companions enter acid water, because the mod Itself doesn't even know It exists. Neither I knew that calamity mod has acid waters, even more since I never played that mod.

And an AI to avoid hazards and suicides is something I'm planning have some time. The necessity of such an AI is so huge, that I'm even avoiding taking companions to the underworld, while not having a hell bridge, and the reason why you can already imagine.

Nakano15 said:
Nothing happens when companions enter acid water, because the mod Itself doesn't even know It exists. Neither I knew that calamity mod has acid waters, even more since I never played that mod.

And an AI to avoid hazards and suicides is something I'm planning have some time. The necessity of such an AI is so huge, that I'm even avoiding taking companions to the underworld, while not having a hell bridge, and the reason why you can already imagine.
Click to expand...

That's what I thought with the calamity.i was wondering if you would be adding that as a thing.I love having my companions with me but it's weird seeing them survive acid like that.I really enjoying this mod so I hope my suggestions help you out.

I would probably need to check out Calamity if I do so. Beside I still need to check Thorium some time too. :/
I'll see what I can do.

These two are extremely suspicious. I have a feeling I've seen them somewhere before. 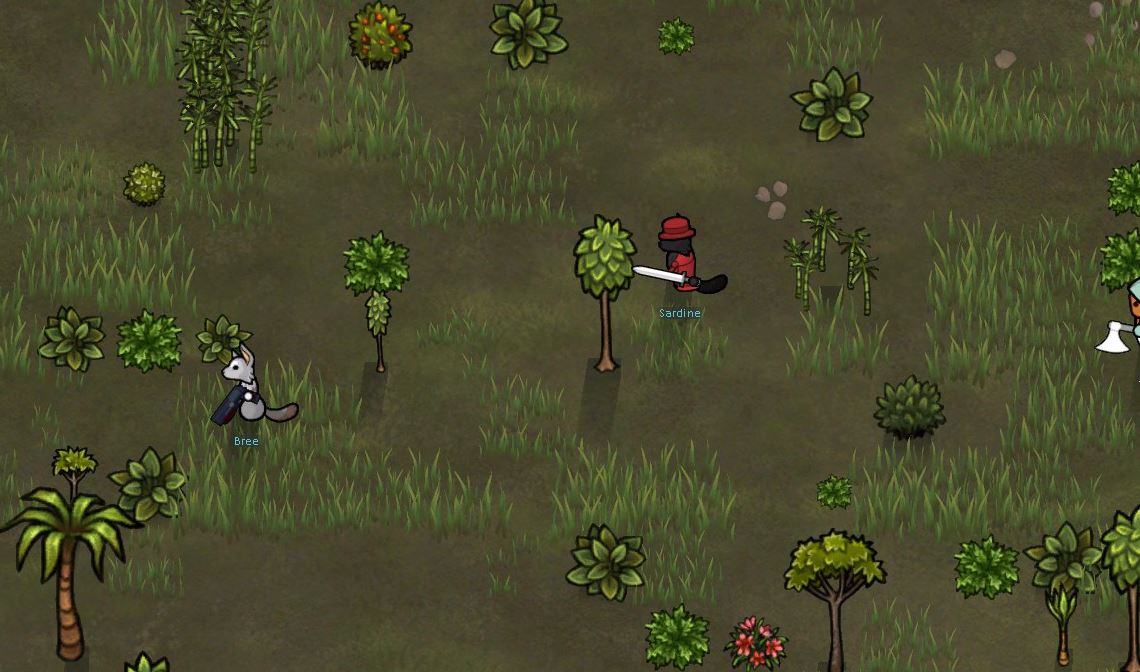