For those who are unfamiliar with the Endgame Content mod, let me give you the rundown. Endgame Content is a mod that... well, adds more content to the end of the game. Terraria is sort of lacking in stuff to do once Moon Lord is defeated, so I decided to fix that problem. There are many bosses to fight, many weapons to collect, I wanted to make a seemingly endless endgame with lots to do.

Of course, our sprites are of course not limited to these weapons, there are many more!

If you are one of the original people who downloaded the mod before this update, it would be important for me to point out that there were some BIG balance changes to nearly every item. The original 5 bosses have also been changed significantly as well. There has also been a massive number of sprite changes.

Curious as to what the boss battles actually look like? Here's some screenshots for you. HUGE SPOILER WARNING!! 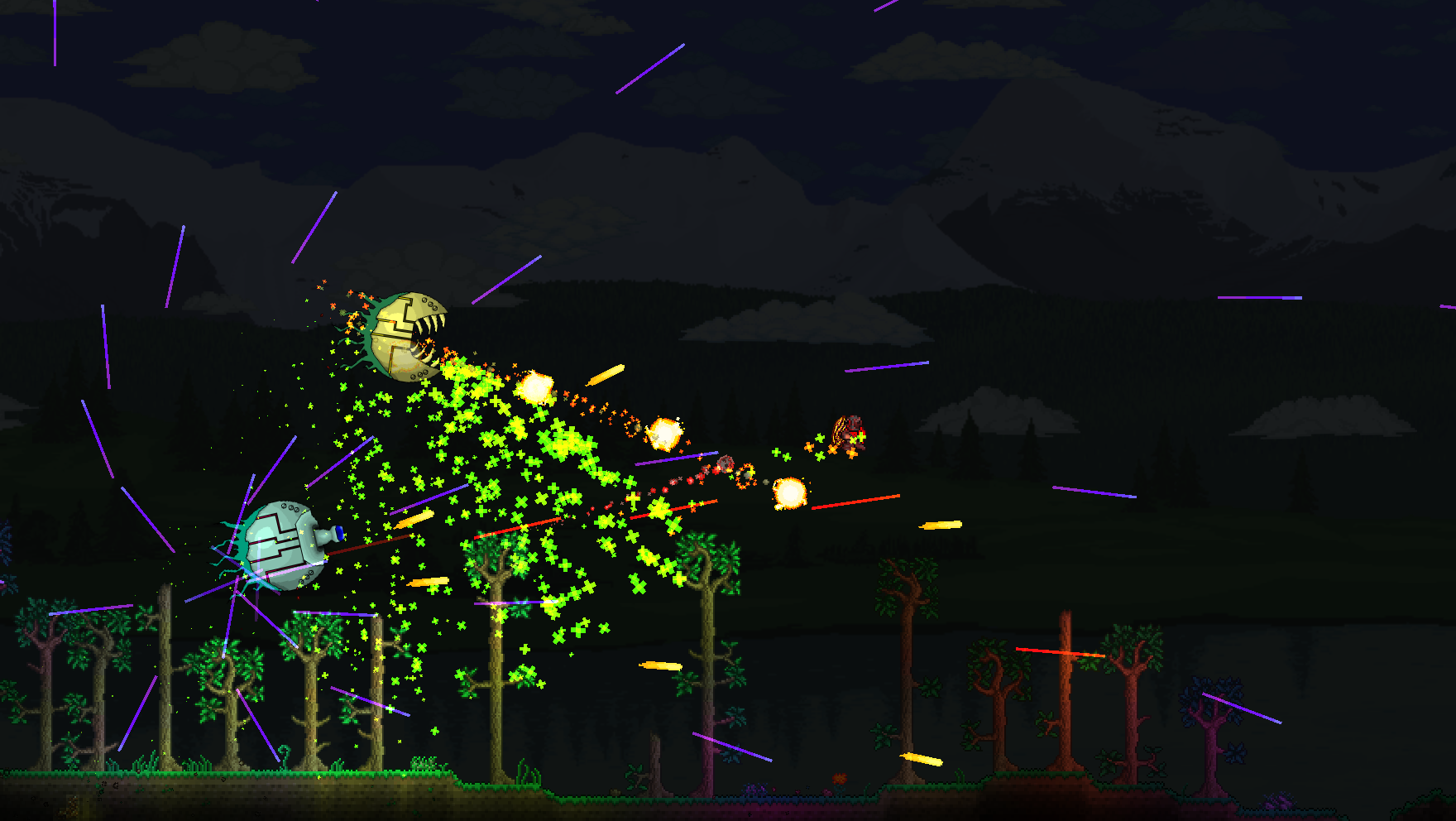 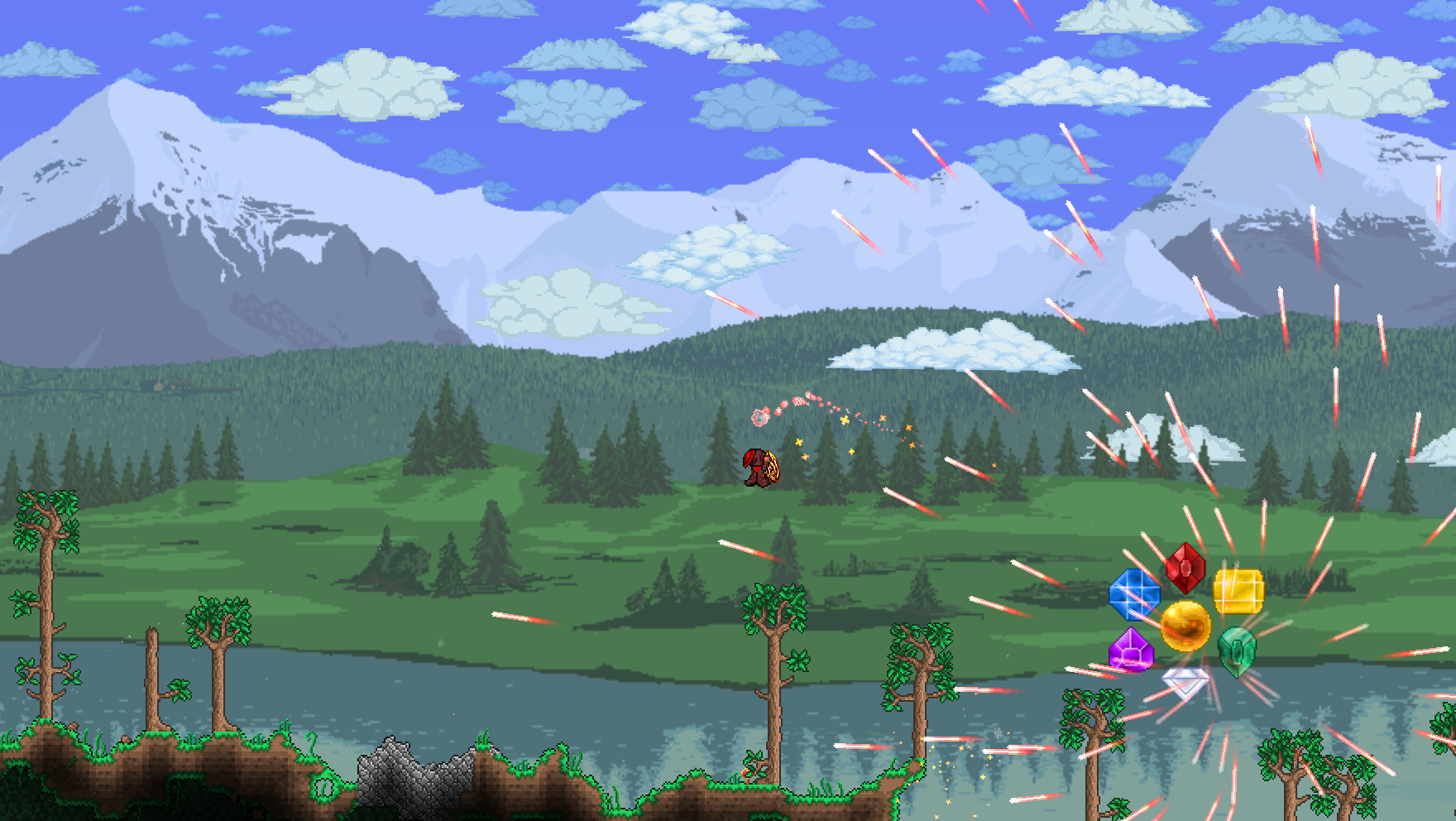 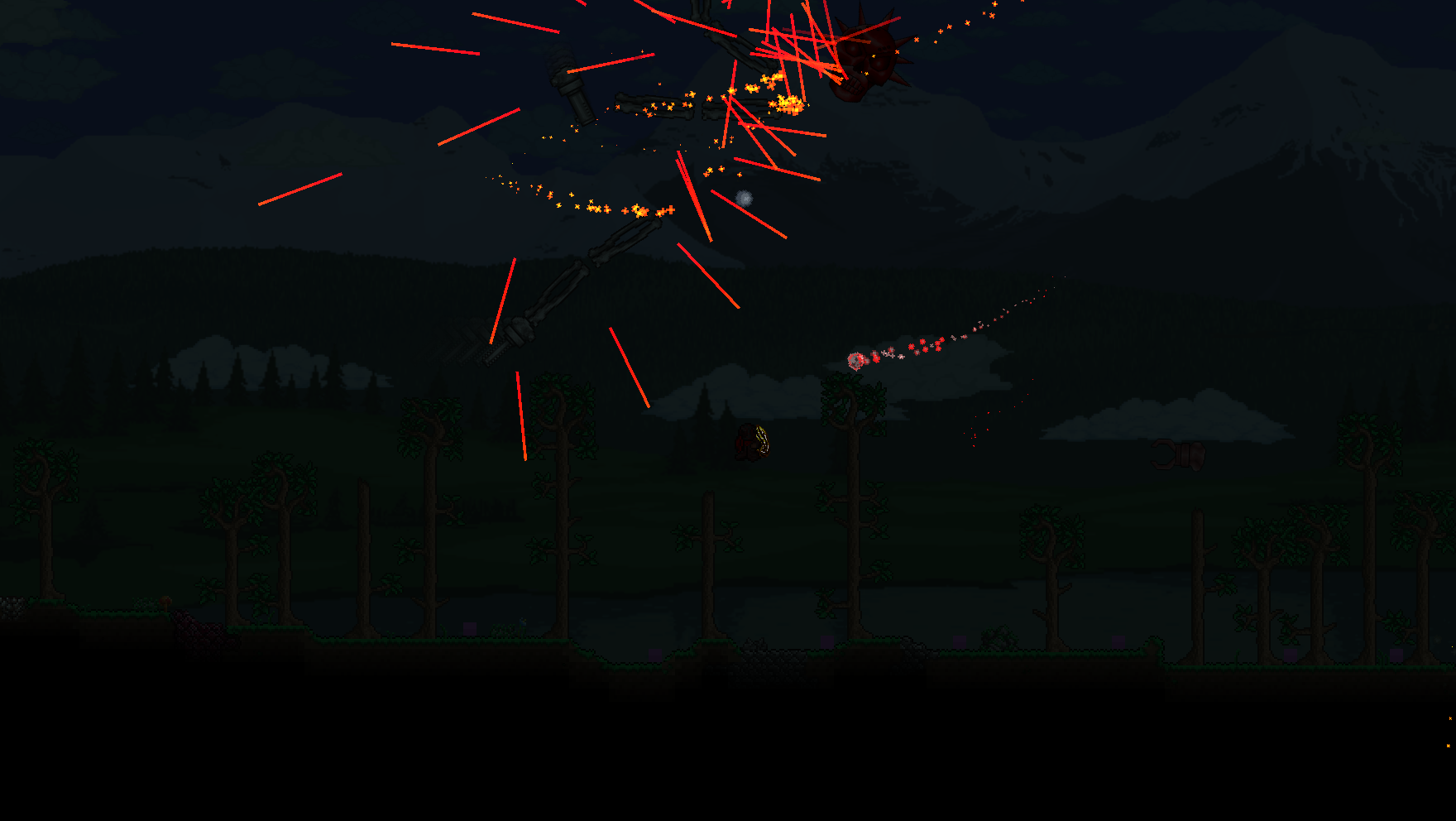 One of the bosses has a custom theme, made by Desolation Vortex (https://www.youtube.com/channel/UCWVA7Cd1GlkemykXPceeJxw), and there were meant to be 2 other boss themes as well, but there were some file size issues, and they had to be cut. Even as OGG files, they were too big for tModLoader's upload limit.
Want to give the mod a try? Look it up on tModLoader! You can install it from the mod browser. Just search "Endgame Content", you can't miss it.
Want to see the original version of the mod? It's not nearly as good as the new version, but you can check it out here: tModLoader - Terraria: Endgame Content
Do Note: This version of the mod is no longer accessible.
This thread will likely be updated in the future with new information and news about this mod, so stay tuned!

v1.1.1
-New melee weapon, the Furious Soul
-The Meteflora theme by Desolation Vortex () has been added to the mod (finally)
-Also added a music box for the new theme
-Added recipes for the Ankh Charm items, so you don't have to do all of that tedious farming
-Removed Meteflora's dialogue, it was kinda cringe
-There's also one more special thing that was added, but I won't tell what it is...
v1.1.0.3
-Increased Cult Master Hand's health, but decreased his damage.
-Cult Master Hand now spawns in way less minions
-Cult Master Hand's minions deal less damage
-Decreased the amount of time it takes to mine modded ores.
v1.1.0.2
-Increased drop rates for Blood of Evil, Mysterious Magical Stones, Odd Metal Plates, Power Auras, and Cursed Rubies.
-Shadow Imps now drop Blood of Evil instead of Mysterious Magical Stones.
v1.1.0.1
-Description edits. That's it.
Last edited: Aug 12, 2021

is there a wiki? idk where to start lol, also the bosses should be added to boss checklist

alpingu said:
is there a wiki? idk where to start lol, also the bosses should be added to boss checklist
Click to expand...

there currently is not a wiki for the mod, and I'll see what I can do with adding the bosses to boss checklist

RagingFire Games said:
there currently is not a wiki for the mod, and I'll see what I can do with adding the bosses to boss checklist
Click to expand...

alright cool, a wiki would help out a lot

This mod is really good, beat all of the harder mech bosses and so far it's been exceeding my expectations. Only problem is that because of the higher quality lazers from the mod that shoot out of the destroyer of the void and gemstone spirit lag the game to the extreme on medium end hardware. And since my friends also want to play this mod together, it would also be a problem for them because of their even lower end hardware. Maybe change it to the normal lazers from the vanilla game? Other than that this mod is amazing.
You must log in or register to reply here.
Share:
Facebook Twitter Reddit Pinterest Tumblr WhatsApp Email Share Link
Top Bottom