We are beyond thrilled to be able to at long last reveal a project that has been going on behind the scenes for quite some time - the Terraria Graphic Novel series! We here at Re-Logic have been working closely with our partners at 50 Amp Productions on all aspects of the graphic novels - from script to lineart to coloring and more, we really feel like these are a perfect balance between staying authentic to the Terraria experience while taking enough creative license to be able to craft an engaging story within the Terraria universe.

We are nearly finished with Book One in the series, and we wanted to give you a sneak peek (well... beyond the one we gave you in June's State of the Game) at what is to come. Each Book will contain four parts... and this is the cover art for Terraria - Book One, Issue One. 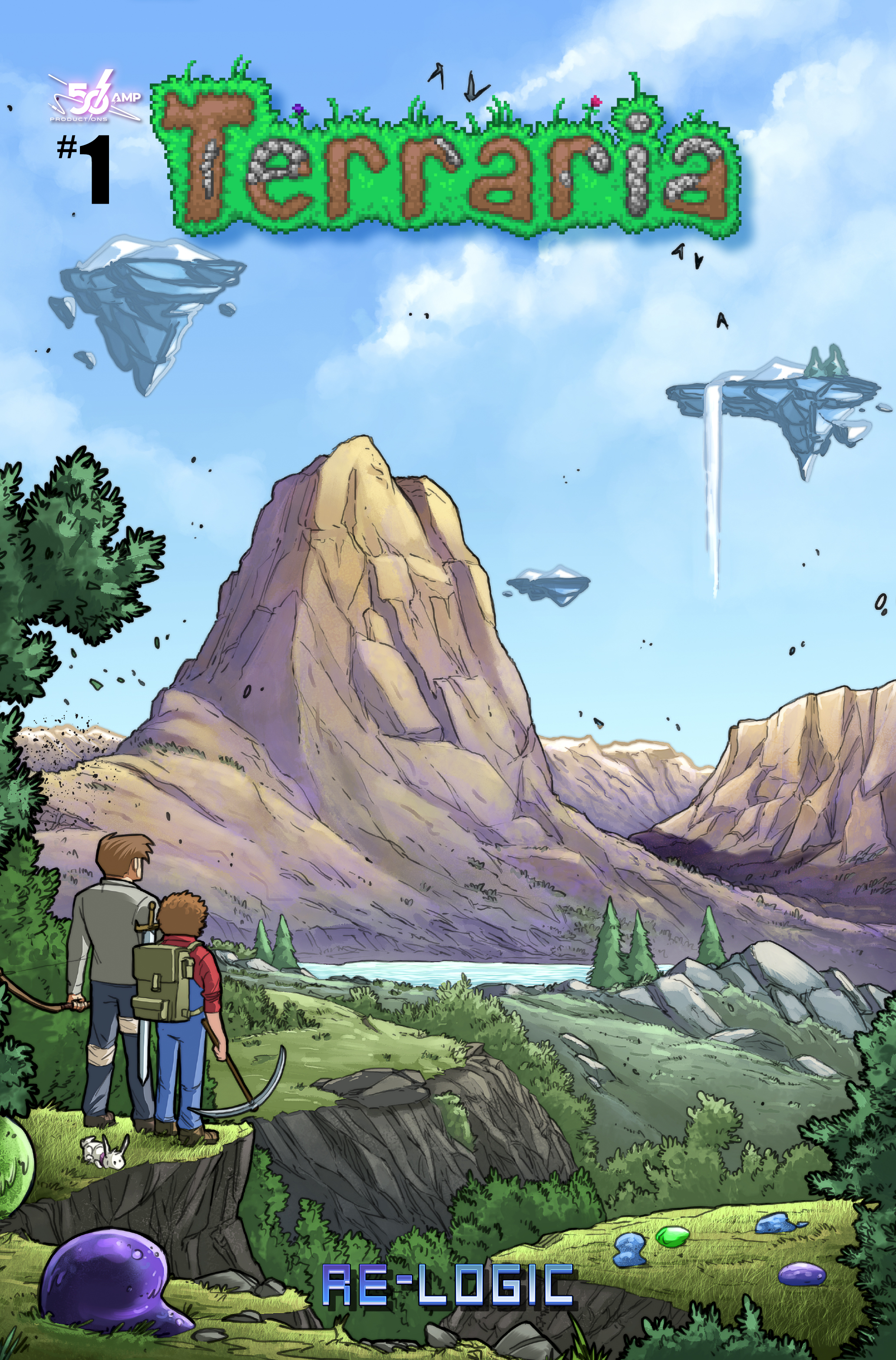 (Cover art is final, but the team is working on a new custom logo for this series - so the Terraria Logo here is just a WIP/Placeholder using our in-game logo)​

Outside of working on Terraria itself, this is maybe the most excited we have been for any project we have been involved with thus far. We have high hopes and big plans here, should these do well enough and meet with the approval of the Terraria Community.

The rollout plan is still under discussion, and we will have more details on that very soon. However, we can share that the current plan is to make Issues 1-4 available as standalone items (both with and without some other really cool collectibles that we are developing as a part of the package) starting in Q3 of this year and continuing through the end of 2022. We will then have the entire Book One available as a completed piece along with some special additions in early 2023. We would then begin work on Book Two and so on.

Now, of course, we will always maintain that the Terraria story is as open ended as the players themselves - so view this as just one possible take of the limitless stories that could be told about the who, what, and why behind what happens in the world of Terraria. That said, we think it is a pretty good one - and one that we are hoping and looking to expand upon in future books in the series. How far we will be able to go here, of course, depends on your support! The more successful these are or become, the further we can take the story... and who knows, maybe we could one day explore having these adapted as a streaming series or more.

We hope you are all as excited as we are about Terraria finally getting the legit Graphic Novel treatment and are intrigued to see the story thus far... and where it might take us all.

they better actually have it go from right to left like an actual manga because if they don't my brain will be about as functional as my laptop: not at all

Also, y'all better give the main character the bunny pet or I will be very sad ;~ ;

Do they specifically say it's going to be like a manga and not a comic?

I hope I will be able to get it

Looks nice! This’ll be cool when it releases!

Only thing that could bring me down from this is it using the artstyle from the boxart and some of the other official art. The Don't Starve crossover art is where official art peaked.

I hope he has scenes +18 with the zoologist

Will this be sold as physical and digital books?

Esther said:
they better actually have it go from right to left like an actual manga because if they don't my brain will be about as functional as my laptop: not at all
Click to expand...

It's not literally a manga so probably not.

Bait generico said:
I hope he has scenes +18 with the zoologist
Click to expand...

I don't work at relogic, but I can almost guarantee that this will not have 18+ scenes with anyone

Can there be a "Calamitas gets a pedicure" story? Asking for a friend. Pretty please.

55 said:
Can there be a "Calamitas gets a pedicure" story? Asking for a friend. Pretty please.
Click to expand...

55 said:
Can there be a "Calamitas gets a pedicure" story? Asking for a friend. Pretty please.
Click to expand...