What a week it was in sunny San Francisco at the 2015 GDC! The Re-Logic & Engine teams are equal parts energized and exhausted after a week of meeting fans, contacts, and media as we more fully unveiled Terraria: Otherworld along with our other plans moving forward. If you haven’t already, make sure you check out our 2015 GDC Blog Thread to share in our experiences – and a few laughs – along the way.

As mentioned earlier, we also wanted to share some of the additional details that the team provided to those that stopped by our booth last week. Some of this will be a repeat of our earlier announcement, and the rest will expand upon that. We have provided a few pieces of concept art in places to better illustrate and spice things up a bit as well.


Terraria: Otherworld – Overall Game Description
Set in an alternate dimension within the Terraria universe, Terraria: Otherworld places the player in a life-and-death struggle to restore a once-pristine world – now overrun by a malevolent force that has corrupted nature itself – to its original splendor. Along with a rag-tag band of survivors, will you be able to successfully harness the power of an array of weaponry, magic, defenses, and even the world itself to thwart the designs of this unseen evil?

Combining the sandbox gameplay experience with role-playing and strategy elements, Terraria: Otherworld explores the Terraria experience in an innovative and unique way - providing a fresh approach to the “open world” genre. 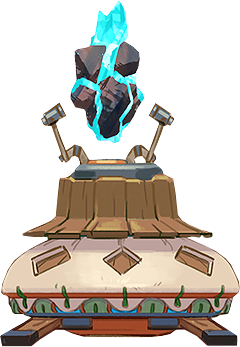 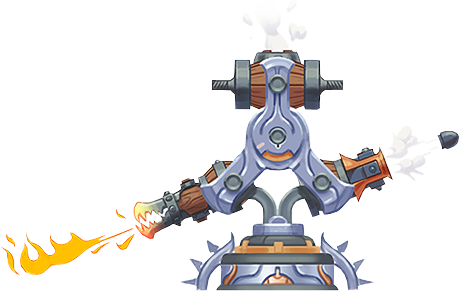 We hope that this fresh – and awesome – trailer along with expanding upon some of the elements we only hinted at previously will further build the gaming community’s interest in what Terraria: Otherworld will have to offer. As always, we will continue to share tidbits of information around all of our projects when the time is right.


Cheers and thank you so much for all of the support!

~The Re-Logic & Engine Software teams
Last edited by a moderator: May 8, 2018

Loki said:
certain advantages that were mostly left up to chance/RNG in the original Terraria
Click to expand... Not only that, but if you take a closer look at the trailer, you'll see damage being dealt as a string of 1's. That could mean that debuffs will be viable assets in T:OW combat. Now, I don't know about you guys, but that's something I've been looking forward to for a long time.

This frankly looks and sounds amazing. I will definitely get it when it releases. I mourn my alerts.
Last edited: Mar 10, 2015

I can't even. So much awesome. Please halp.

This truly is amazing, so much thanks from us community to the team! I can't wait for both 1.3 and Otherworld, and all this information is making me dribble with excitement!

Re-Logic is the best game development company ever.

I am reminded so much of starbound, what do

What do you mean by "NPCs not being just merchants"
(followers?)

Wow. It also looks like they kept the autocursor, which I am really excited about. Looks great, can't wait.

Imawinner21 said:
What do you mean by "NPCs not being just merchants"
(followers?)
Click to expand...

Well, for one - NPCs in Terraria are kind of just walking vending machines with a few lines of dialogue in the current game....the rest, you can speculate on....but at the very least, giving them more depth of character via the storyline, etc.....

That sounds really cool. I've also had some questions about why the Town NPCs just stay in their houses. Will the new ones maybe leave for a little bit? Or was that deemed "annoying"?
S

If you guys do wind up developing it for consoles, please try to find some way to allow cross platform play. Not enough developers do that these days and it's such a huge step towards bringing the gaming community together.

When it comes to NPCs, I completely agree, it's all about plot and character development. (to @Rariaz, with love

tModLoader
I can't wait to play that game, seems so much fun!!!

Loki said:
This will also include more robust development of characters in the game – for example, the NPCs will move beyond just being “merchants only”, and evolve into characters with a story and lore all their own.
Click to expand...

Awesome! I felt kinda lonely in the original Terraria.

Loki said:
Beyond this (Mobile, for example), we will consider at a later date.
Click to expand...

Hear that mobile users. They won't forget you, but for the sake of Terra, DONT BUG THEM ABOUT THE DATE!!

Well this solves everything!

Loki said:
The players’ actions – more than before – will give certain advantages that were mostly left up to chance/RNG in the original Terraria.
Click to expand...

I want that auto turret!