After about 4 months of development, it's finally here! Terraria: Revenge of Skeletron, a map that is bigger, better, and more fun than its prequel. So, is this map a sequel, or a remake? Well.. it's in between. The areas and parkour is more of a remake, but the story is a sequel.. so you decide. Before you play, I have some notes to make:

1: This is my second map in Terraria, so expect better than the 1st but it won't be a masterpiece..
2: This map may not seem that different to Tale of Skeletorn.. this is because this is the last 'Tale of Skeletron' map I'll make, and I wanted to play it safe to prevent it from being 'bad'.
3: Reporting bugs/exploits is STRONGLY recommended.. even if this map was tested 3 times, I found bugs each time, and humans aren't perfect, so I may have missed some.

Like last time, the map is in the attachment section. 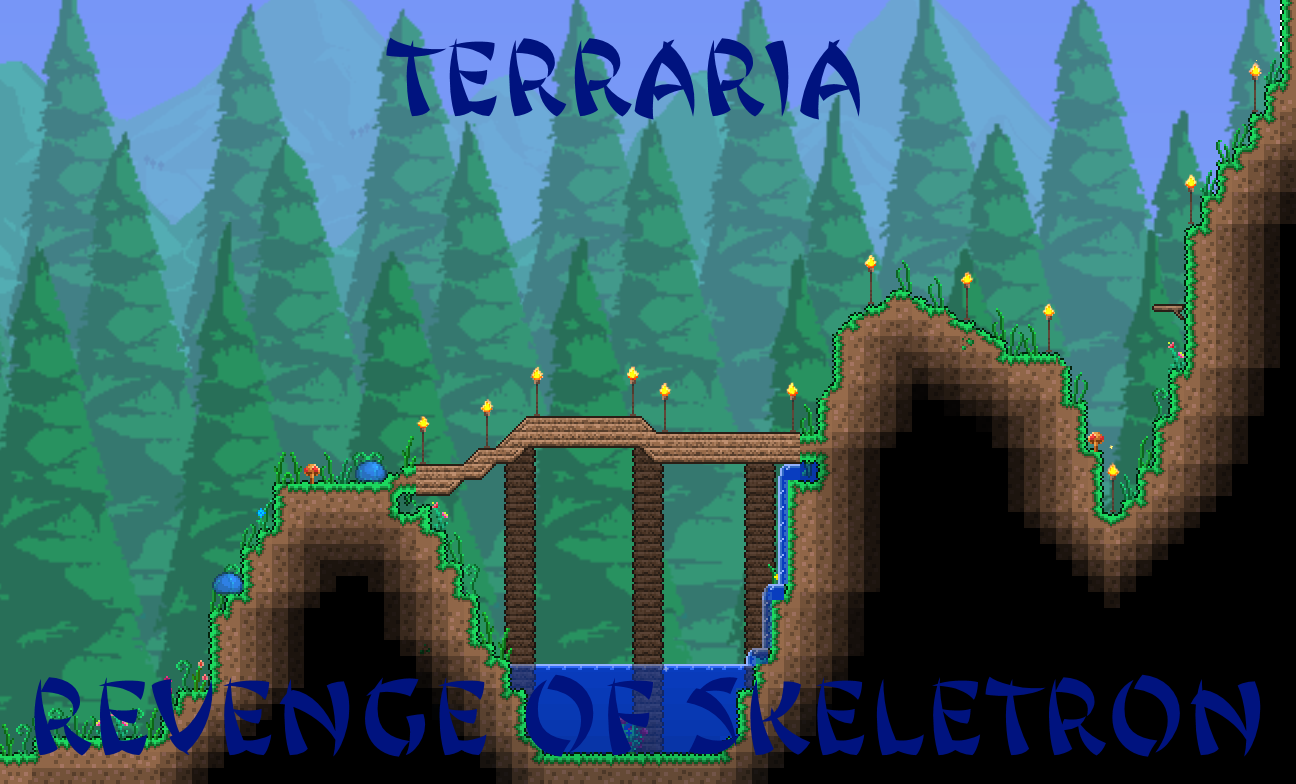 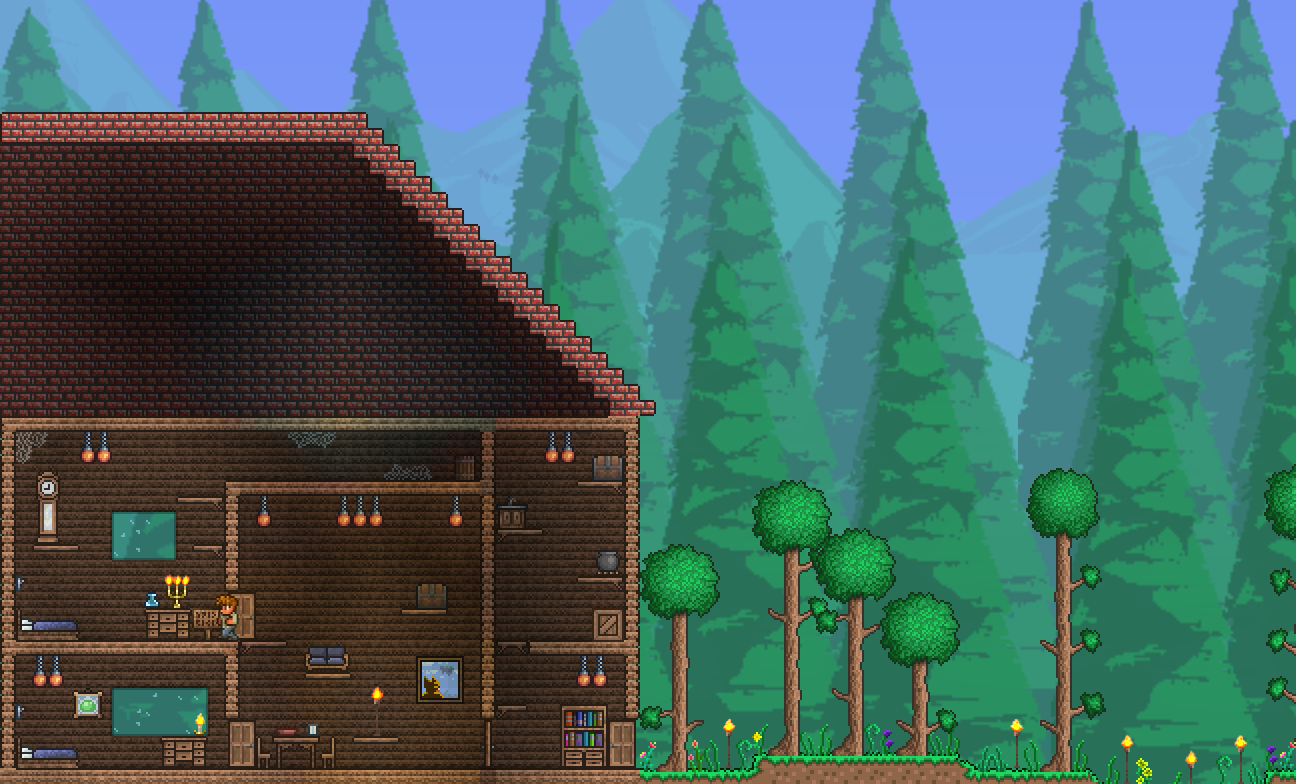 
I also made a banner (because I figured them out ) if anyone wants to use it for whatever reason:

I'm at the mine part right now, and so far it's a lot better than the first map.

this game crashes over and over pls fix this

LOVED THE MAP IT WAS AMAZING CAN'T WAIT FOR THE NEXT ONE! although, in the shiny sea caves i spent 3 HOURS ON THE ROPE PARKOUR SECTION BEFORE GIVING UP AND BUYING SOME ROPE OF THE MERCHANT TO MAKE IT EASIER! PLEASE FIX THIS!

7atam said:
this game crashes over and over pls fix this
Click to expand...

maybe is only for me?

7atam said:
maybe is only for me?
Click to expand...

I completed the map and noticed that you put an extra sapphire in the map.
G

Seems to be an issue between the fisherman and arms dealer. If there is a sandstorm, you cannot get into the arms dealers's shop if the wind blows you left. Placing an extra block right there so you can walk into the house (as opposed to needing to jump) would fix the problem. Brilliant job so far though!

how do i play it on my pc

Step 1: Go to the attachment section and click on 'Revenge of Skeletron 1.1'.
Step 2: Download it.
Step 3: Make sure you have Winrar installed. Then, click to open it.
Step 4: Go to My Documents, then My Games.
Step 5: Open the Terraria Folder
Step 6: Open the Worlds Folder
Step 7: Drag all the contents of the Zip into the folder.
Step 8: Play!

Just beat the map (after having to use ropes in a couple of places due to me being horrendously agitated with a few stages keep in mind,) and one thing I wanted to say about this was it's really well made. However, one thing I want to pick at (regardless of how I have no idea how it works) is the dialogue in the chat menu. It's cool and all, but I prefer signs much more. Regardless of that, it was a fun playthrough (especially the first one, since I got binoculars from the EoC kill on that one ) Watching Chippy play the previous map and seeing how much he struggled on that gave me a small sense of perspective, since I handled that map pretty easily (Sorry Chippy!). If we translate the skills over to this map, I struggled a fair amount. This makes me fear of how Chippy would handle it. Really nice job!

-Water walking potions from pots. I can walk over lava sections.
-I got 8 gold ore from a slime (could potentially be used to substitute the 5 copper ore to get the high up chest.
-Skeleton merchant shows up quite a bit, same with travelling merchant. I've used him to buy the strange brew potions, which are stronger than the lesser healing potions the merchant sells.

-The WoF has way too much space in the Underworld for it, so effectively the eyes and mouth become spread so far apart that even on 1080p I can only see the bottom eye on the WoF.

iab0803 said:
Hey! Thanks for responding! Your in luck about the announcement boxes; I'm using signs for my next map. As for the exploits; I completely forgot about water walking potions.. is there any parkour places you can skip? As for the gold ore, I stated that you may only place copper ore on the brick so that would be a rule-breaker, not an exploit. As for the Skeleton Merchant, I said 'Only buy from NPC's if told to', so that would again be a rule-breaker, not an exploit. The WoF bug was done on purpose so that players wouldn't get loot from the kill.
Click to expand...

this map is freakin awsome! its challenging,has good story , and cool concepts too. keep up the good work

Really fun map! Loads of puzzles, and things to do. However the navigation was really annoying! There is a huge pitfall in the underground crimson that you can't escape so you have to die and loose money, and underneath the mountain, you have to go all the way back through where you came, which almost always killed me. I liked it, and it was amazing for a second game. You really got me with the "Moon lord has awoken" in the crimson teleportation room!
A

I found the secret tutorial what do you think 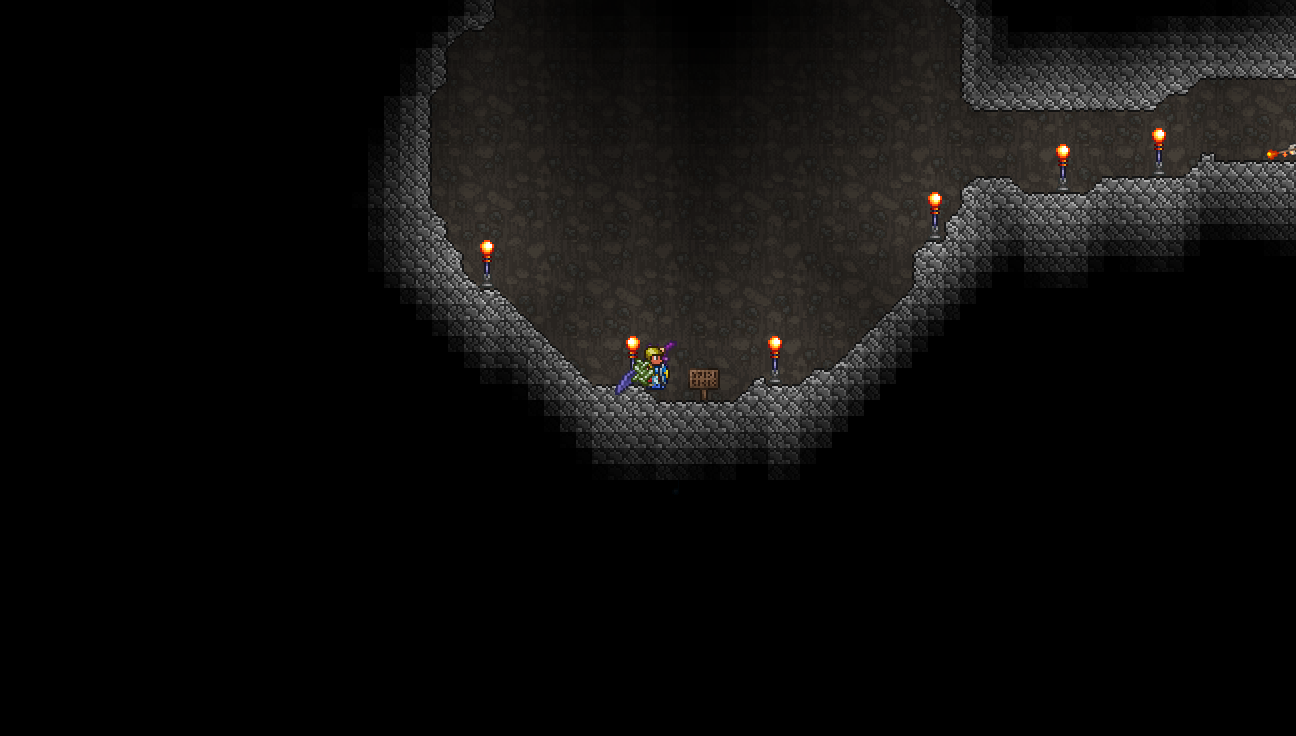 Really nice map!
Definitely an improvement over the last one!


However me being a noob....let's just say I had a *BIT* of trouble XD

Forgot to include: i spawned in the middle of the night and died multiple times trying to fight off an army of demon eyes!

why am I playing this map so late??? (face palm)
btw, really great map, had a lot of fun.

You could swim underneath the ship and get here

You can reach this rope from ground

You can jump out and land on top of the block

iab0803 said:
I won't fix any of these due to this being mostly a test map, and because I'm working on my first real map, but thanks for pointing them out! I think I'll just leave them as... shortcuts :v)
Click to expand...

im hoping forward to playing your new map!!
A

after i beat the map i just started mining around thinking there would be something cool and after a long time of digging i found that tutorial. and thanks for the shout out.
[doublepost=1490355269,1490355112][/doublepost]and i will be playing your new map
You must log in or register to reply here.
Share:
Facebook Twitter Reddit Pinterest Tumblr WhatsApp Email Share Link
Top Bottom