how compatible is spirit with calamity & Thorium?

for thorium, yes
for calamity no no calamity only good around itself

is it compatible with the Journey's End?

Dr Kingsize said:
is it compatible with the Journey's End?
Click to expand...

No mods are compatible with Journey's end at this time.

Dr Kingsize said:
is it compatible with the Journey's End?
Click to expand...

Hello. Gotta Briar biome question, is there a way to move the area where it generates on my end or even adding the option in the mod-
I recently started to play with Bismuth and i ended up with biomes overlaping ,but i really dont wanna remove spirit cuz i love the mod.
So i got this issue in the end ,briar from Spirit and swamp from Bismuth overlapping 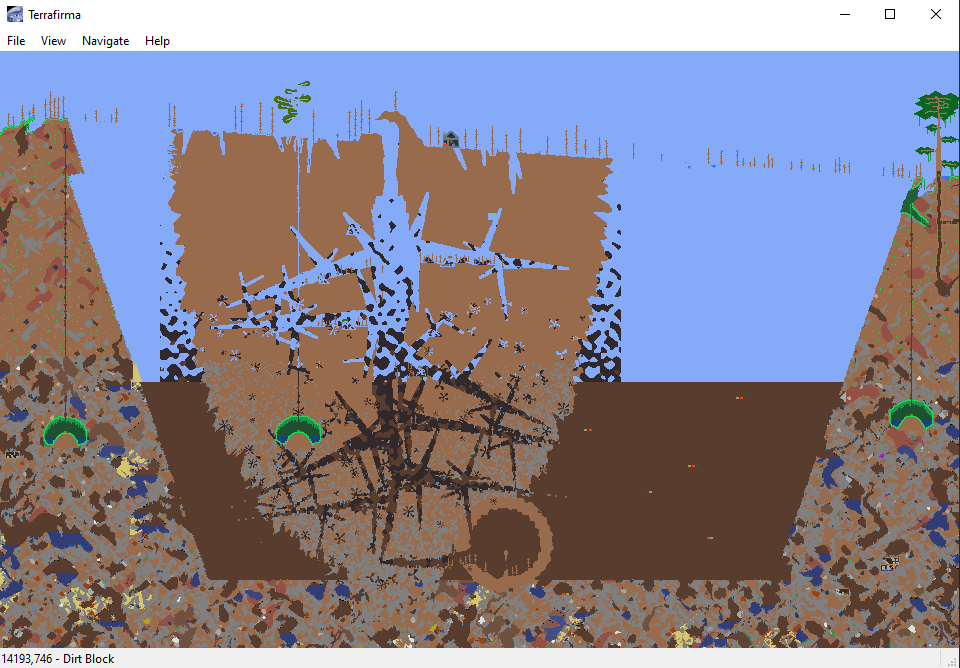 prnt.sc
Parts missing in the screenshot are there just the app doesnt show mod tiles.
Having that option would be a great addition to any mod that adds biomes imo, in case we end up using 2 3 mods we like but get overlaping biomes. Anyway thanks in advance for any advice.
Last edited: Oct 15, 2020

So far so good but there is one thing that really bugs me.

I do a lot of fishing and have a few different mods that adds multiple hooks. With the addition of mimics and fish like the hornet fish it's quite annoying it autohooks it and forces you to recast again without any of the loot from the other hooks. Are there any way of disabling this? If I had to suggest something that would remedy it without too many changes; Only spawn the monster when the player pulls the hooks back instead.

is there any chance for the 4 main progressive weapons to return to Spirit Mod? They were what attracted to this mod in particular, and they really do set The Spirit Mod apart from other mods.
L

Why was the illuminant master removed from the mod? Give a good reason
L

placeholder said:
After the recent update, so much was taken out of the game or changed for the worse... bosses, weapons, some things literally ripped out of the mod, including throwing class being changed to ranged for some reason? We coincidentally started playing a couple days before the update and were enjoying it until the update. As we progressed after the update, we noticed so many things changed or ripped out of the mod that it's far less enjoyable. Definitely feels like a waste of time, especially now that the mod feels so incomplete and unpolished. Literal missing/outdated wiki pages, inconsistencies between the wiki and the mod itself, the spriting, everything feels simply worse. Even the amount of bugs this game has makes it downright frustrating sometimes. But who knows, maybe the update just opened my eyes to the red flags that were already there. At least put all the changes into the changelogs so people don't get baited into using this mod. Don't recommend at all. What a waste of my time.
Click to expand...

Yeah he should have kept the bosses at least

As for throwing, anyone who conforms to the Throwing-to-ranged formula; just stop. Ranged is OP enough as is.
As far as I know, TML 1.4 is going to have some kind of built-in custom damage system, and this can be used to work around the removal of throwing


Louis38 said:
Why was the illuminant master removed from the mod? Give a good reason
Click to expand...

He was a pretty poorly designed boss, but he deserved a revamp (Like Azana got) VS just being straight up removed.
This sucks because the only Terrarian who has footage of old bosses like the old Spirit Ecloud isn't with us anymore, all his content is private now.


Xaritscin said:
most of the content on spirit mod was clutter rather than useful stuff. in fact i still think some of the stuff needs a rework (the goblin mechromancers for example, feels out of place) but the new content should be more down to the themes of the base game. as for the change from Throwing to ranged. they HAD to do it, Throwing as a class was removed by the game developers. the Calamity Devs created the Rogue class as an alternative to keep that part of the game alive but i dont think the Thorium, Spirit and other mods will be able to pull the same thing. we would need a sort of supplementary mod that can be made compatible with all the others in order to mantain Throwing as a main class.

its a fault from Relogic to gut a class they didnt even spend enough resources to create despite the modding community having flesh it further.
Click to expand...

It's 100% Relogic's fault, they KNEW it would break mods, but removed the code anyways just to remove a very tiny ammount of overhead that's going to break well over 100 mods later on...
Remember that AT THE SAME TIME they leaked this info to Calamity well over a year in advance, ya know, the mod with an UNGODLY ammount of overhead in its code.

Spirit seems to contain things from Yuyutsu's other mods, like Critter Craze and Worldbits. I'm supposing those are just getting merged?
A

Hi, all! I know it's been a while since I've said anything here, but we're working hard on Spirit's next content update! As a teaser, give this new ambient OST a listen!

Yuyutsu said:
Hi, all! I know it's been a while since I've said anything here, but we're working hard on Spirit's next content update! As a teaser, give this new ambient OST a listen!
Click to expand...

I think I'm in love.

That is just so spectacularly beautiful! Thank you for sharing!

I mean to be honest I think I can imagine that as a Hallow Town night theme rather than a regular dangerous Hallow night theme, but it's not my mod to do with as I please.
J

You know the eternity charm, the expert mode accessory of the overseer? I think that it needs a buff, the buffed eternity charm will summon two spirit portals around the player which shoot homing captive spirits at enemies rapidly. On a hit, the player will emit a massive spirit outburst that summons an explosion on the player and summons a ring of homing spirit shards that explode. The eternity charm is boosted by summoning damage.

My other Idea is that the eternity charm could be upgraded into a Sigil of Absolute Eternity. It will be made with 1-eternity charm, 50 essences of eternity, a full set of shadow spirit armor, and an ancient hilt. The sigil will summon two-spirit portals around the player to shoot barrages of captive spirits that home and explode which ignores immunity frames. It will also surround the player with spirits that shoot lasers at enemies and when hit, the player will emit a spirit outburst that shoots more spirit shards. The Sigil will have the ability to summon ten spirit stars around the player which shoot death rays at enemies and boost damage by 25% with a 1-minute cooldown. The sigil will boost all damage by 18% and the effects are boosted by all damage.
C

Not sure if this is normal or a bug, but my summon minions cannot attack any of the new Ice Biome Above/Below ground enemies at all. Winterborns/Heralds are absolutely murdering me and for some reason cannot be targeted by summons.

Edit: I'll just keep updating bugs here instead of more posts. At this point im just continuing to see how broken the rest of it is, needs some serious work.

-Getting hit by Wyverns instantly crashes the game (Tested multiple times with/without the mod, it's only crashing with the mod)
-Dusking gets block locked in 2nd form when dashing forcing it to despawn (Tested twice, same result both times)
-Numerous weapons/Accessories don't actually follow their tool-tip effects, will make a full list for that as well.
Last edited: Nov 25, 2020
C

Can't believe you changed the Seraph Armor to a non-summoner build, now yet again, Summoners are the only class with out an available upgrade at the start of Hardmode prior to mech bosses. I swear it's like re-logic personally messages the dev's and tells them to keep shafting summoners, was having fun with this mod until the start of hard mode where like always, summoning falls MASSIVELY off a cliff.
Last edited: Nov 25, 2020

Just want to report an issue with the shadowmoor bow, I notice considerable frame drops after firing it too much, the framerate issues cease upon reloading the game.

No other weapon I've used so far has had this issue.
L