Sans gazed at the human with a puzzled expression; this was at least the thirteenth time she'd died. "what is with you, kid? honestly, i never expected anyone to be so interested in dying. well, whatever. i'm not complaining. but, c'mon. don't you have anything better to do?"
This statement resounded in Frisk's mind as she stood before the skeletal Judge of the Underground. "The Comedian is right. There's no point in killing everyone in the Underground 'just for fun'. I can feel control over my own body slipping away because of the choices I made..."
"NO!" Yelled a voice in Frisk's head, "You have to CONTINUE! I won't let you stop me from taking FULL CONTROL!" There was a struggle for control over Frisk's body temporarily.
Sans seemed to realize that this was the time to strike. "heh, no response, huh? as usual. welp, sorry, kiddo. i don't want this fight to last forever!... b u t t h a t d o e s n ' t m e a n i t d o e s n ' t h a v e t o ." He launched a Gaster Blaster circle at Frisk, and the laser beams successfully hit her. She died. "heh," Sans chuckled, "looks like you failed, kid. again."

"...It's the GAME OVER screen. Looks like I failed. again..." Frisk spoke in the emptiness.
"Greetings." A mysterious figure that looked suspiciously similar to Frisk stood nearby in the darkness.
"It's YOU," Frisk said, recognizing the doppelganger's chilling voice.
"Indeed. I am Chara. And you... you're in my way." Chara's friendly smile suddenly turned demonic, black sludge pouring out of her eyes and mouth. She charged, a glowing red knife appearing in her hand and a golden locket around her neck. Frisk realized the danger she was in, and quickly dodged the initial barrage of knife slashes. "Whoa!" she yelled.
"Resisting is pointless, Frisk. I am the demon that comes when you call its name. You cannot defeat me."
"I can try, though!" Frisk replied. She blocked Chara's knife arm with her arm, and roundhouse kicked the demon-girl in the side, sending Chara sprawling. "Didn't expect me to know martial arts, did you? I don't need a knife or armor, I can handle you without any of that junk!"
"Oh, really?" Chara retorted, a grimace crossing her face from a broken rib. "Well, try THIS on for size!" Chara drastically sped up, launching attack after attack at Frisk; but Frisk could read their movements like a book. The fight was going to be over soon. Chara was tiring out, and Frisk took nearly no damage during the entirety of the fight.
"Sorry, pretty mirror, but looks like I won," Frisk said, punching Chara in the jaw. Chara collapsed, clearly knocked out.
"Now," Frisk thoughtto herself, "it's time to RESET. Sans was right. There is no point in continuing my mass genocide. I'm going to ask for his forgiveness, and start a new journey; one where I do the right thing this time." The RESET button appeared in front of Frisk, and she pressed it without hesitation. The world faded into white...


(...And that's the end of Chapter 1 [It wasn't really a big chapter but eh]! What did you all think? Let me know, and maybe offer suggestions of what you think should happen next, or things you think I should change about this chapter [small-ish things only, I'm not changing the whole story lol]! Have a good day!​
-Omega Flowey 2.0)​
Last edited: Dec 8, 2020

Thanks a lot! Any suggestions as to what you think should happen next, or how to improve this chapter?

That sounds like a good idea, hehehehehehe....HAHAHAHAHAHHA- er, you heard nothing!

The black sludge you mentions starts leaking in the underground. whoever touches it is infected and begins to kill. If infected creatures are destroyed, they release another wave of sludge.

CantWontDo said:
The black sludge you mentions starts leaking in the underground. whoever touches it is infected and begins to kill. If infected creatures are destroyed, they release another wave of sludge.
Click to expand...

that's just the stuff that pours out of Chara's "scary face", see? 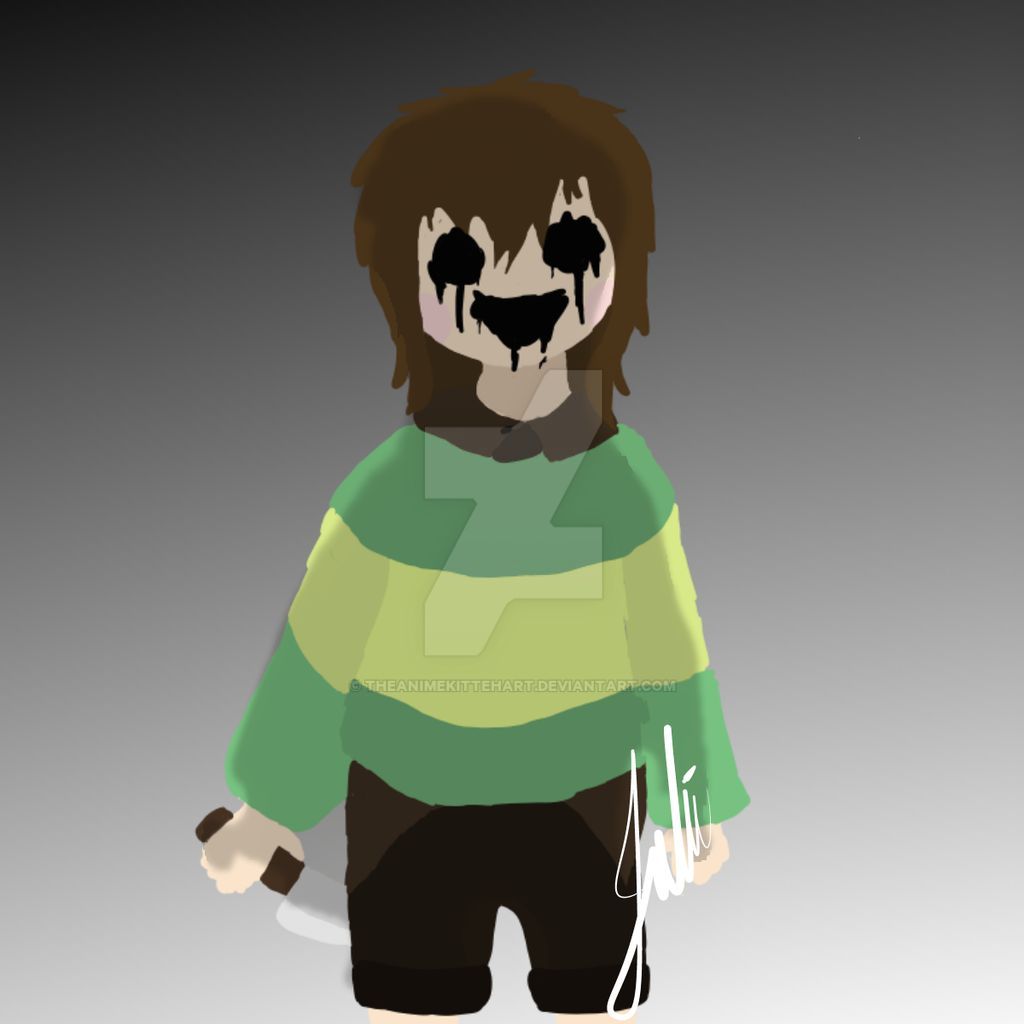 yup, where else is there liquid hate?

BTW, I'M GOING TO TRY TO MAKE ONE CHAPTER A DAY, IF I HAVE TIME.

Also, if you haven't noticed yet, Frisk and Chara are GIRLS in this story. Sorry if that pains you in any way lol

Frisk looked around, finding herself, once again, sitting on a bed of golden flowers. She got up and walked through the opening in the cave that led to where Flowey was. He didn't look too happy, however. "You failed. You were SO CLOSE to achieving our goal, Chara, and you FAILED... And to think, I TRUSTED YOU to help us become a GOD." He sighed. "Look. I know Toriel's going to be coming soon, so there's no point in trying to attack you. But..." His irritated facial expression twisted into a horrible, terrifying smile. "DON'T THINK I WON'T KILL YOU ANY TIME I GET THE CHANCE IF YOU DON'T FINISH WHAT YOU STARTED THIS TIME." And then he was gone.

A short while later, Frisk found herself in Toriel's house. "I need to get back to Snowdin as soon as possible," she thought to herself. She quickly made her way through the Ruins, befriending the monsters on her way. Finally, she made it to Toriel. Not really paying attention to what the goat lady was saying during the fight, Frisk managed to Spare her, too. After giving Toriel a hug, she moved on into Snowdin. After about a minute of walking, she saw the stick she needed to step on to get Sans's attention. She stomped on it as hard as she could. *CRACK!!!*
Sans appeared soon after. "i see you're back, kid." He quickly checked her LV. "...and you decided to be a pacifist. that's nice. but..." His eyes darkened. "this better not be some ploy to get me on your good side, only to go back and slaughter everyone. i'm still suspicious of you, pal, and i'm gonna be keeping an eyesocket *snrk* on you."
Frisk chuckled at the bad joke. "Alright, Sansy, I'll do my best to put on a good show~" She winked at him. Flirt successful! Sans flushed a nice shade of light blue. "d-don't be trying to flirt with me, it's creepy! get out of here, shoo!" He yeeted her away from him with his telekinesis. She grinned as she flew away, right past... Papyrus.
"SAAAAAAANS, WHY ARE YOU FLINGING HUMANS AROUND WITH YOUR TELEKINESIS?!? WAIT... A HUMAN?!? COME BACK HERE, HUMAN!!!" Papyrus ran after Frisk, who was still being launched halfway across Snowdin.
"Sorry, Papyrus!" Said Frisk, giggling a little bit. "Just remember that this is Sans's fault!"

It was kind of a short chapter, because I had to start school lol

Any suggestions as to what happens in Chapter 2.5, or what I should change about Chapter 2?

Omega Flowey 2.0 said:
Any suggestions as to what happens in Chapter 2.5, or what I should change about Chapter 2?
Click to expand...

Omega Flowey 2.0 said:
Any suggestions as to what happens in Chapter 2.5, or what I should change about Chapter 2?
Click to expand...

This is a good story so far, maybe continue on like this until Undyne, then maybe have her flash back to Undyne the Undying, get caught in the memories, then game over and Chara's there? idk.

ThatOneKid5 said:
This is a good story so far, maybe continue on like this until Undyne, then maybe have her flash back to Undyne the Undying, get caught in the memories, then game over and Chara's there? idk.
Click to expand...