What or Who introduced you to Terraria? and what's your favorite thing about Terraria?

I started playing terraria because I saw a youtuber playing it and it seemed cool. I play since 2017. My favorite thing about the game is exploring the underground.

I think it was a Let's Play, YouTuber by the name of PaperBat VG.

Honestly, I'm still not sure exactly why I chose Terraria over Minecraft (two of the games he often played), because I still remember the Aether Mod being the reason I was gonna finally buy/ download Minecraft, as... it was cool and everything, but not necessarily the type of game I'd personally enjoy playing myself, until I saw that particular Mod of course.

I wanna say that, maybe it was because Terraria was a familiar formula to the style of games I already enjoyed (Kirby: Superstars, Super Ghosts 'n Goblins, Super Mario World, Castlevania)?? I hate that this memory draws a blank for me, because I'm sure I still didn't like Terraria's art style around that time, as the sun still had a smiley face... I think?

There was also like... this Starbound vs. Terraria beef that my brother was heavily into, so it could've easily been him as well who introduced me (or made me aware if Terraria's existence), as I'm 1000% sure he's the one who taught me how to set my controls by manipulating ini/ cmd files or whatever...

It was a lot going on, especially me getting into indie games. I don't wanna go on and on, but here's the boxes games like Terraria checked for me, seeing as how times were a LOT different back then.
I really don't know exactly, I wanna chalk it up to being a perfect storm-type situation, but the only thing I'm the most sure about is that PBat convinced me to buy the game... somehow... I think, or maybe it was my brother?? 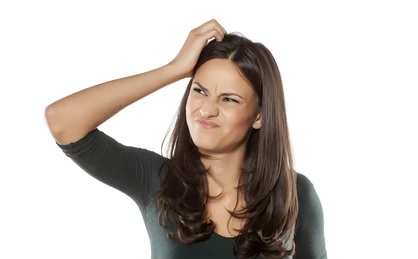 My friend introduced me to terraria.
My favorite thing is building.

my nephew first introduced it to me back in the earliest release of it... didn't see much of it, but it stuck in my mind until i came across it on the PS store.

that was quite a surprise, cause i wasn't even aware it was coming to console.

of course, there was also totalbiscuit and jesse cox's playthrough of it... endlessly re-watchable, and quite funny.

favorite thing... not entirely sure i can decide on just one thing.

i guess just the fact that it has such passionate developers willing to go so far to make it enjoyable in so many ways.

A thumbnail on an Infographics Show video .
It was about Minecraft vs Terraria.

first time playing Terraria was on the,
360 Because i saw my brother playing it

i got introduced by a friend back in 2013, and my favourite thing is the bosses by far

this is the most interesting one so far. your mother must be really nice and likes video games

Uh my friends brother at an english lesson played terraria, and he introduced it to my bro then we played it, that was like 4 to 5 yers ago i've fought lepus actually so yeah im kinda an og and now i revisited terraria 1 year ago and still playing till now

I was introduced by Stampylonghead, so I was around 7 or 8 when I first heard of Terraria

My cousin Johnny and his friend Guillermo came over to my house to play terraria on my Xbox which they bought with their money and they let me play with them. my favorite thing was my pet slime Jonkers who was sadly replaced with a gold bunny

It was this video

I played it at a friend's house one day and I absolutely loved it this was almost 6 years ago. A great video to show anyone who is interested in terraria is
this is UberDanger's video about terraria and how great of a game it is

so i was at my friends house and he taught me how to play Terraria on his xbox.
It was wild and i may or may not have stolen 95% of the stuff in his chests

Staff member
Moderator
If I recall, it was seeing videos of it from a group of high school friends. Terraria 1st came out during my final year of high school. And yes, my 1st impression of it was that it was "2D Minecraft". It caught my interest at the time and it looked fun, but I didn't buy it yet.

Later it was gifted to me by another friend and I started with 1.1. I didn't get super into it at first, but then at a slightly later time another group of friends wanted to play it, so I played with them and from there I got heavily absorbed into the game, researched everything about it through the wiki. And from there played a lot to where its one of my most heavily played games of all time. Followed every update since then to this day.

My favorite thing about Terraria, has to be the sheer amount of items you can obtain, along with how visually exciting all the biomes of the game look with the enemies and blocks within. The sensation of mining to craft and upgrade new equipment and weapons along with occasionally getting cool items from defeating difficult enemies and bosses never fails to get me excited. The way the Corruption and Crimson works is also something I enjoy that is hard to get from a lot of other games. The idea of a dark environment acting as an invasive force that corrupts everything around it overtime.

I... actually forgot. But, the first Terraria channel I've watched is Chippygaming. I've watched him before he even made his second channel, and that's really long ago. So yeah, I don't remember.
Also, I think I knew about Terraria about the time when Minecraft was falling in popularity, so that could be a factor. But I don't think that's the reason how I knew of this game.
But whatever made me know Terraria, thank you, you've given the best prize ever.
You must log in or register to reply here.
Share:
Facebook Twitter Reddit Pinterest Tumblr WhatsApp Email Share Link
Top Bottom