- Werefox Plus -
Version 1.1​
A small sprite tweak that updates the Zoologist's fox transformation to look more like a proper werefox. Peep the bottom of this post for the file/steam workshop page. 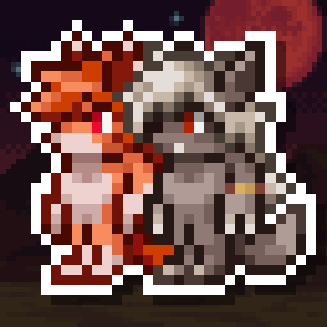 Permanent Fox & Werefox Plus:
Replaces the human zoologist with the original fox form, and transforms into this werefox on full/blood moons. 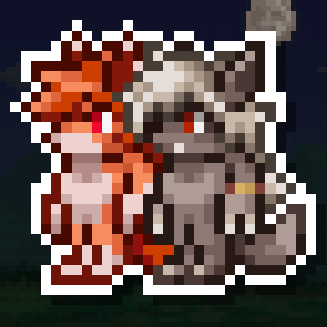 I love this but three out of four Full Moons after using this pack have been Blood Moons. Game, is seeing her without the red tint too much to ask? I know it's almost the same because of how red she is, but still...

If you don't mind, I have a few requests/questions. The Human Zoologist's tail bothers me a little because of how it just sticks out. Could you make a pack that gives her this one's cuter tail? (And maybe the tail she sells too for consistency?) If you're not making requests, I think could figure out how to make packs and Copy/Paste the tail. Edit: I figured it out and combined it with the Tweaked Zoologist's less revealing shirt and could easily copy/paste for vanilla sprite's shirt. I'm not sure how to do the tail accessory yet though. Re-Edit: I figured out the tail sprite too. Can I uploaded a tail tweak based on your tweak if I give you credit? (And the less revealing shirt version too if I get its creator's permission too.)


P.S. I'm the guy that said on Steam that said I wanted to pet her even though she'd tear my face off. I still haven't gotten over that reaction. She looks so fluffy!