**REPORTED** Graphics have been transformed into... not png?

i've been playing terraria a lot since the journey's end update, but after some time, the graphics have seen to have been broken in some form they appear not to be png anymore. 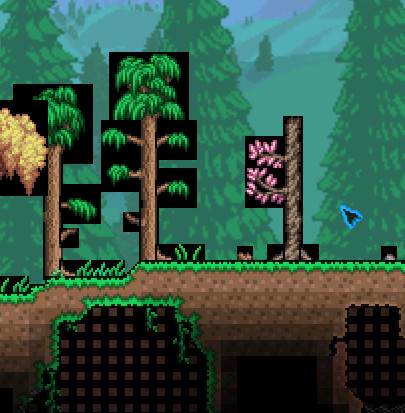 Not only that, but background walls (not the actuated ones) have been broken into small cubes of my eternal disapointment.
I've tried using texture packs but they seem to have broken too.
I've searched the deep corners of the google search tab and have not found a single person who've had the same problem as me
Tough, i've used Tmodloader and the issue only seems to prevail in vanilla, as the graphics are normal there.
It doesn't seem to affect anything else other than impeding me of building nice things and burning my eyes with such uglyness.
H e l p

Update: Apparently going fullscreen fixed the problem for some reason, i quickly noticed it flashed the normal graphics for a sec when i Alt+Tab'ed into the game
it may be because the resulution was low? 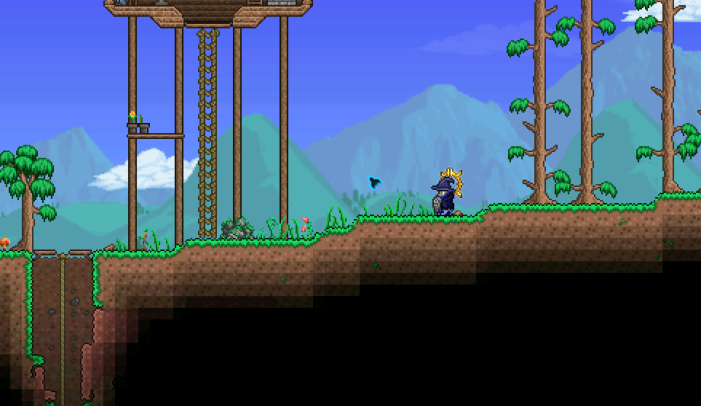 also, when i go back to windowed the problem comes back, until further problems it is not concerning
Thanks for the help!
Last edited: Sunday at 6:16 PM

Staff member
Moderator
Have you attempted to verify your game files, and/or reinstall the game?
B

darthmorf said:
Have you attempted to verify your game files, and/or reinstall the game?
Click to expand...

I actually haven't thought of that
Edit: Didn't work either
Last edited: Sunday at 6:00 PM
B

might be, i've had kind of "special bugs" with other softwares that haven't happened with anyone else, sooo...

It might be your OS. Just a random guess, but I don't think that Terraria was essentially built for Windows 7 to work perfectly.
B

JuicyMeats said:
It might be your OS. Just a random guess, but I don't think that Terraria was essentially built for Windows 7 to work perfectly.
Click to expand...

I've used terraria for like, a long time now, the only problems i had were lag and etc., so i dont think it is my os?