Anyways, since I'm basically no longer active on this site, if you want to see more of my newer stuff please check out my Twitter page!

I'm not accepting any requests, so don't even bother asking.


• 2018 Works •
I handpicked a bunch of my favorite pieces from my art blog to show off here. 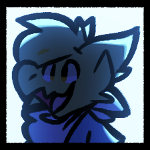 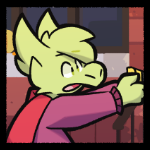 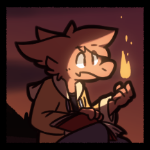 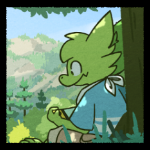 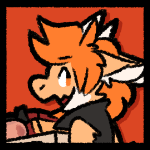 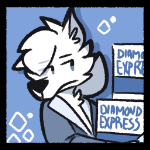 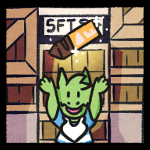 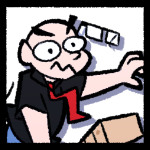 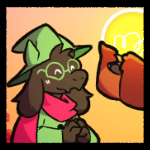 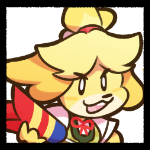 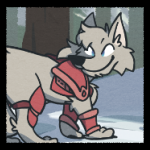 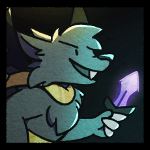 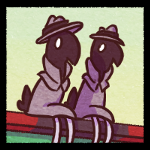 • 2015 - 2017 Works •
Ancient drawings back when I first started getting used to drawing on a tablet.
Everything below this point was left unchanged as of February 2017.

From Left to Right:
Toriel and the Temmies from Undertale| Rhea from Slightly Damned | Isabelle from New Leaf

[ As of February, all of my works were drawn on a Wacom Intuos Art tablet using Medibang and Drawpile. ]​
Last edited: Dec 31, 2018 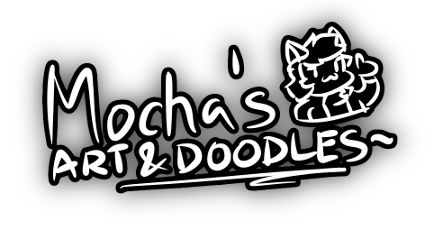 Howdy, stranger! Welcome to my little art emporium! Here is where you can find all my doodles, sketches and digital drawings all in one convenient spot (that isn't my profile page). Each drawing takes about several hours to make and can take up to 2-5 days to complete one. That means no requests.

Alright, are you guys ready for the art? Here it is! Look at each one as long as you can! (I only have a few at the moment, but there will be more to come!)

Art that I have no idea where to put.

From video game characters to my own comic characters.​

[ All digital art was done on a 10 year-old Wacom tablet using FireAlpaca. Drawing on this tablet is not as easy as you think it is! ]

It's been some time, hasn't it? I've been working for the past three days in short bursts drawing this thing, while at the same time experimenting a different style from what I usually draw.

So without further ado, here it is! 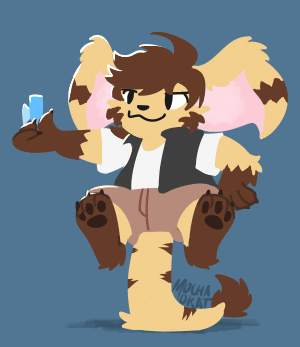 [ rough ] [ lineart ]
​
I present to you Mokai Sharptooth (pronounced mo-kai), a snarky Jakkai that once lived in a small village somewhere in Medius. During a stormy voyage - and without any memory of it - he finds himself washed away and awake in a world unlike his own. Unlike most Jakkais, Mokai can cast frost/water magic but has only used it for offensive/defensive reasons, or just to show off his ability to others. He plays the kazoo.

(And for those who are unfamiliar as to what Jakkais are, they're a fictional creature from the Slightly Damned webcomic.)

He is also a part of a comic that I'm working on called Oddities, a small comic inspired by SD.
Last edited: Apr 2, 2016

Your art is really good!

After looking at a few redraws of Chu's older comic pages from a decade ago on twitter and on tumblr, I decided to give my hand at redrawing an old comic I made a year back just to see how much I've improved over the past year. The results? Well... let's just say I don't have to deal with drawing on Illustrator anymore, to say the least. 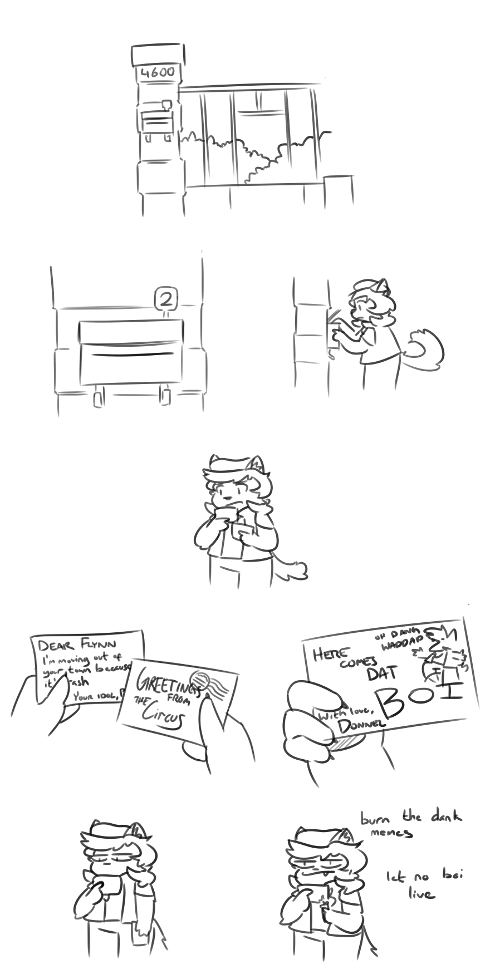 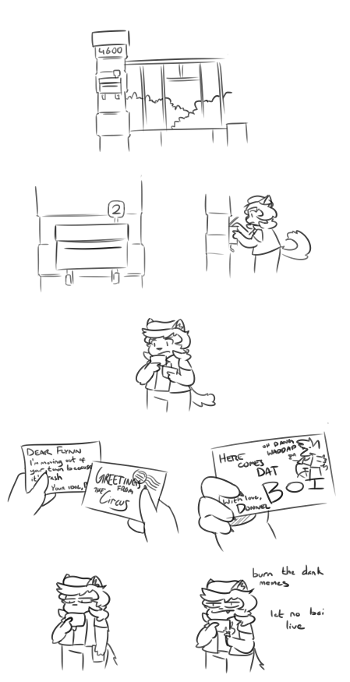 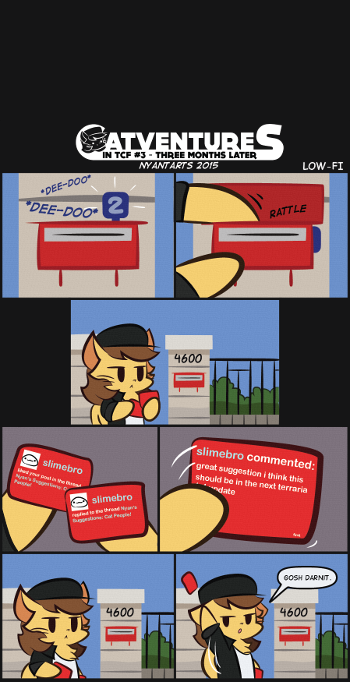 ​
As long as you don't compare your skill with others and keep drawin' till' your hearts content, you'll improve along the way.

A small little update for my art thread, summer plans and comics...

With school coming to a close and summer break 'round the corner, this will be my time to get some art done in the coming weeks! Now that I have the proper equipment to draw, I'll be able to pull out a few experimental drawings and styles to further improve my current artistic skill. (Also expect some landscape drawings here and there as well!)

I've updated the OP and added two new drawings and the four comics I drew in the last few weeks (I'll go over them in some detail near the bottom of this post). I've also redesigned the gallery to be a bit more compact for showcasing multiple drawings. This will make placing gallery previews more convenient and faster than the previous method I used to create them.

Moving onward, as of the start of this month I've been running 'round in circles and coming up with new comic ideas that unfortunately puts aside old ideas (Kitt's Katventures was sadly one of them, but not abandoned), but I finally came up with one that I think will last much longer than all of my old comics:

​
Sketchical! This is the comic that I've been designing for some time now, and is still being worked on as of today. Sketchical is a whimsy story set in the present of a cat and a magical ink pen. What lies in that pen is a mystery to everyone, until a certain incident which revealed its secret powers. It's a little cliche at the moment, but again I'm still working on it!

And that's it for the update! Movin' on to the drawings. 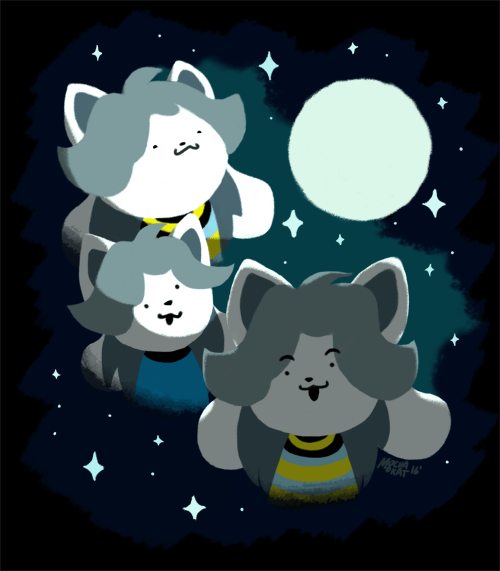 "Three Tem Moon"
The actual drawing is much larger than the one shown above.
​
This was the result of making an attempt at a mashup (this was for a school assignment). As much as I loathe doing this sort of thing, there ain't much of a choice for me but to come up with two internet phenomenons I could think of at the time: Three Wolf Moon and Undertale. The assignment required us to draw the mashup on Adobe Illustrator, but I was like "floop that" 'cause that program sucks for drawing things. Instead I used Photoshop, which took me about a week to finish. I lost marks for using it in the end. 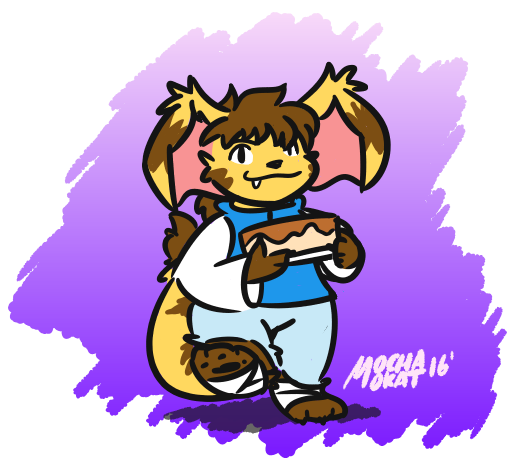 "Happy Birthday Chu!"
​
Started off as a black n' white doodle, but I added flat colors and a gradient to make it extra special for the author of Slightly Damned's birthday! The character in this is Rhea Snaketail, one of the three main protagonists in the webcomic. There's not much else to say about this one.

Catfeinated
​
Unless you haven't been following my status posts for some time now, I have this mini comic series called Catfeinated. If you're familiar with Catventures in TCF, then it's basically that minus the TCF part. Short tall comic strips of silly dumb stuff, cats and little rants I've encountered in my life or over on the internet. Updates once in a while.

Jeez, well, that took some time to type out. I hope you guys have a good day or somethin'... I dunno. I'm tired of writing this. .w.

Updating the OP each time I make new art starts to get tedious when you have a bunch of them, so I'll just dump all of them in a separate post for now. Monthly Illustrations - Isometric Scenes
A little something to try out my color knowledge and creating small scenes.

Fanart - Anarcute Tokyo
Rioters having a little chat. Most people seem to mistaken them as anthropomorphic people, but really they're just wearing animal heads. 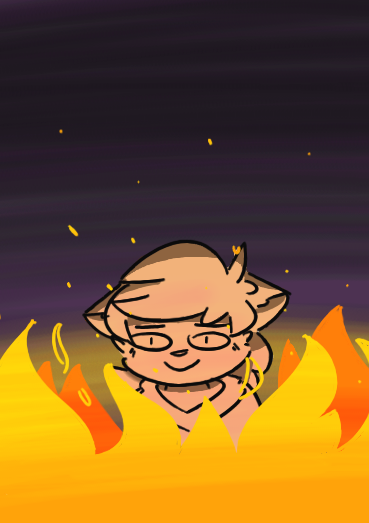 aw heck (Doodle)
Everything goes wrong at the start of 2017, but I'm doing just fine.

Packaging Blocks (Doodle)
Listening to that one Rhythm Heaven Fever level motivated me to make this gif. It's got a pretty dang catchy tune.
And that's about it for now! More stuff next time.

Happy new years! You thought I was dead -- and you'd be right. I still am, but I figured I'd drop by one last time to update this thread with a couple of my newer works from this year (see OP for the rest) as well as a small reminder that I have a Twitter for more of my art stuff!

And now for the update:

Stardust Skies | December
He tried climbing up the mountain, but after the first few meters he gave up and took the elevator to the top.

My last piece for 2018, featuring Lil' B in awe at the sight of his island from the mountain summit.

Makin' Magic | September
He's practicing his magic above his friend's house in secret.

One of my favorite illustrations I've made this year, which captures the autumn atmosphere.

Scarf Pals! | November
I had a feeling Ralsei reminded me of somebody else. (Niko from OneShot on the right)

I couldn't resist drawing these kids after playing Deltarune and realizing how similar these two look. Clothing-wise, at least!

Big Bad Moonlord | April
"How's it like getting your butt kicked by a tiny werewolf with daggers, huh?!"