With the update to console 1.3.4 my town npc engines from before 1.3 broke. In the Idle-state they are no longer valid housing, so the worker moves elsewhere. The cause for this appears to be a changed algorithm for validating housing. It seems console 1.3.4 has received the updated algorithm from pc 1.3.5 early. @Unftf describes the new algorithm here, but unfortunately I'm unable to figure out a solution. So I though I should pick the collective brain of T-MEC to see if anyone can figure out a way to fix the engine, preferably with as few changes as possible. 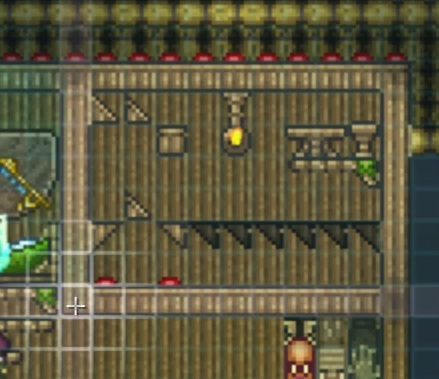