Just making a thread with as many of the things I've built in it. Comments and criticism please. I will put notes about each build underneath the image. Hopefully the images don't break. 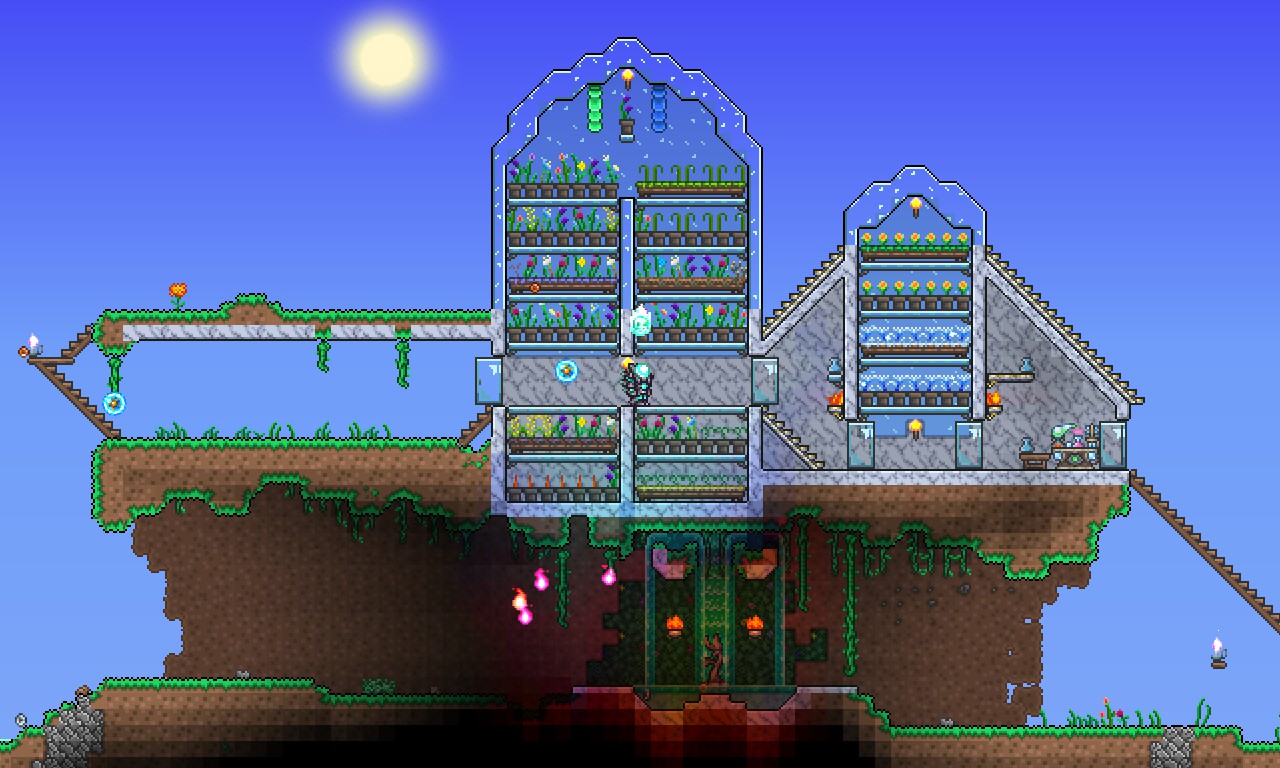 This was done a little while ago, just not getting around to uploading it. It was the first major build that I did using new materials from 1.3. Was done on a multiplayer world that I was playing on with a couple of friends. There are still some drops on the ground, I never got around to taking another better image. 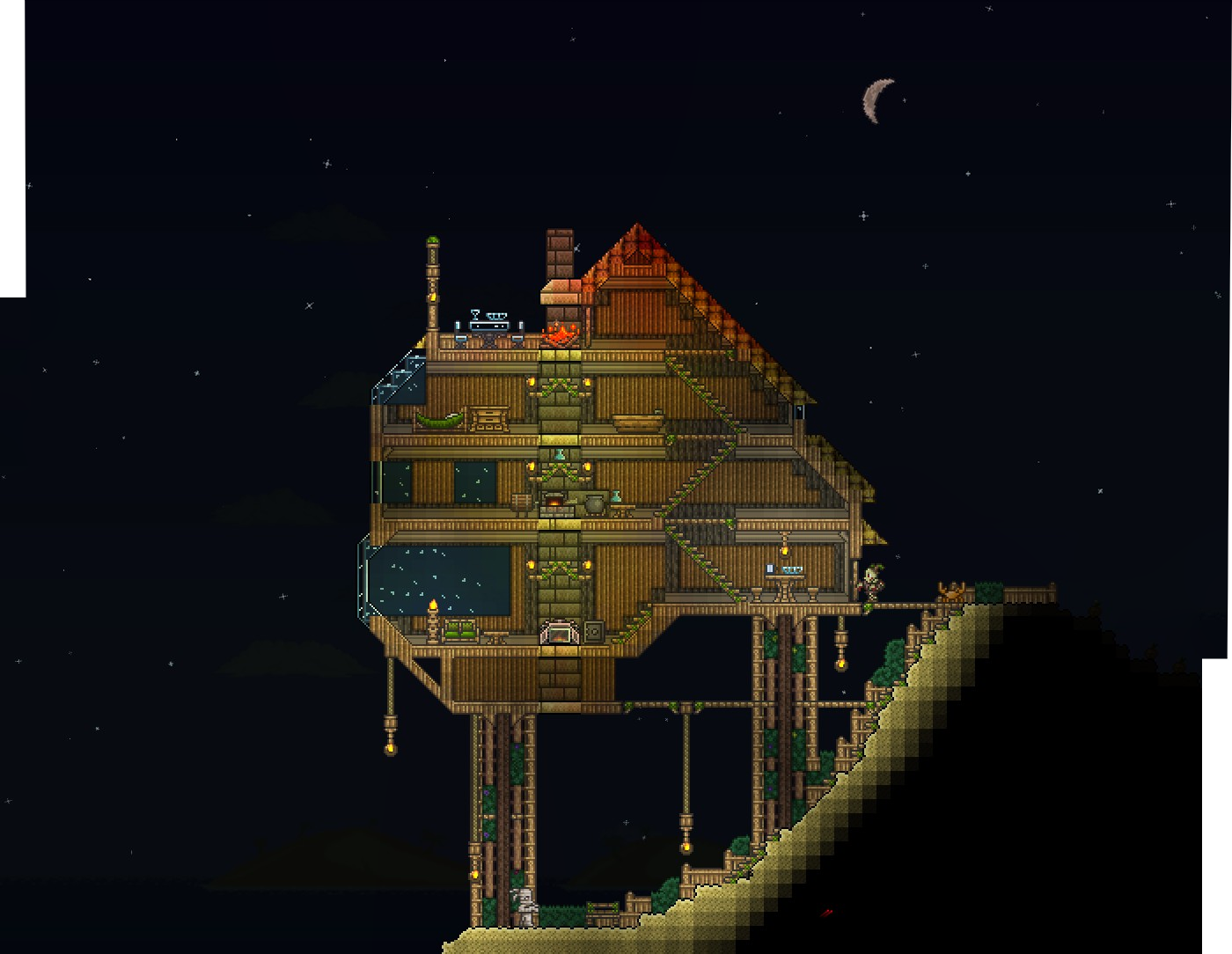 A beach house retreat from my home base. 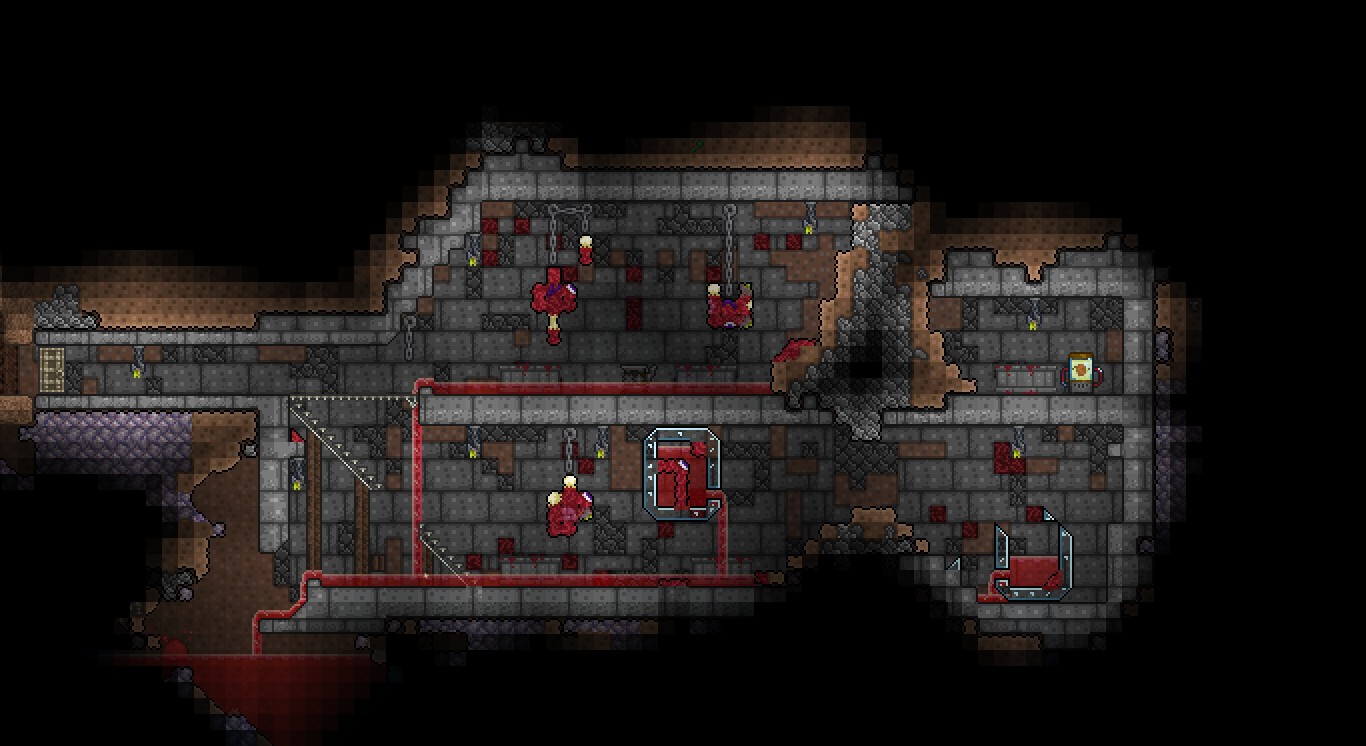 Dilapidated evil laboratory. Could probably use more stuff in it.

My build from this years Halloween build contest. Yeah, that right wall is flat. 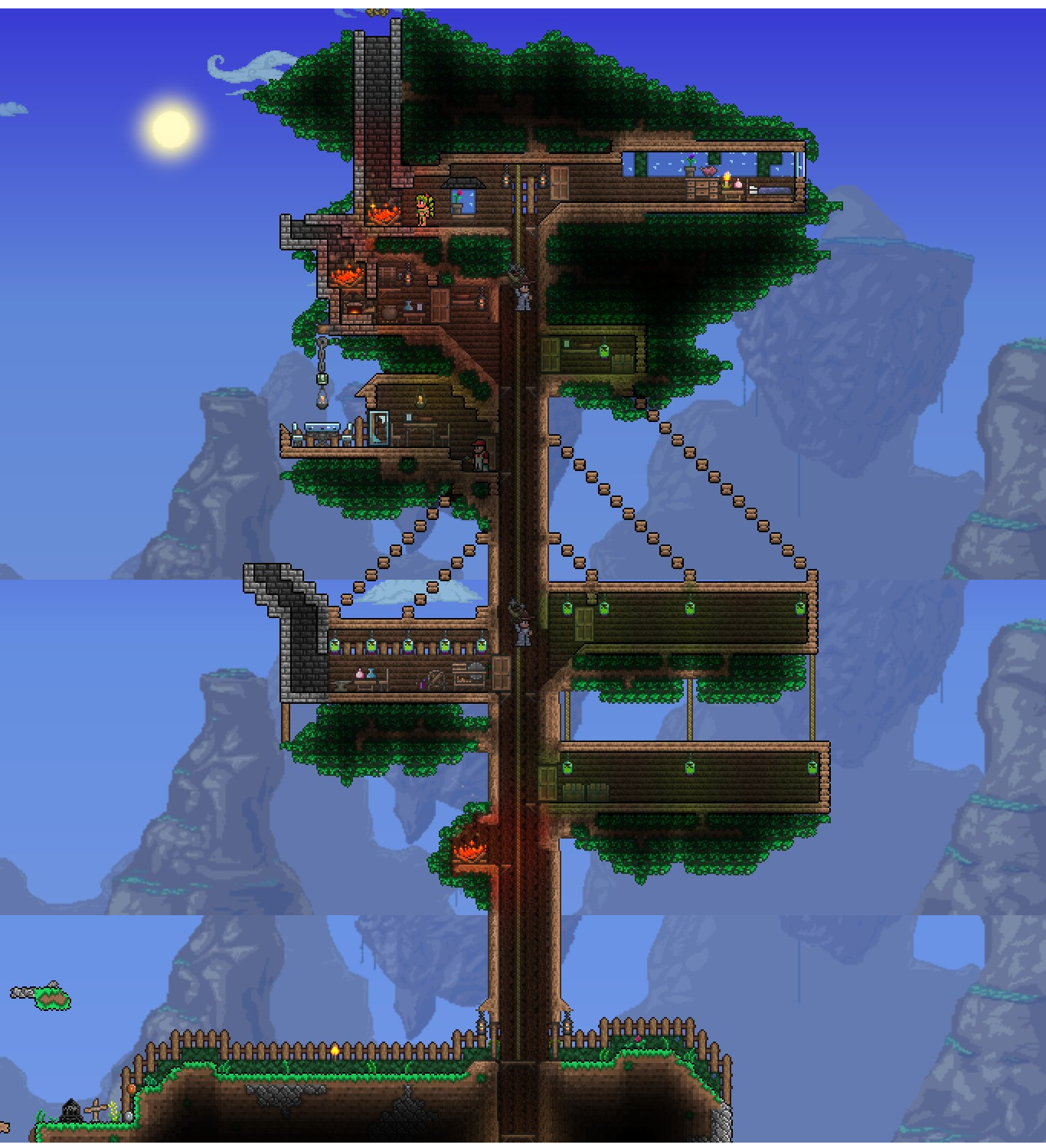 This one has a bit of a story. A couple of my friends started a playthrough on one's server, and attempted to build a treehouse. They failed. I joined a few days after and turned the mess that they made out of the tree into this. 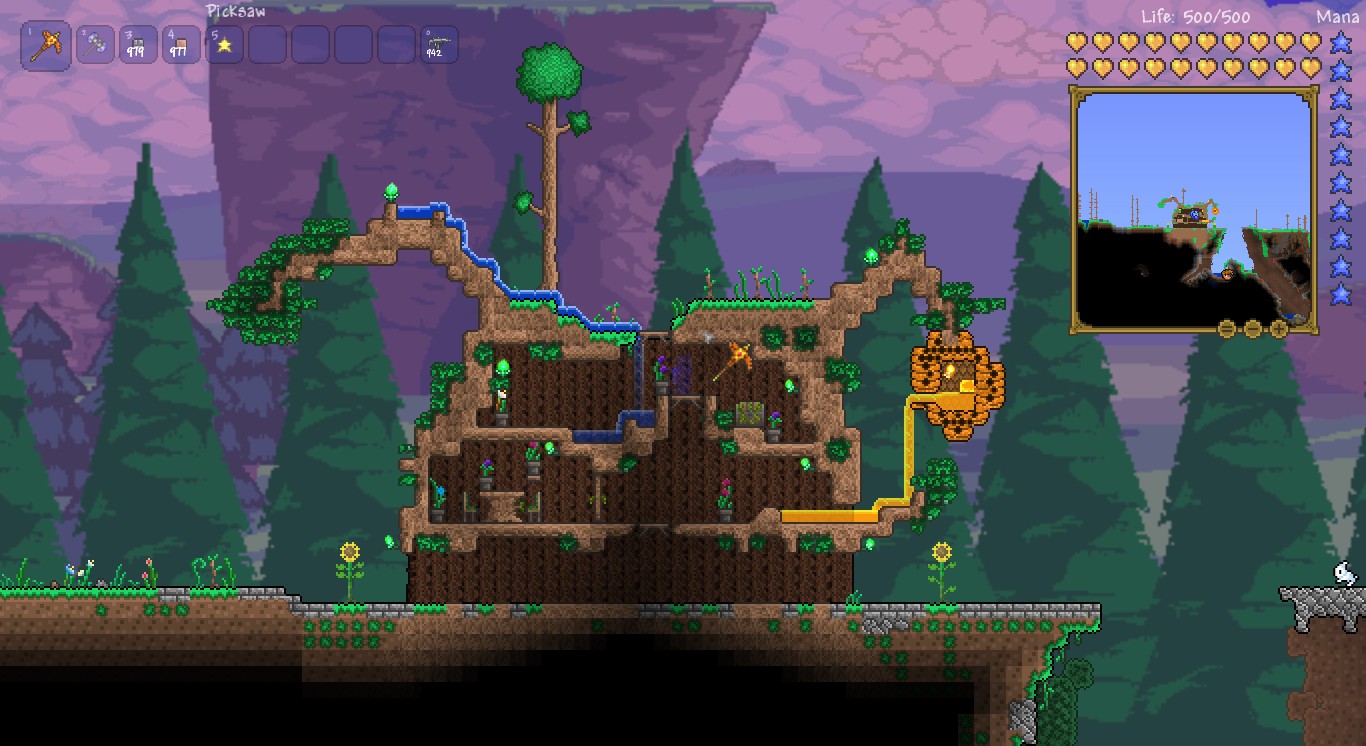 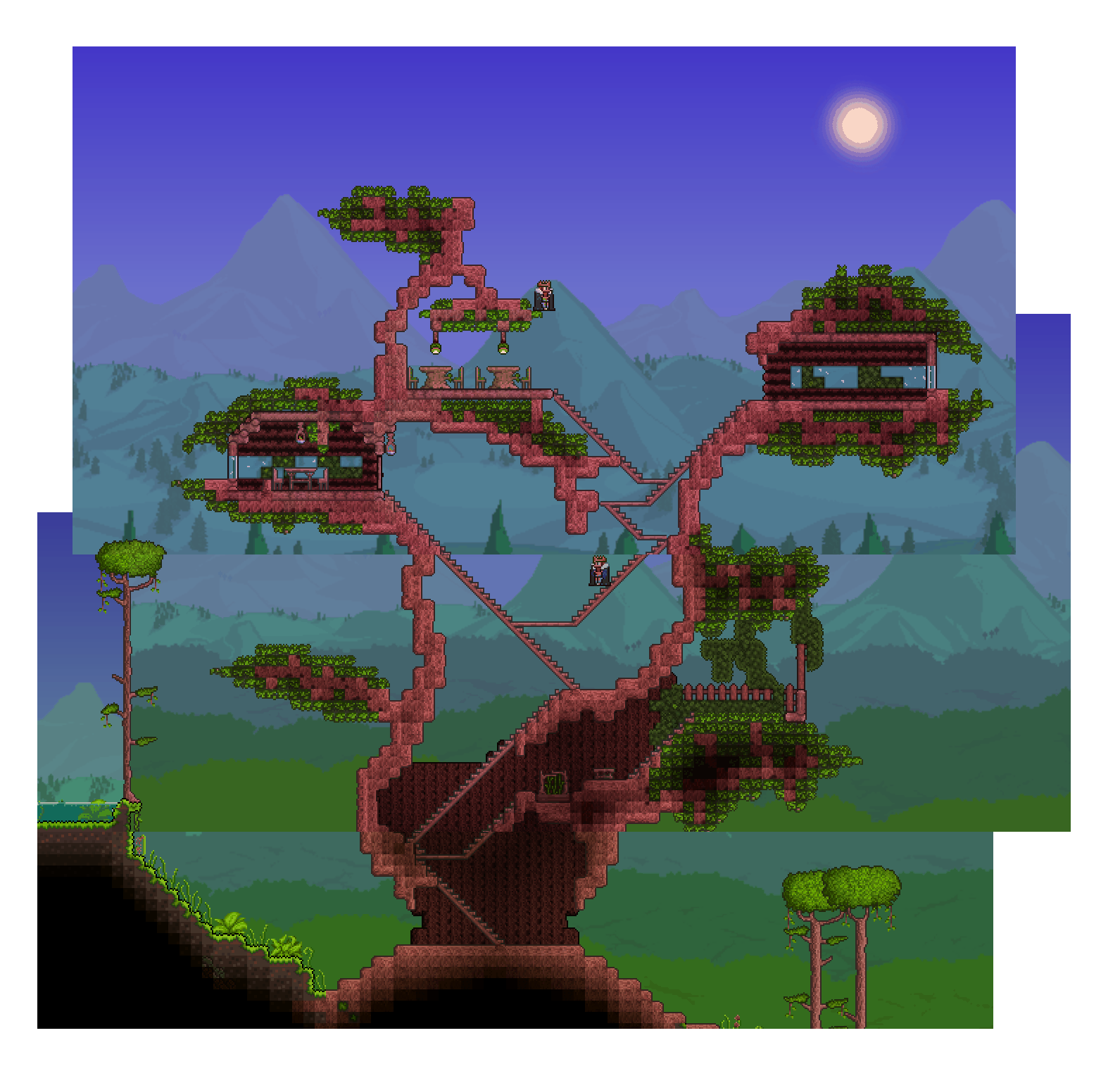 Second giant tree. This one's not done, and it's in the jungle. Not sure if I'll finish it. Also, mediocre compositing job, from before I discovered Microsoft ICE. 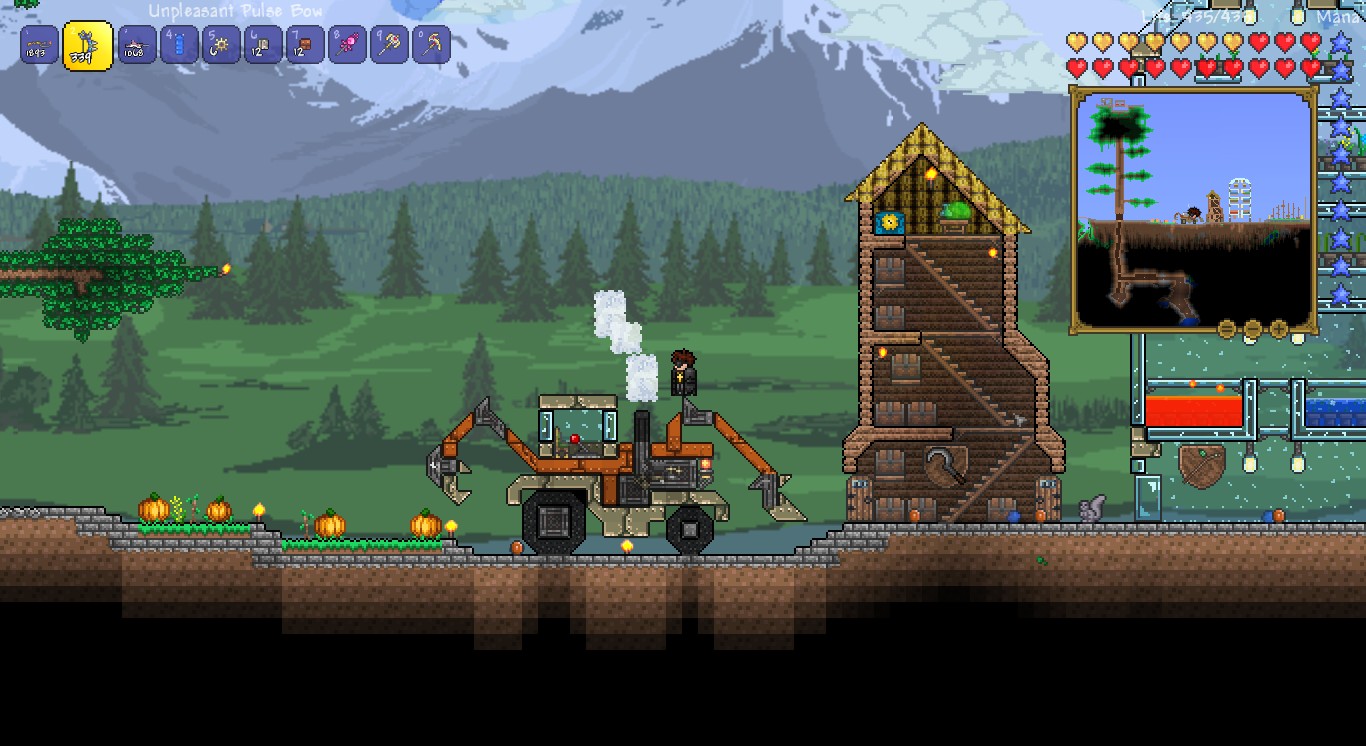 It's a tractor with a bucket and backhoe. Not much to it. 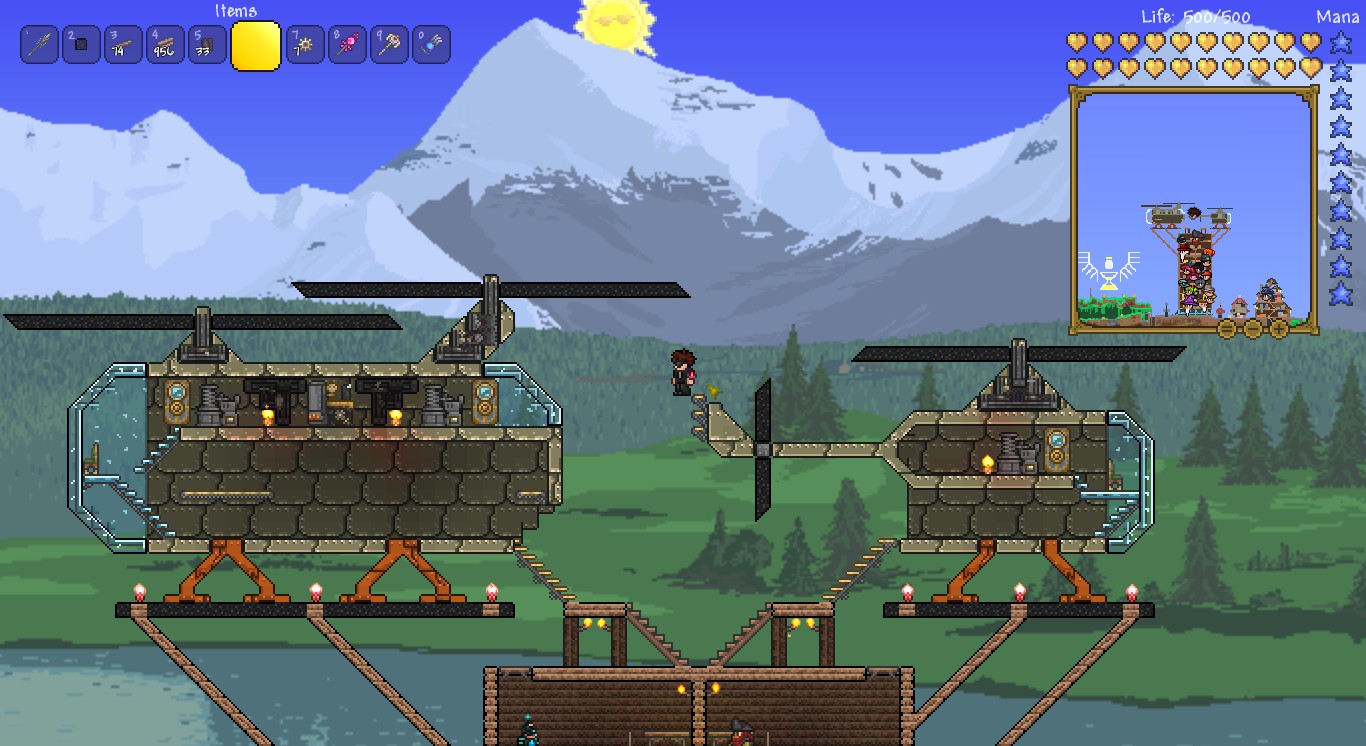 I built a couple of helicopters on top of my NPC apartments. 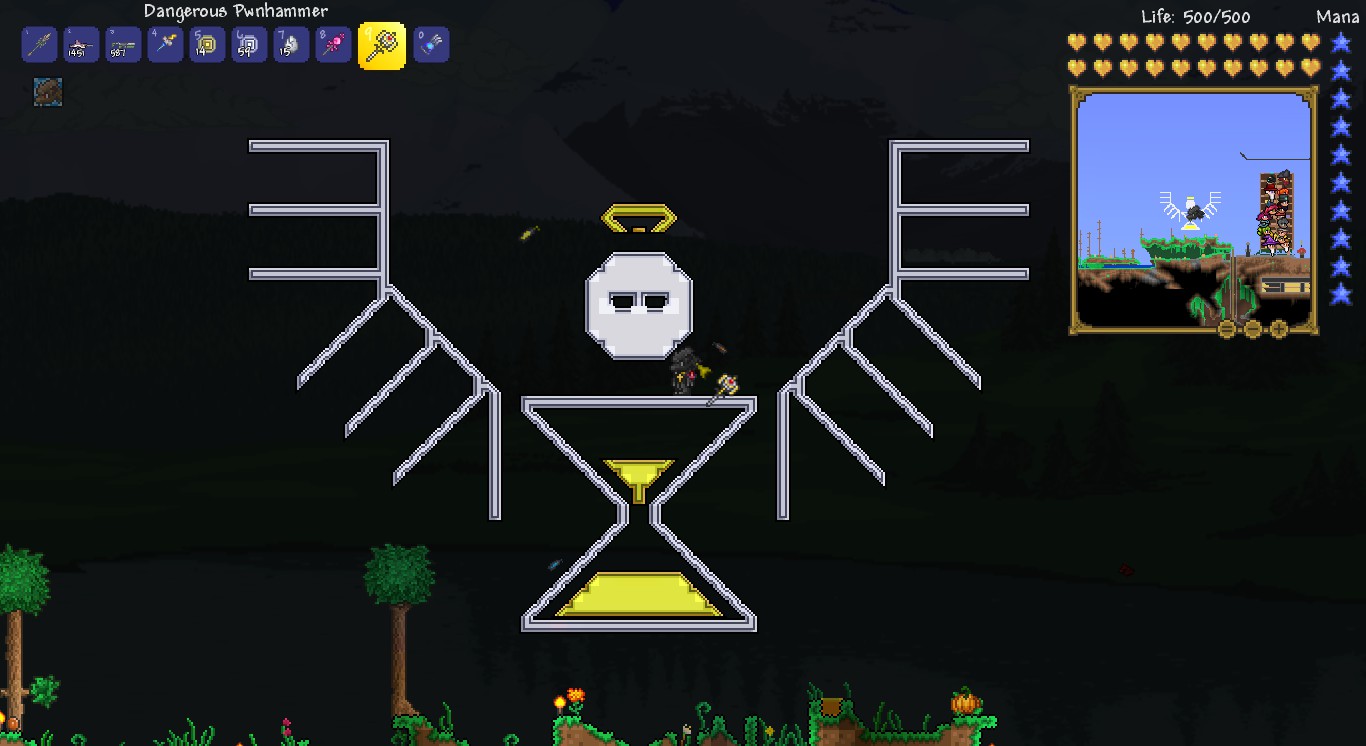 In-game version of my avatar. Slightly earlier version than my avatar, haven't taken a picture of the updated version in game. 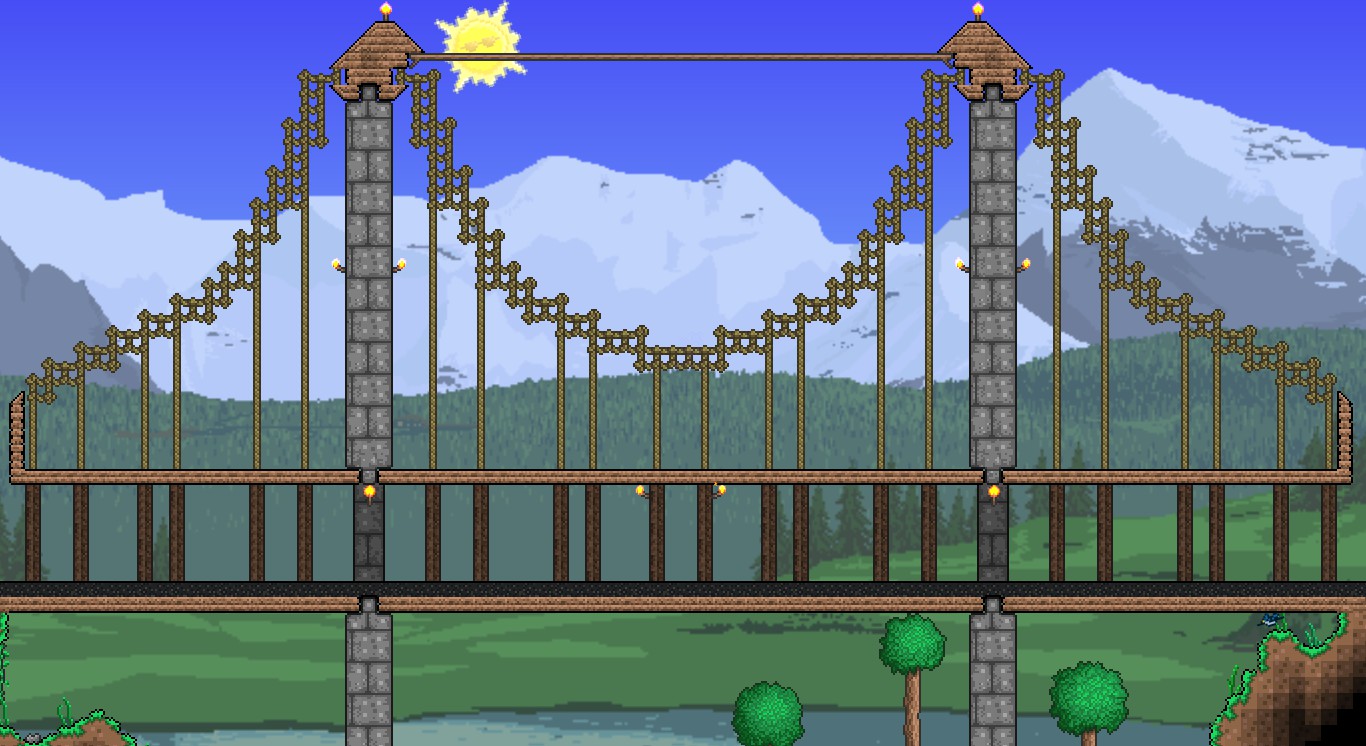 The other day I decided that I wanted to build a suspension bridge. So I did.

Large NPC town that I built. Also, not the greatest compositing, because I hadn't found MS-ICE.

That's all for now. I build quite a bit, and probably have more that are built that I haven't taken pictures of yet. I will update the thread occassionaly with more stuff.

For some reason, I was expecting to never see a tractor in Terraria, never mind a good looking one. I have been proven wrong.

What does a laboratory need?
Bottles obviously! ^_^

I love the little bulldozer, so cute

Hey look! A new build! It's also in the main post.