I also have a few characters, so if you're interested in them, here they are and some descriptions. 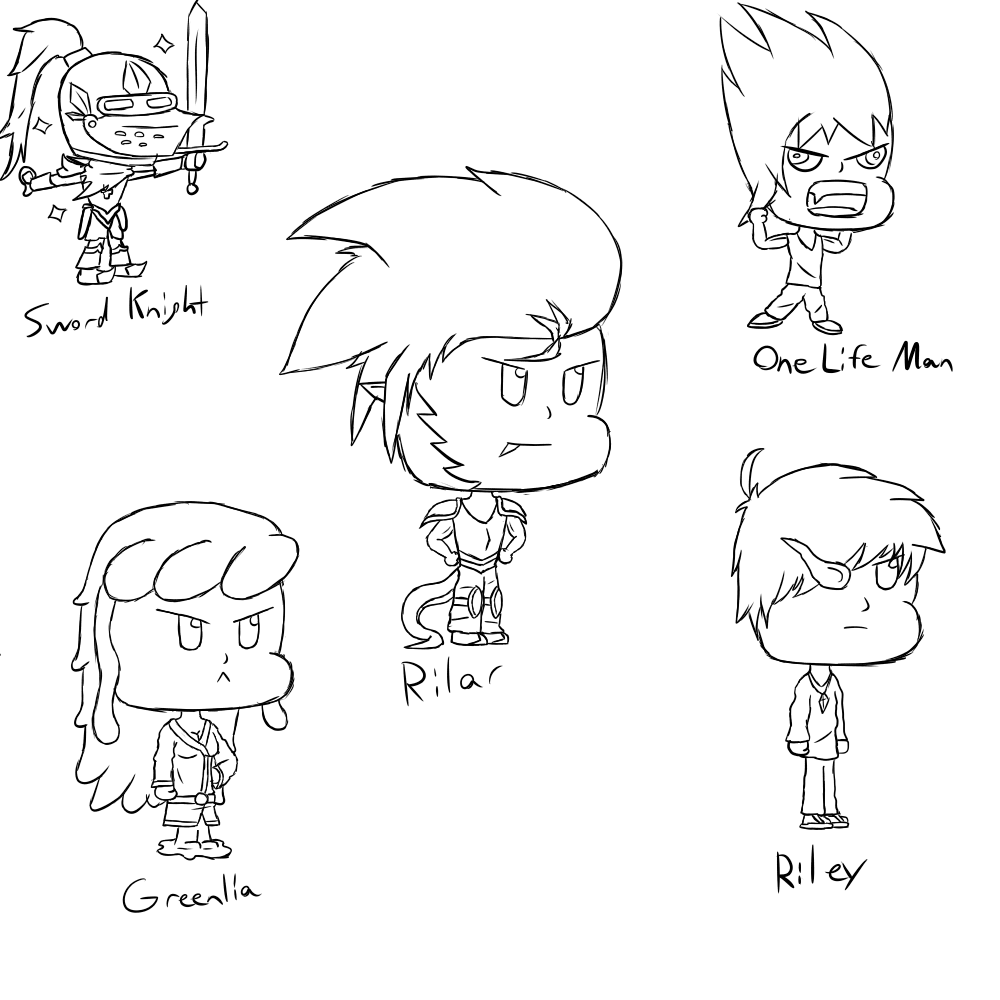 Rilar: The character I got my name from! He's part of a relatively small race of dragon people, hence the tail. He's all about being as chivalrous as possible, trying to help as many people as possible, and overcoming any challenges he either finds or is presented with. He's mostly like this because he really wants to be seen as a legendary warrior, or at least a very noteworthy hero, although even after all his efforts he still isn't recognized by many. Doesn't stop him from trying though. He's also into weapon collecting, even if he doesn't actually use too many weapons he finds. Also, he can't stop going on about "honorable warrior culture".

Greenlia: I created her some time in March of 2015, way before the release of Undertale, but to put it simply she's Undyne. Same obsession with fighting, same insane tenacity, same tendency to go way over the top with everything...she even uses spears and javelins as her main weapons. But hey, she's a slime girl and not a fish girl, so there's one difference.

Riley: Edge. The kind of edge that cuts you just by looking at him. Shadow the Hedgehog levels of edge. Also he's a mage who claims to be the most powerful in the entire world. He's not a weak mage by any means, but he's definitely not the strongest.

One Life Man: Not really one of my main characters, but worth mentioning since he's who I'm playing as in my hardcore playthrough (yes, I'm still going to get back to that thing one day). Kind of has a tendency to freak out about everything, but he's a hardcore character so what do you expect. He is aware that he doesn't respawn, and there is a reason why he doesn't. That explanation will have to wait though.

Sword Knight: Weeeeelllll maybe he's not one of my Terraria characters (in fact he's actually who I've been playing as in Dark Souls), but I post just enough about him here that he's worth mentioning. He has an unnatural fascination and obsession with swords. His main goal is to collect one of every type of sword, and he's well on his way to doing that. He already has a collection of hundreds of swords, and his collection keeps growing all the time. He's probably forgotten his real name to his swords, so if you asked him what his real name is he'd probably say something like "Gladius".