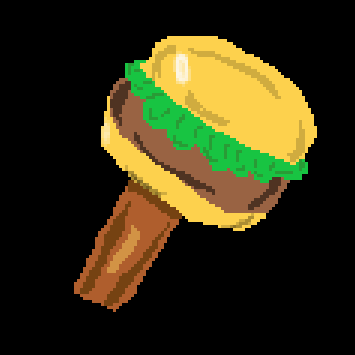 
The hammerburger is a weapon dropped by clowns, with a rarity of

The hammerburger deals 80 damage, and launches mayo similar to the enchanted sword's projectiles, in that it does half the damage of the hammer itself.

The hammerburger functions as a regular hammer, but also as a sword, in that it has high damage like a hammer, can take walls down like a hammer, and has the swing rate of a sword and projectile launching capability of a sword.

It has a critical chance of 5%, a use time of 20 and it's mayo projectiles have a velocity of 6. 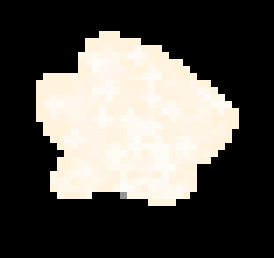 The mayo is special, in that it slows down when travelling through enemies. The mayo can go through 3 enemies and applies an effect simmilar to the slime gun, in where it slows down and gets coated with mayo for a while. As i've said already, it does half the damage of the sword, so it would do 40 base damage.
Last edited: Jun 28, 2017

Why Red Devils though?

goldmelonmaster said:
Why Red Devils though?
Click to expand...

mostly because they're tough and a pain to farm, and for the pun "roast beef"

Maybe make it drop from Clowns instead?
(because you know, ronald mcdonald?)

PTpirahna said:
Maybe make it drop from Clowns instead?
(because you know, ronald mcdonald?)
Click to expand...