Staff member
Moderator
Re-Logic
SUBMISSIONS ARE NOW CLOSED. THANKS TO ALL WHO ENTERED.

It is big cat

Here is my submission 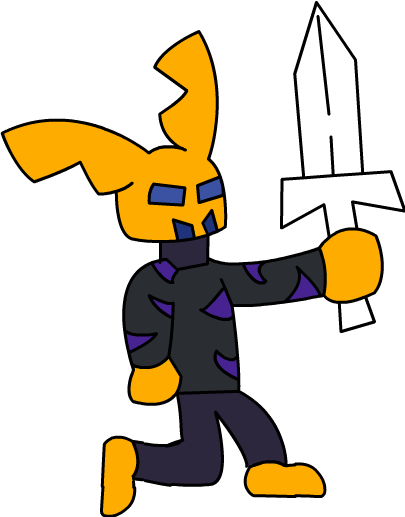 - Drew it in Adobe Animate.

Design Features:
- A helmet that resembles an ant, the helmet is yellowish-orange
- A chestplate and leggings that are dark-gray (with a slight hint of purple)
- Leggings that are dark-gray and purplish.
- The chestplate has a purple spiky design pattern
- Gloves and boots are the same color as the helmet
- The helmet has eye slots (which are a light-grayish blue)
- Has a "speaking slot" which is a darker blue than the eye slots.

"Micidae Knight" - Sworn to protect their queen (who is fond of ants) this knight is a very furious fighter and will go to any length to make sure the queen is safe.

HERE IS MY SUBMIT!

sorry if the helm is kinda cringe, i am a horrible artist and this is why i have a friend that does my art. The suit is called "Gmattonline's Lost Suit"
V 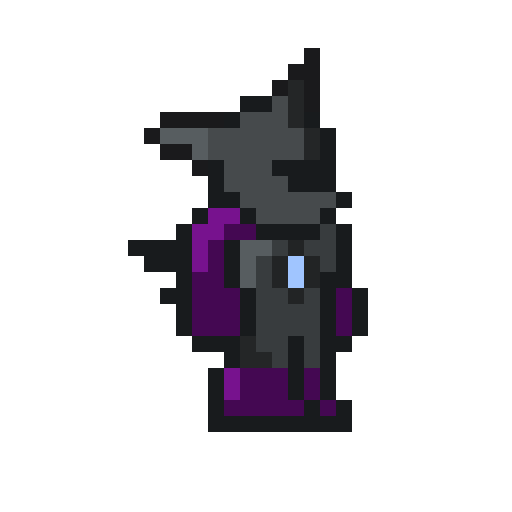 Here is my Bootleg Entry. I do not have any special name for it. 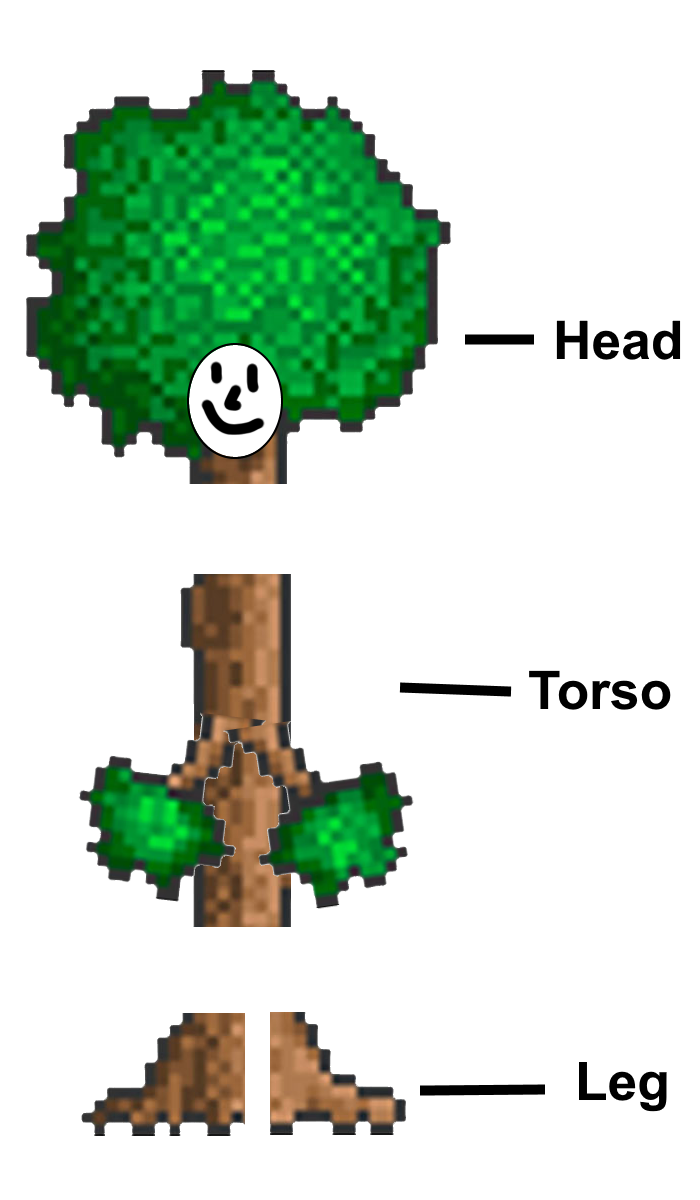 And here is the radical Artwork i did. 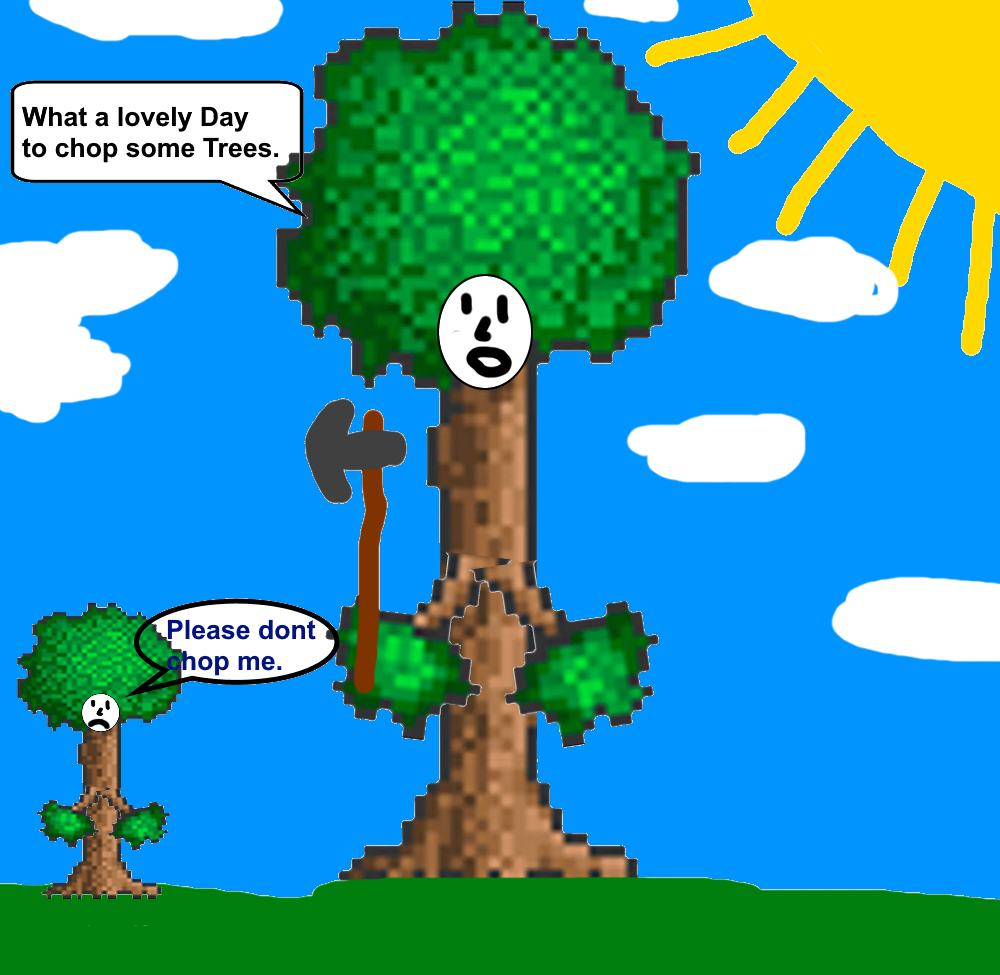 This is an armour set guide used by modders to easily distinguish different parts. I used it for a mod but that mod is since gone so I might as well try and get it in the game. Called "Garb of Requiem". Here are the icons used in game:

Cheers to Daimgamer for spriting this amazing set!
N 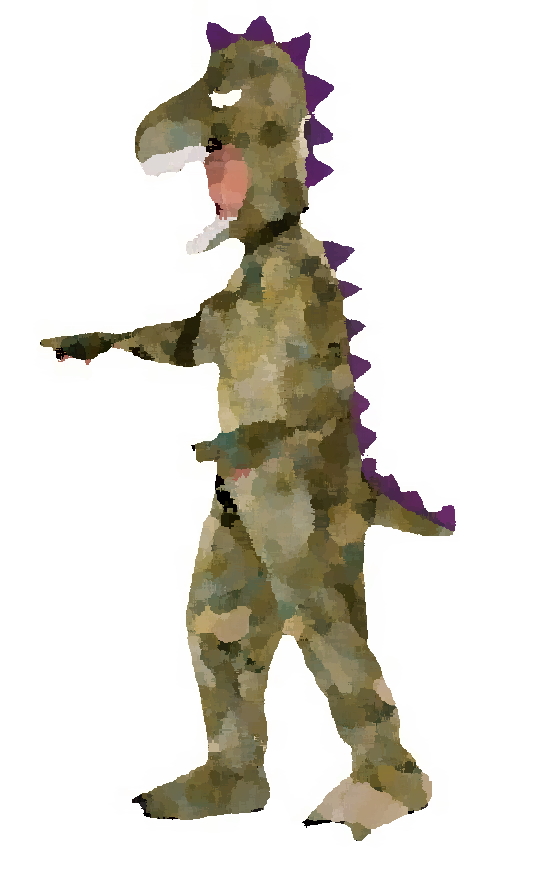 This is my chance! I've made my own vanity set to use in modded playthroughs, and this is a good opportunity to show it off.

This is my entry, it is of my OC Umbren. (Art by @sn0wys on Twitter, go check her art out!)
The tail is an added part of the chestplate, and the helmet should either be its own bandana, or have the added hairstyle like in the sprite included with the image.

Good luck to all participants! Really excited to see what entries will come from this contest. 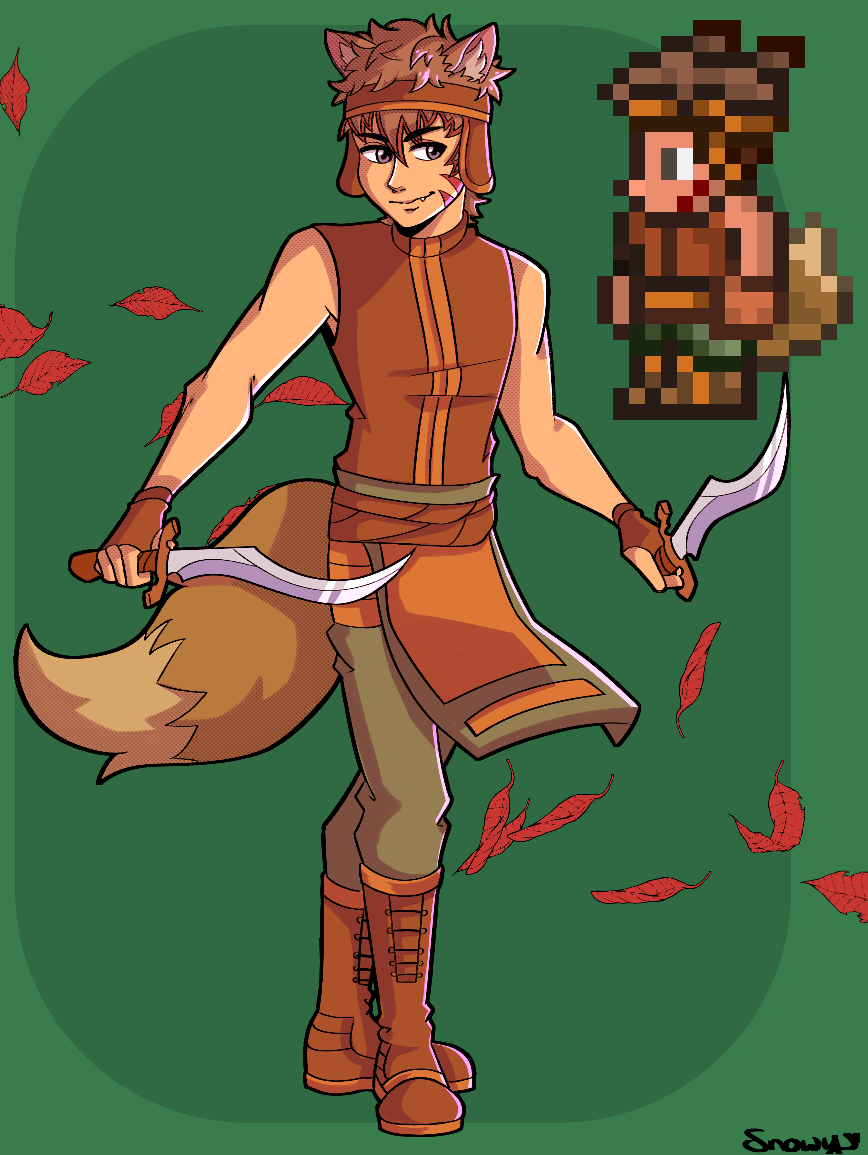 I'm not an artist, but I really like plantera, so I'm going to submit the plantera design from my own mod.
The arms are her hooks, and her head alternates with the vanity boss mask, but maybe that last part is out of scope.
Anyway, the looks can def be improved(could have a more thorny look) but I think the design is worth considering, so here ya go.

This vanity is based off of one of my characters for a future massive RPG-Fighter game that I will be creating and
selling on steam when I improve my coding. I really love this character. I hope you like it too. If there is any way to improve this, please tell me. Also, are animated sprites needed?


Edit:
This is my character Natasha The Night-Tigress.

I have used her in a few Terraria fan-games. on a site named Scratch. The terraria fangames are basically boss-rush style gameplay.


Edit 2: Being able to actually play as my favorite character that I made would be a blessing from the Terrarian Gods
Last edited: Mar 13, 2020

These are two images of my character, kajika. I didn't draw them but I commissioned and paid the artists. I hope that counts.

Edit: added an image I drew of him myself. I couldn't draw the tails well so I ended up giving up.
View attachment kajika_wanted_poster-1.png 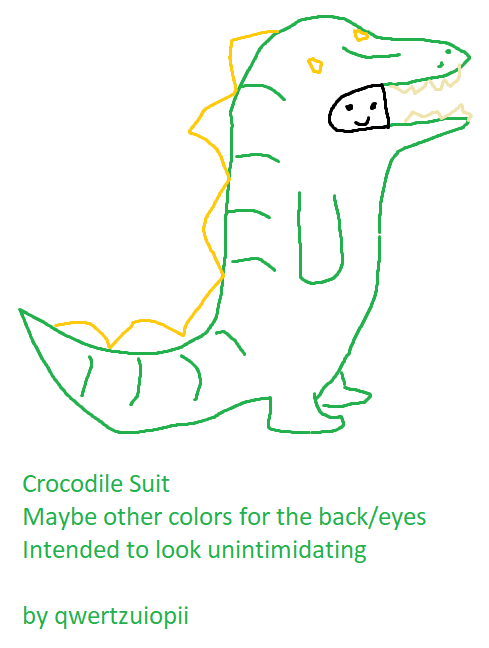 This was from an NPC suggestion I had made for some other contest 7 years ago. I called the NPC the "Sage", so the vanity set would be called the Sage set (Sage Hat/Top/Bottom, etc). The idea was an Asian rice hat, a sort of button down Asian-style shirt with gold buttons, and white pants with a gold swirling design on them (perhaps it could be a long dragon pattern), and then he would be wearing thong sandals (I don't know if shoes get bundled with the leg equip as well?). Given the Glowmask option, it might be cool if the gold swirl on the pants glowed.

My rendition of the cat vanity, not the best, but its a honor to my pet cat Buddy that died a few months ago from the time of this post, so for that i'm naming this vanity set Buddy, will probably go over this and try to make it look better.

Bee's set!
A bee looking head with light blue eyes and brown madibilies
The body is filled with lines, of brown and yellow.
once agian, the name will be Bee's set.
EX:
Bee's head
Bee's torso
Bee's legs

Here is my Red Devil set. I have a cool idea that if you use an Unholy trident, The trident on the set will disappear as if you grabbed it.
Parts -
Red Devil Mask
Red Devil Torso
Red Devil Legs 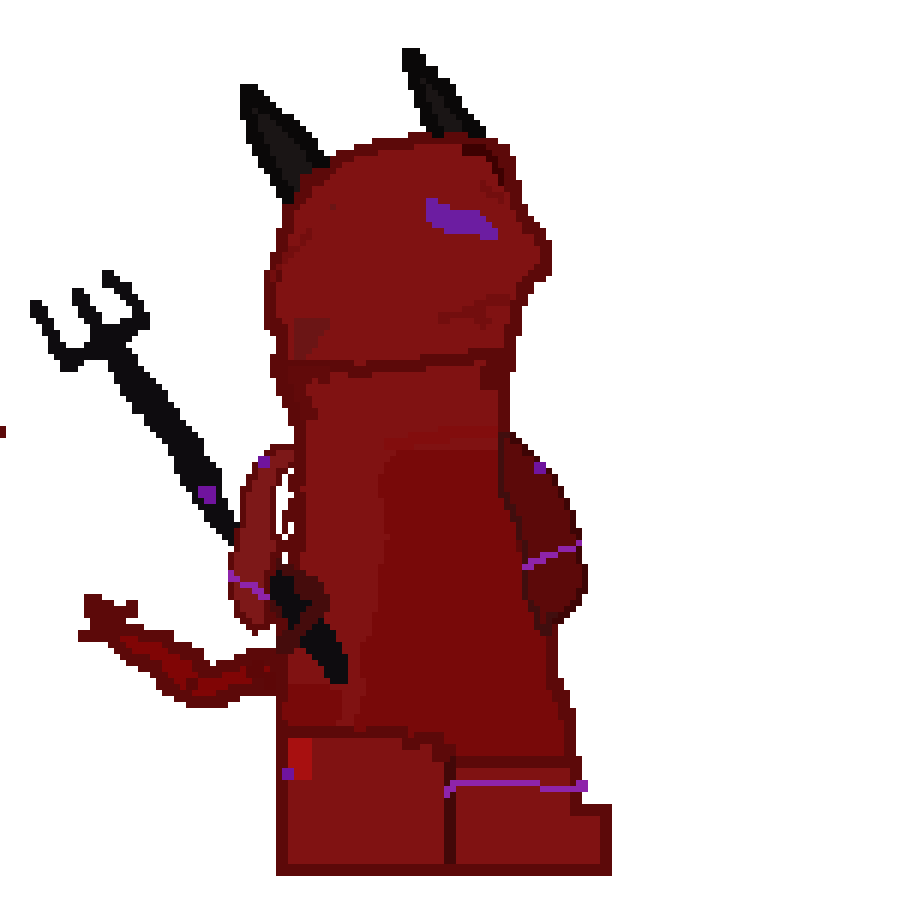 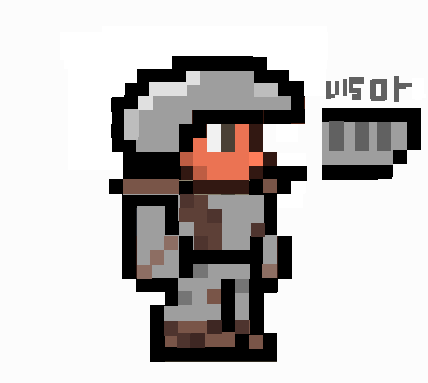 Yes i aint exactly a great artist, ill repost that post that i had to repost.
As of noblest of nobles in dark days, everyone was looking nice, from peasants to kings in purple,
it would be art, but imagine those Lords in middle? They are the middle, the perfect balance of Peasant and King...
no seriosly, they are. The set is simple, its old medieval like armor, rusted on sides but still offers the looks,
of course you may say, thats an armor, to which i say, like an armor can protect you from 100 lasers spewed by
a giant mecha worm, anyway, the helmet is simple standard afare, nothing to spectacular, though the visor does go down
when you climb on someone's back. The chest is simple too, some should pads, some staps, simple bolts or, whatever they had,
suprisingly clean unlike the rest of the set, but it still kept in the same zone. And finally the legs, we don't want our things poking out,
so pants and legs are important, sadly while the boots aren't as clean, from all the dirt and rocks, the upper part is very well standing,
bit of chain where the knees should be, and knee pads if im not mistaken, sadly, its bit scratched, probably from all the worms
coming beneath it and trying to feed on the fellow, whoever he was... wonder where he is. Anyway, thats about,
there is no need for it to be over the top, it should be a standard 'reward' here you go thing, from all we went trough...
that does not mean for it to drop from a boss but, if thats the plan, preferably not the worms.
Do note me if i have to post this somewhere else.
Not again, this is a copy paste, if i failed to meet some requirement, or need to redo something, just note me. 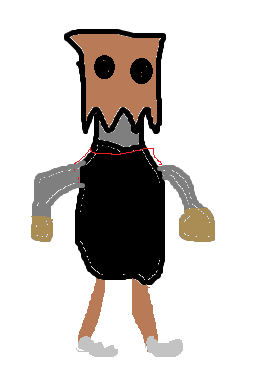 I made a trashy set, he has paper bag on his head and he wears a trash bag and his leggings are toilet paper rolls