While the Title messages on the Desktop/PC version are a minor feature and go pretty much unnoticed by most players, I feel like it would be a cool little thing to have on Mobile (and it would bring mobile one more teensy-tiny step towards the equivalency with PC that DR Studios is going for) to have the Title messages displayed on the iOS Mobile version of Terraria. 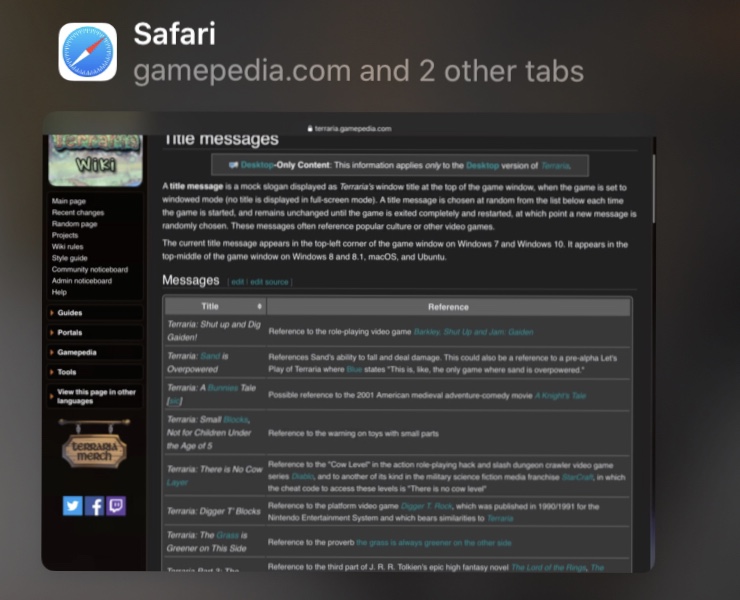 If possible, this suggestion would see Terraria for iOS get Title messages like "Sand is overpowered" displayed in this text area: 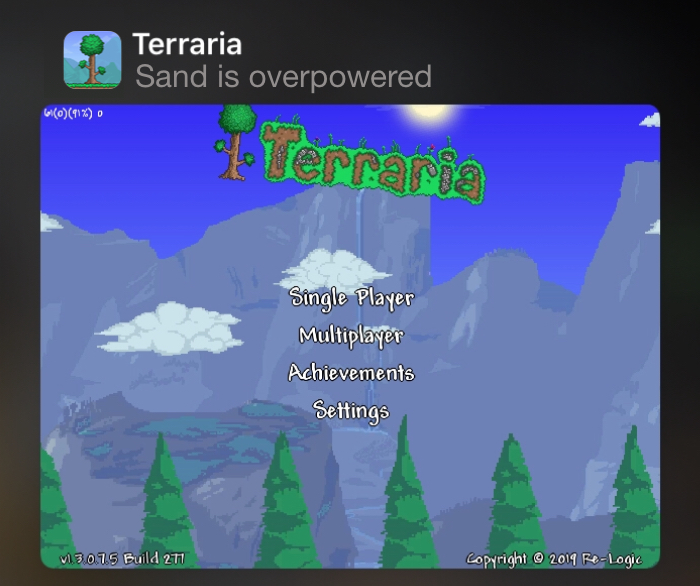 That's about it! Hope you guys liked my small suggestion, and feel free to leave feedback in the comments below!
Last edited: Nov 3, 2019

Quick bump, edited a couple things and fixed the images not showing up

Mmm I love this. You might have to make some of them shorter though.

Omega Derpling said:
Mmm I love this. You might have to make some of them shorter though.
Click to expand...