Didn't see a thread for this so I decided to create one myself. Also, hopefully I've posted this in the right place since I wasn't entirely sure whether or not to put this in the Other Games or Media category. The prefix was something that I'm not too certain about either, since Bakugan is a game involving marble-like toys as well as featuring TCG elements.


Bakugan are small, marble-like toys created by Spinmaster (and also Sega Toys, although they aren't involved any more) that have magnets inside them, which allow them to unfold into a different "monster" form when rolled over any magnetic surface. More specifically, they're meant to open when rolled over cards known as "gate cards" (for legacy Bakugan) or small, hexagonal cardboard chips called Bakucores (for the reboot). Bakugan come in a variety of different colours that are correspondent to the six Bakugan attributes:

In the reboot for Bakugan, attributes were renamed to factions and Subterra was removed. The properties of earth are now merged with Ventus, and a new faction known as Aurelus (whose Bakugan are gold in colour) was added in to replace Subterra.

All of these are aspects of the Bakugan card game, which involves rolling a Bakugan over a magnetic Gate Card/Bakucore and modifying their respective power levels with the bonuses on said cards, as well as non-magnetic ability cards, to see who is the victor.

Here is a Bakugan from the original series, Bakugan Battle Brawlers: 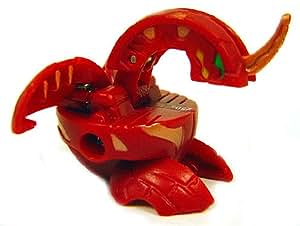 As well as one from the reboot that launched in December 2018, Bakugan Battle Planet:

The toys were based upon an anime by the same name: Bakugan Battle Brawlers, which ran for four seasons from 2007-2012.

The anime and toy line were rebooted by Spinmaster under the name of Bakugan Battle Planet, so I figured now would be a good time to create a thread about it! 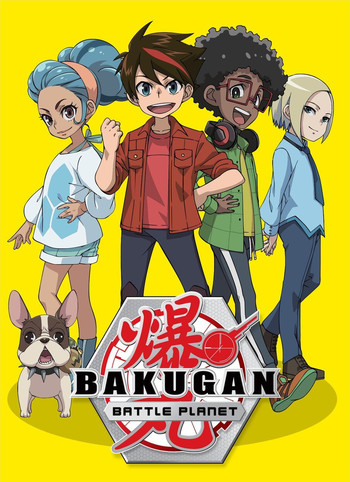