Is this just turning into a

I'm also working on my own mask atm. xD
But it's

and made of cardboard, I'm buying a blank plastic mask soon though.

Sivath said:
Is this just turning into a

I'm also working on my own mask atm. xD
But it's

and made of cardboard, I'm buying a blank plastic mask soon though.
Click to expand...

(Who wants to see a few drawings of Hollywood Undead I made over the past few days?)

(Who wants to see a few drawings of Hollywood Undead I made over the past few days?)
Click to expand...

Sivath said:
(Who wants to see a few drawings of Hollywood Undead I made over the past few days?)
Click to expand... 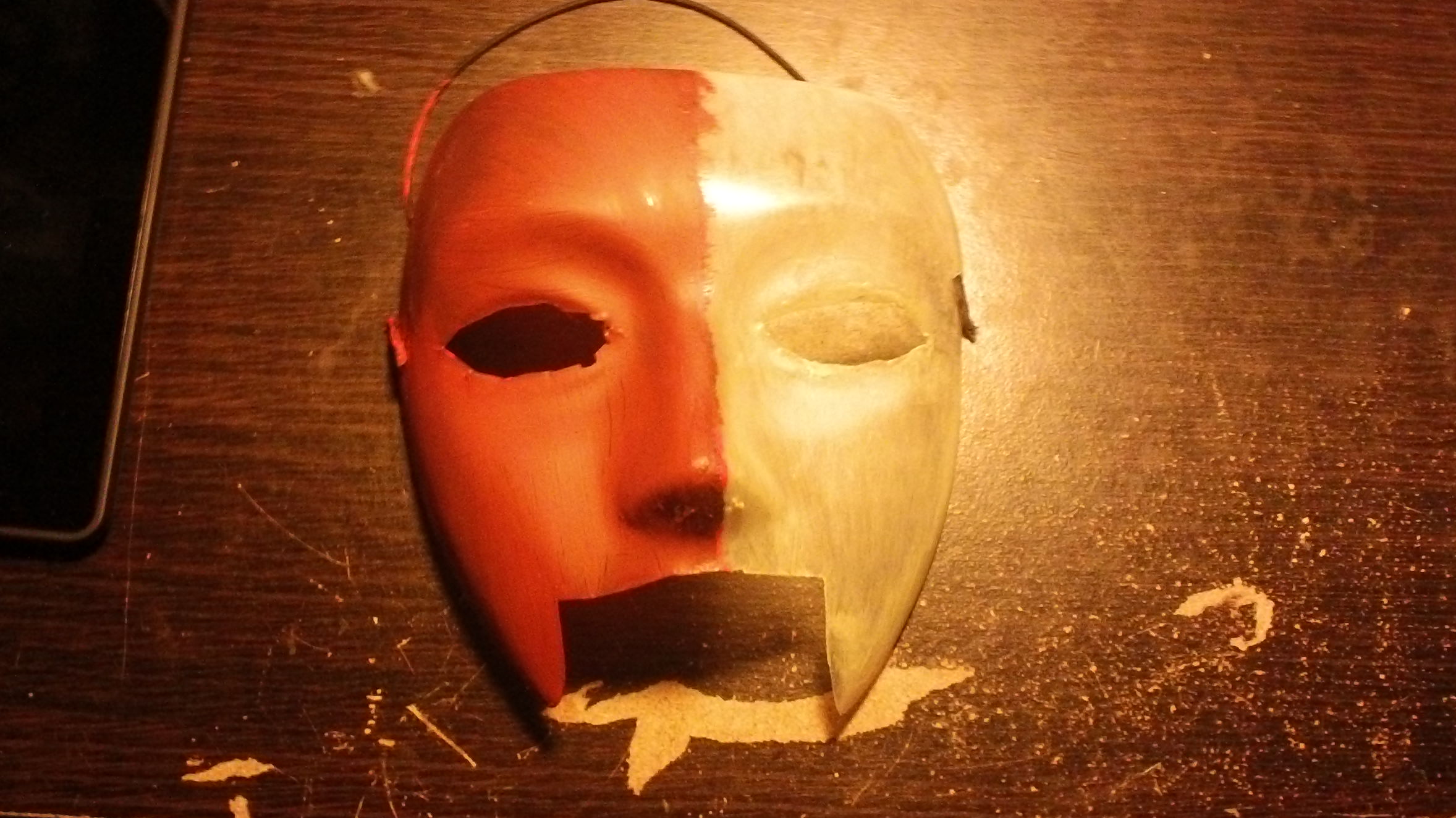 A somewhat early model of my mask. "What is so special about this mask?" you ask... well... 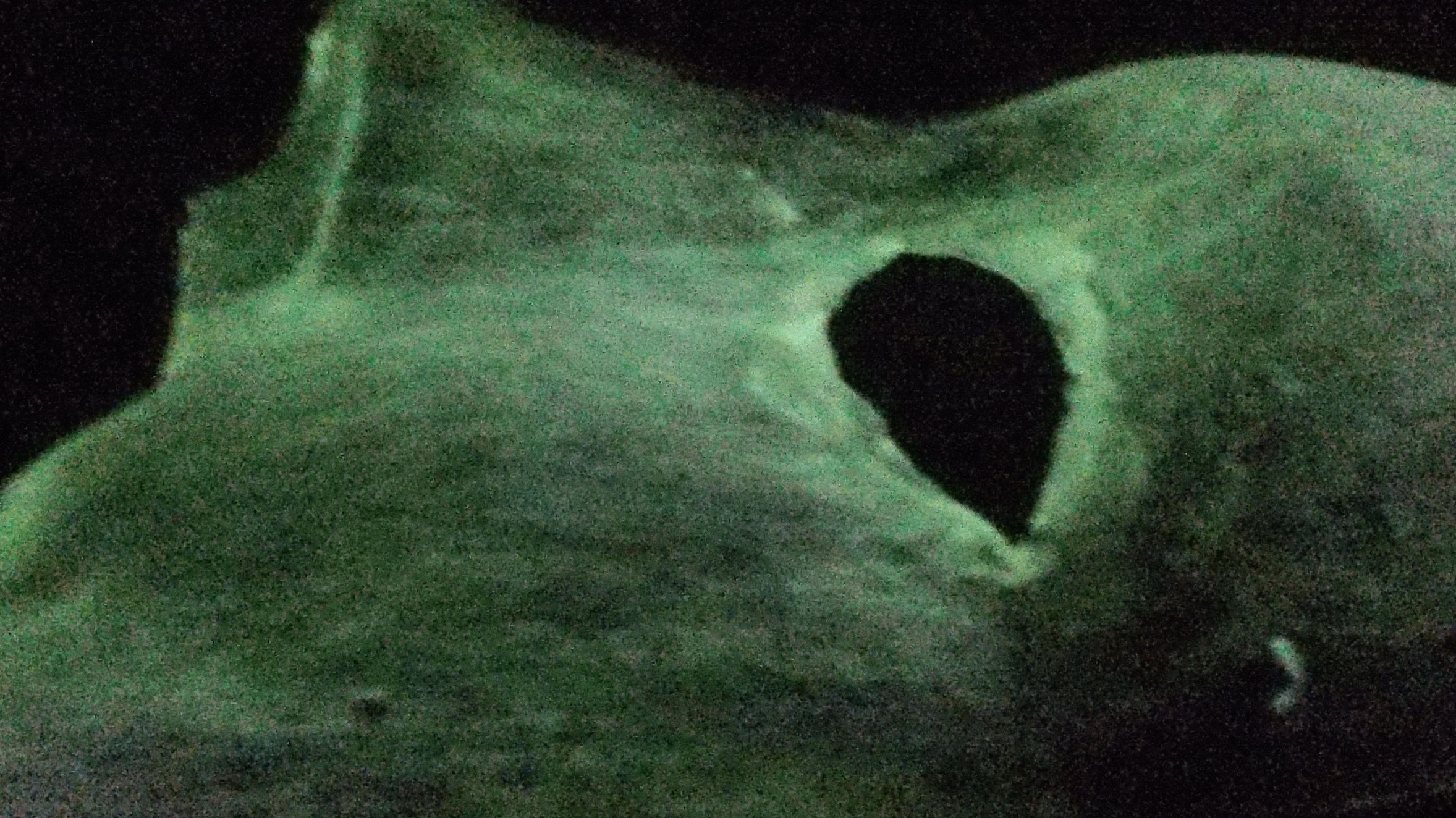 This image is what is so special... now granted, my camera isn't very good so it doesn't really capture the glow too well. But it does get it.
Last edited: Mar 19, 2015

Hollywood Undead "Day of the Dead" ALBUM REVIEW BY SIVATH!
(First off this was directly taken from my comment on this video.)

Let me start this off with this... I'm not going to entirely defend Hollywood Undead in this comment, though granted I am a huge fan of them.

I'm going to give you the list of songs, what I rate them, and why I rated them as such.

So lets start off with the track that started it all, Day of the Dead.

Now with Usual Suspects, that is a whole other story...
It starts off as a techno-dubstep song with the words I think I lost my mind in some sort of robot voice which I didn't really like. Then I listened to the whole song and instantly fell in love. The only thing I didn't like was (I'm not sure if this is for everyone but) the instruments seem to overpower the lyrics at certain points. So I give this song a 9/10

Gravity was probably my 3rd favorite song on the album. Funny Man's verses (Yes, they are both actually Funny's.) were awesome, and the chorus is hard NOT to sing along with. Gravity is going to have to be a 9.7/10.

How We Roll is my 2nd favorite on the track. I like how Jdog and Funny or Johnny and Charlie play off of each others verses. The chorus could have been louder though. How We Roll is a 9.9/10.

Live Forever... was good, to say the least. It wasn't bad by any means, but it wasn't in my top 3, or my top 5 as a matter of fact. I liked the chorus... a lot... like... A LOT. I also really liked the tune that goes with the song... that was really good. But that's about it honestly. Johnny's verse was ok, but it didn't seem to fit... I feel JDog could've done that one as well and this song would be a much higher rating. Also I did not really like Funny's part near the end, so that set it down a bit too. Final rating would probably be a 5.9/10.

Disease... oh lord, the name alone sounds awesome... but does that make the song awesome? No. No it doesn't. It makes it build up false anticipation, if anything. Though this song has gotten a lot of hate, I feel I am one of the few to actually like it. I loved Charlie's verse at the beginning. I like the chorus... but I feel, the same as How We Roll, it could've been louder. JDog's verse in the middle was also really great. I feel Johnny's Forget what you are, forget what you blah blah blah could've been replaced by Funny Man though... Disease would probably be a grand total of a 8/10.

Dark Places... oh how I was expecting more from you. The chorus is good enough but the beginning of the song itself seemed too... unHollywoodUndead-y. I liked JDog's verse at the beginning but I have to agree with ARTV on this one, the word '

got' seems way too below Hollywood Undead, yet they used it in this song anyways. I'm not going to let this one word

the entire song over though, so I just ignored it. Charlie's verse was the real strong spot on this track. It was honestly, more funny than not. It also seems like something Eminem would say. Dark Places would probably be a 7/10.

Save Me was good... but not good enough to be in my top 5. The chorus wasn't too good in my opinion, but it does work, so I won't dock any points on that. I loved Johnny's verse in this one, but it didn't seem to be like the normal Johnny, not that that is a bad thing in any way, but still. The music was, in my opinion, (once again) too overpowering on the lyrics. Save Me would have to be a solid 5/10.

Let Go starts off with a bit of what seems like, guitar, then turns into I don't even

ing know... (which is awesome.) Jdog's verse was definitely fitting teamed up with Da Kurlzz at points. Johnny's verse was good. The chorus was dead on fitting with the song itself. I can't personally think of any "bad" parts of the song. I really did like the song, but it still isn't my favorite. Let Go would probably be a 9/10.

Party By Myself wasn't all too good to be honest. I didn't like the chorus, I did though "like" Funny's verse. Charlie's verse was

ing amazing though. Those were the only really good parts though, which means this song is going to get a solid 5/10 as well.

Take Me Home... I don't really know what to say about this one other than, damn this song is good. Still not my favorite though. I loved the chorus, but there wasn't any true verses other than Danny's verse at the end-ish of the song, which I did like, but didn't like that there was no raps or anything but that and the chorus and Charlies occasional "These angels burn with, blah blah blah..." I'm going to give Take me home a 9/10.

I'll be there was a really, REALLY damn good song. (This is my favorite one.) It actually reminds me of Coming Back Down (Which, I'm not afraid to admit, does occasionally make me cry) which is really good, because I like Coming Back Down. I don't know the entire reason for this song, and I truly don't give 2

s, but I think it sounds like a love song or a song about losing somebody. If this is (in)correct let me know. Personally, I think this is my favorite song out of ALL of their songs, not just my favorite out of this album. This song gets a Seal of A-

Guzzle, Guzzle was probably the best, worst song. I say that because I don't necessarily love the song, but I don't hate it. It is a perfect Funny Man song. I don't know what else to say about this song except for the fact that the chorus wasn't very good. Danny's part was really good aswell. Guzzle, Guzzle would get a 6/10.

War Child would be good, except for the fact that after the choruses sometimes there is the I'm like, I'm like, I'm like part, I don't like that part of the song too much... but that is really the only negative part in the song. I do understand this is a party-style song like Gangsta Sexy as you mentioned, but I like that, I think it fits with that style, and I think, the next party I go to/host I will be playing this song. Hah. This song will probably be getting a 8.5/10.

Now, granted I never pre-ordered the album, I cannot give my opinions on the bonus tracks such as Sing and Ghost. I'm just going to wait until the songs are on youtube.

The entire album would probably get a grand total of...

If you actually read this entire review of the album from MY point of view... I must give you my fullest congratulations, and I hope you can agree with me and also give me your opinions on all the songs. (Not just ARTV, but anyone reading this.)