s​
♦ Poisonous Swamp (Mini Jungle Biome)
---
• Scenary Items
♦ Shipwreck: can be found on the bottom of the ocean.
♦ Tower of the Magician can be found in the Rocks Biome

• Bosses:
♦ Kraken: (HM) Requires to be Equipped with the Pirate Ship mount and Throw a Special Net, can only be faced by remaining on the Ship mount.
♦ Mountain Bear (PHM): Can be found in the Rocks Biome.
---
• Mobs
-Orcas in the Ocean
-Sea-serpent
---
• Items
♦ Cellphone Upgrade: With Bestiary
♦ Bucket of Poison
♦ Poison Bottle
♦ Celestial Lamp: (+10 Defense, 0.1 HP regen)
Requires: 4 Altar Towers of Special Towers
--
• Reforje
♦ Accessory packs can reach up to + 10% (exe: 10% Damage)
♦ Reinforcements Can Be Applied in Armor (PLEEEEAAASE)
---
• NPC
♦ Trap Master: Sell Darts Traps, Arrows, Fire Bears Traps (Upgrade when kills bosses)
♦ Builder: Sells Expensive and Beautiful Items for Construction.
(Exe: Huge Fountains, Gates with Chains, Statues of Chiefs), ABSURDELY FACES! Exe: 30 Platines, 50 Platines, 100 Platines.
Note: Elements that trap you in the game and that make you able to show your wealth on a server.
Expensive Items, Can be a great idea to arrest the player in the game.
The player will be forced to make money estates to increase his fortune.
When playing with friends, we like to have unique items, this NPC would be a good choice to show the level of fortune with friends.
♦ Safari Man: Cell Salesman, and zoo scenery items.
With these items on sale, we could put wild animals on the map.
(Bears, Lions, Ounces, Elephants, Giraffes) that can only be captured with any item that this npc sells.
Quest to Liberate Pet animals, Exe: Quest for Capture Lion, Reward: Little Pet lion.
♦ Crazy man: Vend items that resemble amusement park, (Inspired by amusement parks)
Custom Minecarts
Custom Minecart rails.
Ramps
Trampolines
Inflatable Toys
---
• Events
♦ Machine Invasion
With this Event the Enemies of the machine type will begin to appear.
This event can bring many improvements in relation to technology to the game.
And the main reward is being able to make a Personal android, which can be a male or female android.
You can open the android and equip items to customize your android, and it will follow the character just like a pet.
Notes: - The android can not attack however the android can be equipped with 1 heart and 3 chips.
The heart of android Shows a visual effect on it.
The chips cause a Buff on the hero. Example:
-Chip of Speed 1% of speed of movement
-Chip Attack: 1% Attack Damage
-Chip Solar (Rare): It ignites the magical and physical attacks
-Chip of the Angel (Legend): heals with 1 HP each attack.
Chips can not be refurbished!

♦Zombie Invasion
Pre-Hardmode event, a zombie invasion with a notch inferior difficulty to bloodmoon, a great opportunity to drop a very weak and very slow Summon staff, It would leave the game Very fun, and would not unbalance the difficulty.

♦Wild Animals Invasion (Pacific Event)
With this event the Wild animals appear,
and you can fulfill the missions of the Safari man.
This event can be called by an item for sale by this same npc.
Last edited: Nov 9, 2018

I think that is the biggest suggestion I've ever seen

You're keeping a goldfish in an aquarium here. Let's take apart the bottom suggestion (mech invasion) as an example. 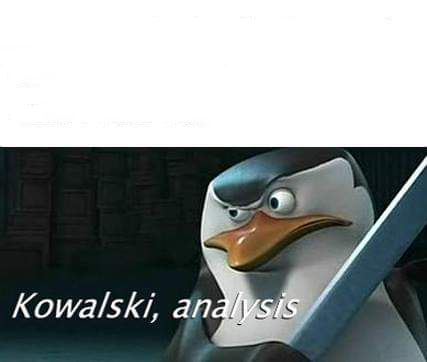 This event could have some history connected with the Mechanical Bosses.
It would explain a little where, Skeleton prime, Destroyer and the Twins came. =)

1. How do you call the event?
After MoonLord, you will need to make the Nebula Armor to enter the Mechanic Ship, I think We could build the event item in a similar way to the goblin event. example: (25 Gears + Mechanical Arm)
2. What do enemies generate, how much damage do they cause?
It would be cool to have a higher difficulty than the events of the Cultist (Heavenly Pillars), I think Enemies would be these for example: Some mechanical cobra, Spiders and nanobots, Space patrollers like robocop haha ", we could have references of films with these thematic technologies (Transformers and Terminator is a good example)
3. What do they loose?
I believe this event is geared towards Android items, so it would be cool to have the pieces that build the chips, hearts and even rare chips.
I think it would be cool a large variety of chips.
We could also have the clothes of android, pet robberies and As usual, weapons, invocations, all aimed at the universe of machines / steampunker.

4. Where does someone get the android?
To get a simpler system (easier to put into the game) I think the raids could knock: Head. trunk, legs of arms. (4 Parts), After that we could build a Robotic station (Craft station) to create a Male or Female Aondroid.
5. Where does someone get the chips?
As I said above, with the mobs of the Event itself.
I think it would be nice to interconnect Items. example:
Heart Flashlight + Chip Empty Tier 3 + Wire = Chip hp Regeneration tier
6. Are you health limited?
Yes, Androids are similar to Light Pets.
They do not make a significant difference to killing enemies, only with the chip buffs.
-
I just thought of a very simple pre-Hardmode event, which surprised me like I had not thought of before.
The first most hostile enemy of the terrarium is the zombie, I believe that a zombie invasion with a difficulty not inferior to the bloodmoon would be pretty cool.
I'll post it on the post so we can discuss it later. = D
You must log in or register to reply here.
Share:
Facebook Twitter Reddit Pinterest Tumblr WhatsApp Email Share Link
Top Bottom