After doing a bit of research with this issue I couldn't exactly find any particular way to fix it.

My problem seems to be that when I play Terraria anymore that I have these strange micro stutters here and there. I thought these were mostly just random at first, but after a friend tried to help me diagnose the problem, it seems that it mostly happens when any kind of enemy spawns and it happens sometimes when they die as well.

As far as the actual micro stutter I would describe it as the screen just freezes for just a second. Then things are okay until another enemy I haven't seen yet spawns in.

It's not every time an enemy spawns in, but that's just when I notice it the most.

I've done quite a bit of the troubleshooting recommended by other posters such as:
-Having Frame Skip: on, off and subtle
-Completely uninstalling Terraria
-Turning Backgrounds off
-Turning Multicore lighting on and off
-Opening Task Manager and setting priority to: Above Normal, High and Realtime
-Setting the affinity to all different kinds of combinations within Task Manager
-Opening the Nvidia Control Panel and manually selecting each option
-Having Google Chrome closed when playing
-Running Terraria as administrator
-Playing without a headset connected
-Updating drivers

Though, when I had an older headset that I got rid of, it would cause the entire computer to freeze, which I didn't know that at the time, but it makes me wonder if my audio drivers are whats causing the issue? I know it seems weird but you never know with these things. I would also say this started happening a little bit into 2018, but I stopped playing Terraria for a while.

Not sure how much this helps, but just a little info on what I'm working with.

Staff member
Administrator
I'll go through this more in depth in the morning, but could I get you to click "save all information" from that screenshot? Then upload the dxdiag to a file sharing site so I can take a look at it.

I know I solved an issue like this in the past.. but it escapes me at the moment. I'll need to go back through my case history, as well as look through my notes.

One more thing I would like from you that the dxdiag won't give me is your motherboard info. Could you download and run CPU-Z and screenshot the mainboard tab?

With the enemy spawning lead you investigated, does that mean you can purposely trigger it by spawning an enemy by hooking a monster statue to a switch?
Last edited: Feb 14, 2019

Thanks for the taking the time to reply to my issue.

Here is the screenshot: 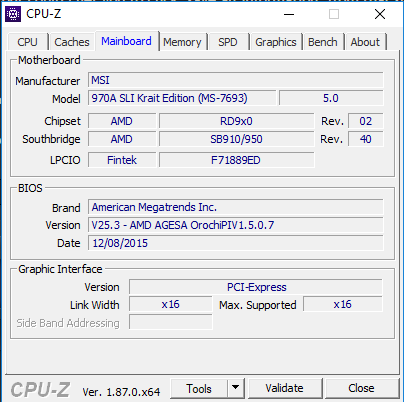 After messing with some stuff on Terraria it seems like its not just enemy spawns. I used some different summoning items and that caused it to happen here and there.
I also tried summoning a boss (golem) and it happened there too.
I don't want to say moving into different biomes does it too, but it seemed like that was also causing it. After loading a new world and moving around on it I was doing okay, so maybe its not this.
I tried summoning the money trough and it caused the stutter as well.
I used a bunch of weapons and the only ones that caused it were the butchers chainsaw and the portal gun.

It seems like when the stutter happens, other things don't cause it to happen for a few seconds. But its inconsistent, I know thats not exactly what I said in the OP, though it definitely happens when things are spawned.

I tried spawning an enemy with the statue. I only had 1 at the time which was the granite golem and it didn't cause the stutter. I'll look more into that.

Staff member
Administrator
Got another question for you, from what I can see in your DXDiag you are using TModLoader, a modded version of Terraria. Does the same thing happen in the vanilla version?

Yeah sorry. All the testing I was doing was in vanilla just to make sure it wasn't any of my mods.

Staff member
Administrator
Okay I found the thread I needed. This is a similar case.

So, to see if it's the same thing we are going to completely uninstall your audio drivers. All of them. This can be done through the Control Panel. Search "Realtek" in the search bar and you should see the driver come up. After uninstalling the driver you should lose all audio.

You will probably need to uninstall the NVidia HD Audio as well using the device manager. To do this press Windows+R and type "dvmgmt.msc" without the quotes and press enter. Click the arrow next to the "Sound, Video, and Game Controllers" section and click on "NVidia HD Audio". Then click on the red "X" at the top. When moused over it should say uninstall.

Once that is done test again to see if you get micro-stutters. Then regardless of the result let's install the latest version of your audio drivers.

Okay I uninstalled all the audio drivers and tried it and still got stuttering.

Then I installed the new audio driver and sadly I still got stuttering.

I don't know if its worth mentioning, but Terraria normally takes up to a full minute to load. Not sure if that helps with any info or not.
Last edited: Feb 14, 2019

Staff member
Administrator
Is that statistic realistic? Terraria it takes a full minute to load? If so, I want to test the speed of your HDD and see what kind of stress it's under. Download an run this utility.

Once it's installed you can use the default settings, 1 GB 5 passes that's all fine.

Just click the "ALL" button to start the test. After it's finished with all sides for all passes screenshot the result. The upload it somewhere where I can see it.

SSD on the left HDD on the right

Where is Terraria installed? I assume on your D: drive correct? Got a question, if you temporarily install it on your C: drive do you see any improvement? Lemme know if you need to be walked through how to install one particular steam game to a specific drive separate from your regular library.

I had Terraria installed on my D: drive initially, so I moved it over to the C: drive to try and help with the loading, but it didn't seem to work.
After I saw it didn't work, I completely deleted everything Terraria related, and then reinstalled onto the C: drive. After it still took a minute to load I just kinda got over it, then went back into searching for solutions into the stuttering.

Staff member
Administrator
Alright let's check out your hardware resources next. See what's being used up where.

Launch Terraria then press ctrl+shift+esc. Expand the task manager window so as much information is visible.The four I'm interested in are: CPU, Disk, Memory, and GPU. Take a screenshot of this, and upload it so I can view it.

I just noticed something a bit peculiar in your diag. Some memory leak warnings and a failure of memory diagnostics.

Have you ever performed a Memory Test? I'd like you to do one then inform me about the results.

Here is a guide on doing it. Keep in mind it will take awhile. Do a standard test about 10 passes or so. Your PC will not be usable while it does this. Most people just do it overnight while they sleep.
Last edited: Feb 15, 2019 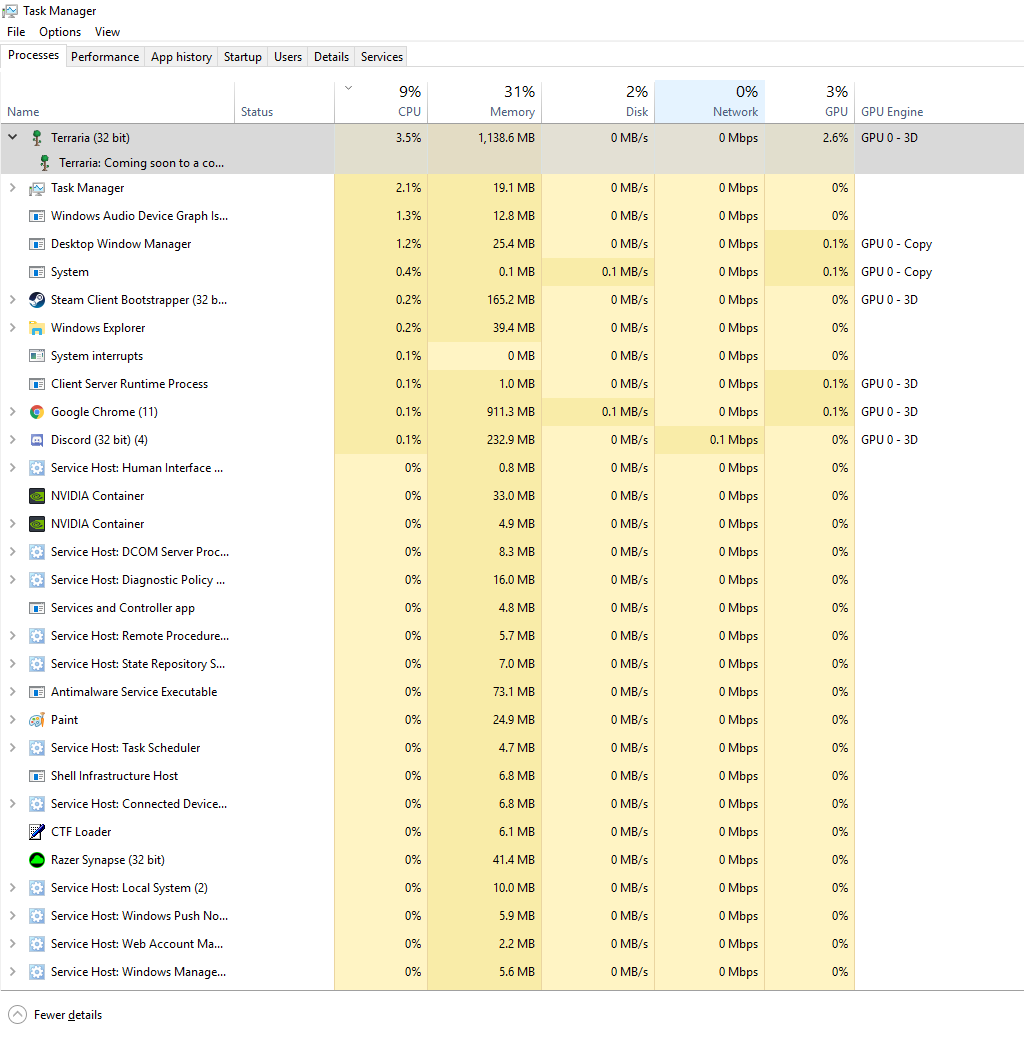 Staff member
Administrator
No leads there, so I guess we'll stay on the memory leak trail and see where that ends up. Check my edited post above in case you missed my edit.

Oh okay, Yeah I'll do that as I leave for work in a couple of hours, so I'll post results when I get home.

Staff member
Administrator
No problem and no rush. Just keep in mind it isn't unusual for the test to take several hours all of which your PC is unusable for. Hopefully we get conclusive results.

@Grumpy Squid
Okay well, I tried running the memory test twice, but both times it would freeze on pass 8, 19% in at 71% total completion
Should I have fewer passes? Or should we try something else?

Staff member
Administrator
Not to worry, that's a Microsoft "issue". It's been in Windows Memory Diagnostics for a long time and I don't know that they are ever going to fix it. It isn't actually frozen or broken. The display of the percentage and passes, the output, is temporarily non-functional. The test itself is still functional, or at least should be. That's why most people perform it over night and allow the test to take up as much time as it needs, once it finishes the test it puts the result in the event viewer for later viewing.

Most likely it will appear to be frozen until the test it completes. However, if you do not trust Windows Memory Diagnostic to get the job done or you actually believe it to be frozen we can use something call MemTest86. Here's more information om MemTest86 so you can decide how to proceed. Please keep in mind if you choose to go the MemTest86 route you will need a small flash drive that you don't plan on using for much else besides MemTest.

Alrighty, I ran the memtest and it came back looking alright. 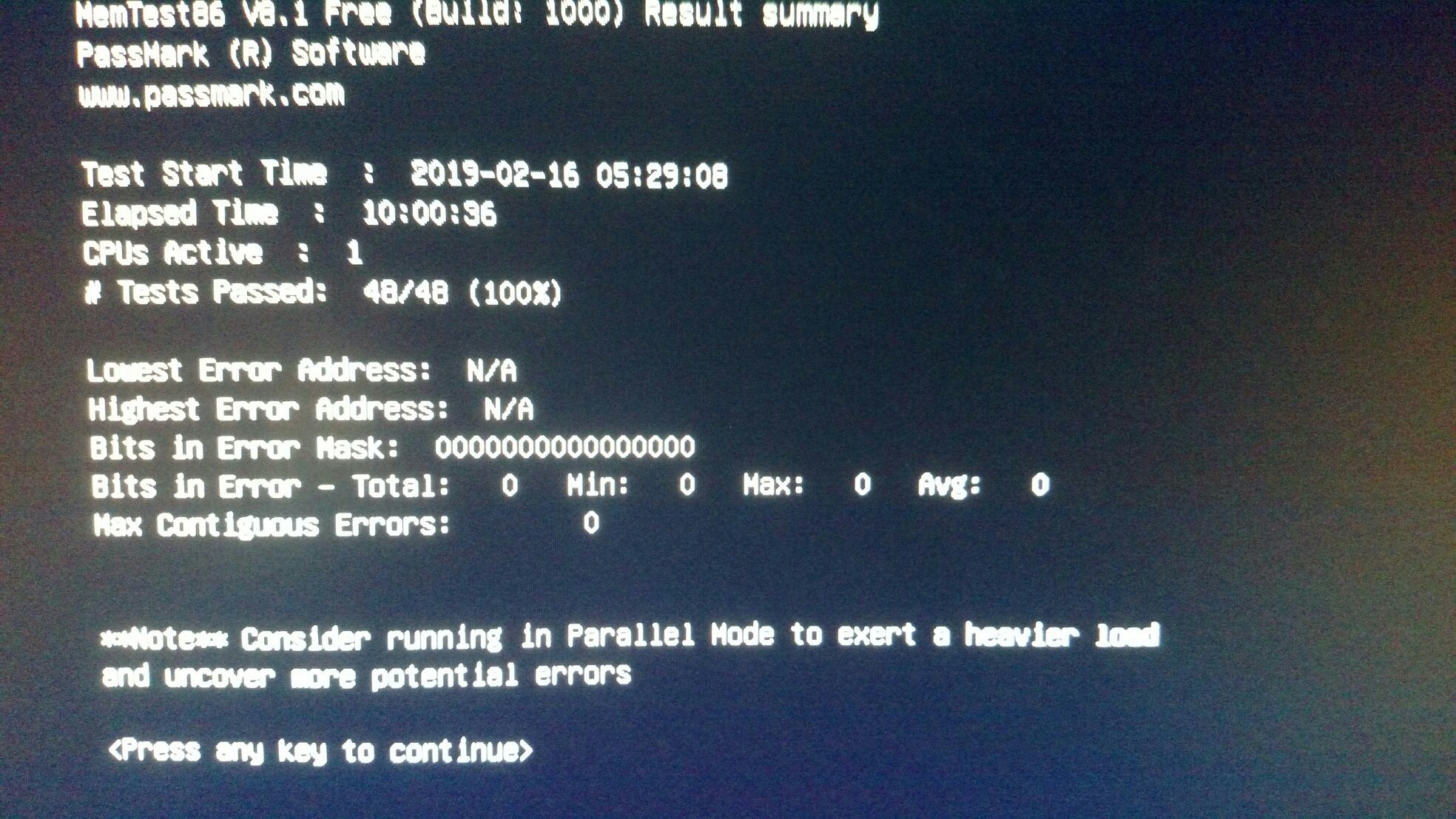 Staff member
Administrator
Two more questions, are you running two Graphics Cards in SLI or just one. If I read your DXDiag correctly you're just running one. Just wanted to verify that. If so, then there doesn't appear to be any hardware reason why this stuttering might occur.

Let's try this, could you press Windows+R and type "winver" without the quotes and then screenshot it?