[THIS MOD IS ABANDONED, IT WILL NOT BE UPDATED. WORKING ON A NEW ONE, PLEASE REFER TO DISCORD CHANNEL] 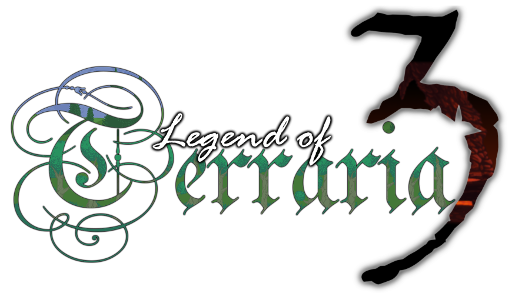 Hello everyone. My name is Sapharan. I'm interested in games, legends and mythologies, books, movies and some other stuff. But in games i love what's inside them. How they work. So i try this and that. I was playing with japanese RPG Maker. And i happend to get my hands on Minecraft. Then i fell in love with sandbox games. But, on the horizon appeared something better. Since i'm big fan of non-linear, adventure games and metroidvanias, this was like my dream come true. Terraria. And later, tConfig (Surfpup, you're the man, and now, there is even a team of developers for tConfig). So, i began to mess with tConfig. And these are my results. tConfig? Oh that's sooo 1.1. then there was tAPI age. I was a right hand of Zoodledec then, and we worked on Necropolis for a long time. And now since 1.3 happened, tAPI got "cancelled". I was looking for new way of making mods, and it appeared. tModloader. Anyways, let's get to the point. This mod focuses on content for now, but it will include some new mechanics. Main focus is on adding more monstrosities to attack you. You can find wide variety of monsters, some items that go along with them. I will update this mod frequently with more creatures to kill, and in future add some npcs, more items, and new mechanics. Who knows, maybe i will be able to include minibiomes.. But no promises! Also, if it weren't for some people, i would have never done this.

(i stole it from you Shockah, sorry (atleast i'm honest))​
You can do anything you want with these mods, other than:

CONTENT
This mod contains many monsters inspired by mythologies, legends, and also games such as Castlevania series and Gothic series. Currently there are about 150+ monsters.
Some mobs drop rare items such as accesories, materials and even armor sets. These are my own creations and also inspired by Castlevania series. Currently there are about 220+ items.
Aside from the content there are little things added to this mod:
-Cross-content: As of now the only cross content featured in this mod is with Thorium mod and GRealm. There are few items added, few new recipes and few new mobs.

CONTENT
Second mod that is available here, called Lucky Finish, features new mechanics.
-Lucky Finish: Some may be familiar with it. For those who don't know it, i created for tConfig and tAPI small mod, that was only this mechanic. Every time you kill a monster, there is a chance for that monster to drop double, quintuple, x20 or even x100 amount of gold. Ofcourse, the larger the multiplier, the more rare chance it happens, x100 being extremely rare. But this time Lucky Finish comes with a twist,
-Luck System. The more luck player has, the better chance for lucky finish to happen. Each player can increase permanently their luck up to 20. But there are also items and a potion that can boost the stat even further. To picture the difference, with starting luck wich is 1 normal Lucky Finish (money x2) happens at 1.11% chance with each monster killed, but when you have 20 luck, the chance is increased to 22%. Ofcourse, bigger multipliers chance do not rise that quickly. For the Giant Lucky Finish (x100) the diffrence is minimal. For now luck only affects lucky finish. Unfortunatly because of how Terraria is written, i cannot use it to increase chance of dropping items, atleast vanilla ones. But i will find other uses. Oh and if you want to permanently increase your luck.. try rare monsters. There is probably some cross content when both are loaded.. Shhh.. it's a secret.. Good luck
-Luck System will also slightly increase critical strike chance (every 10 points will give 1% extra).

- Re-Logic
- tModloader team (@bluemagic123, @jopojelly, @Chicken Bones, @Itamar, @Jeckel)
- Sapharan - guess why
- @Zero-Exodus - He helped me get into tModloader, always helps when i ask, Thank you! (also his sprites)
- @DivermanSam - Because he helps me alot too. And because Thorium is dope.
- @Zoodletec - Because he let me use some of his sprites, after edditing. And because i feel like it.
- @GroxTheGreat - For allowing me use of his code and sprites from GRealm (tAPI). And because he is Grox the Great
- @Omnir - For alowing me to use edited versions of his sprites, and because he is cool.
- @berberborscing - For alowing me to use his flying book sprite.
- @Coldshot Boostar - For drawing Ram sprite for me.
- @J-50N - For drawing Medusa Staff sprite for me.
- @Pinelord - For drawing Wood Golem sprite for me.
- Tremor Team for orc sprite as a base for Gorc's
-@Flashkirby99 - Helps me alot, and helped me fix Lucky Finish, thank you!

If any of you want to make any suggestion, feel free, you are very welcome, but consider that i will not take every suggestion. Suggestion must be specific, and it should contain much information.

Some advice:
In the introduction, you should probably focus more about what the mod has to offer, not your touching life story about how you started making this mod.
You should also include images of some stuff in the game to kind of showcase them, so that people would at least know what will this mod add to their game.

Dear Ice Cube. No offense, that is not my first rodeo, I will include more details later this evening (well, my evening). I just had little time and thrown it here. It will be more detailed, i just have to make nice images. But thanks for the advice anyway.

If I would've wanted to make a thread about a mod, I would've at least found some free time to prepare stuff like screenshots and a normal mod description instead of just leaving the OP in a sort of empty state until I have more time to edit it.
Just saying :p

The Ice Cube is being a little harsh, but they're right. Your mob browser entry doesn't even have a link to this thread. I had to do a search just to find it, only for there to be no information on the content of the mod whatsoever, other than in the absolute vaguest of terms. I and many others aren't willing to take a chance on unknown content, so this gives us absolutely zero incentive to download.

If this is "not [your] first rodeo", then you should know better than to release a mod without even the most basic of information available.

Most people who have been involved in playing terraria mods for more than just the past year would probably know who Sapharan is and respect him and his work, the mere mention of his name is enough for me to recognize what "might" be coming back to the table

Dshannon said:
Most people who have been involved in playing terraria mods for more than just the past year would probably know who Sapharan is and respect him and his work, the mere mention of his name is enough for me to recognize what "might" be coming back to the table
Click to expand...

So you are saying people who didn't play Terraria that long don't deserve to know anything about the mod until they start playing it?

Dshannon said:
Playing the mod is an awesome way to find out what it has, rather than having "spoilers" before you even hit the dowload button
Click to expand...

I'm not saying he needs to list all the items in the mod and all the features. There should at least be a basic description of what the mod is about and a few in-game screenshots. Take games on Steam, for example. All of them have a basic description on their store page, and videos or screenshots. You aren't being told something like "oh you wanna know what are you downloading well too bad you will have to find out yourself".

Guys.. Please. That is not why i created this thread. I will add more info later this day. Sometimes something happens suddenly and that something happend to me so be patient. Thank you.

Sapharan said:
I will add more info later this day.
Click to expand...

Again, as I said, if I were to make a mod thread, I would've found the time to prepare the things for the thread instead of just posting it and then editing it later with all the content.
It just seems logical.

Well there's no use now, he's obviously not here

I dig this mod regardless. I saw "adds creatures" and was basically sold, even though half the monsters I've seen so far come in one of two varieties; slimes and golems. Golems seem to me, more than anything, just a way to get certain resources renewably, and the slimes often have some debuff they inflict on you to make life tougher. There's a tar slime that inflicts a tarred debuff, which is Slowed but 10 times worse and it got my

killed in the underground jungle, cause a turtle jumped at me.

ok so here's something i'd like to know:
why do merman shot fire balls?
why not water bolts?

I made a little update to OP, added two images that tease the content that the mod offers. I don't really want to spoil everything, because that takes away fun, so that's why i'm taking this aproach. Also i fixed a little bug. Those sludges should've spawned only in hardmode, now they do. Also i added the link to this thread in Mod Browser description.
I hope this things will make someone a little.. warmer..


CO☼☼UP❄☜ R⚐M said:
ok so here's something i'd like to know:
why do merman shot fire balls?
why not water bolts?
Click to expand...

Because i feel like it... And the serious anwser is: Merman in castlevania shoot fireballs

Sapharan said:
Because i feel like it... And the serious anwser is: Merman in castlevania shoot fireballs
Click to expand...

oh... i still think it would make more sence (but mod's you'res do whatevr you want i love this mod)

CO☼☼UP❄☜ R⚐M said:
ok so here's something i'd like to know:
why do merman shot fire balls?
why not water bolts?
Click to expand...

Personally, I thought the "because Castlevania" answer was obvious.

Sapharan said:
I made a little update to OP, added two images that tease the content that the mod offers. I don't really want to spoil everything, because that takes away fun, so that's why i'm taking this aproach. Also i fixed a little bug. Those sludges should've spawned only in hardmode, now they do. Also i added the link to this thread in Mod Browser description.
I hope this things will make someone a little.. warmer..

Because i feel like it... And the serious anwser is: Merman in castlevania shoot fireballs
Click to expand...

I see what you did there
I gonna check the mod now.

this mod look amazing! i havent played it yet, but it looks so cool