I'm just a guy who likes games and making stuff.

Location
the primordial void, home to the elementals.

Occupation
Coding, gaming, and dragons. Lots of dragons. Along with some writing.

I am a gaming youtuber who plays a large variety of games. Ordinary Orange and EvanKrusher guessed my favorite boss here and here respectively! 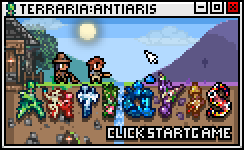 IC - A Shift in Dimensions

OOC - A Shift in Dimensions (OOC)


Orange's post of legend
Name: Nihilego
From: Ultra deep sea
Weapons:
Neurotoxin: Can spray it from her hands to paralyze or poison targets
Body: Is quite literally rock hard
Dress: Can make it very sharp if she wants to
Power gem: Fires lasers everywhere
Description: Appears to be a little girl with white hair and very pale skin, making her appear as if she were some sort of porcelain doll. Her eyes have eight pointed stars in them with milky blue as the color and she wears a large hat.
Personality: Kind of like a 5 year-old's, curious and playful

Name: Xurk
From: Ultra power plant
Weapons:
Hands: Can absorb the power from anything
Shock: Can apply deadly shocks
Thunderstorm: Causes lightning to blast the surrounding area
Electric Field: Electrifies the entire area in a 100 meter radius
Description:
Wears a jacket and has white and messy hair. The jacket has glowing white details on it and his hair also glows while his eyes are an electric blue. Has a rather happy go lucky attitude and likes pranks, but gets serious if he needs to.
Name: Aurora
Credentials: Prince of Light, PR campaigner for the Solar Realms
Humanoid, however also slightly Lihizard
Able to control light and use it to his will, although not to the extent of his brother, Celestium
Unable to use or comprehend Dark Magic.
Equipped with heavy Lihizard armor
Extroverted and helpful
Types like this.

Celestium
Older brother of Aurora
No other info known to me.
Types like this.
Name: The Dark Prince
From a Realm known as the Highest Realm, this mysterious figure has several abilities:
Mastery over a form of dark fire magic, that cannot be put out except for at the caster's command.
Able to summon his weapons from a pocket dimension, eliminating the need to carry them around all the time.
Also able to sense and interact with Realm Strings. Traveling between the Realm he's in at the moment and the hub is available in any Realm, but the scope of this power is increased in his own Realm
Speaking of weapons, here is his preferred one:
Two of a sort of "Arm-Blade", strapped to his forearm, and used for close combat.
As for his description, not much can be said, (Mostly because I'm useless at stuff like this lol. I'll probably edit this after make some crude drawing in paint.net or something.)
and his personality is much the same way. (Again, because I'm useless at this stuff. again, probably just gonna edit this once I think of something.)

As for the text, Here it is!

Name: The Prince of Chaos
This dark being came from the Highest Realm, similar to Dark.
Powers: The ability to summon tentacles from the ground.
The power to absorb the energy of any Realm using said tentacles.
Inter-realm travel.
No known weaknesses
No description
Personality: Cruel, manipulative.

Text: All black.
Name: Ahanior
From: The Rift
Weapons: Spellcasting staff
Abilities:
Flame bolt: A liquid bolt of flame, shot/thrown at the enemy

Water Burst: A blast of pressurized water, able to knock back enemies

Earth Mover: A powerful shockwave, able to move the earth, as the name implies

Air Burst: A blast of pressurized air, also able to knock back enemies

Darkness: A circle of magical darkness, all non-Truesight creatures cannot see through it

Personality: " The laws of man can change human's perspectives. what makes you think the laws of nature are any different?"

Comes from: (Rune) can't remember
Powers:
Can draw runes (Paralysis, fire, life, etc.) and they will have effects depending on the rune drawn, sometimes what the runes are drawn on also alters their effects. (For instance, normally a fire rune drawn on, say, a wall, would work like a flame trap, but if Rune were to draw it on themselves it would instead let Rune temporarily use fire based abilities/grant immunity to fire.)
Can understand any runic language.
Immune to any and all mind control.
Weaknesses:
Secret insta-kill weakness
Items of note:
Gold mask: Mask made of pure gold, cannot be damaged. (Not even by time, in the way of visible damage, also literally the easiest thing to clean ever.)

Art by UltiDaniel
Comes from: Unspecified
Powers:
Species passive (hydra): You know what happens when try to cut off a hydra's head? Well, she's no exception. (Also applies to anything else that would effectively end up with the body having one less functional head.)
Acid spit: Her left head(s) can spit out acid.
Sound blast: Middle head(s) can shoot out blasts of sound. (Can deafen, does not need to be heard in order to hit.)
Frost breath: And this one's on the right.
Multicognition: Each head, in a way, has its own mind (processing that head's sensory information), which they are all then connected by one more which is truly in control as well as having personality and memories. The true mind cannot be accessed for control or mind-reading before all heads are under the effect.
Weaknesses:
Multicognitive dissonance: Can be confused if separate heads receive conflicting information where the true information isn't easily verifiable to her. (Assuming there even is true information there.)
Items of note:
None currently (Update list according to notable items in her possession.)

Talks like this.
Name: Noah Dewstone
Comes from: unknown.
Species: Human
Age: 20
Preferred weapons: two swords, though he has a pistol for ranged combat.
Abilities: Can use his cape to teleport.
Appearance: View attachment 269437
Personality: Very quiet, doesn't immediately trust people.
Talks like this.
Name: Obsidian
Gender: Male
Age: 25 (or so)
Appearance
Species: Terrarian/Human
Personality: A bit of a regular warrior, easy to trick/prank as he takes things seriously but upon finding out, he will threaten to stab you with the blood butcherer, Obsidian
other than that has a calm personality and mostly cares of the corruption more than hallow and crimson except that he is sometimes aggressive due to the corruption.
Equipment/Weapons and armor: he wears a set of upgraded obsidian armor which is combined from souls of night along with whielding a blue shield of sorts, a quiver just in case he obtains a bow and some arrows and as his main weapons, he wields the blood butcherer and light disc.
Ablities: Due to him being a warrior, the only thing Obsidian can do is the use of being able to last longer in lava but other than that... he has none.
Quirks: Pretty balanced on speed, attack and defense, a master of using the light disc.
Flaws: Cares too much about the corruption that he shows slight aggression sometimes, bad at dodging things (often resorting to blocking with his shield or getting hit with bad blows)
Unknown hex code at this time