Please note that the body is thinner than the actual terrarian body.
Last edited: Mar 15, 2020 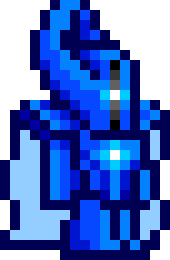 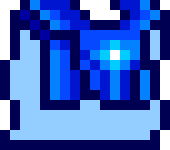 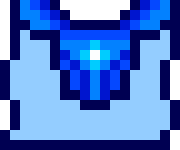 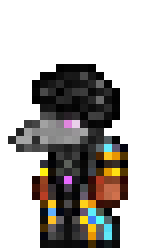 Dye trader type outfit with a plague doctor mask, dark with blue, gold and pink highlights, if its possible the eye should glow pink.

A dye trader that wandered to far, finding the dungeon in his path. The cultists captured him, trapping him in the dungeon for many years. He has gone insane while he was trapped down there, dying his clothes a dark black and wearing the mask of a fallen cultist. The mask has given him the power of ancient cultists.

Showcase
===Please watch this, it means the world to me

Here is my submission: 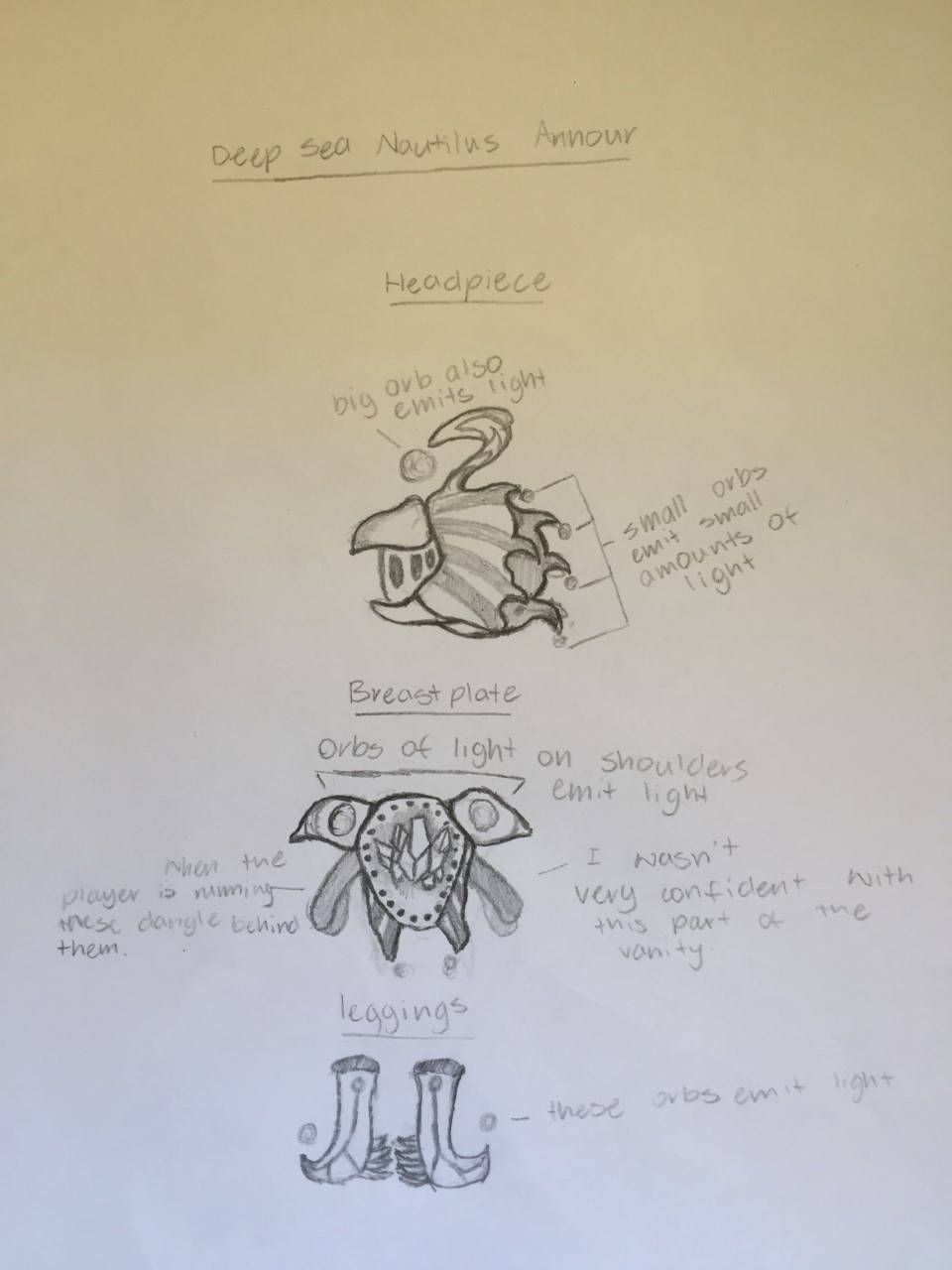 I don't even know if this is going to be seen or not but I'd really love of the vanity set that I have drawn to be added into Terraria, the game that I have been playing since I was a child (I basically still am). But anyway here are some things that I would like included if this vanity set is added into Terraria:
- If possible I would like a description of each vanity piece added along with the armour pieces (the descriptions for each piece are down below).
- I would also like the color scheme to have shades of blue in it (as it is based around the chambered nautilus which is a deep-sea creature), but if this set is actually added into the game it's ultimately up to Re-Logic to decide.

Animations I would like to have along with the armour set (it would be really great to have a few animations added with the armour set):
- I would like for the orbs on the headpiece to emit light, as well as the crystal in the BreastPlate and the light orbs on the leggings.
- I would also like the two cape shaped figures that are part of the armour to flow faster or slower depending on the players speed (if they are running or walking).

I just want to say thank you Re-Logic for working so hard on this game for so many years, I've had great fun playing the game by myself and with my friends. Take your time with the final update and make it the best you possibly can, hint hint (by adding my vanity into the game). Just kidding. Also, I want to thank ChippysCouch/Gaming for making a video informing me and others about this contest, otherwise, I never would have known that this contest existed. And yes Chippy if I do win this contest (which I probably won't also Chippy probably won't see this submission anyway) I give you full bragging rights to say one of your viewers had their vanity set put into the game.

Honestly, it would be an absolute honour to have my vanity set added to the game. I have enjoyed watching this game grow and playing it alongside it, experiencing the thrills of seeing the 1.3 trailer and replaying it several times of how exciting it was and then realizing that when I played the update I was actually really bad it the game and the update didn't change that. Once again thank you Re-Logic for this wonderful game. 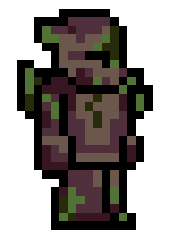 This is my submission, an armor that was worn once by a hero but got abandoned and left in time.
This stemmed from the 'Broken Hero Sword' and I decided I would like to make a vanity set that goes in hand with that material.

Good luck to everyone! 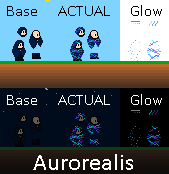 The base is a very dark blue cloak, with a silver pixel closure. (Moon in concept, but just a pixel in-game)

Then there's 2 glowing layers which I hope can also be animated.

The first glowing layer is like stars, as blue pixels. Slowly fading in and out at random spots on the armour, as if twinkling in slow motion, perhaps like glitter.

The second glowering layer is green, blue & purple wavy lines, the wavyness is kinda random, and the lines slowly shift over the armour perpendicular to the direction of the line.
The lines are mainly drawn left to right, or diagonal, but never up or down. Meanwhile they slowly slide up or down, maybe diagonal.

Hi, my username is spyqui, i am 14, love Terraria and drawing so here is my idea/concept hope it's clear enough 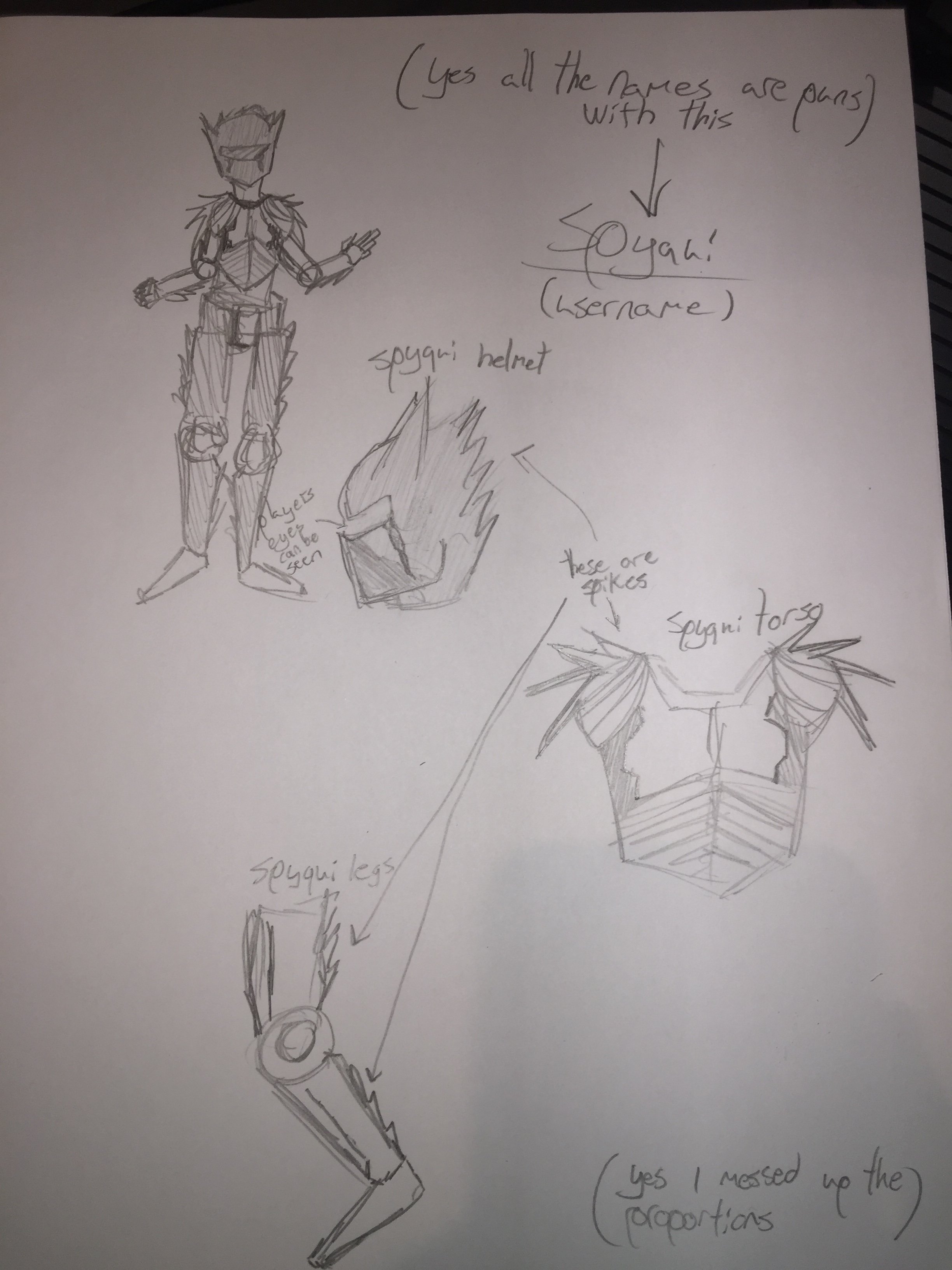 Here is my Submission. 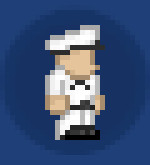 The milkman skin, it's stupid but it looks pretty cool to me

I present to you the Moss Golem Set, this was inspired by the pink moss in the Terraria Journeys End trailer. 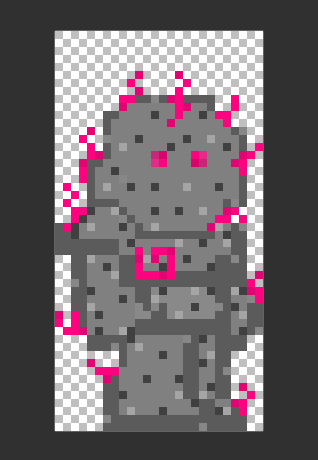 *Back from the stone age, to resurrect your will to Rock*

DUNE is the name of an ancient band that dwelt in the dessert. Legend has it, they tamed the wild antlions with their music, and lived peacefully amongst them.

In some pyramids, slanderous rumors can be found engraved in stone saying "they mimicked the style of others"... This is complete tomfoolery... They are not just a dessert-themed wannabe... I think... 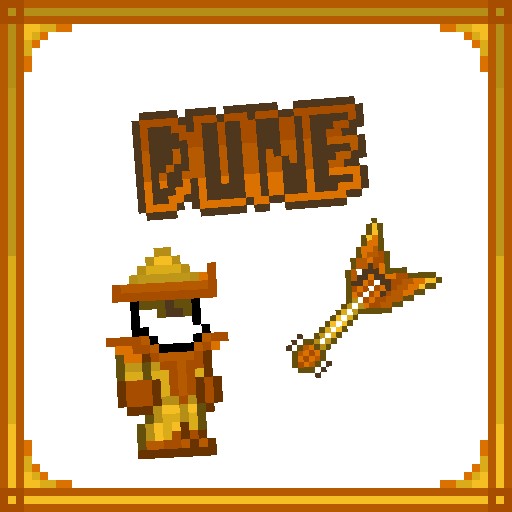 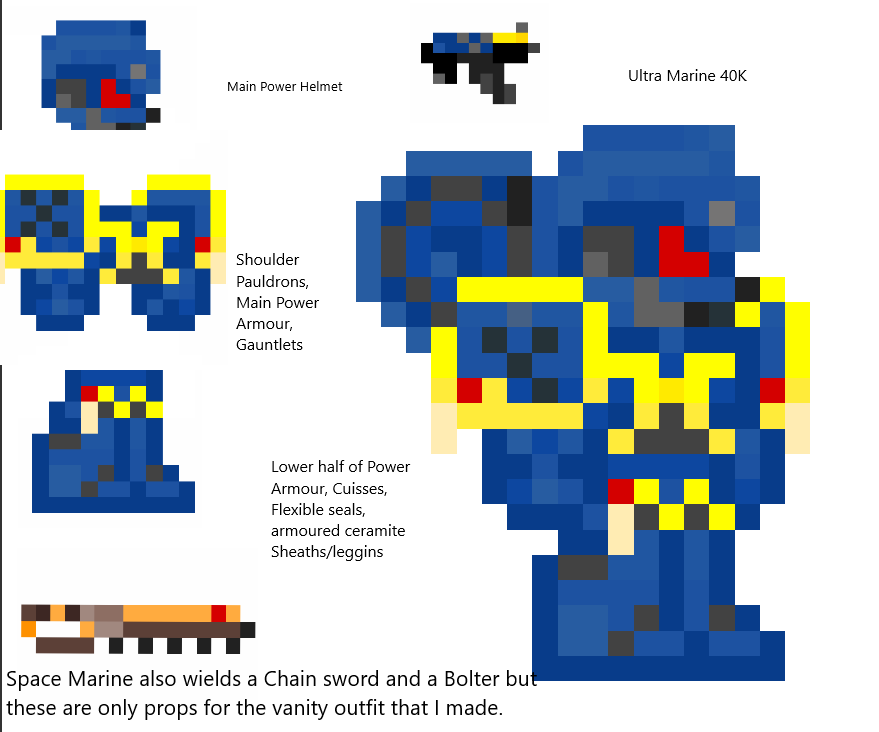 I wanted to make something different so I did so I went for the Ultra Space Marine.

It would have been better if I smaller pixels to mess with but I cant complain much.

His eyes always need to bright in that green/blue light.
I did this as an honor to my nickname in games and rpg´s.
The "helmet" is a Yacaré head "eating" the head. the other is just like an armor.
Saludos desde Argentina muchachos! 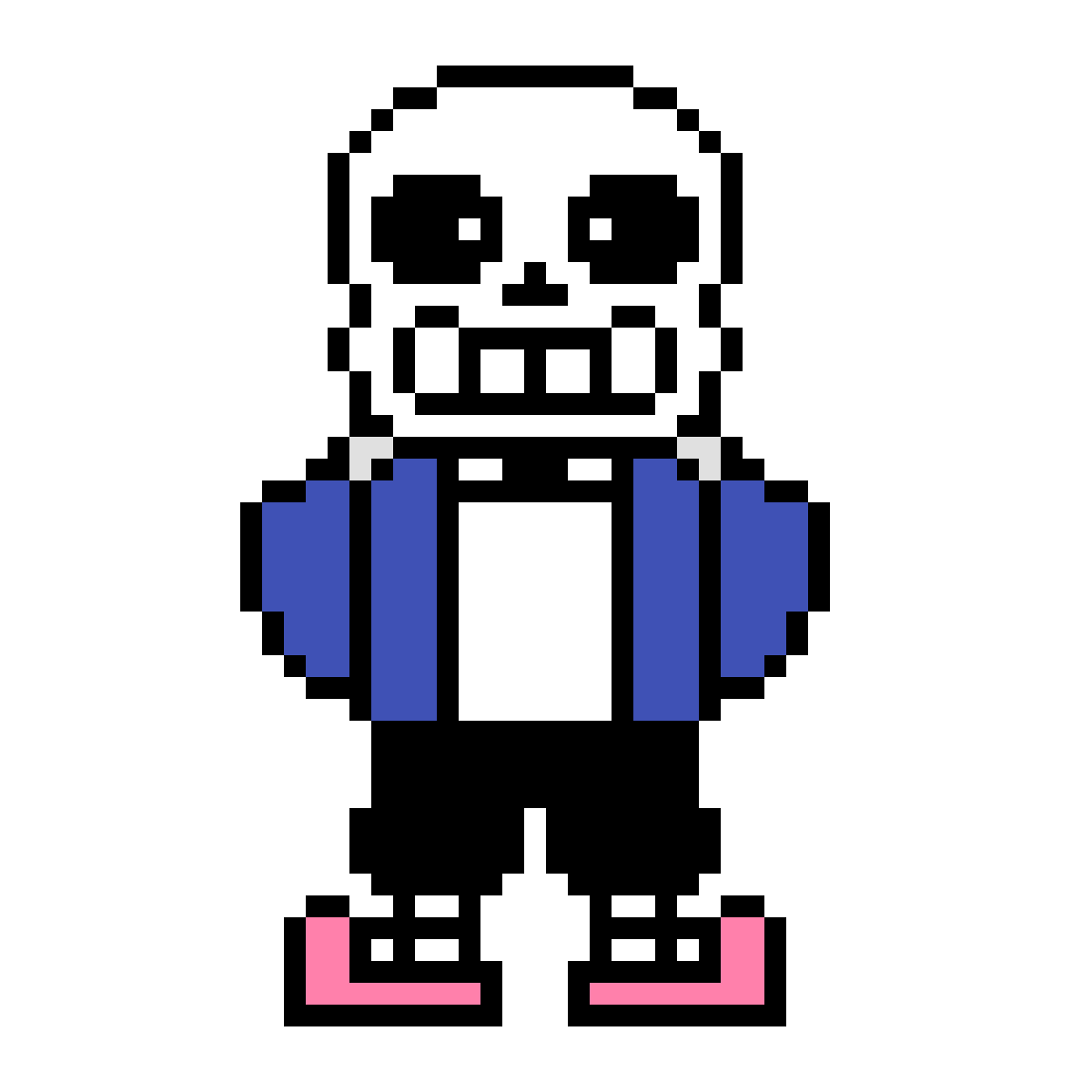 The Plague Knight
A valiant defender of the world, corrupted by the foes they fight against.
Drawn by me, but if chosen, please use the name TiredArts-DNT for the credits 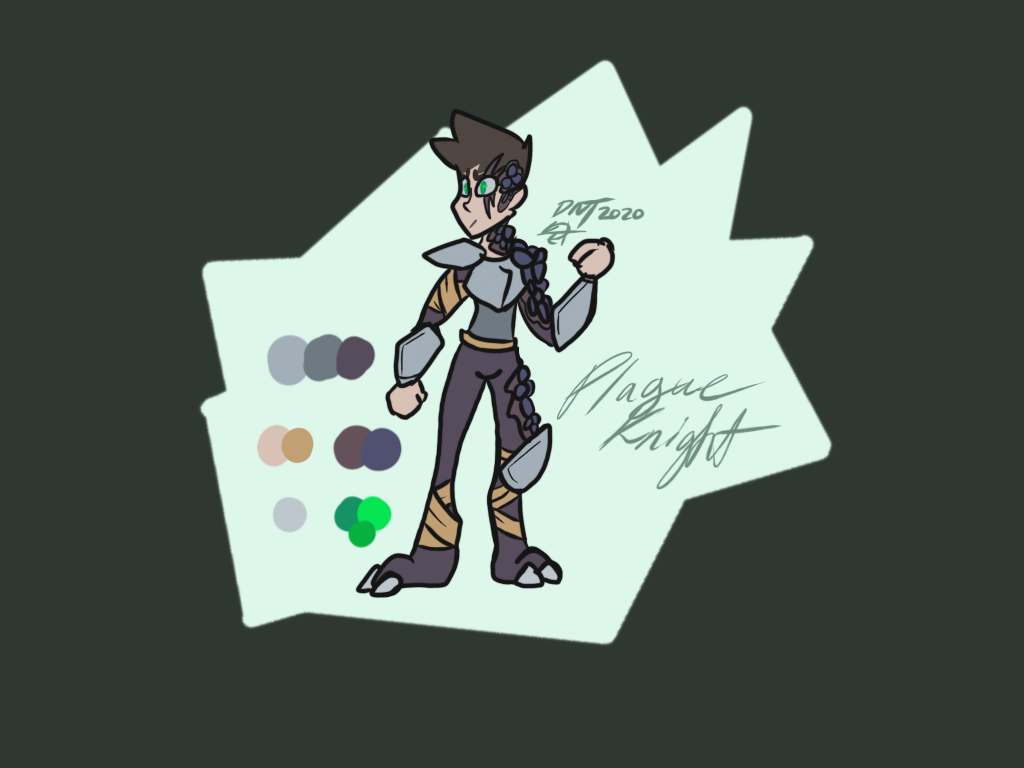 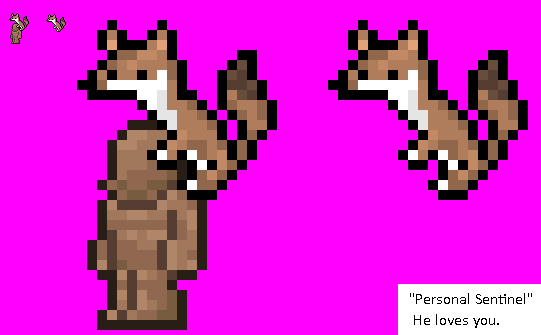 "Personal Sentinel".
He loves you.

A friend that's always on lookout to keep you safe.

I don't know if this counts since it's only a hat. I don't need a weasel in my pants, just on my head.
A 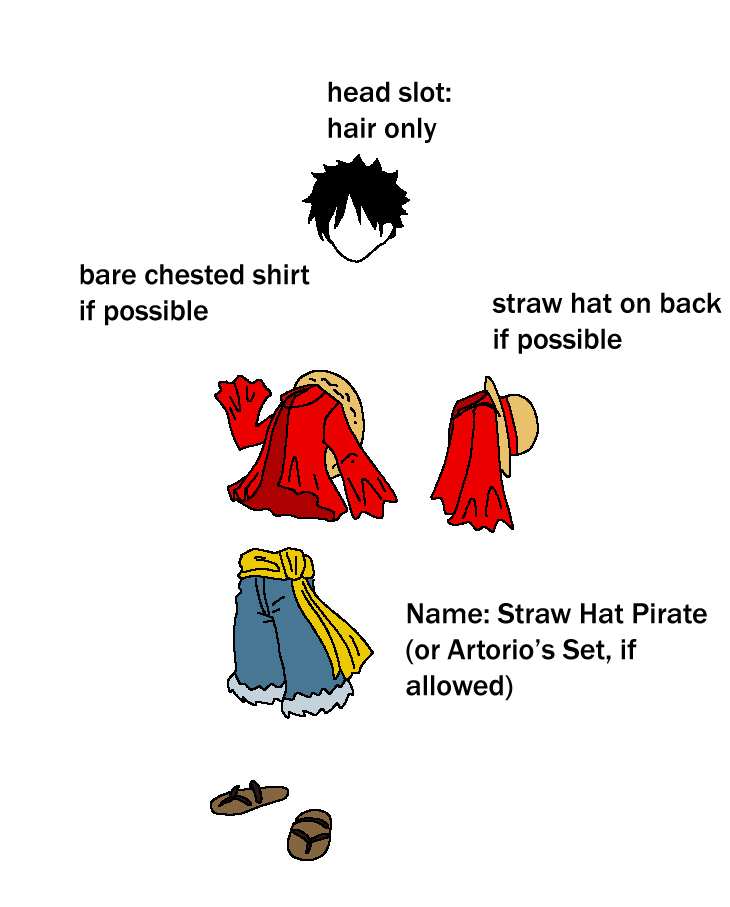 that's not very creative but i just love one piece and i would like to play with luffy's outfit in terraria
hope it's not against the rules or anything like that (if you can't do this due to copyright infringement, please do the other one i added to this post and name it Peach Cat ingame, thanks!)

This will probably get ignored but I'm going to give it my best anyway. This character is the only character I've ever really made in my life and I've hung onto it for over 10 years now due to personal memories as an artist as well as a gamer.

Way before terraria, when I was a child, one of my grandmas used to play Link to the past with me all the time. I was a big fan of the Zelda games after that, but one thing I remember is we always tried to complete the game 100%, meaning getting all the heart pieces, well we never found one and she passed away before we could beat it. I later learned that the last one we didn't find was in this graveyard digging minigame. Years after that I felt the urge to go visit my grandma's grave for no real reason at all, and I did, but as I left I noticed something strange about the numbers, I looked on my phone and saw that I had coincidentally gone to visit her on her birthday. A life lesson tied together in my head later on - that you don't know how much something means to you until its gone, because like the missing heart piece in the zelda game being found in the grave, a missing part of my life in real life was in the graveyard, and that was Grandma. In a crazy way that made me hold on and move on with my life.

However I would learn a harder lesson years later when I would come to lose my other grandma.

Now I didn't know this before she had died, but she was an artist. I haven't done art in a long, long time myself for multiple reasons ranging from being hurt to hard memories. Not to get into my life story too deeply, but one of those reasons is a memory. A memory of my grandma who was not only artist, but a kind, giving person, who despite not having much money would always try to buy me paints or art supplies just because I like art. She didn't even have running water at one point and I had found out despite not being able to afford to get it she asked my aunt for 100$ to buy me a digital tablet. She died alone in her house in poverty before I got a chance to make things better, I always wanted to go into the programming industry, maybe in video games, to make her life better and pay her back for all the kind things she did. It really hurts me I never got to do that... but despite me being too emotional to even draw, years later after this incident. I never forgot this character or the thing she represented for me, and that is Creativity.

This character was originally intended for something involving role play and majora's mask with a bunch of art friends years ago. She was supposed to be this alien (the ones that take cows) in the disguise of a human form (the second picture design reflects that more). Well those friends often excluded me from there groups, and ironically like my character, I felt like an alien, alienated with no friends as I constantly try to impress a group of people to let me be part of something with no success. Now I just use this character as a logo, a sort of representation of my creativity, because despite all the down times, I still hang on to it, and I won't give up. The first image of her is also heavily inspired by pink floyd as you can tell by the triangle on her head and her shirt being like the album art for 'The Wall'. Which was even more fitting because some of those albums were a story of someone who alienated themselves from society, ironically named Pink just like her hair color, which is funny because in the past I had given her pink hair randomly and she was just related to zelda stuff... her pink hair linked me to the past to remind me it all happened for a reason. It's about inspiration building my creativity, that inspiration was passed onto me and I hope maybe one day I'll inspire someone else to be creative as well..