Lore plus politics plus history lesson:

Sawyer is home to about 200 people. Surprisingly, many of the buildings are relatively intact. The town of Sawyer is run by a man named John Dotson, who calls himself the mayor. Dotson is a gray-haired man in his mid-50s, who became rich after getting an abandoned factory in operation again, turning out goods like clothes and shoes. His business flourished, and he opened two other factories in Sawyer, giving the people a sense of purpose, a higher quality of life, and bringing himself considerable wealth. It wasn’t long before Dotson built a power plant, and albeit it was a small one, it still brought electricity back to the town. Most of Sawyer’s residents live in the old downtown area since the buildings are in such good shape, and many of those that do are employed in Dotson’s factories. About the only qualm here is the lack of clean water and the reliance of caravans for clean water. This later started a crisis, as the caravans couldn't bring enough water fast enough, and so, the streets are slowly becoming quiet once more.

The main currency in this place is a tiny coin called a gold bit. Gold bits are simply round pieces of metal covered with gold paint, but since there are very few people with access to gold paint, there usually isn’t a whole lot of counterfeiting.

Code:
*Insert whatever introduction you want. As long it doesn't involve, well, very powerful events that would affect almost everything. Or at least not be considered OP.*

Nosako walks into the police station, dragging an unconscious man behind him
“I’m here to collect the bounty on a uh....” Nosako pulls out a paper and reads it
“[insert random criminal name that I’m too lazy to come up with, here]”

“Thanks.”
Nosako takes the bits, and leaves

*A hooded figure with a muramasa is walking towards Sawyer*

((Still not too sure what to think of the wasteland setting. Maybe that part of the world is just secluded? IDK.))

So this is Swayer? A rather nice looking town. Scott thought to himself as he walked into town. Taking a look at the buildings in his immediate vicinity the police station caught his interest. He headed inside.

*I walk into town and look for the nearest tavern*

The Glowing Lights bar then.
This bar is in the used-to-be lobby of a large apartment complex. One the far wall is a notice board about work. Several people are already here, drinking ale while they still can.
The Glowing Lights is run by a surly, bald-headed giant of a man who is behind the counter, who is busy cleaning the bar.

*I walk up to the man. My face is covered*

Nosako spots the hooded figure with a murasama, and approaches it
An enemy? He thinks to himself

AlphaEspeon said:
*I walk up to the man. My face is covered*
Click to expand...

It doesn't concern you. *I look straight at the man*

"Well, it's my bar. I kinda have a right to know. But fine. Don't cause trouble, or else you'll get a lot of it back. And that's not just me talking. Everyone is on edge. Kinda have to be in case of raider attacks, and in our dwindling water supplies."

Hmm. *I start to think about this world's problems*

((BTW Have I posted a picture of Setsuna yet?))

(Kinda did with that one video.)

(You said they are hooded, so obvious difference between appearances.) 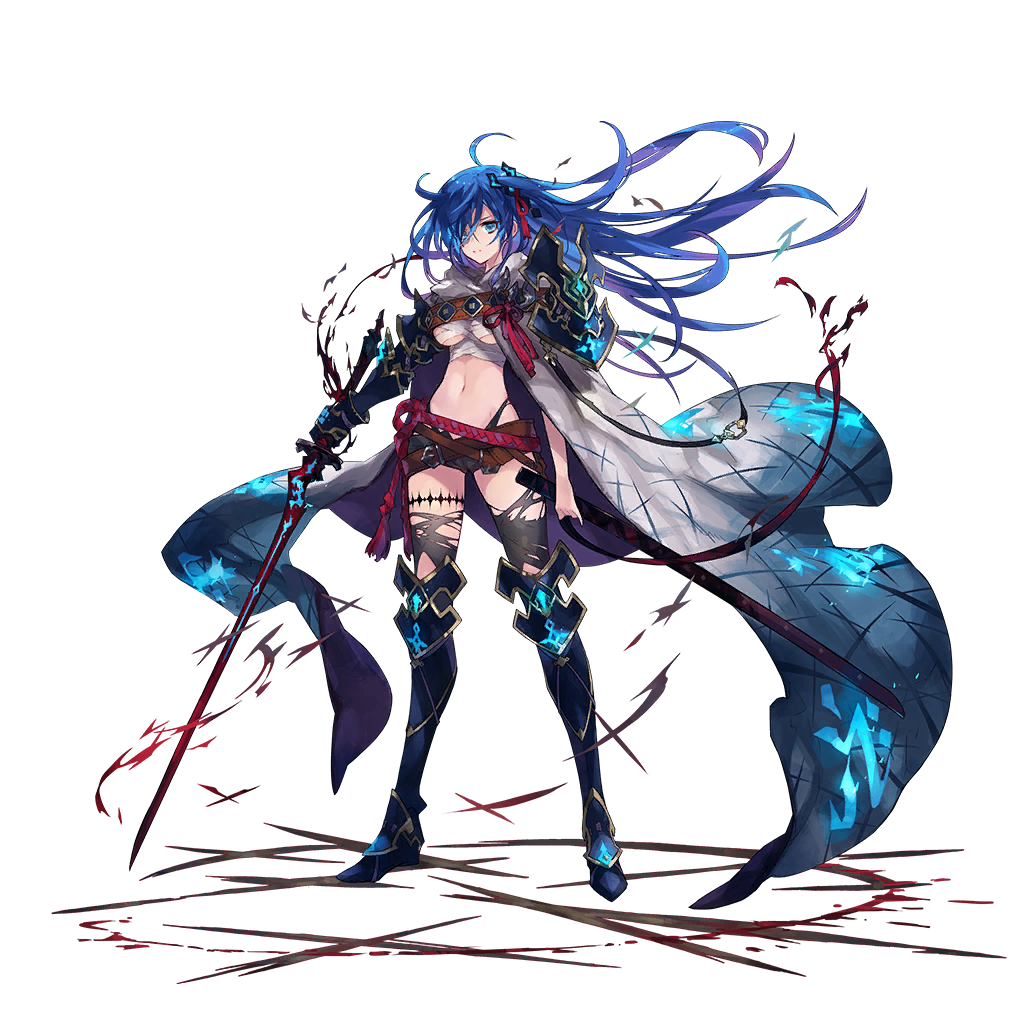 ((Full Image, when she isn't hooded))

*The figure notices Nosako approaching*
"Strange. I thought there would only be humans here..."
"..."
"...What are you anyways? Some sort of anthro rabbit-bird hybrid?"

"...That is not your business."
*Looks for anything of interest*

(Map is in the original post. Here is information for ya, I guess.)
1. The Glowing Lights Bar – The Glowing Lights is the local watering hole. The Glowing Lights is run by a surly, bald-headed giant of a man named Jason Lester. Jason is friendly enough, but if anyone causes trouble, they can expect to get a lot of it back.
2. The Old Town Square – The town square is left from the wasteland days. It used to house a park with a fountain; now, it is an farmer’s market where people from surrounding farms and tiny towns come to sell their produce in exchange for supplies from the factories.
3. Residences – These brick and metal buildings were originally department stores and clubs before the War. Since then, they have become apartments for citizens. Most apartments are one or two room affairs, and extended families often live next to each other so they can break down walls and give each other more room.
4. Police Station – This long, squat building houses the police department, obviously. It's like a normal police station you can get. Just with boards for wanted, armory, and of course holding cells.
5. Bob’s Guns N’ Pawn – The only sanctioned weapons store in town, Bobs Guns N’ Pawn capitalizes on his monopoly status. Bob is quite a cruel person, and is quite egotistic.
6. General Store – Run by Bob’s ornery son Bob Jr. (Yes, that's intentional because egotistic father), the General Store is a wood-frame building with a rather thin stock. Aside from the farmer’s market, which is a hit-or-miss situation, the General Store is the only place where some items are guaranteed to be in stock. Unlike his father, Bob Jr. is more level headed, and is much more reasonable and nicer than his father.
You must log in or register to reply here.
Share:
Facebook Twitter Reddit Pinterest Tumblr WhatsApp Email Share Link
Top Bottom