-I'm a bit of an introvert (actually a massive introvert)
-My hobbies include: Drawing, Roleplaying, Video Games and collecting pointless things
-That's about it for stuff about me!

View attachment 267261
Full name: Wolf Valence
Species: Arcana
Age: 13
Gender: Male
Other: Wolf's staff is known as the Dawnlight staff.
Can use magic and is a very skilled mage.
Is joined by an AI called Holo.
Weaknesses: Can't fly very well.
Sometimes a bit overprotective towards Holo, which can get Wolf injured.
Personality: Caring and quite protective, though he is almost completely silent.
Text color: #a3d36b

View attachment 267376
Species: AI
Age(sphere): 9
Age(human): 12
Gender: Male
Other: Holo can switch between human and sphere forms.
Is able to lift Wolf into the air a bit when in his sphere form.
In his human form, Holo is an amazing archer.
Weaknesses: If the Button on his headgear is hit, Holo reverts to his sphere form.
Personality: Shy, but he cares about his friends.
Text color: #b4a5b6 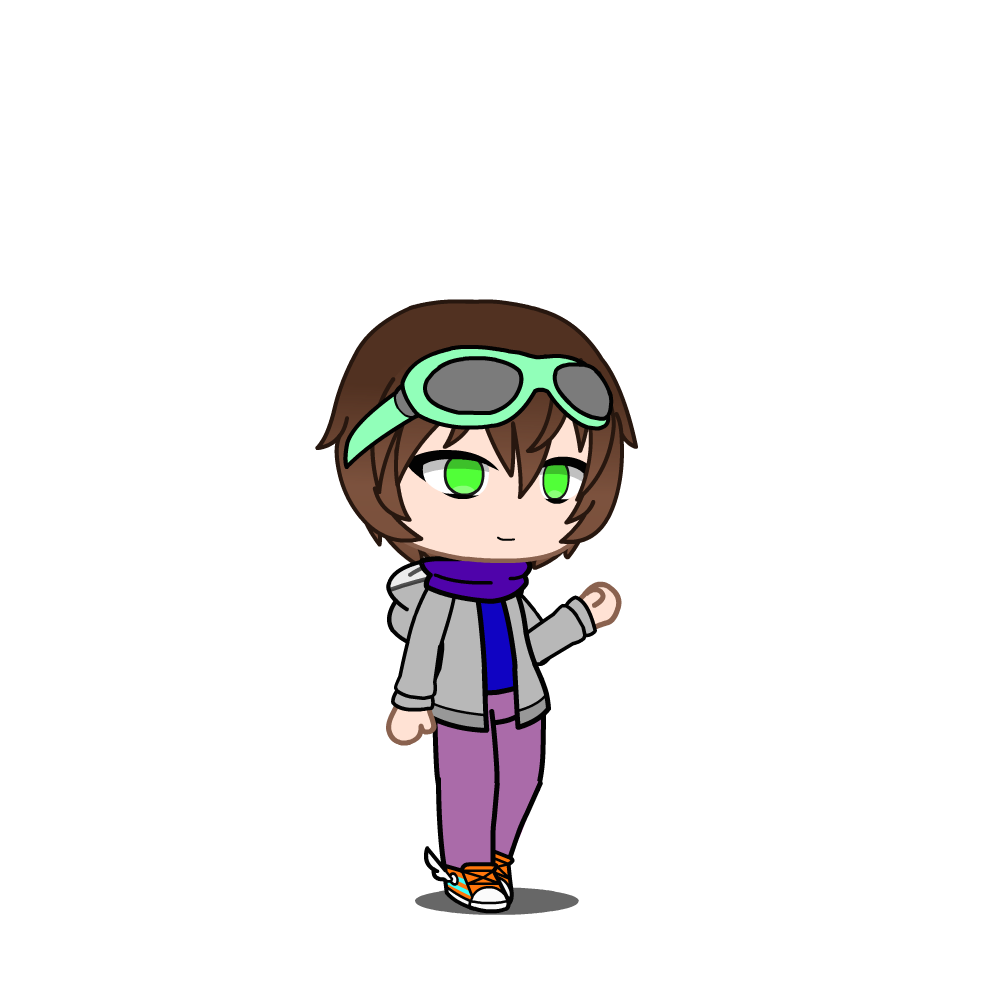 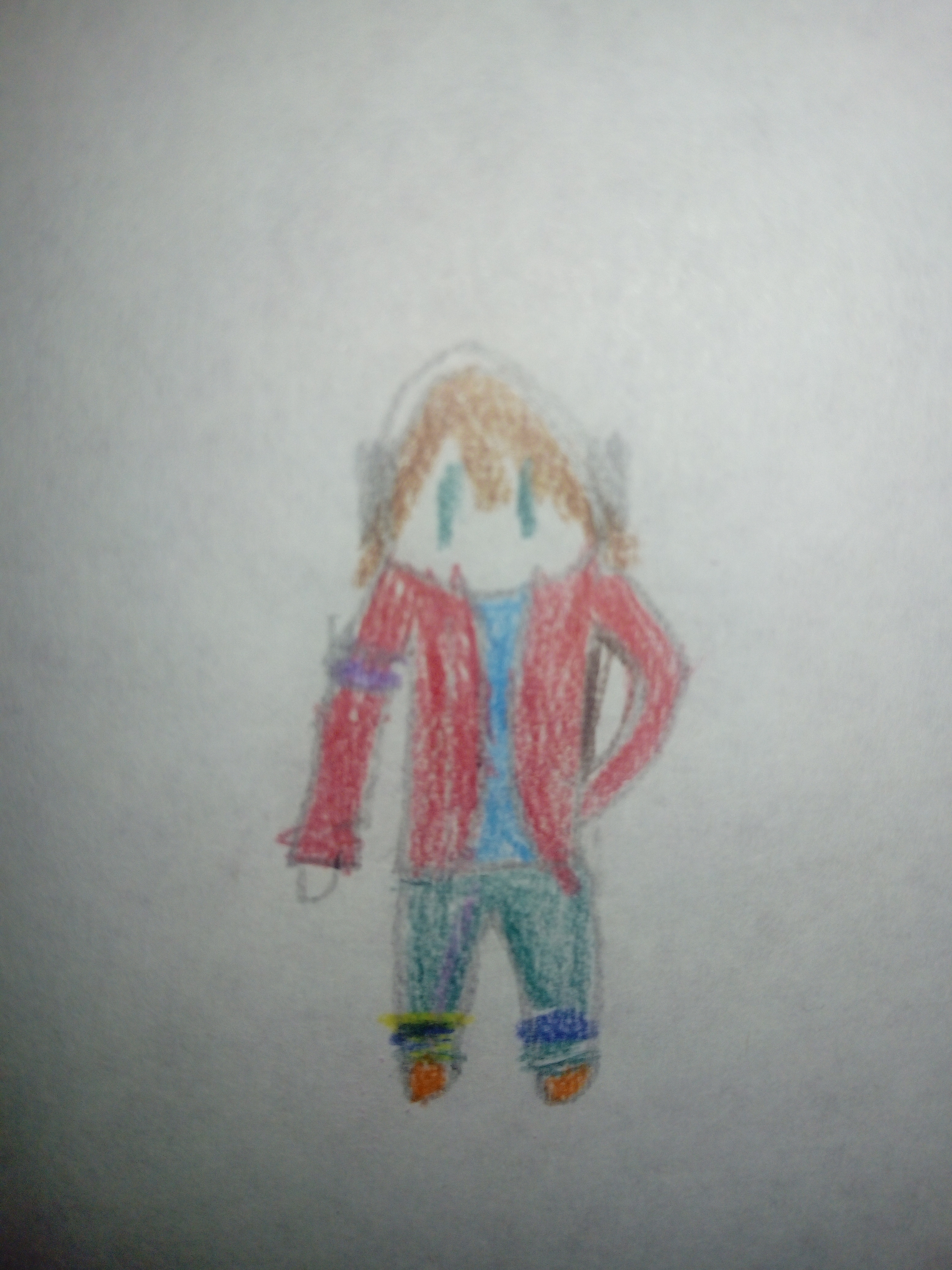 Species: Human
Personality: Usually silent, barely ever shows it if she's happy.
Equipment: Upgraded Fossil Armor, a staff, sword of air, Nightglow, fishing rod, a bow.
Abilities: Wind magic, light magic, can teleport.
Quirks: very skilled in battle.
Flaws: her knees are weak spots.
Her right arm is also a bit of a weak spot, if she gets hit there it will sting a bit.
Other: She is an amazing pokemon trainer, with her team being: 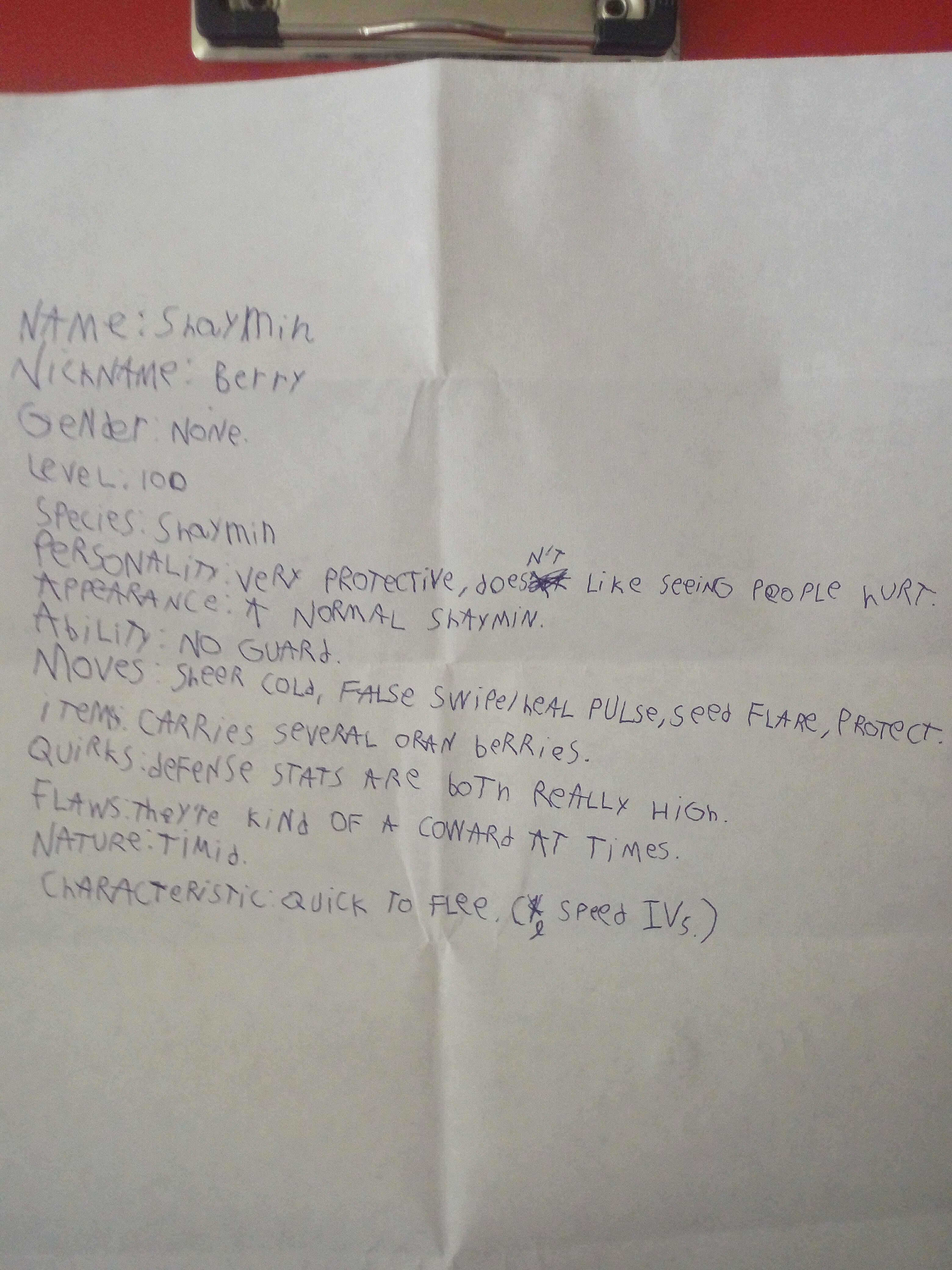 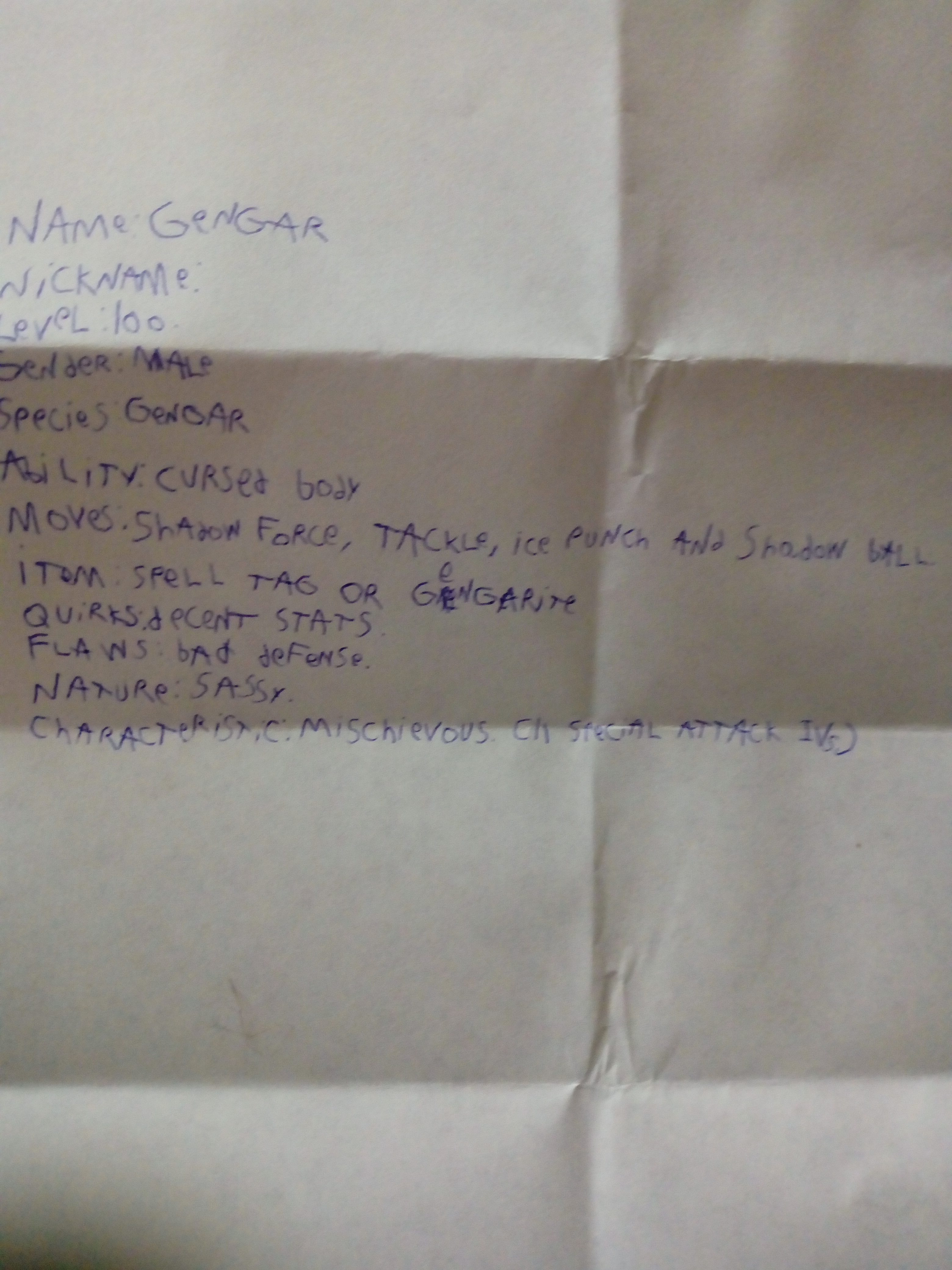 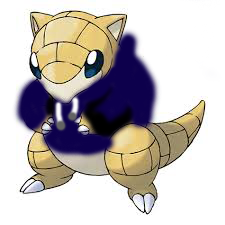 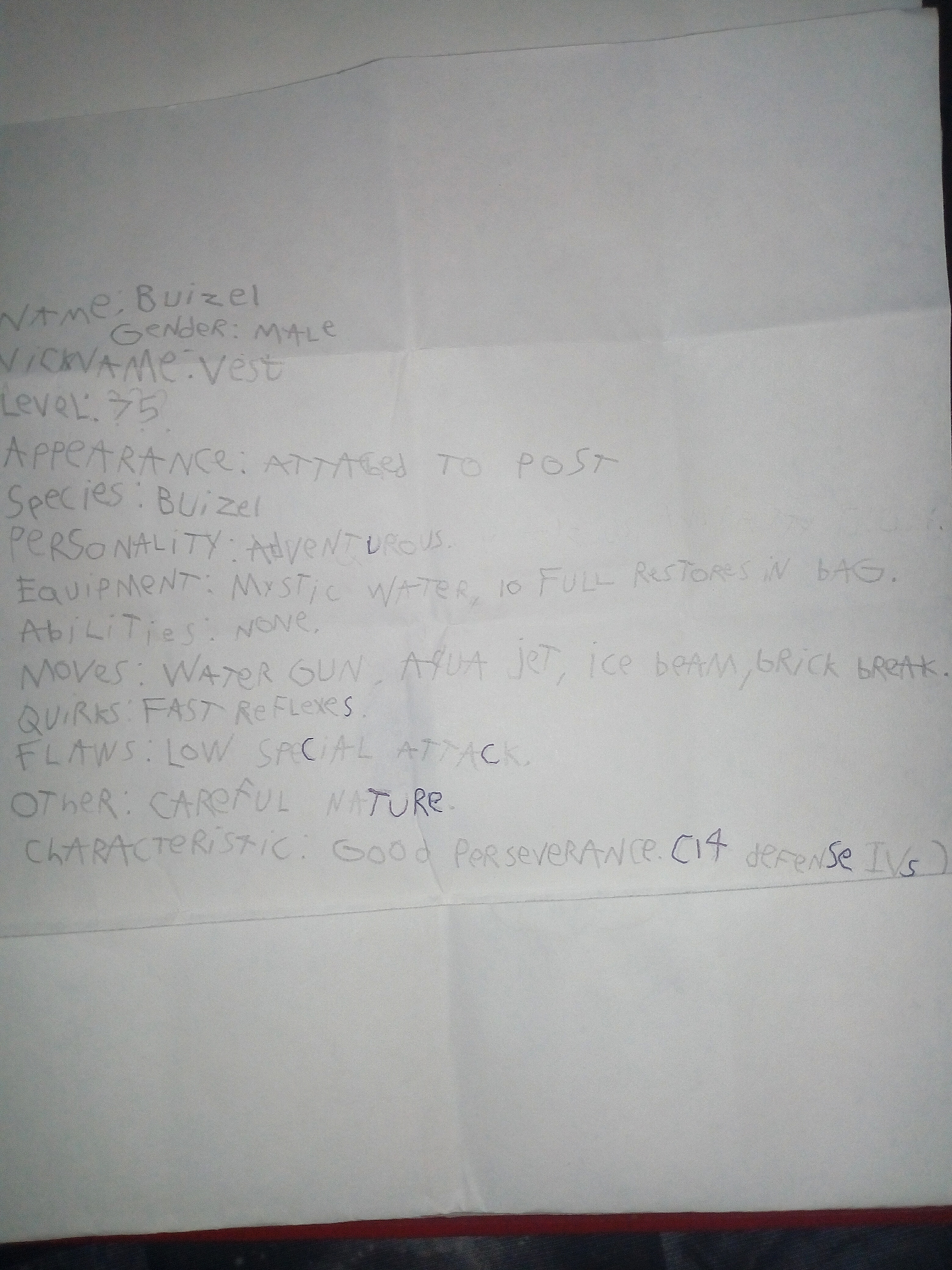 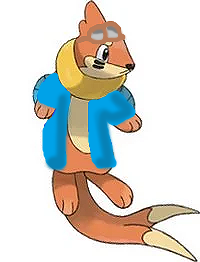 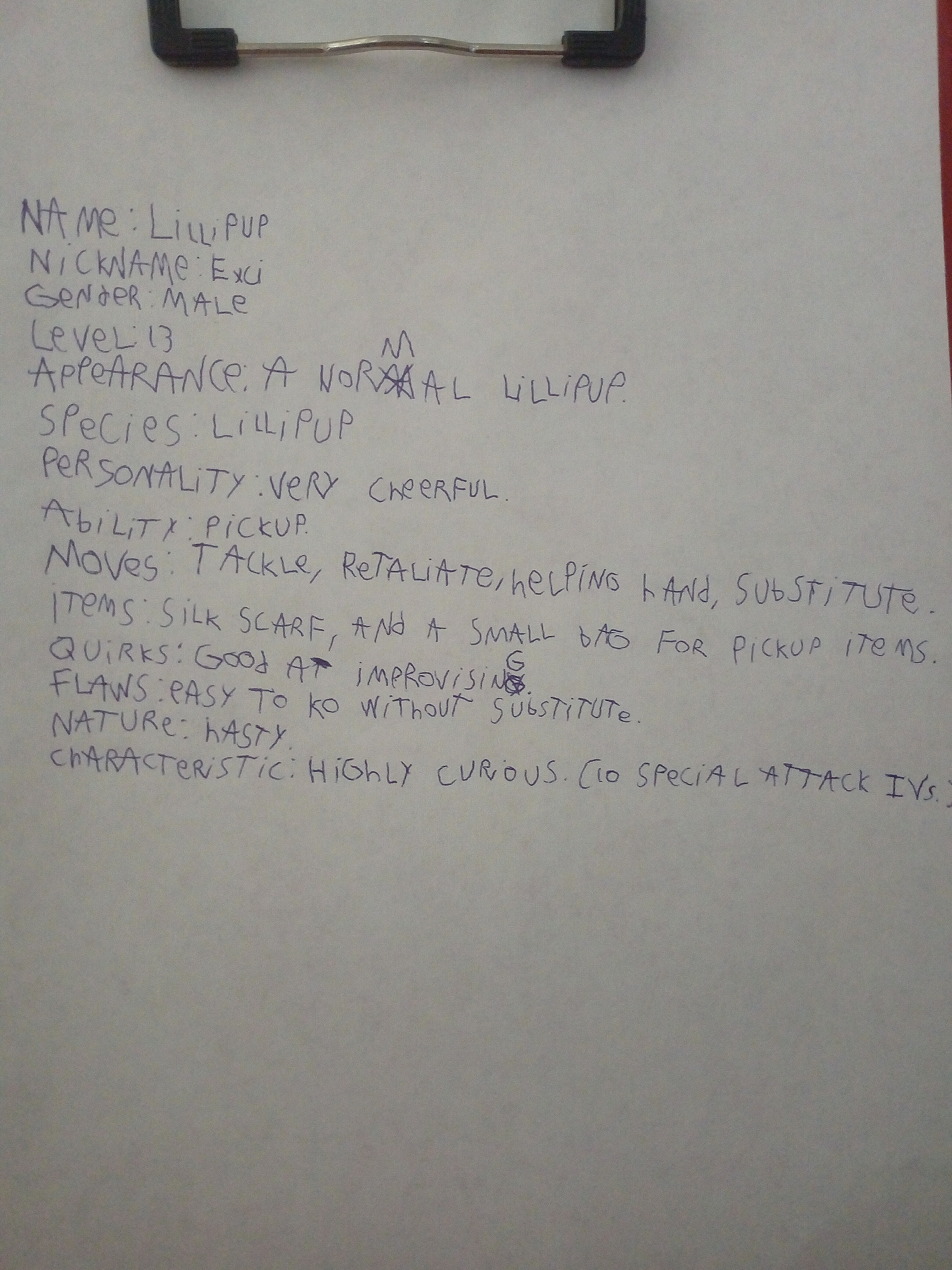 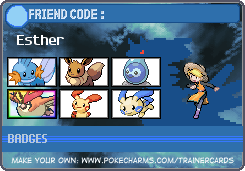 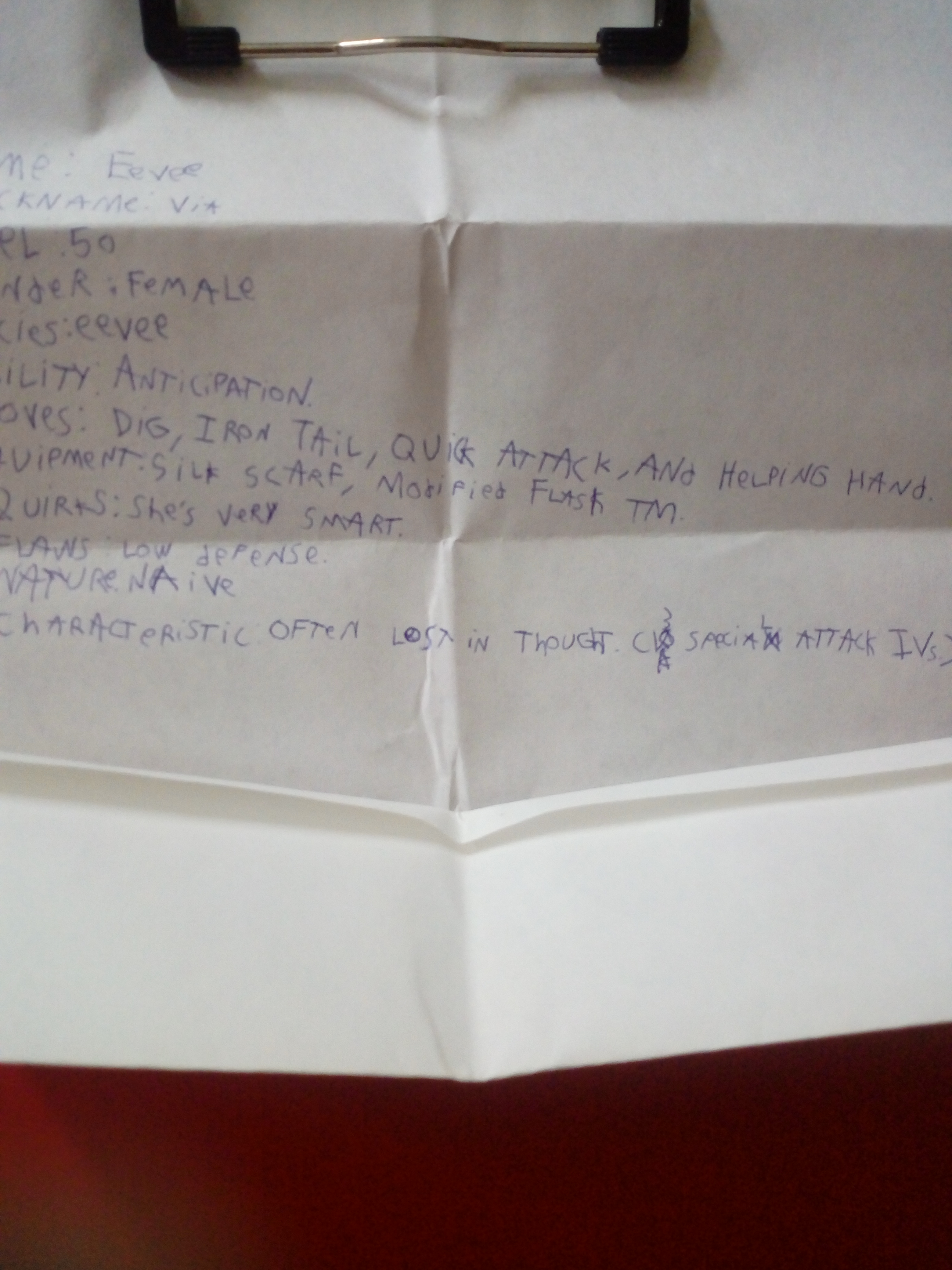 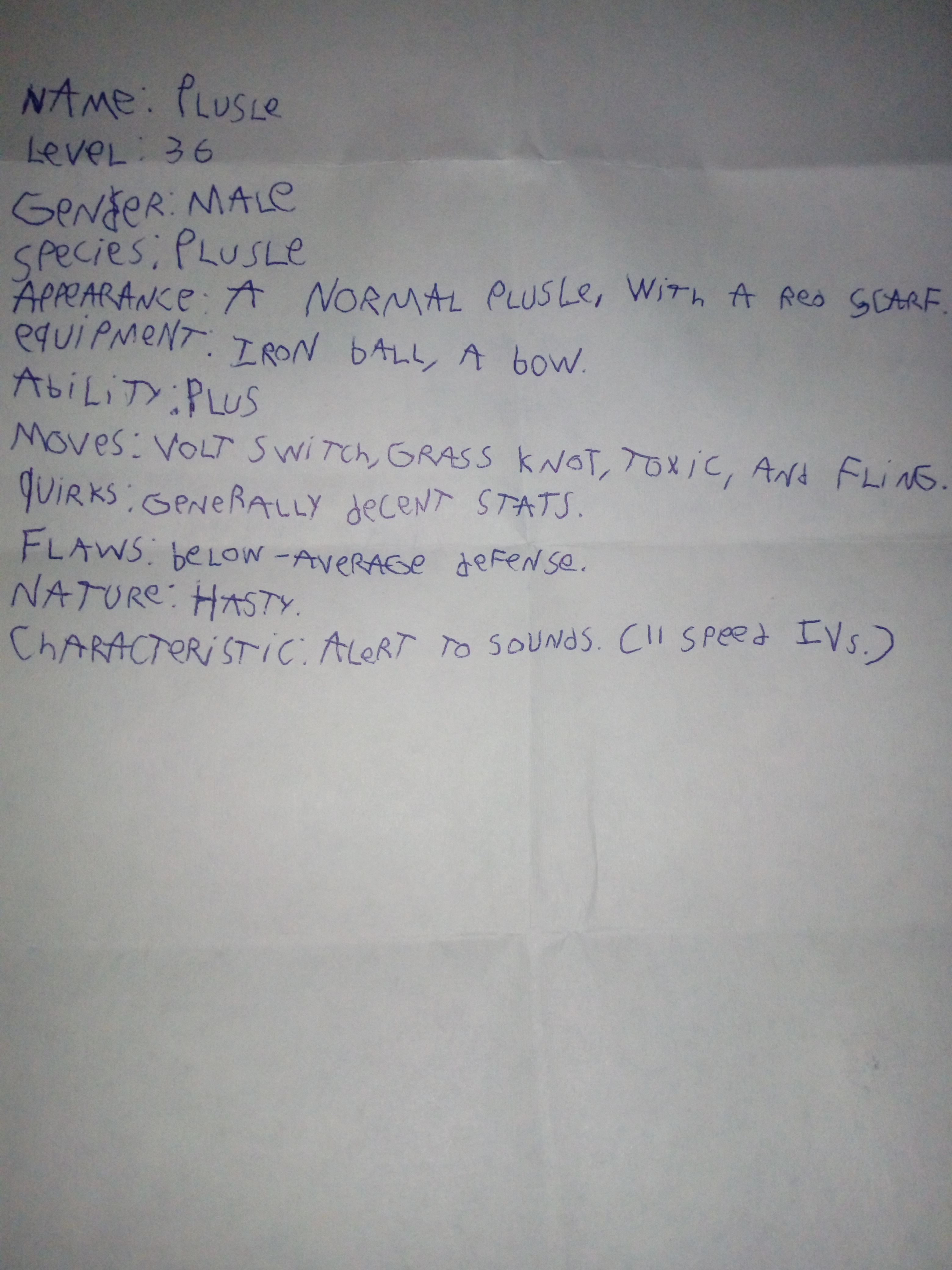 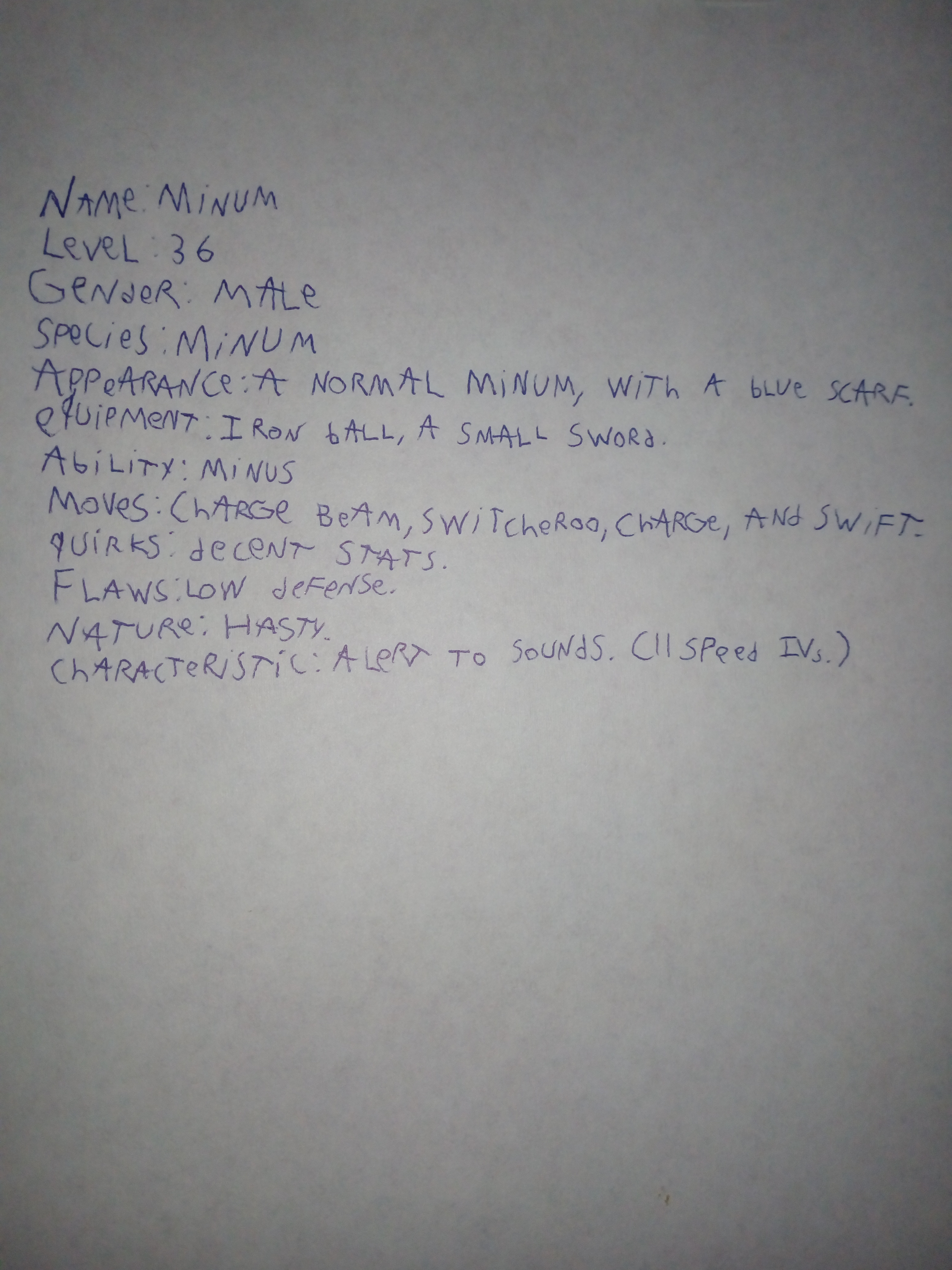 Gender: Female, but nobody knows that, so genderless.
Appearance: View attachment 278454 (Her eyes are blue when she's disguised)
Personality: Very quiet, very serious compared to Esther.
Equipment: Death Sickle reforged to Legendary, which she got during a solar eclipse.
Phoenix Blaster.
Hallowed Armor, hidden by her outfit, melee helmet.
Abilities: Same as Esther, but she barely uses her magic.
Quirks: Same as Esther.
Flaws: Same as Esther.
There's an entity named Glitch inside of her, sometimes it takes over. 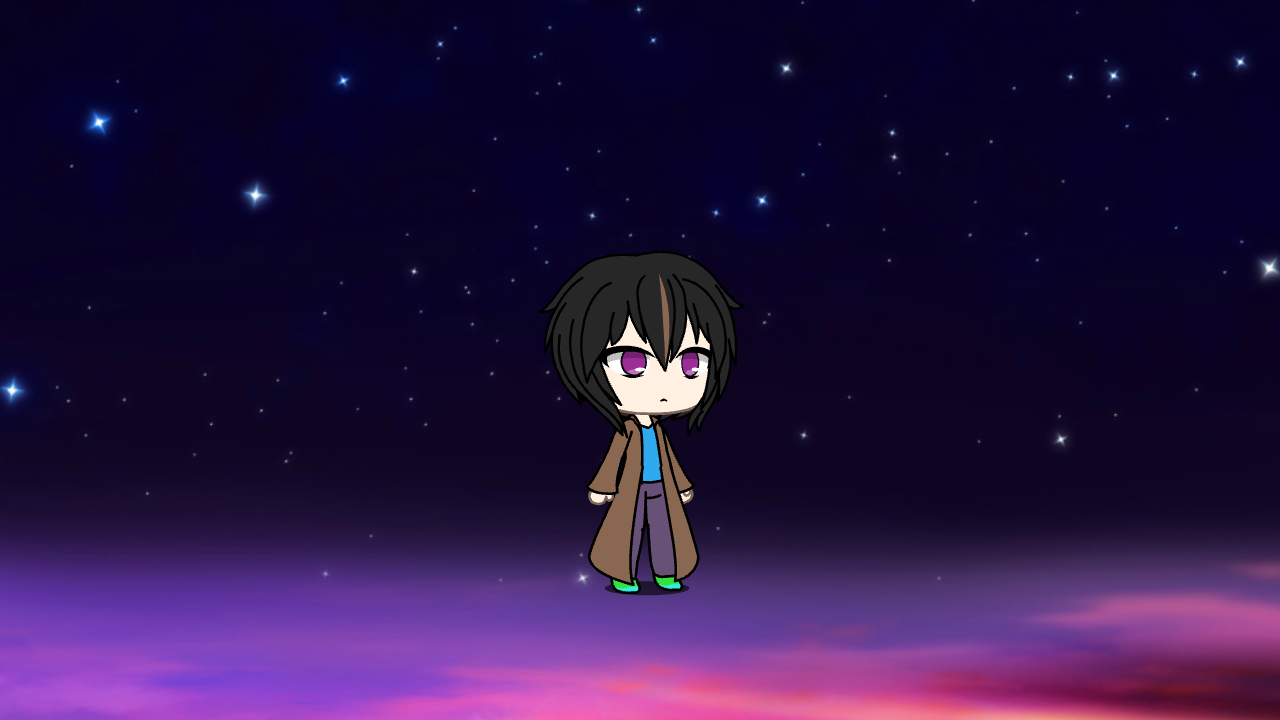 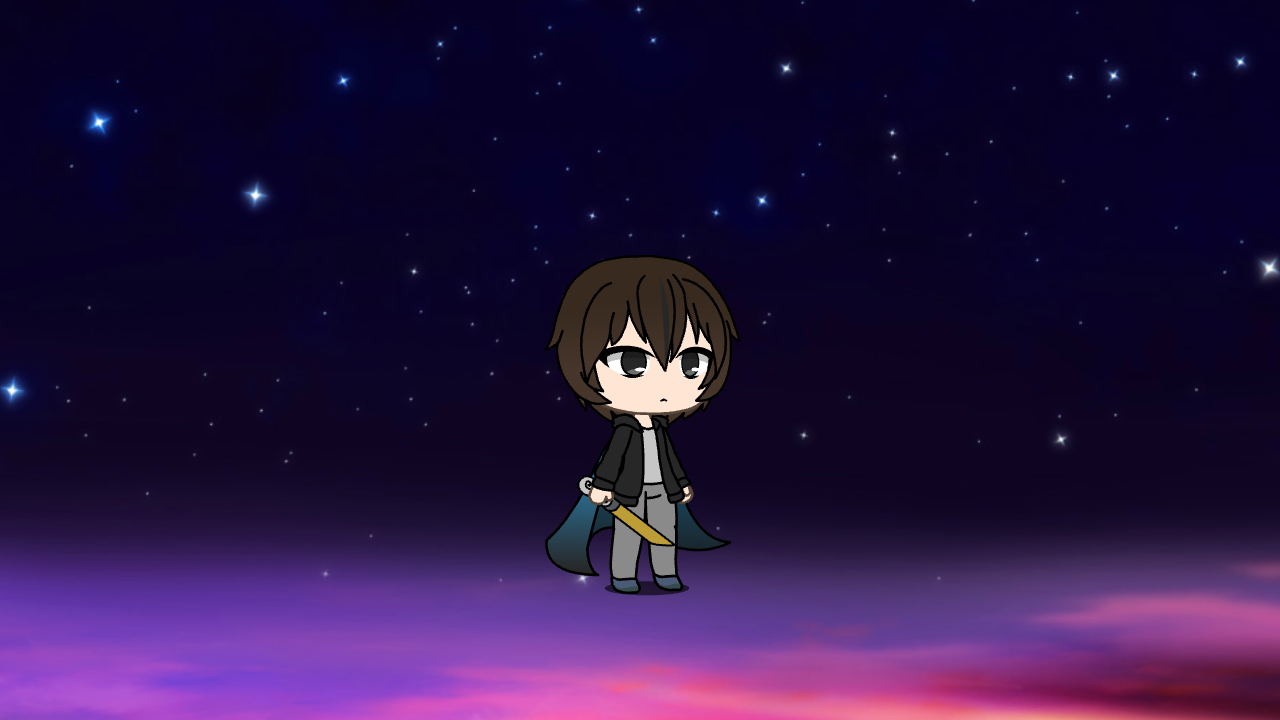 Species: Human
Personality: sort of serious, he cares a lot about Esther. If you hurt Esther, Raphael will hunt you down for several weeks.
Equipment: a golden dagger.
Abilities: can use a few different elements, his main element is electricity.
Quirks: can't be turned evil.
Can take a lot of hits before having to retreat.
Flaws: somewhat clumsy at times.
A bit reckless.
Other: he is one of Esther's siblings.
Text color: #6daaca
Species: Human
Gender: Male
Age: 20
Other: Wields two swords, and he also has a bow for ranged combat. He also has a lantern-like weapon, and a weak hoverboard that is mainly white with a blue trimming.
He can use his cape to teleport.
Personality: Very quiet, doesn't immediately trust people.
Appearance: 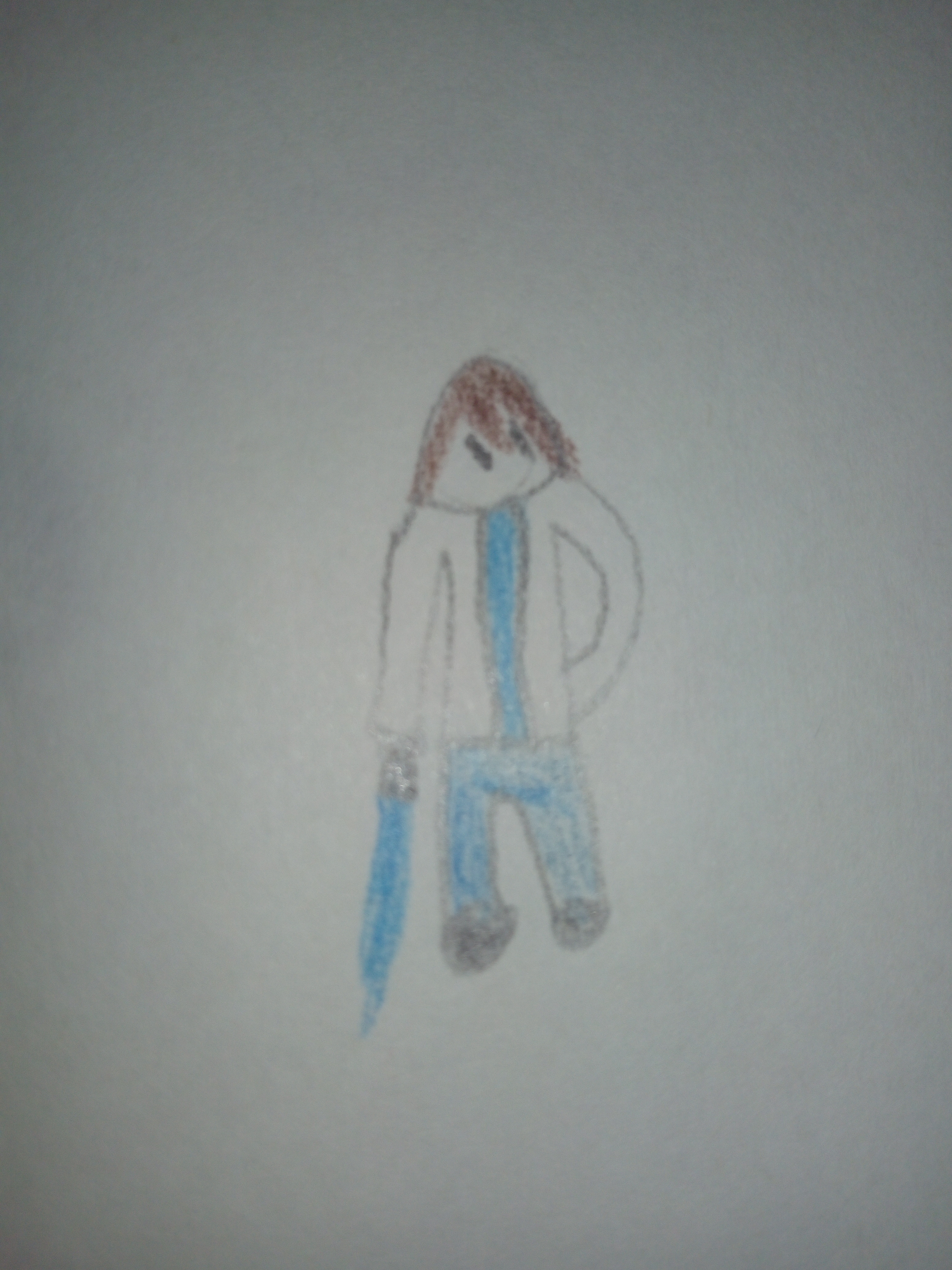 Sabrepulse - Close To Me (HD)
Text color: #129e78
Comes from a place called Fox Valley
Species: Fox
Gender: Male
Age: unknown
Preferred weapons: He has leaves circling around him that he can control, and that's his main weapon. He can also combine them into a sword.
Abilities: Pretty fast.
Can hover a bit above the ground.
Weaknesses: Sometimes, the leaves go in a different direction than where Valley aimed.
Personality: kinda shy.
Other: Valley is often mistaken for a welsh corgi.
Can speak english, but has trouble pronouncing a lot of words.
He is the lorekeeper of Fox Valley. 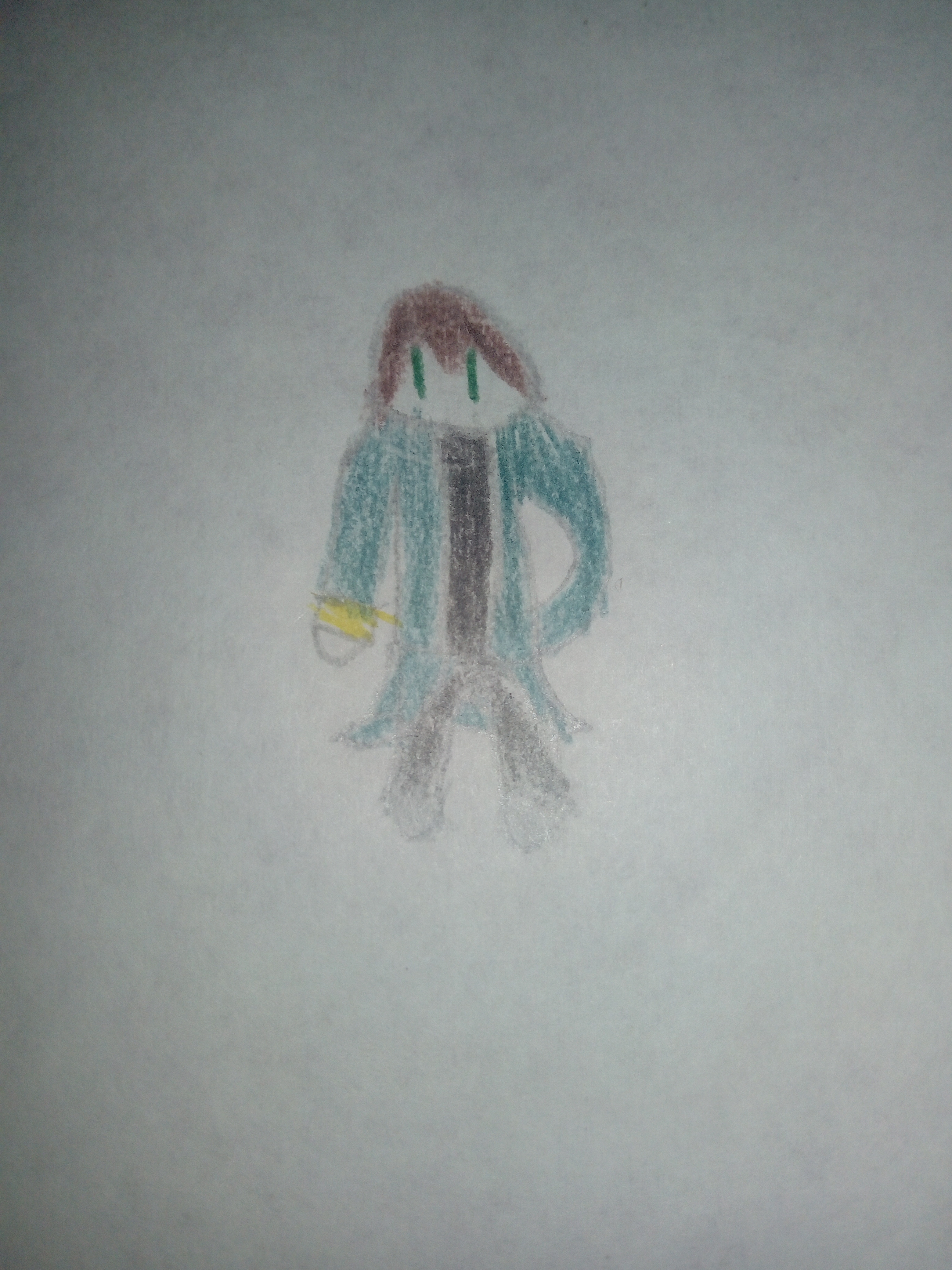 Species: Human
Personality: Very serious, completely silent.
Abilities: Wind magic, light magic.
Equipment: Tiger wields the Nightscale Dagger.
Quirks: Immune to shadow magic.
Tiger is the only one able to wield the Nightscale Dagger, which he can throw and it will return after hitting its target.
Flaws: Doesn't really show his emotions, making it very hard to help him even if you want to help.
Other:
Name: Nick
Age: ???
Gender: Male
Appearance: Well, same as Tiger, it's the same body.
Personality: The only way I can describe it is by providing a quote: "Killing things is my job, not Tiger's."
Abilities: Same as Tiger.
Equipment: Same as Tiger.
Quirks: Same as Tiger, and he really enjoys killing things.
Flaws: He gets bored somewhat quickly.
Text color: #007700

Stronger Than You - Chara Response (Undertale Animation Parody)
Text color: #00aa00
Age: 11
Gender: Female
Appearance: View attachment 278263
Species: Human...? She's based off of the Hat Kid from A Hat in Time, so I'm not sure.
Personality: energetic, rather mischievous, but quite friendly.
Abilities: The hat and badge abilities from the game.
Equipment: Her umbrella.
Quirks: The same as the hat kid. (Double jump, wall jump, etc.)
Flaws: Sometimes a bit too friendly.
Other: Text color: #eeb760
Age: I don't know
Gender: Male
Appearance: View attachment 278268
Species: Bird
Personality: More on the serious side, Birdon often acts as the second leader of the squad, with Esther being the leader.
Abilities: Wing kirby's moveset, just look it up, I'm not gonna list it here.
Equipment: None.
Quirks: Being a bird, he can fly.
Flaws: Bad defense.
Text color: #5fa374
Nickname: Vani
Age: 13
Gender: Female
Species: Human
Appearance: 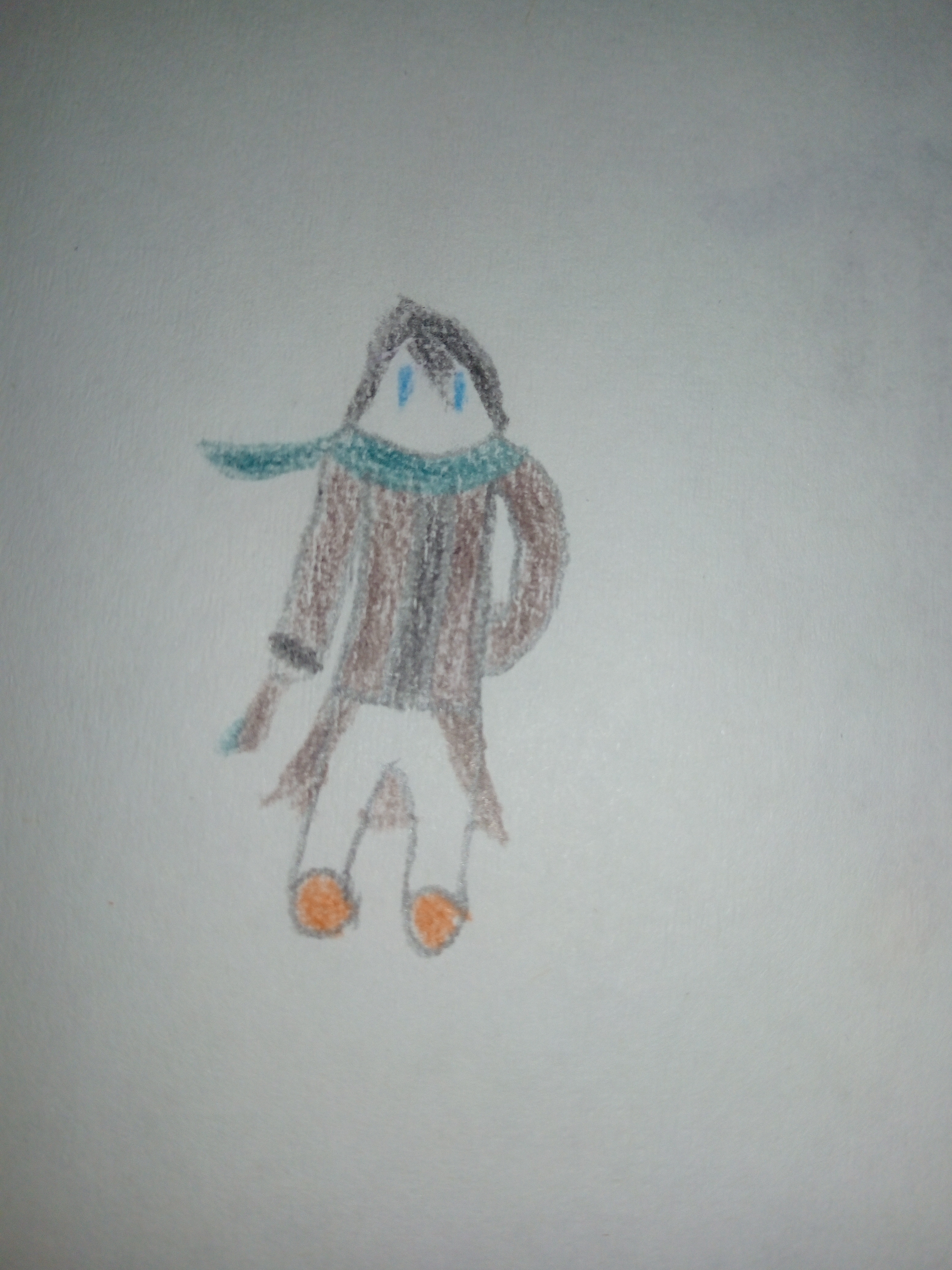 Personality: Calm, likes adventure. Often sneaks up behind the enemy.
Equipment: Wand of Sparking, Pulse Bow, Daedalus Stormbow, North Pole, Molten quiver, full frozen armor.
Abilities: None at the moment.
Quirks: Great at aiming.
Flaws: Bad at dodging.
Other: Knows the ancient floracian language.
Prefers being called by her nickname.
Always joined by her pet cat, Starlight.
She has beaten the Wall of Flesh and a Hallowed Mimic with nothing but the Wand of Sparking. 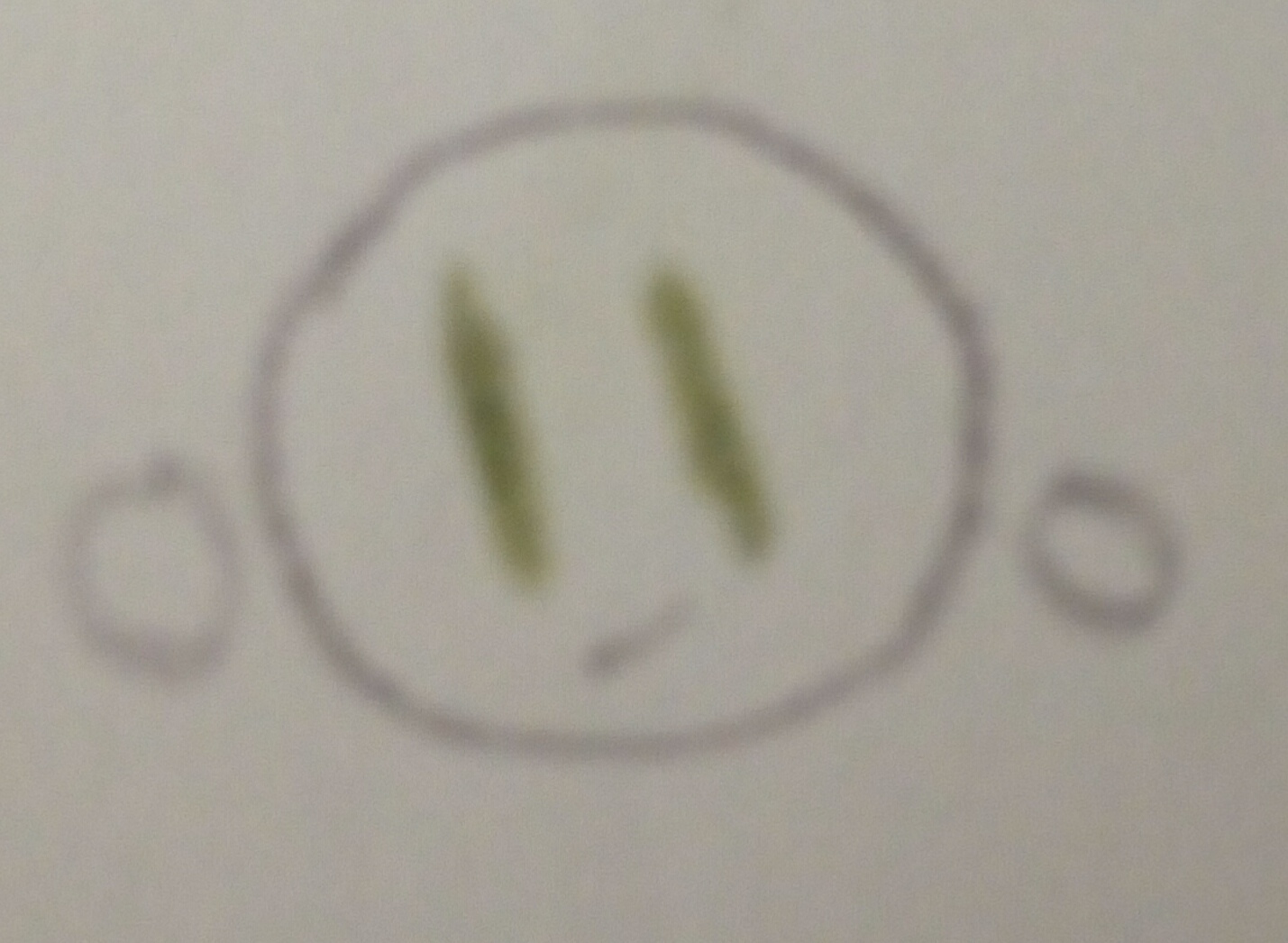 Personality: Tries to remain optimistic, but gets sad if he fails to protect his friends.
Equipment: a bow.
Abilities: Unknown.
Quirks: He's very observant, and can quickly tell if someone is friend or foe.
Flaws: He gets scared easily.
Struggles with being alone.
Other: He can speak, he just chooses not to.

Level: 69
Gender: None, because Victini can't have a gender
Species: Victini
Appearance: A normal Victini, but wears a light blue sweater, and has a purple scarf.
Held item: None.
Ability: Victory Star.
Other Abilities: Can blast off at high speeds. (they don't do this often.)
Moves: Quick Attack (Or Flame Charge, haven't decided which yet.), Shadow Ball, Helping Hand, and Solar Beam.
Quirks: High defense stat.
Flaws: Low attack stat.
Tends to be a bit clumsy.
Nature: Jolly.
Characteristic: Quick to flee.
Other (Also applies to Jirach): They don't have the defining trait of their species. (Mostly because that would be OP, and I know that.)
Text color: #e57a04

Age: unknown
Gender: Male
Appearance: View attachment 275138
Species: Human.
Personality: Evil and cunning.
Abilities: can turn most people evil with magic. (Cures: bright light, person affected gets defeated in battle.)
Quirks: he has somehow survived every encounter with Esther so far, and probably will survive many more.
Flaws: he often underestimates Esther's strength and skills, while also overestimating his own.
Other: he is Esther's arch-enemy.
Some people are immune to his magic. (Esther, Esther's Pokémon.)
Only text colors from here:
Amulet: #0b3d6b

Location
somewhere with all my gaming stuff

My OCs are at my profile page now, sorry ;^; 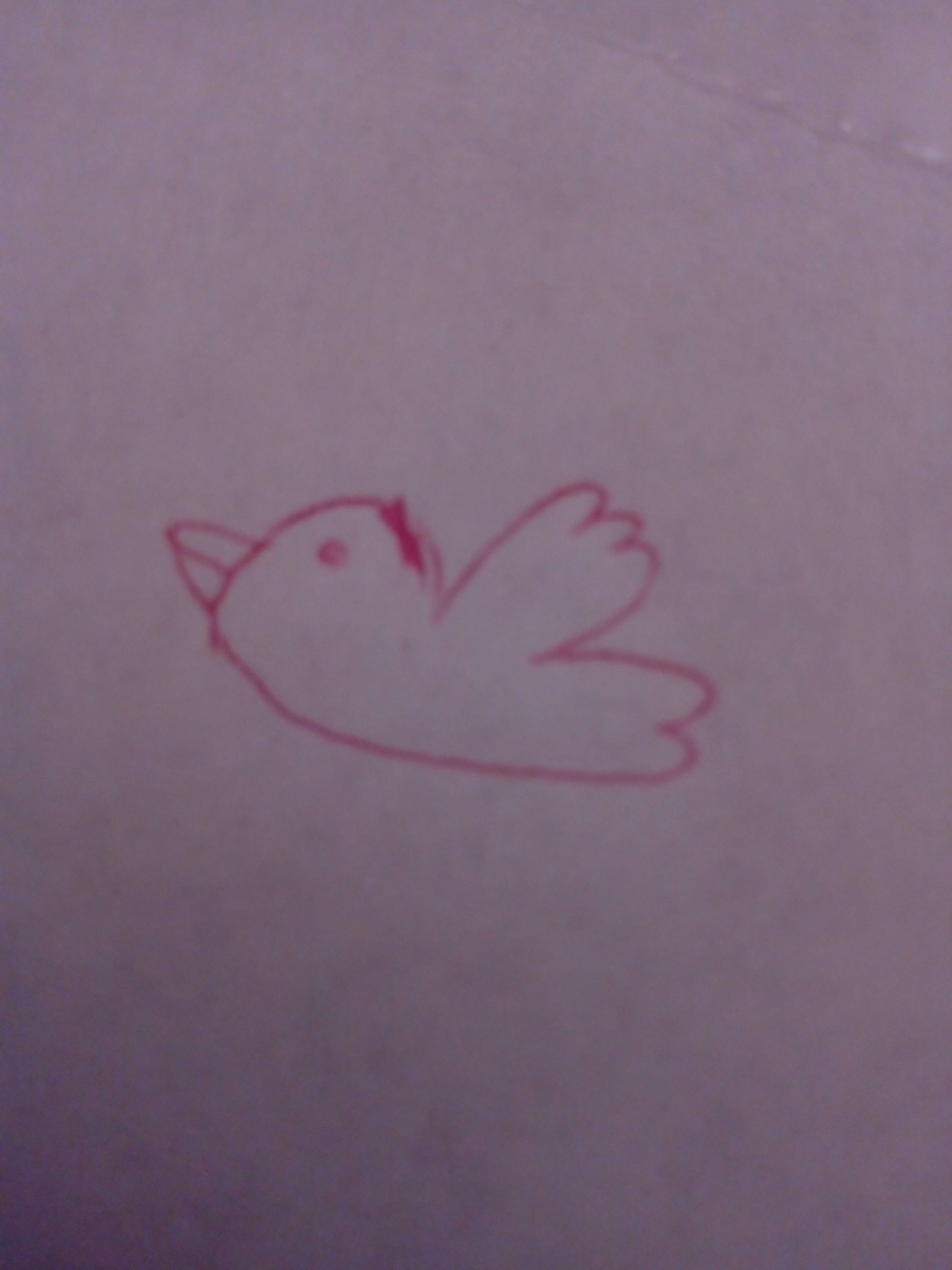 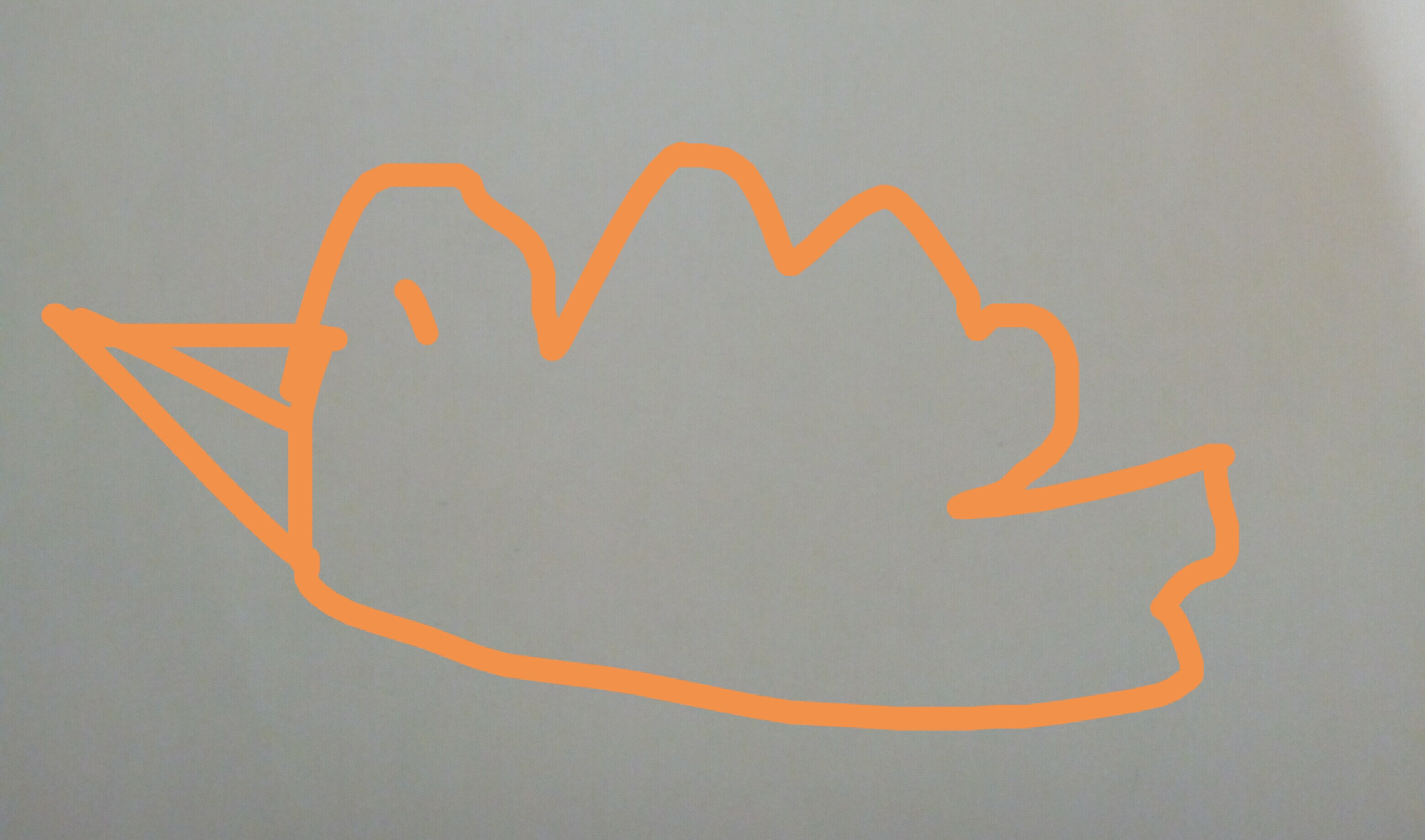 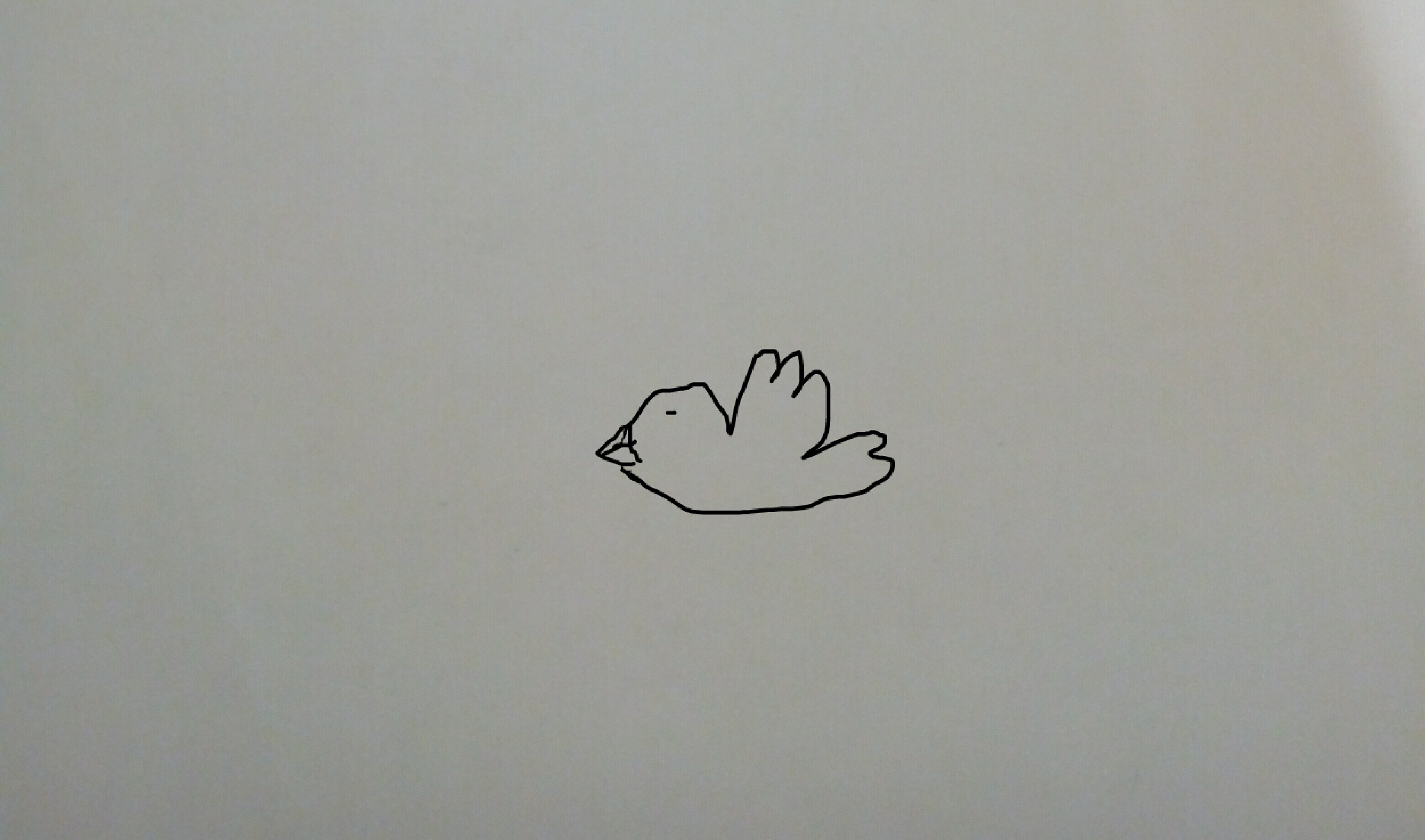 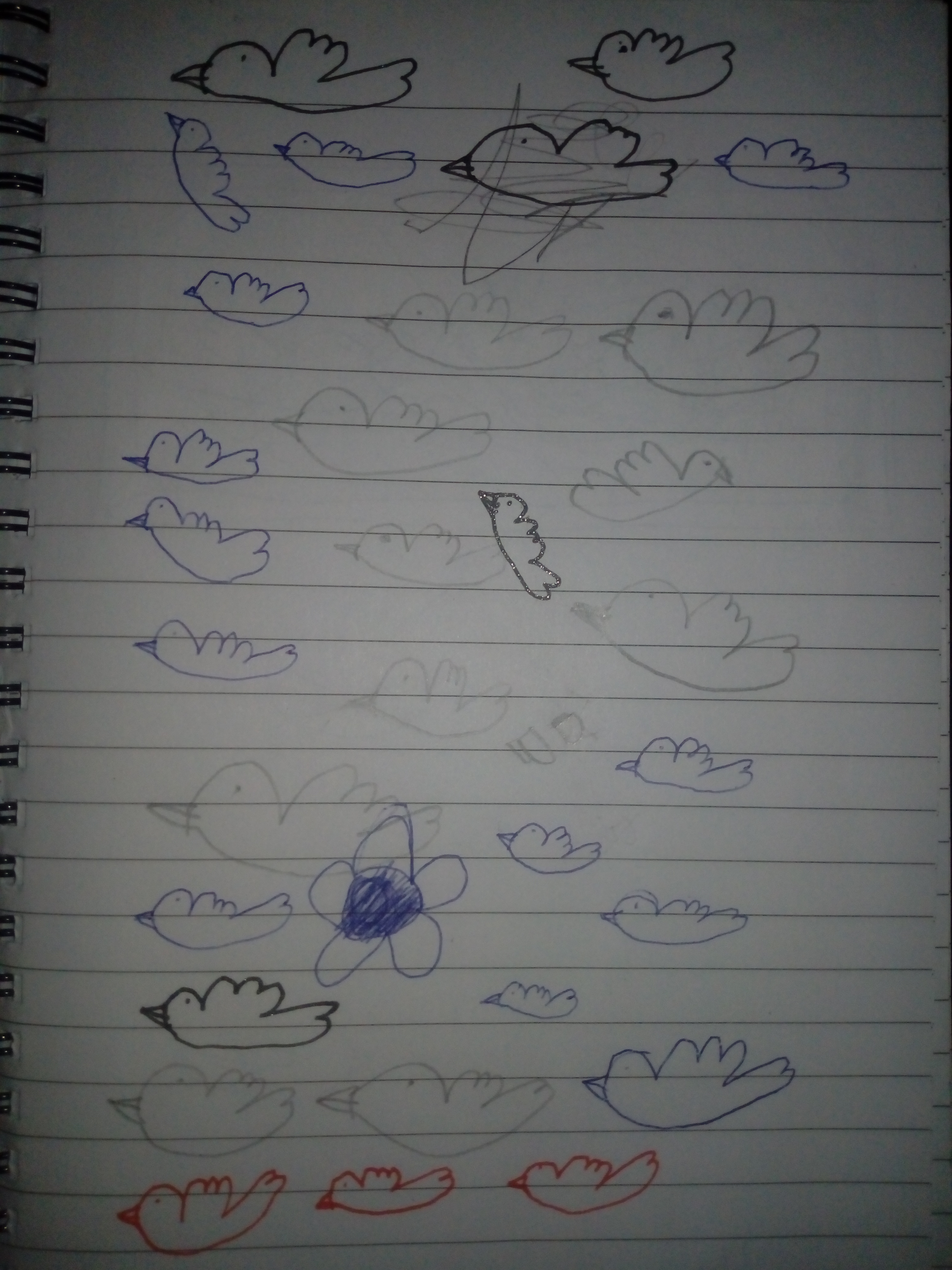 Random color generator
I got this slime from Archon The All-Knowing:

I got a shrimp from Buffling:

SimpleSparks08 gave me a life crystal:

Chir' said:
This makes it seem like blood types are some unlockable thing. Here's how you actually get a certain blood type: You have to be born that blood type.
Click to expand...