Hi everyone. I am a sculptor with a focus on character and creature designs. I'm endeared to Terraria and I thought I'd finally show my appreciation by sculpting a few things from the game with my approach to forms, colors and themes. My primary medium since I was quite young has been polymer clay, it is very versatile material that sculpts just like earthen clay, but can be treated and handled like plasticine.

Here is my regular portfolio. It has almost seven years of work. It should be safe for everyone but does include a wider area of character designs. Just a heads up. https://www.flickr.com/photos/eks3a/

Besides enemies and characters you'd find in the game, I also have a few ideas of my own that I could see being in Terraria or at least imagine them residing somewhere inside one of the biomes. They just don't seem to spawn very often, unfortunately. This also includes suggestion-based enemies and characters. 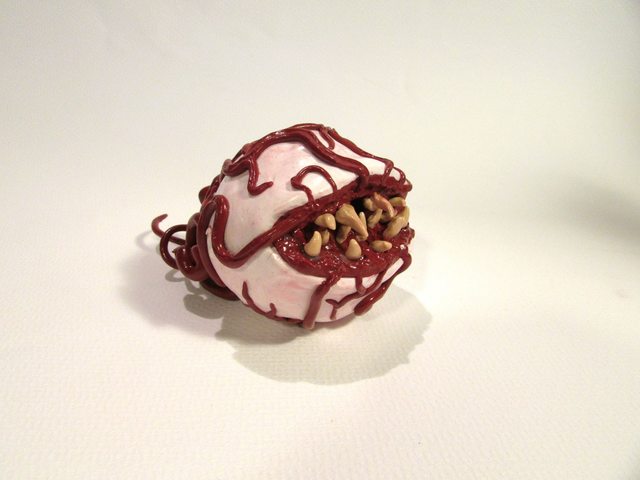 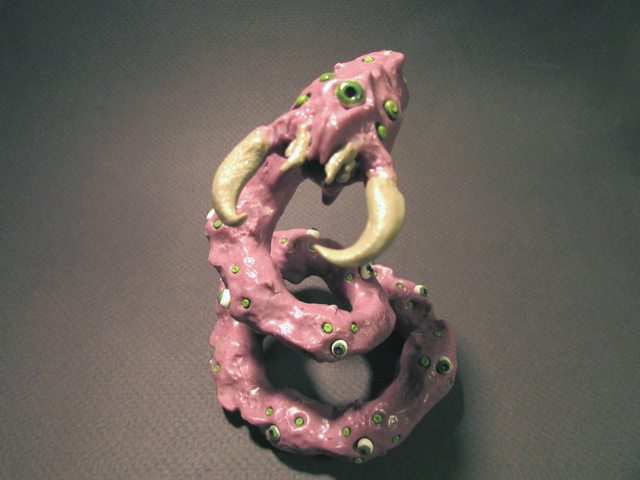 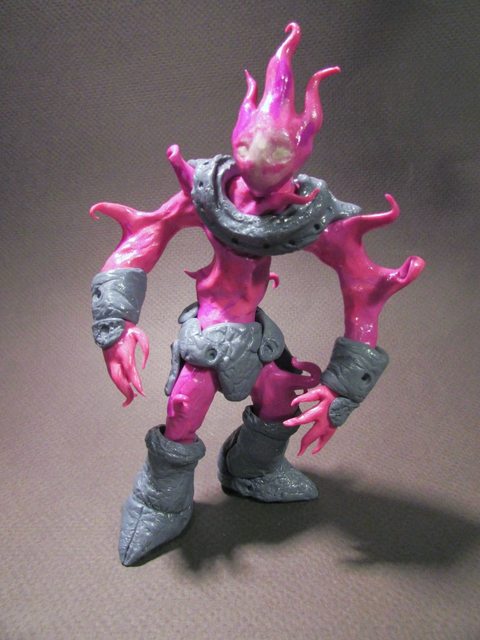 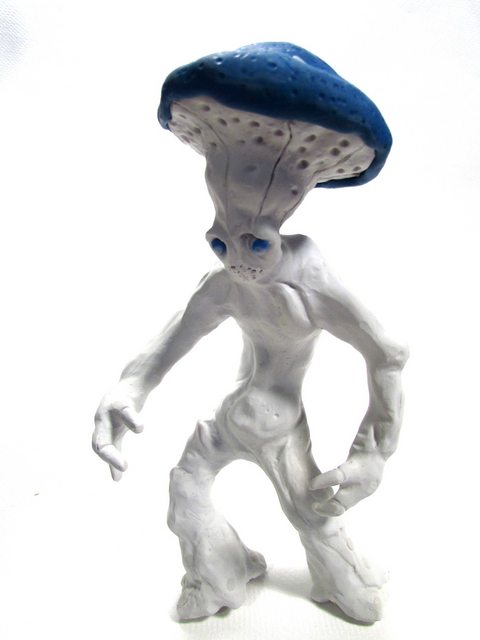 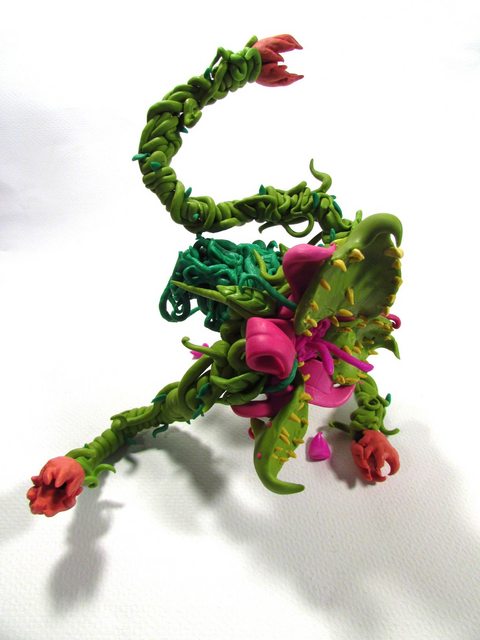 
In recent times, the Corruption has been stirring. Normally, the creatures behaved as slightly more malevolent termites, yet there is evidence of something resembling leadership from deep within the infestation. 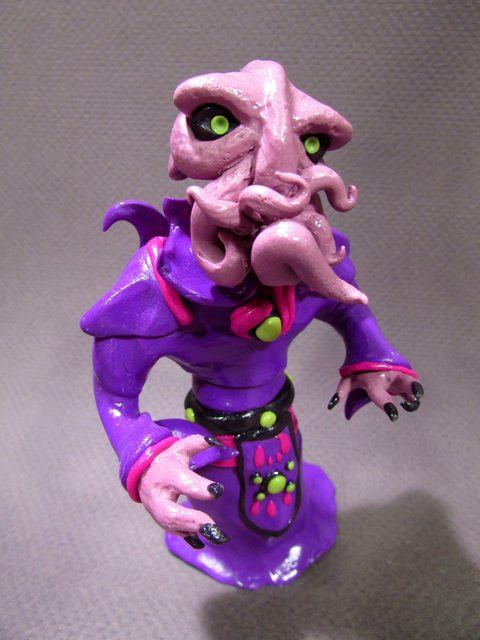 With the seal upon the spirits of light and dark broken, the mysterious aberrations have been empowered. These powerful warriors wield imbued replicas of the Cursed Hammer Sharur, symbol of the Corruption. 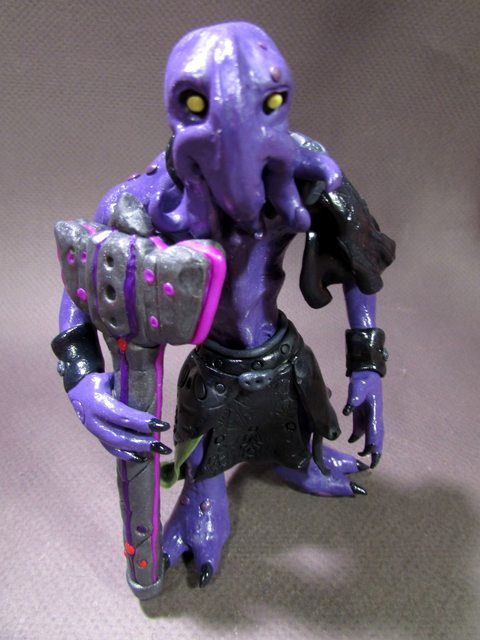 While these entropic beasts are similar to Chaos Elementals, their pearlstone coupling bindings shape them into a very different form. These predators roam Hallow-touched caverns and jungles. Their existence is unstable and they shift between planes, making them difficult to attack at times. 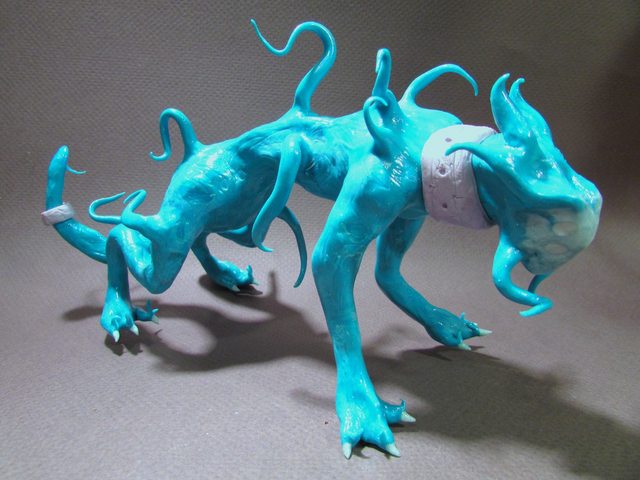 These ever-gazing retina tissue colossi are born of the Blood Moon. With many of the world's most powerful monsters personally felled by your hand, these abominations have found their perfect opportunity to beset reality. 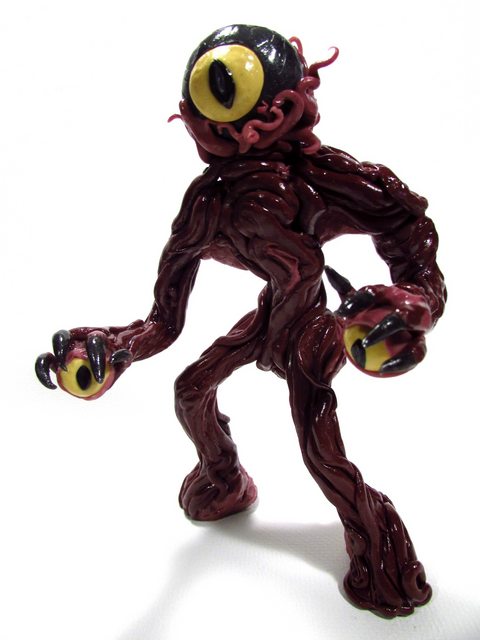 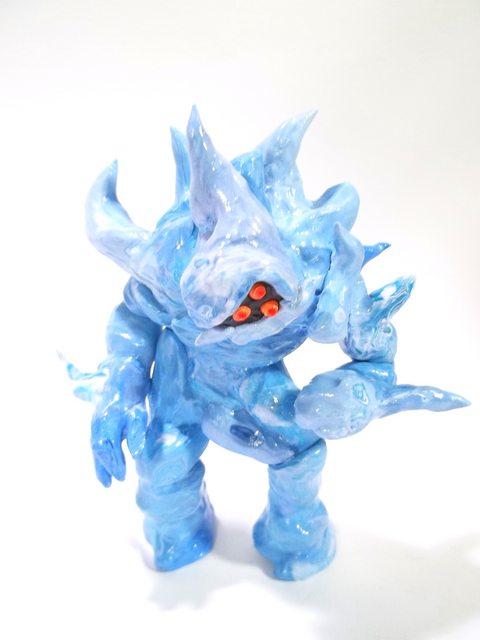 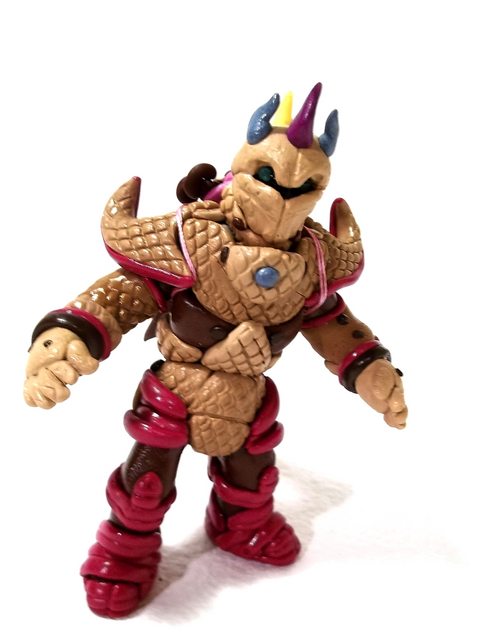 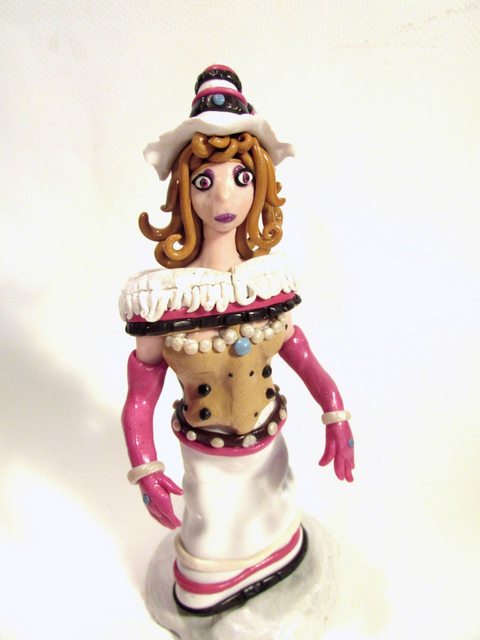 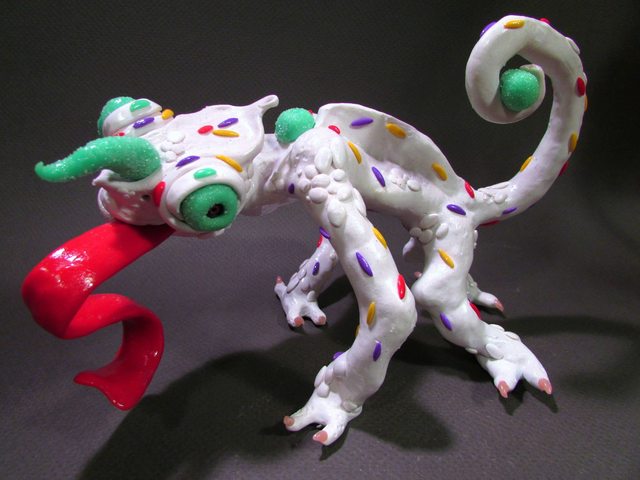 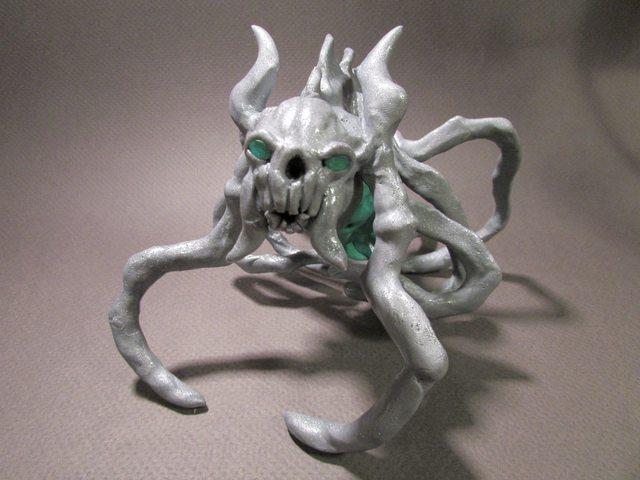 Spiced Bunny and Piquant Pillbug
It is extremely unclear if these are mutated animals, or sentient plants mimicking creatures. 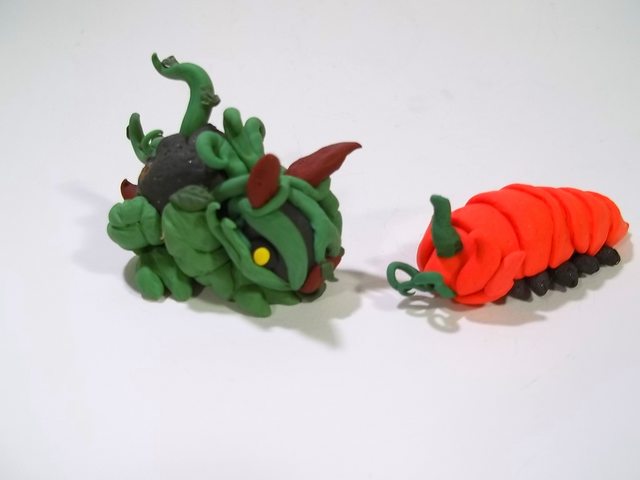 Vipepper
Is it venomous serpent or poisonous plant? The threat of an unfortunate end remains the same regardless. 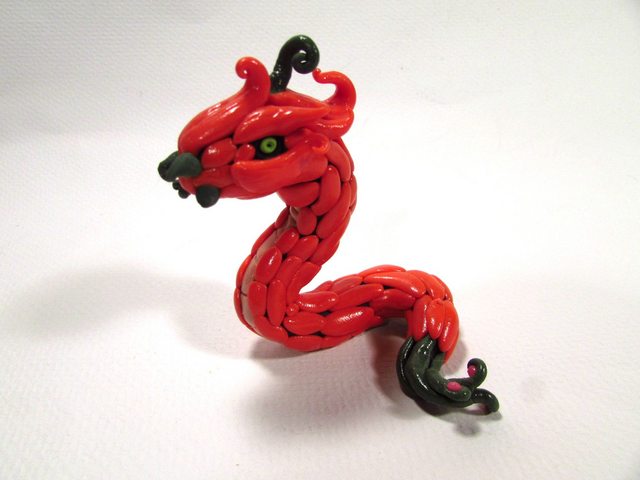 Soldier
These amalgams of soil and plantlife serve as the first defense for the Sensation. 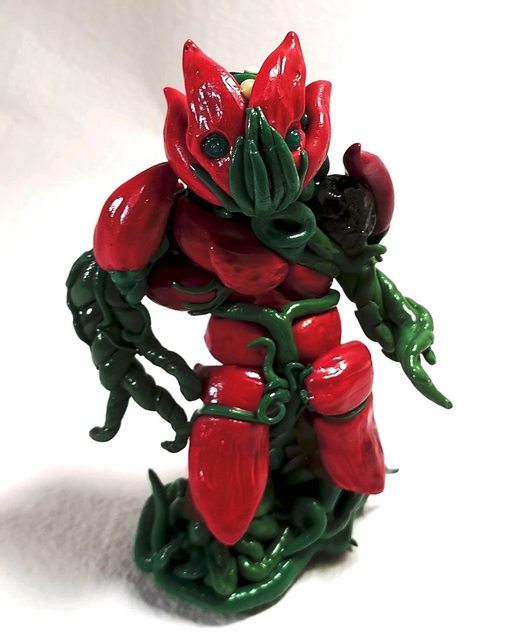 Elder
Powerful and fully ripened, Elders are rarely encountered yet immediately recognizable by their unique Bio-Armor. 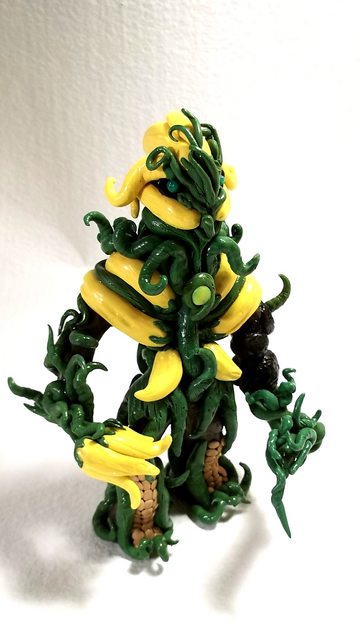 Pyromancer
Intelligent and territorial, these elementals can channel and direct their internal heat through abnormally grown vine scepters. 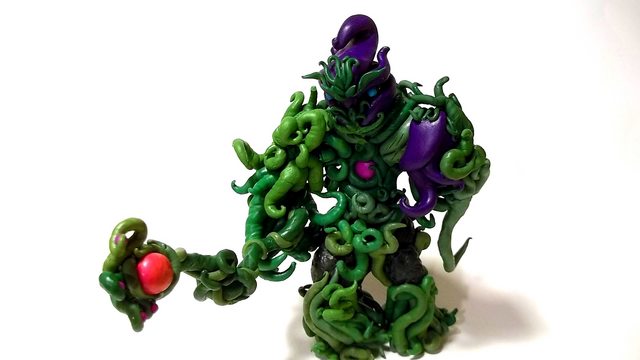 Infernal Tyrant
Elementals that were too powerful to properly banish to another plane were entombed in the earth.
Over eons, the special blend of rage and flame inherent within all Sensational beings mutates them into Infernal Tyrants.
This one is known as the Unsoothed, a fitting name for a creature with a perpetually lost temper. 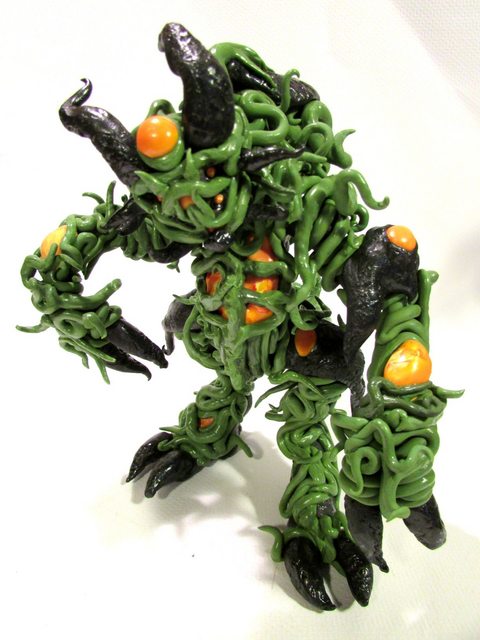 Jolokia
Amongst all the aggravated growth and seething rage, perhaps the essence of the Sensation has a sense of humor.
Or at least a willingness to blow itself up because it doesn't like what's happening. 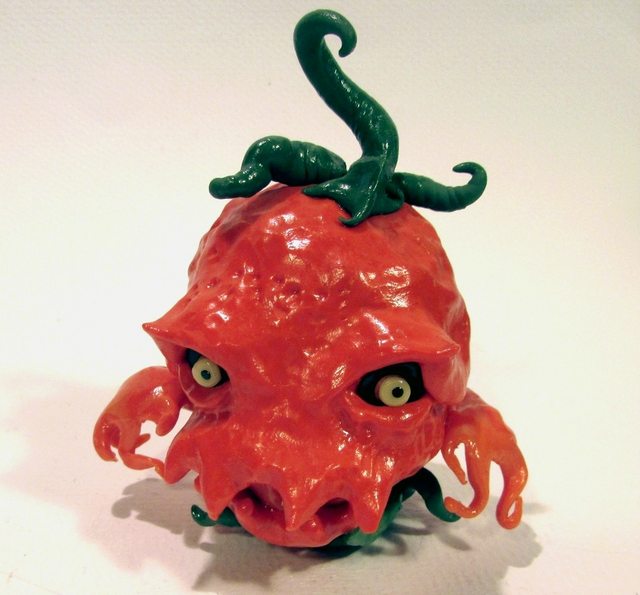 Morugandr
These elemental wyrms burn so painfully hot, their blood is like a poison to other forms of life. 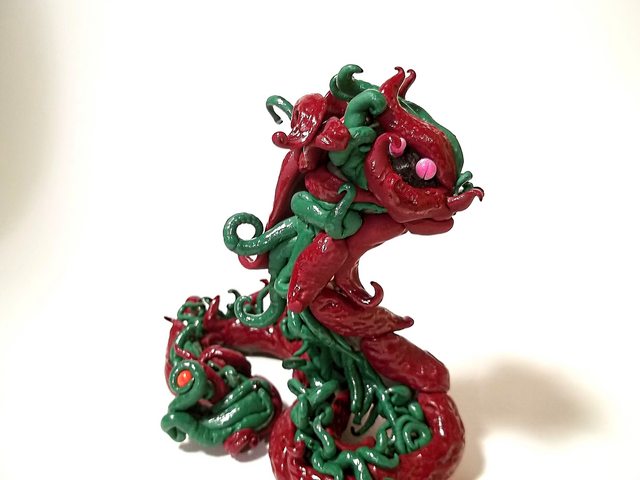 Roasted Mummy
While they often burn at a high temperature, they are still plants. Too much sunlight overcharges their vine-like nervous system, charring it. 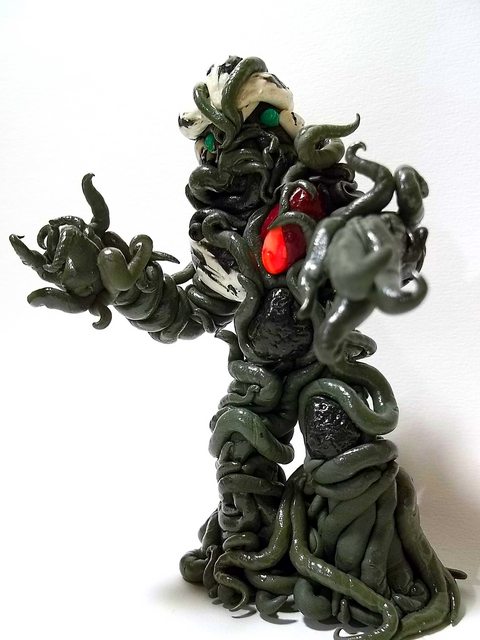 Sanshōgun
The ancient Serranoth Lords who attempted to set ablaze the world and stars, true embodiments of ruthlessness.
They were sealed away from this existence. That is, until you broke the Seal. 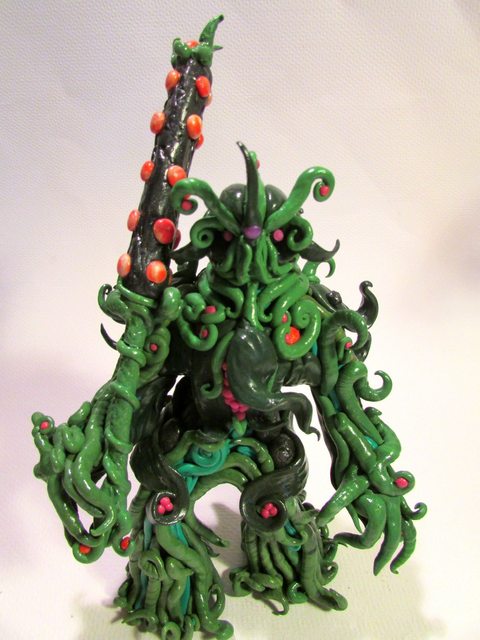 Pepper Reaper
The first avatars of the Sensation, these beings lost physical form long ago, yet refuse to be extinguished and persist as spectral masses of heat. 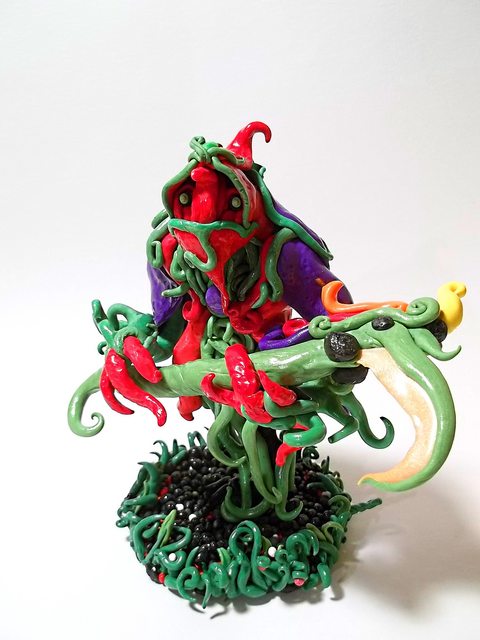 Salsamander
Should the Sensation be allowed to touch the planet's core, the raw molten energy allows the Essence to produce mockeries of the primal flame elementals, salamanders. 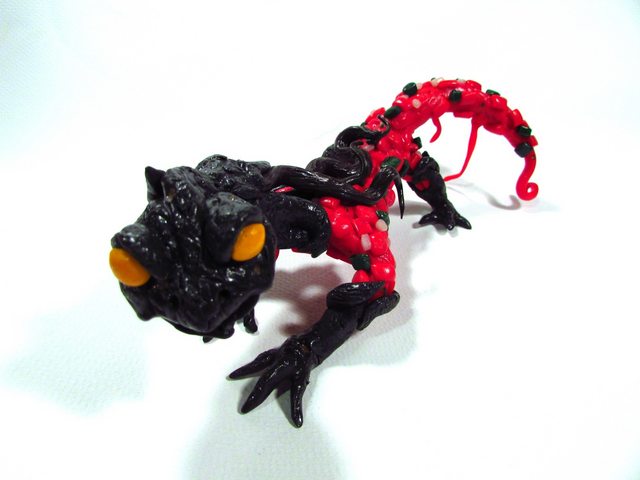 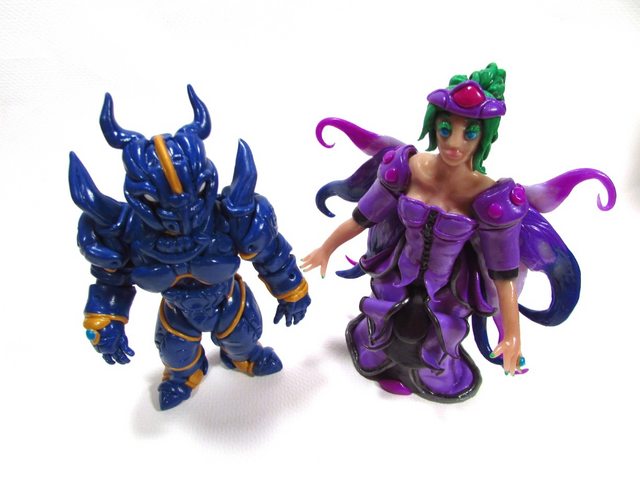 In case someone's curious or really likes my work, I'll be honest I don't intend to take requests. However, I might ask simple questions and take them into consideration. I can always take extra photos if necessary.

Awww yeah you finally got around to it! Excellent work as always! Very cool and sweet!

I see some new creatures there. You better start your suggestion threads!

This is fantastic! Amazing work!

I must say, my favorites are actually the suggestion-based ones; they have a quite unique appearance.

I was wondering why I havn't seen this before,
Appears you've made it today, lewl.

Anyway, I't really cool looking, and very unique too, as I havn't seen much sculpture artists here around.
I like how you've made the candy knight so well.

Keep up the good work!

Tis about time you posted these beauties. And that displacer reminds me of perfect chaos, with less floaty stuff.

These are great, quite great indeed. I like the Confection stuff the most, but only because they look so good they look like they can be edible.

Thanks everyone! A warm reception is always appreciated. I've got a few more things planned as well.

I know I already Liked this, but didn't get around to leaving a comment. It's great that you have a thread now! I mean, I've already seen much of your work before and my praise now just echoes what I've already said about how awesome it is, but it's cool to display it this way, especially since there are very, very few sculptors among the artist community here!

I think my favorite here is the Cremeleon. I really like how you managed to get that sugar-encrusted look on bits of it.

Keep up the great work!

Daimera said:
I think my favorite here is the Cremeleon. I really like how you managed to get that sugar-encrusted look on bits of it.
Click to expand...

Even so, I'm greatly appreciative that you stopped by to comment!

Yeah! The Cremeleon was a great experiment. That's real sugar baked on to the gumdrop eyes and horn. It's a lot of fun imagining what sort of creatures besides what Snickerbobble has already created would reside in the Confection.

So I got distracted playing Bloodborne. Here, have a Truffle.

Honestly, this thread is full of incredible sculptures. I'm loving these so far, I've always wanted to make sculptures, but I can never find myself doing so with a degree of success. Just want all these sculptures lined up on my mantelpiece or something; they're awesome.

These are all really awesome. Especially that Chaos Elemental, it makes me fear them more.

Great sculptures! How long does it take you to complete a sculpture? I'm curious how big or how tall those are...

Catz said:
Great sculptures! How long does it take you to complete a sculpture? I'm curious how big or how tall those are...
Click to expand...

Personally it takes anywhere from less than 2 hours to almost 30 hours, non-continuous, depending on how much detail goes into it. Most are within three to about seven inches tall on average.

The largest piece I have is two feet long head to tail.

I tend to make the armature before hand as a separate part of the process.

These are beautiful! I'd suggest something, but I don't know what yet...

Brutallama said:
Holy crap... How have I not seen this yet??

These are beautiful! I'd suggest something, but I don't know what yet...
Click to expand...

I'm in the same boat!