The Bundle of Balloons is (almost) literally impossible to obtain on a single world. Three Shiny Red Balloons are required, which is quite the steep requirement for any accessory. At least the Ankh Charm doesn't depend on a limited supply of chest loot!

So let's keep it as chest loot no longer!

Spawns at Floating Island level, not quite as common as Harpies, but you'll encounter them, I guarantee it.

It's a slime hanging from balloons. One balloon remains when it becomes grounded, to justify the Shiny Red Balloon drop.

Decided to try spriting it myself.

Starting off with the Bat Flying Fish AI, transforming into Slime AI when its balloon is popped, the Balloon Slime provides a way to obtain multiple Shiny Red Balloons on the same world without modifying existing accessory tinkering pathways. This allows the Bundle of Balloons to actually be crafted in a playthrough, because it becomes possible to make all three double-jump balloons without world-hopping.

And I know that Pyramids don't appear on every world. That can change. I'm sure @bad_news has me covered there. Oops, that's all I'm going to say.

The Shiny Red Balloon would no longer be found in Skyware Chests, which is an additional bonus because it increases the chances of finding other loot. Such is the nature of chest loot tables.

Yes, yes, yes, a thousand times yes. I am sick and tired of creating new worlds and hoping the floating island I fly up to has a balloon.

Actually, I have found three balloons in one world...But yeah, it's a good suggestion.

This reminds me of the Sky Jelly suggestion, but this would help.. a LOT.

Seems like a great idea. Makes Cloud in a balloon and Bundle of balloons easier to get without having to go aaaaaaalllll the way up there to the sky islands...on multiple worlds... 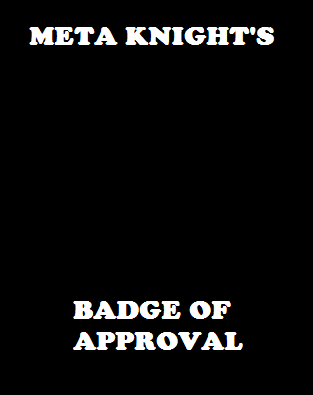 Approved. Support. Yes. Whatever i have to say to get the point across. This is really good.

Only one question: i read this a couple times and didnt catch where the slime spawns. Am i just being a derp, or is it really not there?

Well, I sprited 505games'd this guy for your suggestion. It's an amazing idea :3!

I am guessing these guys spawn in floating islands.

Nice suggestion! I'd prefer them spawning a bit rarer though, maybe like 3 times as much as a Wyvern. (in both modes, naturally)

6359_ said:
Nice suggestion! I'd prefer them spawning a bit rarer though, maybe like 3 times as much as a Wyvern. (in both modes, naturally)
Click to expand...

Thank you! As for the spawning, as long as the spawn rate and drop chance multiply to the same number, I don't think it matters too much.

Baconfry said:
Party Balloon
Sold by the Party Girl for 10 Copper.
Can be placed. Takes a random color.
Click to expand...

I'll be at a function for a few hours but I may be able to work up a sprite during that time. I'll definitely be able to after... ~8 EST I believe.

Edit: also, if they're not significantly less common than harpies your inventory is going to be flooded with them at 10% drop rate.

Hehehe, you should make them have a decreased jump height, just to contradict the item it drops! But this is really good.

Great idea! I can support this.

I don't think Bat AI is very appropriate, though. I'd prefer Flying Fish or Gastropod AI.

Anyways, I'm not too fond of having a Chest with only two primary items to loot. I would be more comfortable if there was a third.

SzGamer227 said:
Great idea! I can support this.

I don't think Bat AI is very appropriate, though. I'd prefer Flying Fish or Gastropod AI.

Anyways, I'm not too fond of having a Chest with only two primary items to loot. I would be more comfortable if there was a third.
Click to expand...

Gahhhhh... I never even considered the Flying Fish... but I think Gastropod is Hovering, which makes it dependent on solid ground to some degree.

Agreed, the Skyware Chest might seem a bit barren if we make this change. However, it is my understanding that melee and magic (with the Featherstorm) are the only classes represented in Floating Islands. We have room to expand.

Even if we don't do that, I could whip up an accessory idea real quick for this purpose.

I wanted to save that one for a kind of big suggestion I had the other day, but I kind of got stuck, so here you go.

I support. This way anyone can have a bundle of ballons

DerpoTheMagnificent said:
Actually, I have found three balloons in one world...But yeah, it's a good suggestion.
View attachment 9229
Click to expand...