Something is really badly messed up with the Sulfur Sea. 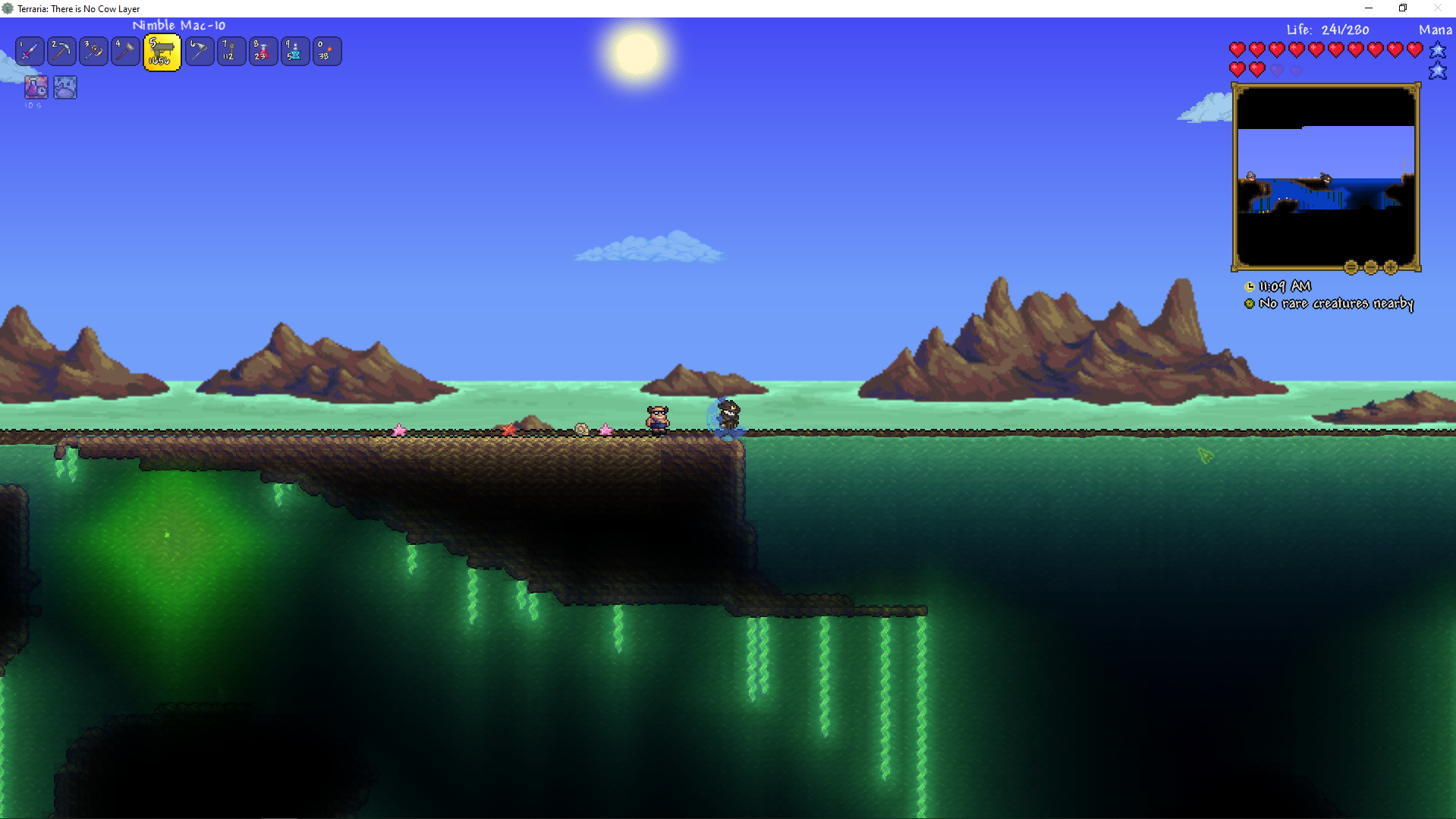 I am 100% sure it's not suppose to be this... flat. It looks like someone cut the top off. It looks EXTREMELY unnatural and like a bug.
Generates on every world, any size, and any difficulty, so it's something in the mod itself. Some fix for this would be nice, thanks!

Ahndrek Li'Cyri said:
Something is really badly messed up with the Sulfur Sea.
View attachment 287708
I am 100% sure it's not suppose to be this... flat. It looks like someone cut the top off. It looks EXTREMELY unnatural and like a bug.
Generates on every world, any size, and any difficulty, so it's something in the mod itself. Some fix for this would be nice, thanks!
Click to expand...

That does not happens to me, but it's weird

DinoZers said:
That does not happens to me, but it's weird
Click to expand...

Yeah it's weird it always happens to me but neither the logs nor anything else can give a explanation as to why.

After a few tests, I can 100% confirm that something is broken within Calamity itself.
Using a mod that lets me see how the world generates, all my Sulfur Sea(s) look like so: 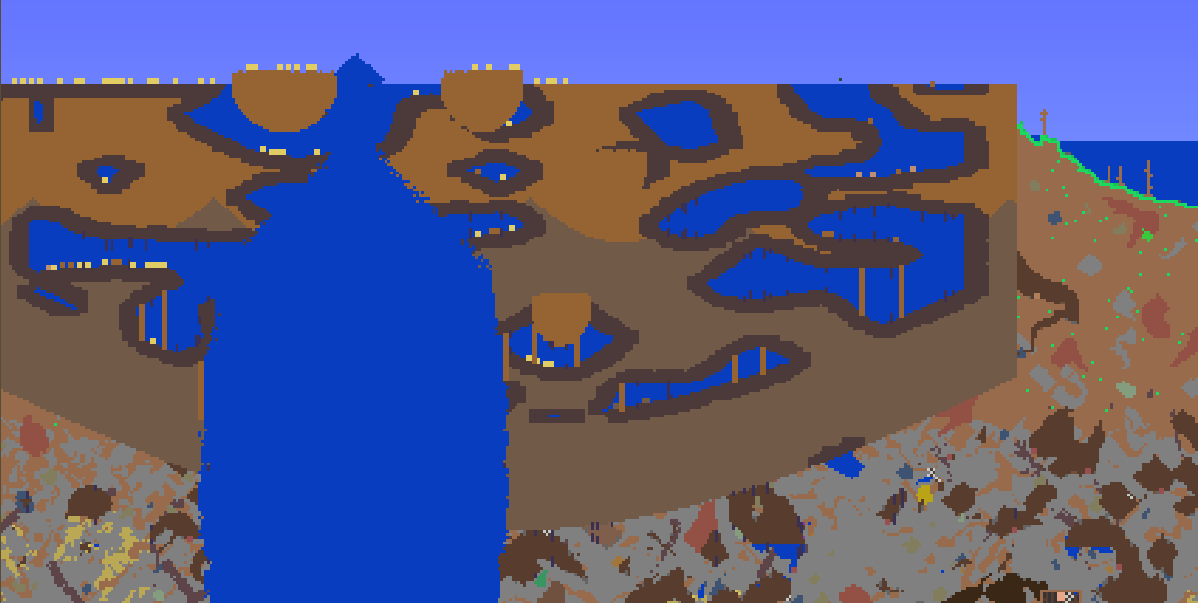 So yeah, safe to say the generation for the Sulfur Sea is COMPLETELY BUSTED and broken.
I'm a little surprised at how utterly bad it is, honestly.

gordonie said:
Hey guys, first time poster long time lover of terraria. Been playing for a few months now, beat vanilla then started looking into tmodloader. downloaded a bunch of the more popular mods and have been loving it ever since.

anyway posting because I am having some trouble with my client cashing. it had been awhile since i updated the mods because i didnt realize you had to do it manually through the mod browser tab, so i did that and ever since then I have been experience a crash everytime i play after about 10 minutes of gameplay. I get the following message "the game has ran out of memory, you will have to find out which mod is consuming lots of memory and contact the devs or remove it"

any idea on anything else would be much appreciated. thanks guys! awesome mod btw, best one yet.
Click to expand...

Sir, I’d recommend taking tModLoader’s message and disable a few mods to free up some memory. If all of the above don’t work, just follow the game’s advice rather than stubbornly look for alternate solutions.
S

Hey Developers, may i ask you to fix "Vile Feeder" (Summon item), it has no Immunity frames and its really broken for time you obtained (After EoW). 4600 dps with only 3 minions its kind of broken)

I think a curseforge download link can help me a lot

i just took a stroll through the first twelve or so pages of this thread, and it was nuts to see how drastically different the mod was then compared to how it is now.

Uh hey has anyone else been getting weird mob spawning behavior with Calamity enabled?
For some reason Green Jellyfish are spawning Pre-HM for me and well... yeah I'll just let the image speak for itself: 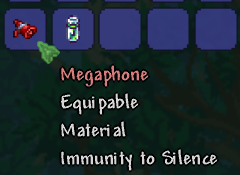 Okay one last bug report I promise XD
The Coral Cannon's Projectile comes out much higher then the barrel.

Hello, you have to nerf Scarlet Devil! It's too op! Here's the video:

whats the deal with the new statigel armor resprite. in my opinion it looks worse, i wish that there was an easy way for me to replace the files with the old sprites, but the entirety of the mod is in a .tmod file

Ahndrek Li'Cyri said:
Uh hey has anyone else been getting weird mob spawning behavior with Calamity enabled?
For some reason Green Jellyfish are spawning Pre-HM for me and well... yeah I'll just let the image speak for itself:
View attachment 288292
Click to expand...

So, I think there needs to be an easier way to find shrines. Yes, the items are overpowered, but they are SO HARD to find, and the stuff would be awesome. Like, there are kind of a lot of marble and granite caves, and even more glowing mushroom biomes. I don't know what the solution would be, but I feel like something needs to be done

The only real hard ones to find are the surface/underground and carvern. The Desert, ice and Hell shrines can only appear in those biomes so their spawn is rather easy to find. The granite, marble and mushroom are a bit trickier but still they only exist in those minibiomes so just keep searching for those minibiomes and you'll eventually find them. The last 2 are the real annoying ones as they can appear anywhere in the world.

Huggles said:
Those Sprites are really good. I hope this mod turns out great. I have hope for it
Click to expand...

Okay, so I finally decided today was the day I was going to complete the boss rush. Everything was going well, until I got to Astrum Deus. The fight is normal, until I get him down to half health. Then he randomly goes invulnerable, and despawns a second later. He does try to respawn, but immediately fails, and the fight just restarts the process on a loop. I know distance to the boss isn't the issue. I play on 1280 by 720 resolution, mainly for framerate optimization, and the boss's head and my character are both on screen when he initially despawns. I am also playing on single player, so trying to sync up with another player isn't an issue either. I've tried to see if any of my other mods were screwing with it, but ultimately came up empty handed on that front. Does anybody know a fix?