I was pondering the possibility of Terraria in LEGO bricks today. If Minecraft and Overwatch already have their own LEGO themes, why not Terraria? With the right permissions, it seems within reach.

Firstly, I'll explain LEGO Ideas. It's a site where anybody, with enough planning and diligence, can have their idea made into a real LEGO set. If an idea gets 10,000 votes from the community, it is reviewed by professionals, and, if it passes, it becomes real. If everybody chips in, we can do the same with these sets!

The first isn't created by me; rather, I found it on LEGO Ideas today, through a search for "Terraria". It includes four different variants; the Forest biome, the Jungle biome, the Corruption biome, and the Desert biome. Every one has unique structures, trees, caves, ores and so on. They can all latch together as well, making it modular. Here's the link, if you want to support it or just check it out: 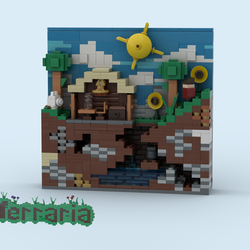 Terraria is action-packed 2D survival game with numerous unique biomes to explore and countless enemies to fight. While Terraria is considered to be a “sandbox” game like Minecraft, it focuses much more heavily on defeating bosses, collecting... 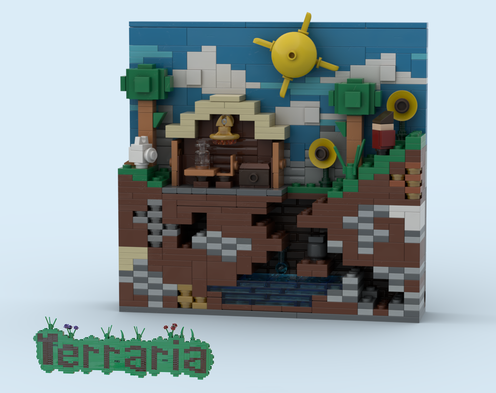 The second includes a wide variety of minifigures, brick-built monsters, and an incredibly cool model of the Destroyer. Currently, this one is more popular than the first, but personally I think it's hard to compare the two. Again, if you want to support this one or just take a look, here's the link: 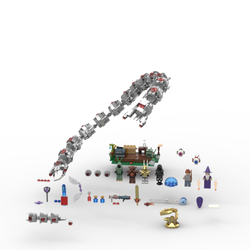 "You feel vibrations from deep below.."In celebration of Terraria's last update (Journey's End), which was released on May 16, I have created The Destroyer out of lego bricks! In Terraria, The Destroyer is a huge mechanical worm and one of the... 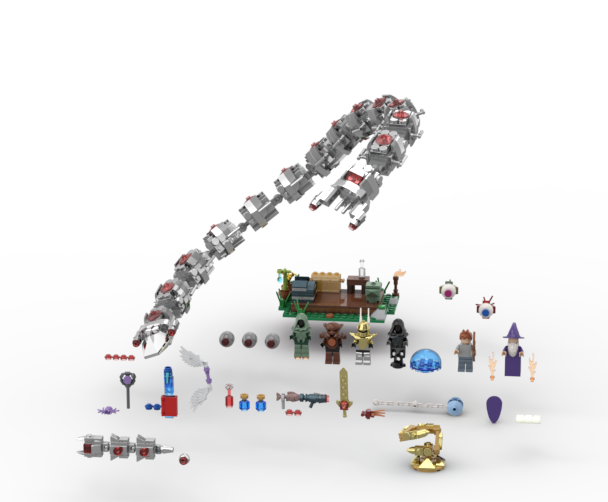 As the above link so accurately states, there's no time better for something like this than just after the release of Journey's End. Let's get some support for these great ideas!
Last edited: Jun 30, 2020

Oh that first one remembers me of the biome series thing ReLogic is planning with animegami (I think)!

And I love the detail put into them! The second one has lots of items (maybe a bit too much IMHO), and that destroyer is looking menacing, while still being doable by the average Lego player. Also I love you even put in the relic and the pet!

Removing my like right now and clicking on LOVE instead!

PS: That makes me wonder, if this becomes a thing, an other boss sets might me cool too!

Hate to rain in on the parade but I'm going to be a party pooper here, but with good reason. When I look at those pictures, specifically the land ones, it doesn't stand out to me and say "Terraria" like the Minecraft Lego series does with Minecraft. It was a great fit with Minecraft as it is so blocky, but Terraria is more fluid and refined despite still being heavily pixelated. I know I'm not wording that right.

What is Terraria? What makes Terraria Terraria? If I ask myself this I think of things like the biomes. More specifically though the creatures and bosses. King Slime, Plantera, Wall of Flesh, Golem, Floating Eyes of all Types, Brain of Chluthu, and such. As much as it does have crafting and is a great building game I feel its so much more of a fighting game. The second one added in the Destroyer which I think fits the idea better.

I think some new, custom creatures specifically made for Terraria but in a Lego theme would work very well. Less focus on the land/landscape, aside from things like orbs/hearts or maybe statues, and more focus on the player(s) and creatures of the game. That's kind of the way Star Wars went with Lego and was very successful. It was all about the figurines. Of course they had ships and bases but most of those utilized already made Lego pieces just built to represent ships and stuff.

I agree. Lego Minecraft worked because Minecraft is more about building, so they could think of builds and stuff to make sets. with terraria, you just can't do that, as building isn't as much of a priority in terraria as it is in minecraft. (i know npc happiness but still) So less focus on landscape and more focus on the many strange creatures and bosses would work very well for terraria. But when it comes down to it, I still feel terraria would work best as a lego minifigure series. Different armors as minifigures. I may sound crazy, but It would be such a good fit seeing as terraria is more focused on combat and collecting loot. The only sets I can really think of is the bosses (like the second example)

Forgot about the NPCS. Those also scream Terraria.