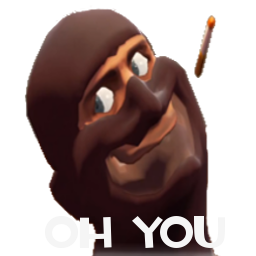 ="505Games-Mobile, post: 634372, member: 24476"]
Changed the starting items, now a player starts with a wooden broadsword instead of a copper broadsword
Click to expand...

Noo, I wanted a copper shortsword in the game as default D:[/QUOTE]

I have awaited longer days and nightz for yearz. Ever since I found out nightz here are way shorter than PCz I be like FUUUUUUUUUU!!!!!

I like this me Vary happy keep it up (roar)

Mint said:
They didn't mention the Amazon crashes being fixed

Note that the Amazon and WP versions are ALSO getting the earlier updates/patches that iOS/Google Play already have (those addressed a lot of the crash issues) at the same time.

Everyone will be at the same place once again.

what is exactly dose this mean...

505Games-Mobile said:
Chlorophyte is able to turn corrupted/bloody grass into grass and dirt into mud
Click to expand...

Loki said:
Note that the Amazon and WP versions are ALSO getting the earlier updates/patches that iOS/Google Play already have (those addressed a lot of the crash issues) at the same time.

Everyone will be at the same place once again.
Click to expand...

K thxs for telling me

Heh. Convenient. I actually found an iOS screenshot of the new update. The last screenshot shows new items such as rails. (I'm not sure if it can be seen by Android users)
T

I got the update that fixed the bugs
But it did nothing.

It said these things but it still happens.

Can't break lizard door with explosives.
And
Constant crashing all the time.

So can you please fix this for android
Thank you.
J

While I am not a Mobile Terrrian I am most glad to see these very nice changes!

Hot on the heels of our Terraria on mobile1.2.3-1.2.4 announcement (in case you missed it, click HERE to check it out!), we wanted to share some of the other things we have been working on in parallel for Mobile. We hope this round of information and updates will continue to help improve the Mobile Terraria experience for everyone - as always, your feedback is most welcome and encouraged!

ALIGNING MOBILE: BALANCING & BUGFIXES​
We will be releasing a rather large set of fixes and balancing changes within the next several weeks for all platforms - including Windows Phone and Amazon Appstore (more on that in a second). The changelog for these changes - compared to the current App Store (iOS)/Google Play builds - is listed below for your information. We worked alongside Re-Logic to drive a lot of these changes (thanks guys!), and we are confident they will enhance Terraria on mobile to a noticeable degree. We have additional plans in the queue - along with continuing to find and fix bugs/issues - that we will share at a later date.

Windows Phone and Amazon Appstore players - we wanted to take a second out to speak directly to you. We know you have waited a long time for all of these fixes and tweaks that have been rolling out of late to App Store (iOS) and Google Play players. This was an unfortunate side effect of the fast and furious pace with which we have been trying to gather and fix bugs, rebalance, etc. coupled with the varying submission processes and requirements across platforms - we were stuck in a catch-22 with either staggered rollouts or waiting until we had one big list to push through all at once. We chose the latter - now the great news is that the fixes below (coupled with all of the earlier fixes for the other platforms) will be submitted at the same time. In full transparency, this still likely means a few weeks lag for you guys - based on those submission processes - but it IS coming your way.

This will bring Terraria back to feature parity across all mobile platforms prior to the 1.2.3-4 content update.

TERRARIA MOBILE FAQ​
We have developed - and will continue to build upon - an internal and external knowledge base with the goal of improving the customer service experience. Flowing out of that work comes our Mobile Terraria FAQ, which is available by clicking the header text above. This thread will contain useful information for getting started, checking specs, reporting/resolving issues, and more. It is also a "living document" - one that we will add to and edit over time as things evolve and change.

Well, that is it for now. We cannot wait to get both the fixes above and the coming content updates in your hands very soon. We have other plans in store for Mobile Terraria - but we will save those for another time.

Enjoy everyone - and please never hesitate to tell us how we can help improve your Mobile Terraria experience!
Click to expand...

On the subject of WinPhone and Moga, any chance of Moga support for WinPhone? I understand that it's likely not highly demanded. More of wishful thinking on my part.

Sounds awesome!!!! Wait... no rod of discord fix? whatever.

The two hotfixes I'm most excited about are the new day and night durations, so Mobile players can get to the final wave of the Pumpkin Moon and Frost Moon easier, and the Auto Aim being fixed.